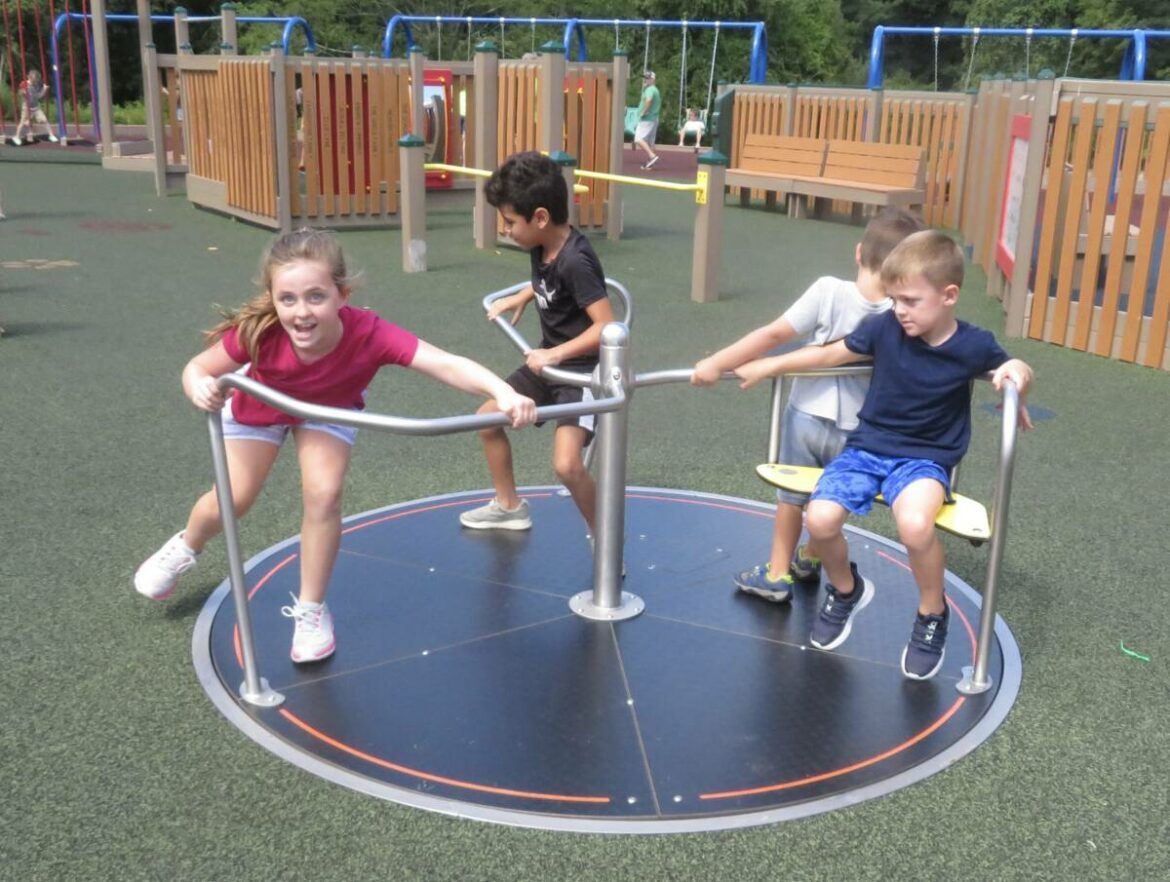 The Merry Go Round is a popular feature of The Wolfe's Den playground at Wolfe Park.

MONROE, CT — Families and town officials, many who were volunteers, attended a dedication ceremony for the new Wolfe’s Den playground at Wolfe Park Saturday morning, as children played on its swings, slides, Merry Go Round and other fun features.

The project was led by the Monroe Playground Foundation, a nonprofit whose volunteers held numerous fundraisers to help raise over $700,000 for the project, which was designed by Leathers & Associates. 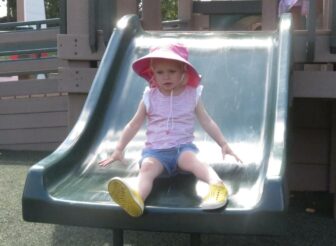 Tessa Fischer, 2, of Yarmouth, Maine, slides down a slide at The Wolfe’s Den playground at Wolfe Park Saturday morning. Her family was visiting a cousin in town.

The effort also benefited from generous donations by businesses, organizations and individuals. On Saturday, a check presentation was held for a $105,000 donation from the Monroe Lions Club.

“For the 70th consecutive year the Monroe Lions have come through,” said Frank Bent, the nonprofit organization’s president and a board member of the Monroe Playground Foundation. “We are pleased to be able to donate to The Wolfe’s Den. We hoped it would be the Lions’ Den,” he added with a laugh.

After a naming contest, it was decided that the new playground would be called The Wolfe’s Den.

The fundraising effort led up to Build Week, when 1,200 volunteers dedicated 30,000 hours in a community build.

The project was five years in the making as volunteers overcame delays and rising construction costs caused by the COVID-19 pandemic.

The Wolfe’s Den has replaced the aging wooden Kids’ Kreations playground, which was built in 1992. A time capsule buried by the original volunteers was dug up, revealing children’s drawings, photos and other artifacts.

Volunteers for The Wolfe’s Den also buried a time capsule of the new playground, which should last for around 50 years. 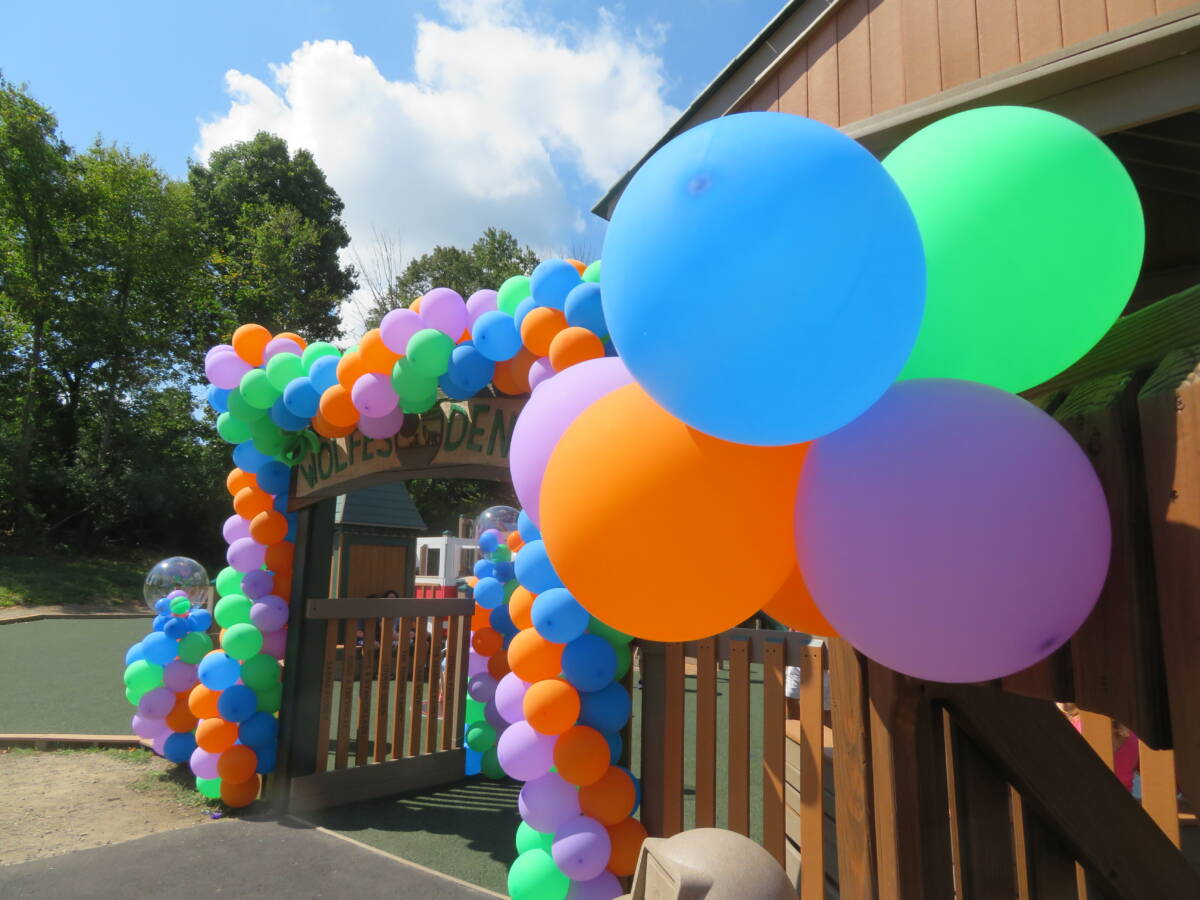 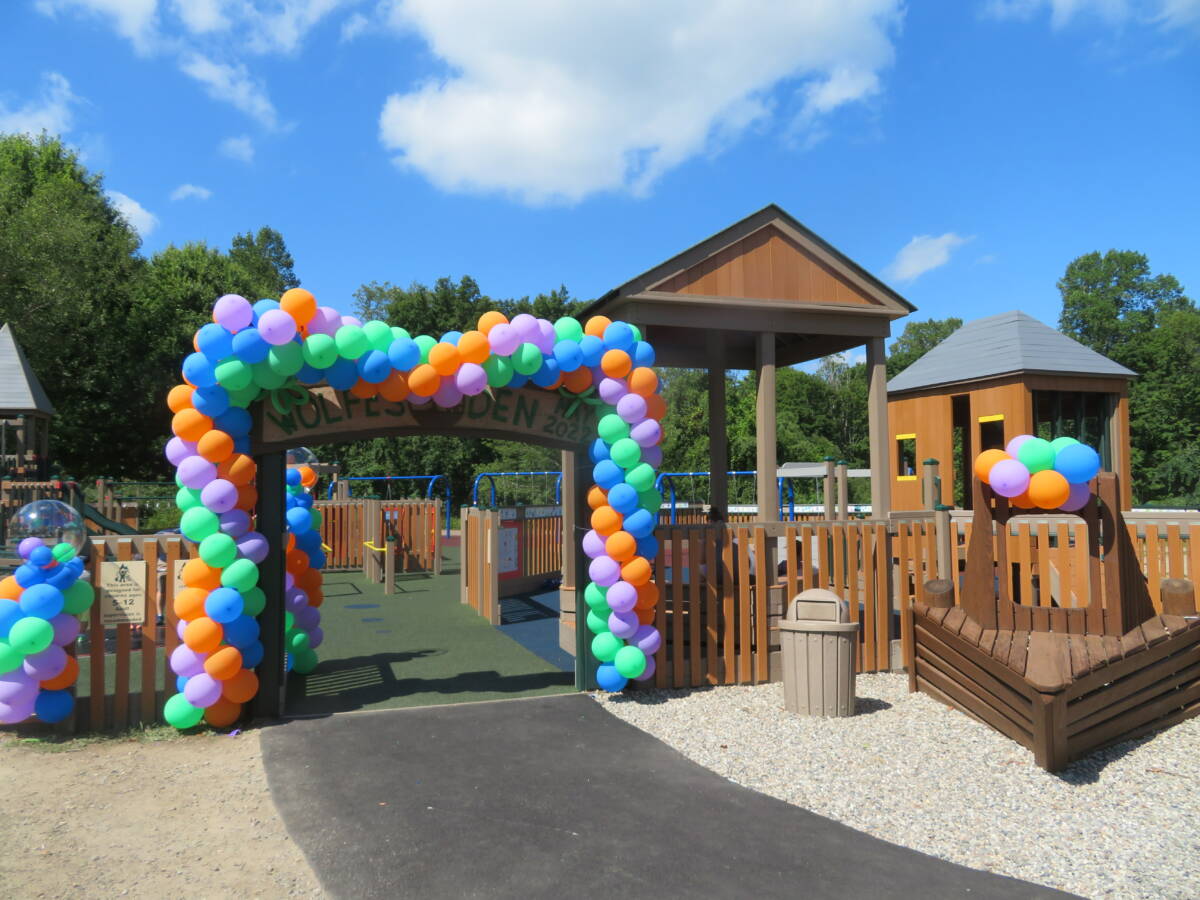 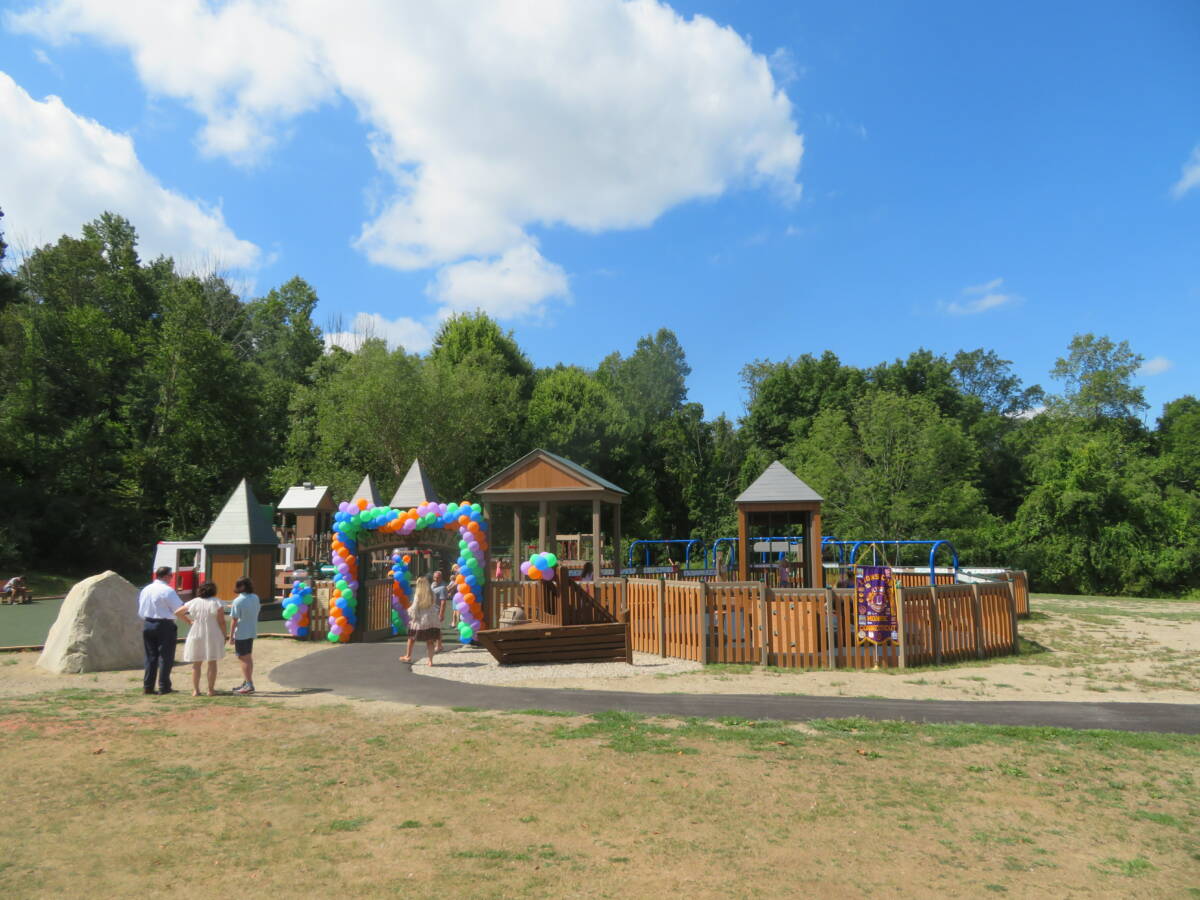 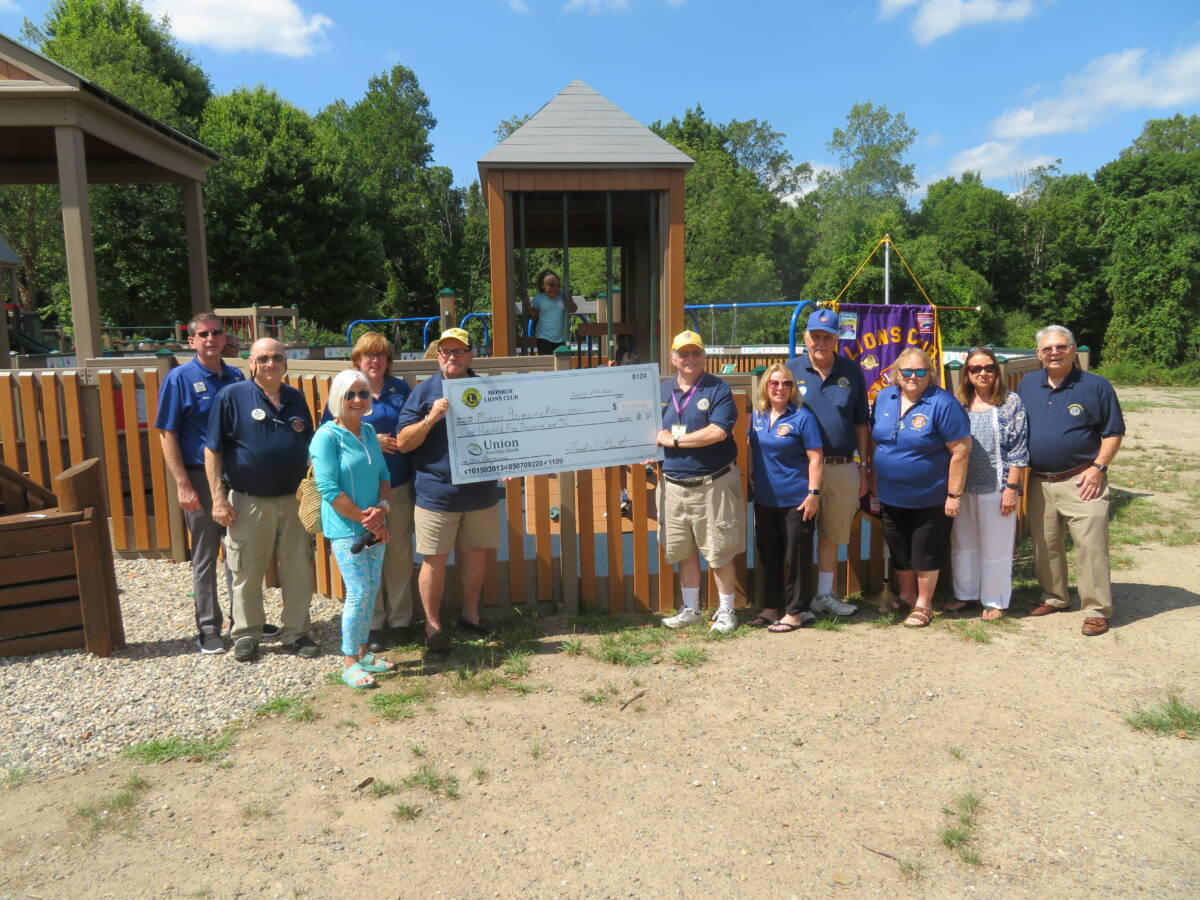 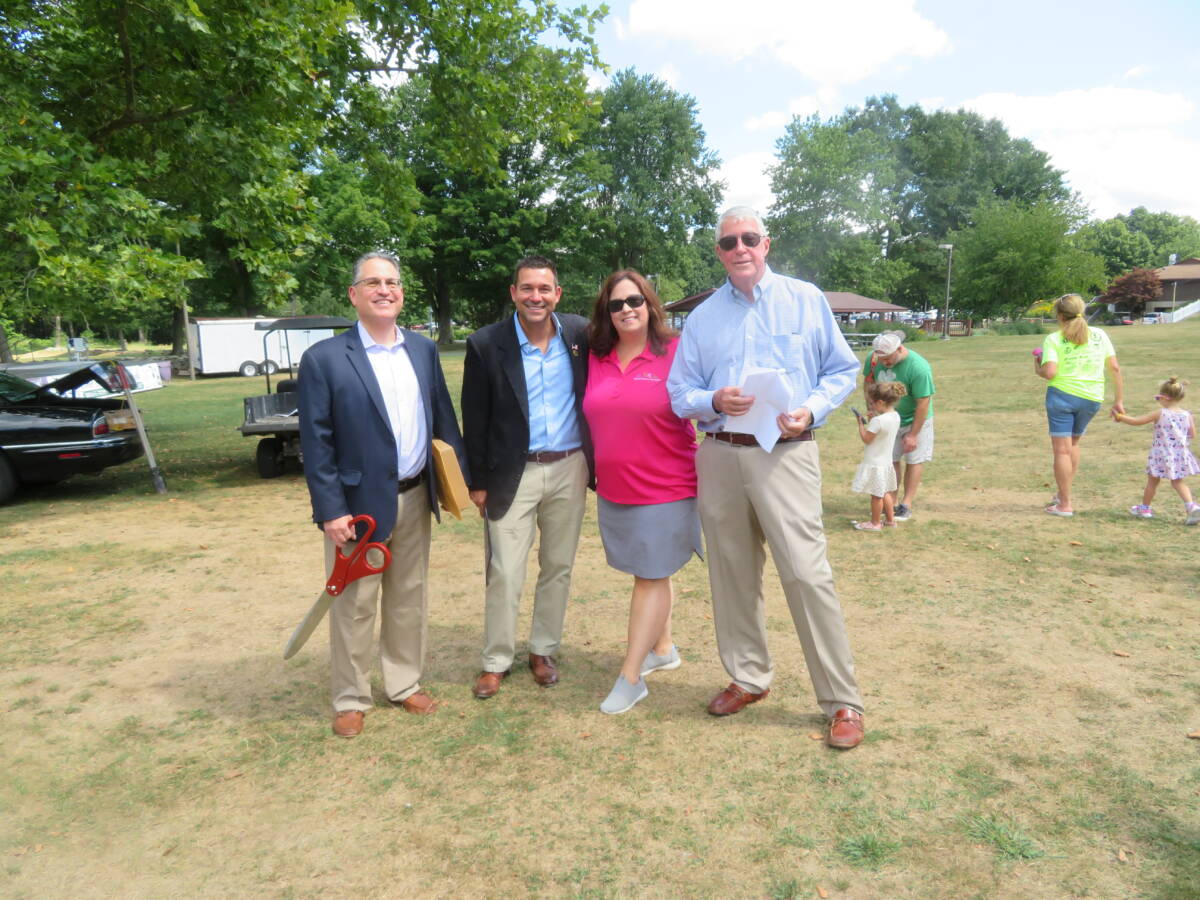 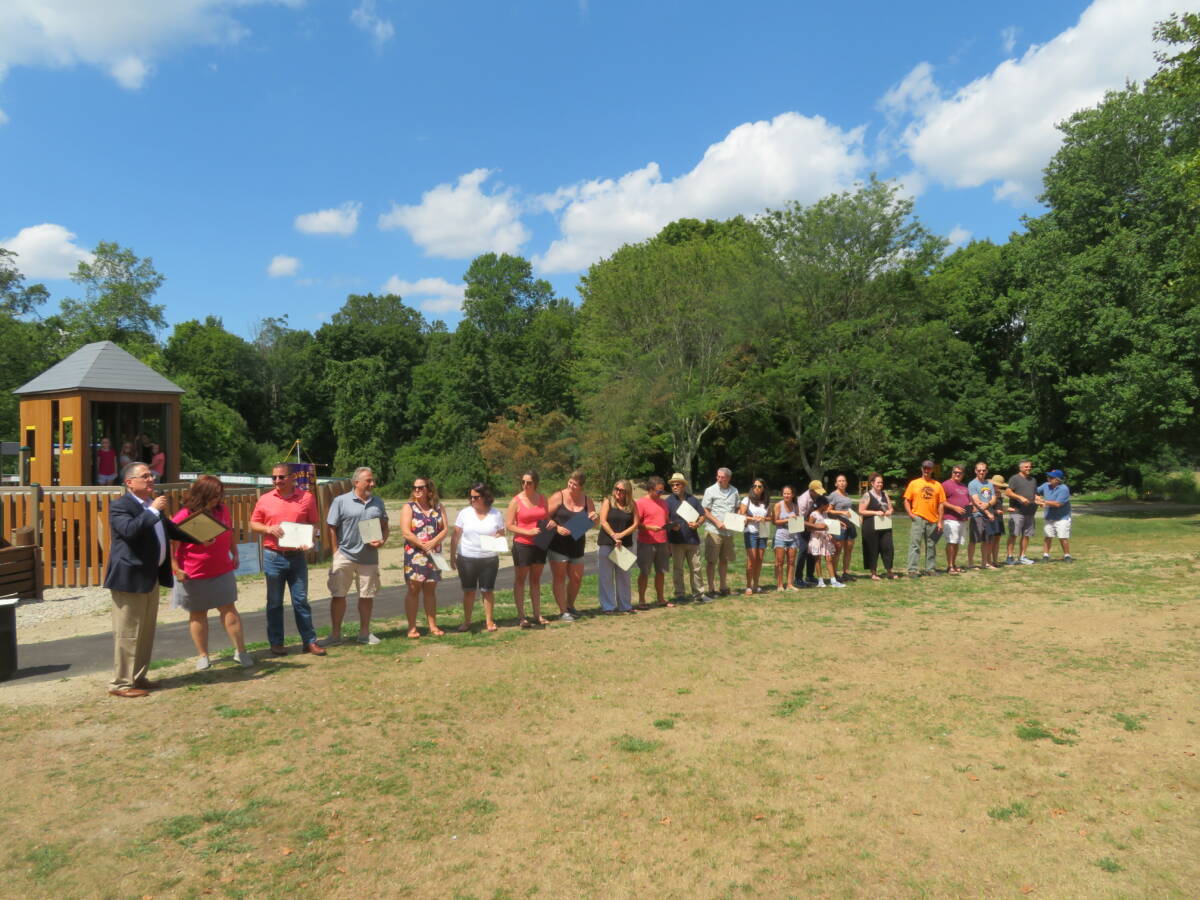 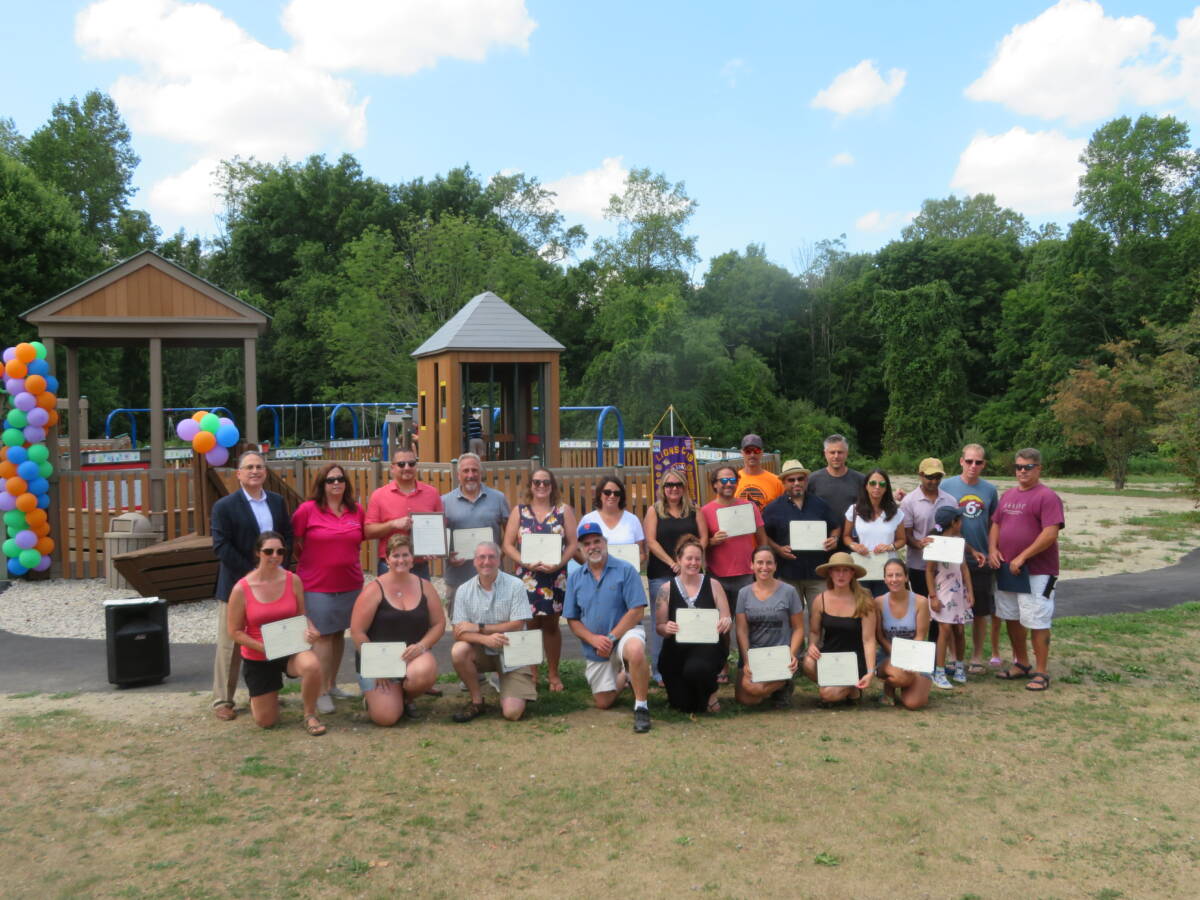 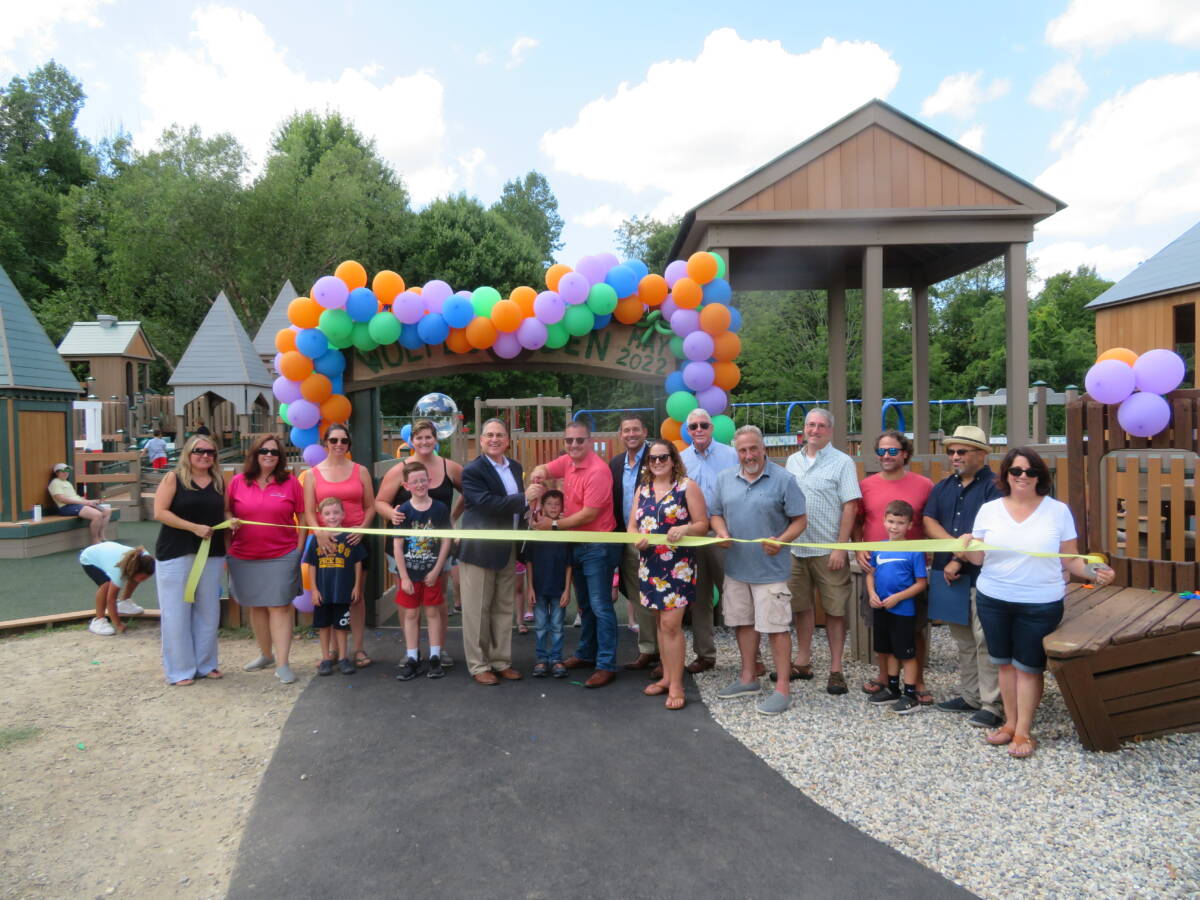 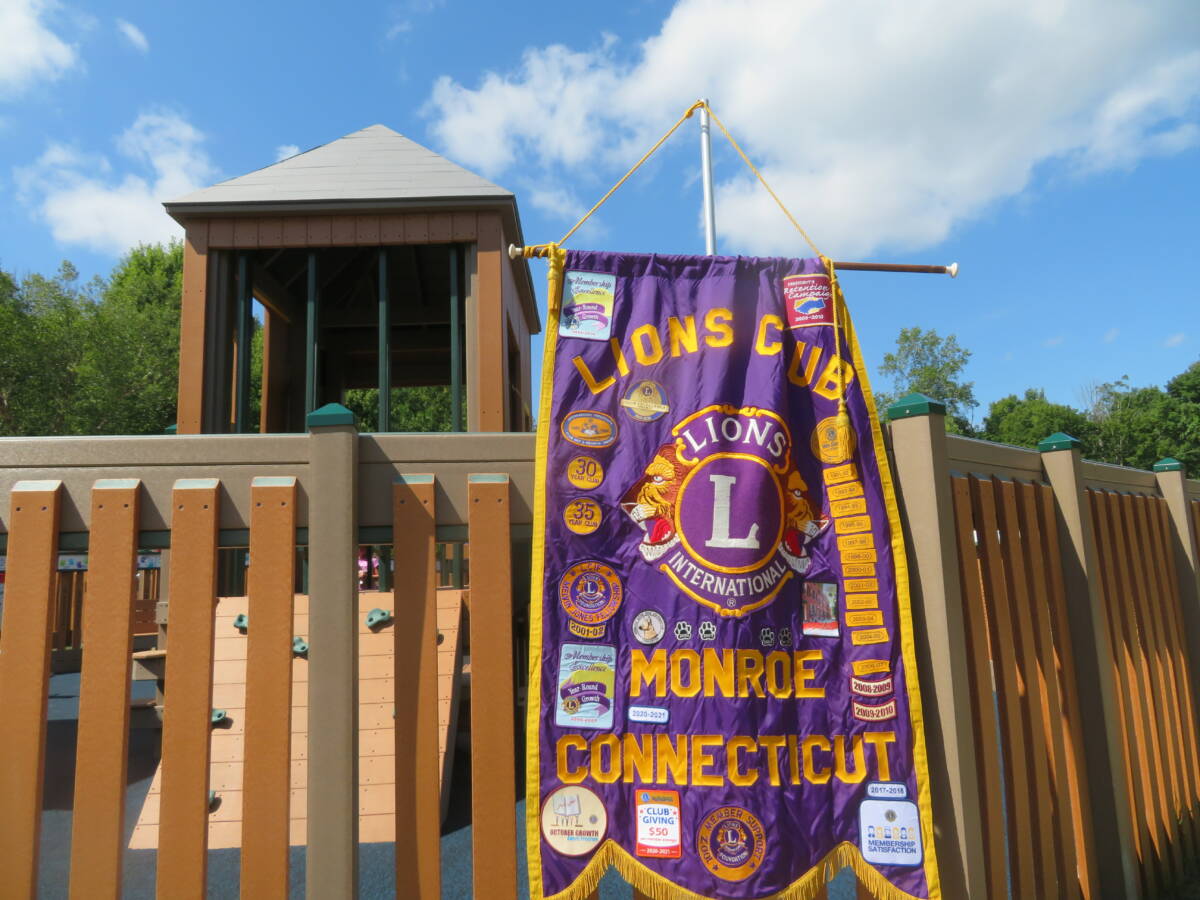