The Monroe Sun is a hyperlocal website covering all Monroe news, from local government, politics, schools and crime to feature stories from around the community.

We will chronicle the stories of this vibrant Fairfield County town and its residents through articles, photos and video.

Bill Bittar grew up in Monroe and graduated from Masuk High School in 1990. 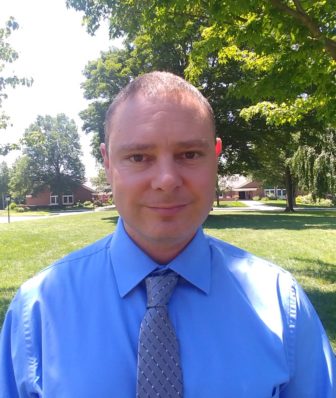 Bill Bittar is the founder and editor of The Monroe Sun.

He went on to earn a Master’s degree in Journalism from Northeastern University.

Bill has a long career in journalism, having worked at several Connecticut weeklies and dailies. His most recent position was as a reporter at the Republican-American newspaper, where he covered the towns of Southbury, Middlebury and Oxford.

Bill covered Monroe at several points in his career. He was the Monroe-Easton reporter for the Connecticut Post from 2000 to 2002, editor of the Monroe Courier in 2007, and local editor of Monroe Patch, which he started under AOL in 2010 and led until 2014.

Bill has won several journalism awards, including first place awards for investigative reporting and a 2013 Patch Mission & Values award for his contribution to the coverage of the Sandy Hook tragedy, chronicling how Monroe opened Chalk Hill School to Newtown’s students.

Bill and his wife Jennifer live in Shelton.