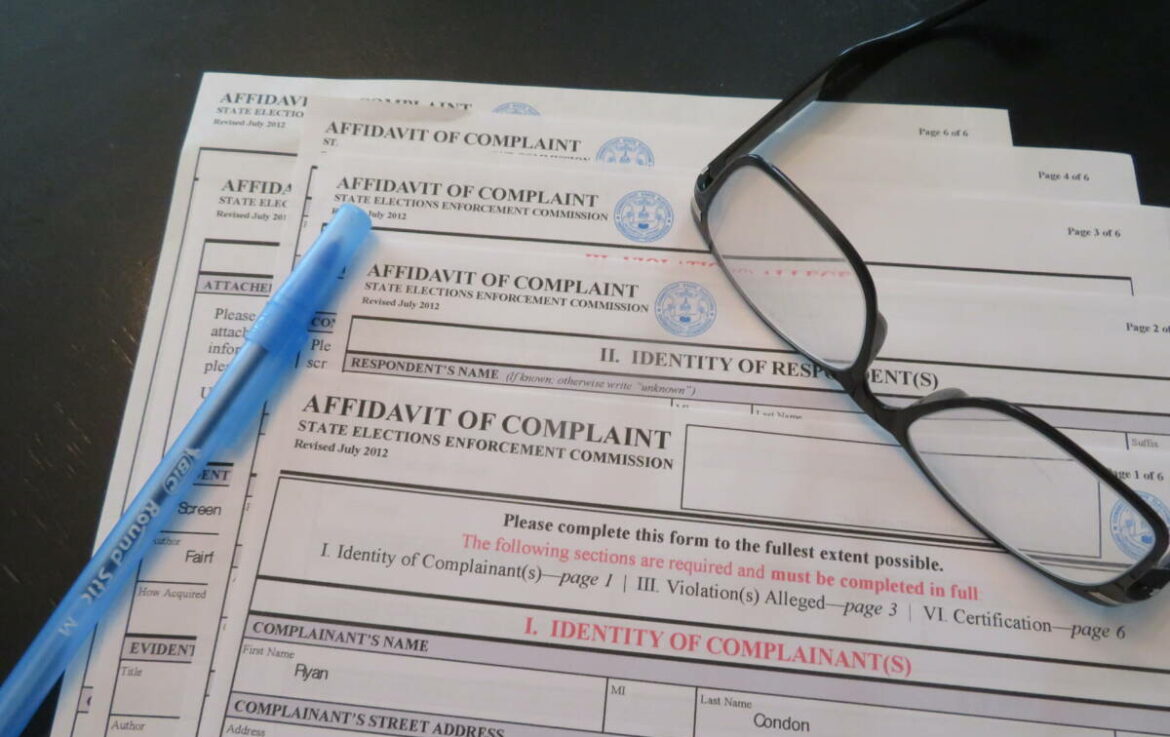 HARTFORD, CT – The treasurer of the Newtown Democratic Town Committee was slapped with a $200 fine from the State Election Enforcement Commission following its decision over a complaint about a text sent out the night before a special election for Connecticut’s 112th District seat last year, which had no attribution telling voters who paid for it nor an approval from a candidate who stood to benefit.

Many town Republicans contended the text was meant to siphon votes away from Scott to the other conservative candidate, helping Kapoor. However, Scott won the election over Kapoor by a vote of 2,248 to 1,948, while Furrier finished a distant third with 31 votes.

Voters who called the phone number the controversial text was sent from heard a voicemail message saying they reached the Fairfield Democratic Town Committee, which later denied paying for the text. Kapoor had also denied any knowledge of it.

Though Scott won the election, some Republicans expressed frustration over the fact that no one took responsibility for creating and sending out the text. Ryan Condon, who served as Scott’s campaign manager, filed a State Elections Enforcement Commission (SEEC) complaint against Kapoor and Diane Sisler, treasurer of both the Kapoor campaign and the Fairfield DTC, leading to the commission’s recent decision.

“It’s important for voters to know who is sending out ads so they know that the candidates back the content of those messages,” Scott said in a press release. “Campaigns should follow the law – ours did – and voters expect a fair contest between candidates. I hope this penalty sends a message to the Newtown Democratic Town Committee to keep their tactics above board in the future.”

During an SEEC meeting on the complaint, James Talbert-Slagle, the attorney representing the SEEC, called Democrats in Newtown paying for an ad advocating for the election of the Independent Party candidate “false flag” stuff.

“That’s part of the problem here, they created a lot of confusion as to who had actually paid for the text message,” Slagle said.

An SEEC investigation determined the text message was distributed by a Fairfield-based political consultant, 475 Consulting Group LLC, which was paid $2,000 by the Newtown Democratic Town Committee to help Kapoor’s campaign ($500 for the text).

Andrew Gausepohl of 475 Consulting confirmed that his firm created the text message, according to the SEEC’s findings. Gausepohl stated that, due to a computer error, the text message identified the Fairfield DTC as the responsible party instead of the Newtown DTC,” the SEEC said.

Alan J. Clavette, treasurer of the Newtown DTC, told the SEEC that he approved the expenditure for a text message to promote Kapoor on April 13, 2021, but claimed the consultant “did not provide a copy of the actual text message for the committee’s approval prior to the message’s broadcast.”

As a result, Clavette said the committee was unable to review the content of the message or to see that it lacked attribution as is required by General Statute 9-621, which says any written communication that promotes the success or defeat of a candidate must include the words “Paid for by” and “Approved by” with the name of the candidate it is meant to benefit.

“Turning a blind eye to the actions of a paid consultant is no way to run a campaign and it was ultimately responsible for sowing confusion among residents,” Scott said in a press release following the SEEC decision.

Scott called the text “an illegal campaign message” and noted that it was described as “clandestine” and “subterfuge” over the course of the SEEC hearing and decision. He also noted that one SEEC member said he believed the $200 fine was too low and that “the commission ought to draw a brighter line in the sand that this sort of thing is not going to be tolerated.”

Another member said the commission would look into increasing the penalty for these types of cases, as having no attribution attached to text messages becomes “kind of an anonymous attack ad.”

A link to a video of the SEEC meeting can be found here and the relevant portion begins at the 25-minute mark.

Scott also criticized 475 Consulting Group, accusing it of “shady political tactics” in a separate SEEC complaint based out of Easton last year.

Nick Kapoor responded to the Republicans’ complaint and the SEEC decision with a written statement.

“Instead of wasting the taxpayers’ hard-earned dollars on a frivolous SEEC complaint, perhaps Monroe Republicans should focus on governing,” Kapoor said. “Maybe addressing the $3M structural deficit in our local budget, or taking charge of the mismanagement of the years’ long Pepper Street project, or nominating Board of Education candidates who won’t vote against transgender students, or addressing the ‘for lease’ and ‘for rent’ signs that litter Rt. 111 and Rt. 25, or addressing the astronomical employee turnover in Town Hall would be a better use of the governing party’s time.”

“There were countless text messages that were sent during the primary and are being sent daily in the lead up to the general election from all political parties,” he said. “Many don’t have attribution including many sent by Republicans during the primary. Will Rep. Scott be filing SEEC complaints against them? Rep. Scott, shouldn’t the law apply to everyone?”

“Rep. Scott says his campaign followed the law, yet his campaign sent out absentee ballot applications under the guise of an official government document coming from the Town Clerk’s Office,” Kapoor said. “No self-complaint was filed with the SEEC to the best of my knowledge. It’s nice to cherry-pick information and not acknowledge when one is wrong when it suits a particular narrative.”

“Representative Scott continues to spew partisan bias at every opportunity he gets and in his votes,” Kapoor said. “He voted against several important bills last session including allowing adopted people to access original birth certificates (HB 6105 – Session 2021) and requiring employers to disclose salary ranges for vacant positions and providing comparable pay for comparable work (HB 6380 – Session 2021).”

“In case he needs a primer on the workings of our state government, Rep. Scott is supposed to represent all of his constituents’ interests – not just the Republican ones,” Kapoor said.

While responding to Kapoor, Scott alluded to the Democrat’s recent resignation as a member of the Monroe Board of Education.

‘If Mr. Kapoor thinks a clandestine and illegal campaign message is frivolous, I am glad he does not currently serve the residents of Monroe in any way, shape or form,” Scott said. “We need more government transparency, not less. The SEEC clearly didn’t think the complaint was frivolous — they acted on it, issued a fine and condemned the actions.”

“His attempts to draw attention away from the main issue — that the Newtown Democrats’ Town Committee hired a shady consultant who sent out an illegal campaign message — are more of an indication of his total disregard for campaign laws and lack of leadership,” Scott said.