Nick Kapoor, left, is a Democrat running for the 112th District seat against Tony Scott, right, a Republican. William "Bill" Furrier, of Sandy Hook, is running as an Independent.

MONROE, CT — Republicans are angry over a campaign text touting third party candidate William “Bill” Furrier as a “Republican” on the eve of this Tuesday’s special election for the Connecticut General Assembly’s 112th District seat. Tony Scott, of Monroe, is the Republican candidate and Furrier, of Sandy Hook, is a registered Republican running as an Independent. 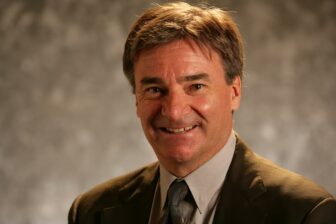 The text went out to registered Republicans and a call back goes to a recorded message saying it is from the Fairfield Democratic Town Committee, so town Republicans claim it is a dirty campaign tactic to take votes away from Scott to help Democrat, Nick Kapoor of Monroe.

The text reads: Republican Bill Furrier is the only candidate endorsed by the Independent Party for the Special Election Tuesday, April 13th. Vote tomorrow for a conservative who believes in a constitutionally limited government. Let’s open up our State!

Kapoor denied any knowledge of the text.

“This is a political campaign,” he said. “Both candidates have gotten help from PACS outside of the district. This text is another example of that.”

Scott was angry over the campaign text.

“This text message that came out today from the Democratic Party is another example of the deceit that is oozing out of the Democratic Party and Nick Kapoor’s campaign,” Scott said. “We previously have seen Nick Kapoor delete his Facebook pages to hide his past views on a lot of state topics. We also have recently seen more deceitful tactics coming from the Kapoor campaign when he tried to mischaracterize former State Representative J.P. Sredzinski’s comments. This is not someone that I think should be representing the 112th District in Hartford.”

“My campaign has been all about the future of our district and our state,” Kapoor said in response. “As a local community leader, state commissioner, math professor and business person, I will bring an array of perspectives to the state Capitol. I look forward to representing the 112th District.”

The Monroe Republican Town Committee put out a statement on its Facebook page:

Partisan Democrats are sending out misleading text messages in hopes of shifting Republican votes to the third party candidate in tomorrow’s special election. Tony Scott is the Republican endorsed candidate, and is the only candidate endorsed by former State Representative JP Sredzinski and Rep. DebraLee Hovey. If you live in the 112th this highlights how important it is to vote and remind your friends too as well! Please share to get the word out about these misleading tactics.