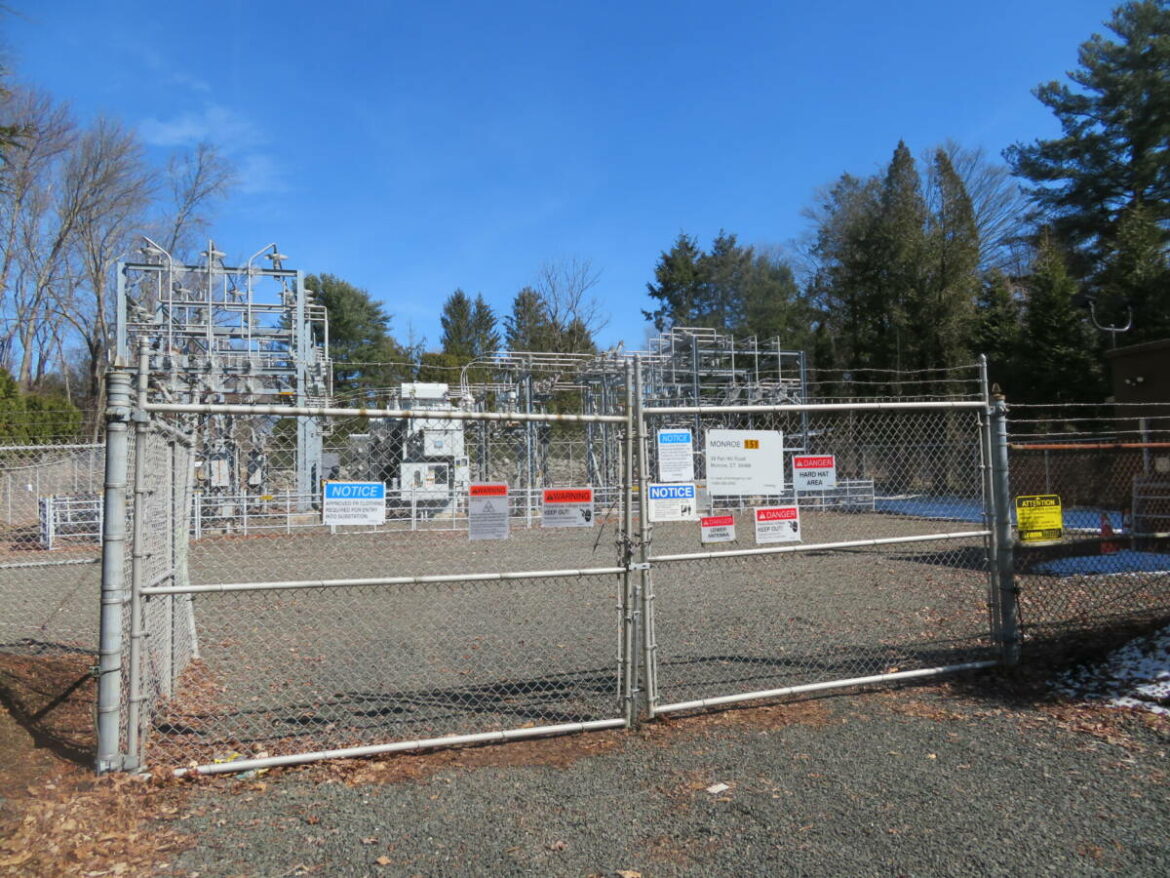 Eversource says it repaired a faulty switch at the Fan Hill Road substation caused the rapid cycling of power off and on twice in 28 days.

MONROE, CT – Eversource told town officials it fixed an issue that caused two power cycling incidents in 28 days, but the issue is still far from over. A number of residents who claim the incidents caused damage to their appliances and electronics are demanding financial reimbursement, and the Connecticut Public Utilities Regulatory Authority (PURA) opened an investigation into the matter.

On Feb. 8 and March 7, many homeowners and businesses experienced the rapid turning on and off of their electricity, a few seconds apart. Eversource identified a faulty switch at the Fan Hill Road substation as the culprit.

“The switch that malfunctioned causing the power to cycle on and off has been repaired,” Mitch Gross, a spokesman for Eversource, said Tuesday. “Our engineers determined faulty wiring was the cause. That wiring has been replaced, the switch is functioning as it should and we continue to monitor that equipment.”

Asked about the PURA investigation, Gross said, “we’re in contact with PURA regarding the recent power issues and remain committed to ensuring that this issue is resolved. We also remind our customers who believe they had an equipment damage issue to contact their homeowners or renters policy carrier first.”

Eversource advising customers to contact their insurance companies first has outraged some homeowners, who want the power company to take more responsibility for the claims.

The first selectman has been telling residents to contact Eversource.

“We have continued to recommend that residents speak directly with Eversource by calling 800-286-2000, as Eversource must deal directly with the customer,” Kellogg told the Town Council during his update Monday.

State Rep. Tony Scott, R-Monroe, said he has spoken with Eversource about the substation and switch issue. “I urge all residents to issue any complaints to PURA and to submit any damage the surges might have caused to Eversource,” he said.

Barbara Fahr is among the town residents who claim the power cycling caused damage to appliances and electronics in their homes.

Fahr claims the heat pump/hot water heater and fan motor in her home burned out from the constant cycling of her power on Feb. 8. Then on March 7, she said it damaged her home’s geothermal heating and made the pumps fail, adding to the damage.

“We’re not taking about a radio,” Fahr said of her damage. “We’re talking about our heat and our hot water — and we have a power surge protector on our electrical panel. The technicians said the issue was the rapid cycling of the power off and on.”

Fahr is a moderator of the Monroe, CT Residents Facebook page, which is leading an effort to gather damage claims from homeowners and businesses and bring the issue to the attention of public officials.

Monroe, CT Residents has a post with a link to its survey form for damages to present to public officials. Here’s a link to the survey form and a direct link to file a claim with Eversource.

Fahr’s hope is that survey information will give the first selectman something to point to when speaking to Eversource and PURA about the damages to homeowners and town businesses.

Fahr has reached out to Kellogg and Scott. In an email to Kellogg, she said she found Eversource’s explanation of what led to the last cycling incident, a fallen tree, “insulting” and questioned the power company’s maintenance of the substation.

She asked the first selectman to “require” Eversource to “provide records of substation safety audits, repair records, etc. and even perhaps require them to have an independent review of our substation’s current condition.”

Response to a claim

Twelve residents responded to the survey, reporting over $24,000 worth of damage. The size of individual claims range from $300 to $8,000.

Fahr shared an email she received from Michael J. Cala, a claims manager at Eversource, in response to her own claim:

Eversource understands that you have suffered a loss and that you believe we may be responsible. If we are responsible, we are sorry, and we want to compensate you promptly and fairly for your loss.

We will pay damage claims only when there is clear evidence that there was negligence on our part. However, in many instances, we are NOT responsible for property damage that occurs due to forces outside our control, such as weather-related conditions (storm, lightning, rain, or wind), tree damage, animals, momentary outages, or vehicle accidents.

If we are responsible, we will pay reasonable repair costs to assess and repair the damaged item. If an item is damaged beyond economical repair (Documented by a licensed technician), we will consider the replacement cost of a similar model less depreciation based on the age of the damaged item.

Please fill out the attached claim form and send back to us along with copies of itemized invoices, estimates, and any additional documentation you have to support your claim.