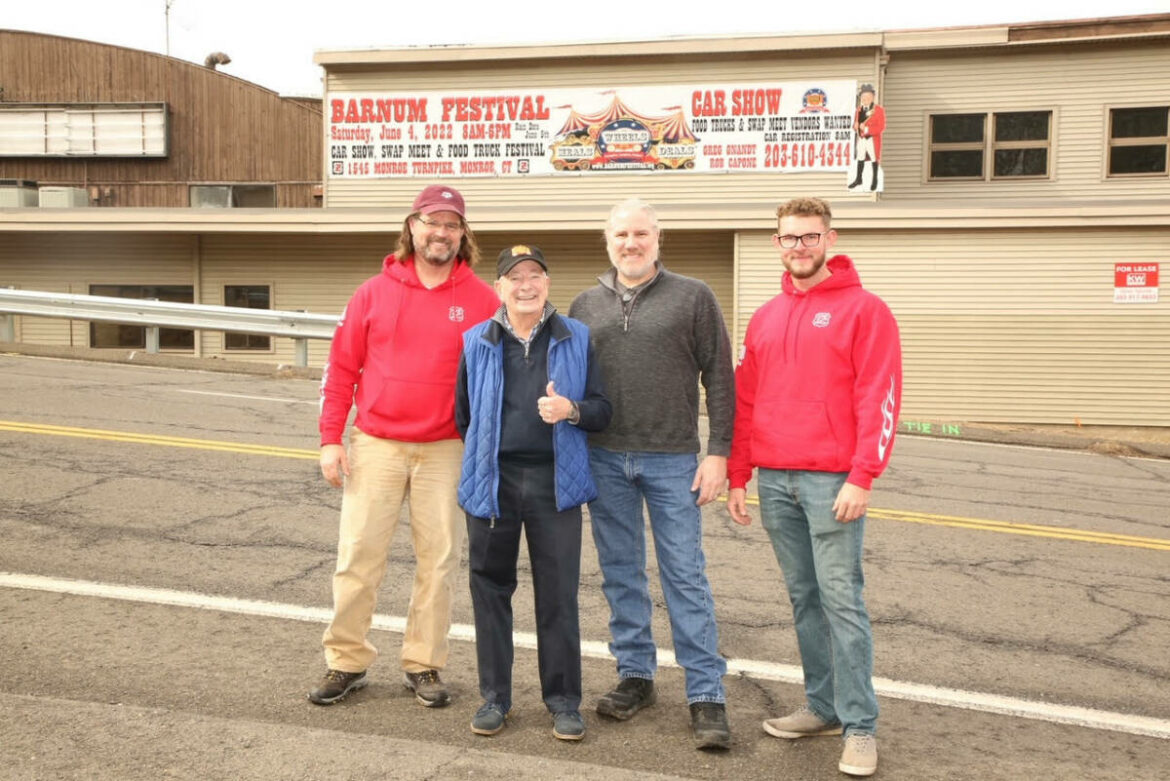 George Zwally, left, owner of Zwally Hauling at the former Stevenson Lumber property on Monroe Turnpike, is allowing the Barnum Festival's Car Show to be held there. With him, from left, is Ringmaster Frank Gennarini, event organizer Greg Gnandt and George Zwally Jr.

MONROE, CT — Frank Gennarini, of Milford, was named ringmaster of the 2020 Barnum Festival, but his excitement soon faded when the COVID-19 pandemic hit. He was honored with the title again the following year and the planning actually got underway, before the pandemic worsened and the festival stalled out yet again.

This year, organizers shifted out of neutral and they’re revved up to celebrate the Barnum Festival’s 74th season. A series of events are already planned, including a car show to be held at the Stevenson Lumber property in Monroe on June 4.

“We’re excited. I’m the only one to serve as ringmaster three times,” Gennarini said. “I don’t think that will happen again. It took a pandemic for that to happen.”

“The annual Barnum Festival is a seasonal celebration of the City of Bridgeport and its surrounding towns, including Monroe, Trumbull, Easton, Shelton, Stratford, and Fairfield. Dating back to 1948, the festival originated to help support local businesses and honor P.T. Barnum—a world-renowned showman and city leader,” according to the festival website.

Barnum, a former Bridgeport mayor, founded both the Ringling Bros. and Barnum and Bailey Circus.

The festival is an effort to “build community spirit, foster philanthropy, and celebrate the many diverse cultures” in the area. “The festival culminates in a weekend-long Barnum Palooza that hosts parades, concerts, fireworks, and other family-friendly festivities.” 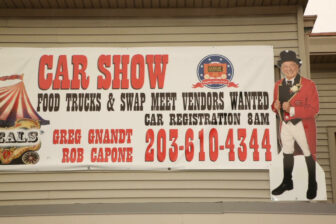 The Stevenson Lumber property by the intersection of Monroe Turnpike and Route 34 had long lay dormant, but John Kimball, acting consultant for Kimball Family Investments LLC, which is owned by his wife Jill, son John Jr. (Jack) and daughter Elizabeth, worked with the Planning and Zoning Commission and town land use staff to establish the Stevenson Business District, encouraging development on the site.

Since then, Zwally Hauling, LLC, a trucking company from Bridgeport, moved to the site. It was followed by Galbo Provisions Inc., based in Fairfield, whose refrigerated trucks have been delivering meat to wholesale customers for 44 years.

Most recently, A Little More Space Stevenson LLC, a self storage facility, was approved. It will be owned by Jill Kimball, her son, Jack, and daughter, Elizabeth.

The Barnum Festival Car Show is traditionally held in Trumbull and Greg Gnandt, who is organizing this year’s show, planned to have it behind Hillcrest Middle School. However, a softball tournament might be played there in the spring, so the festival needed another venue.

“We were literally about to call the event when George Zwally made a phone call and offered his property,” Gnandt recalled.

Zwally is the owner of Zwally Hauling in Monroe.

“We’re gonna have it here and hopefully keep having it,” said Zwally, who is friends with Gnandt. “I was talking to some Barnum people. I noticed the flyers said ‘location to be announced.'”

On June 4, Ringmaster Frank Gennarini will present prizes for the top car show entries. Zwally said the “Meals, Wheels and Deals” car show will feature food trucks and a swap meet, as well as the car show.

“We are very excited to be able to bring such an iconic event to the town of Monroe,” Zwally said. “We plan on having other events at this location.”

William Holsworth, the town’s community and economic recovery coordinator, has worked closely with the event’s organizers to arrange for a police presence and to ensure all the proper permits are in place. 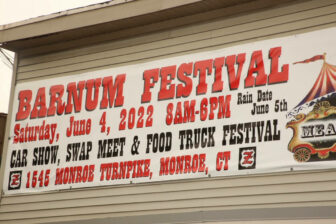 “I’m really exited that we’re bringing part of the Barnum Festival to Monroe, and it looks like they’re putting together a great event,” First Selectman Ken Kellogg said. “I think it will be nice bringing a community event to the Stevenson part of town, a nice event, and to showcase this parcel that’s getting cleaned up, renovated and brought back to life.”

Gnandt said Monroe welcomed his team of volunteers with open arms, from Holsworth and other town officials to the Monroe Police Department.

The car show will be held on June 4 with in-person registration for cars at 8 a.m. There will be a ceremony with judging at noon. The event will be held from 8 a.m. to 6 p.m. Though most of the food trucks will open by 11 a.m., some trucks will serve breakfast before that.

“There’s something for everybody. The food truck festival appeals to families, the car show is for enthusiasts and spectators, and the swap meet will be like a flea market with automobilia and car parts, as well as generic vendors,” Gnandt said.

There is a suggested five dollar donation for spectators and children 12-and-younger will be admitted to the event for free. Car owners may preregister online to enter vehicles in the show at $20 per car. They can also register in person the day of the event. 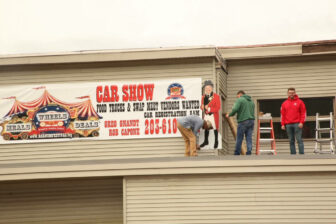 Gnandt is among the volunteers, bringing new blood to the Barnum Festival, according to Gennarini, who noted some volunteers have been doing it for 50 years — since childhood. In 1995, Gennarini worked for Hi Ho D’Addario when Mario D’Addario was ringmaster.

“That’s how I got involved,” he recalled. “I got bit by a bug by the fourth year. I was Volunteer of the Year, then I became vice president, then served as president for two terms. I chaired several different events over the years.”

Gennarini serves on the festival board, which chose him as its ringmaster for the first time in August of 2019 for the 2020 festival that was eventually cancelled.

“It’s a challenge to bring the festival back after not having it, but we have some new blood,” he said of organizers of the car show.

After the June 4 car show, Barnum Sails the Sound will be held the next weekend. There will be a barbecue on the dock, before the ferry goes out with a band aboard.

The following weekend will feature Champions on Parade, the drum and bugle corps competition, at Kennedy Stadium in Bridgeport.

Gennarini said the Barnum Festival will have all outdoor events, though some events, like bingo, may be added. “Usually the ringmaster has a ball. That’s up in the air too,” he said.

Gennarini said he is also unsure whether the parade, a tradition since the festival began, will be held. “We have a whole warehouse where we’ve built our floats for years,” he said. “We’re the only float builders in the state of Connecticut.”

To keep up with the Barnum Festival’s events schedule, visit the website and Facebook page. Cardboard cutouts of Ringmaster Frank Gennarini, which will be set up in the area, will have a QR code to direct cellphones to the festival website.