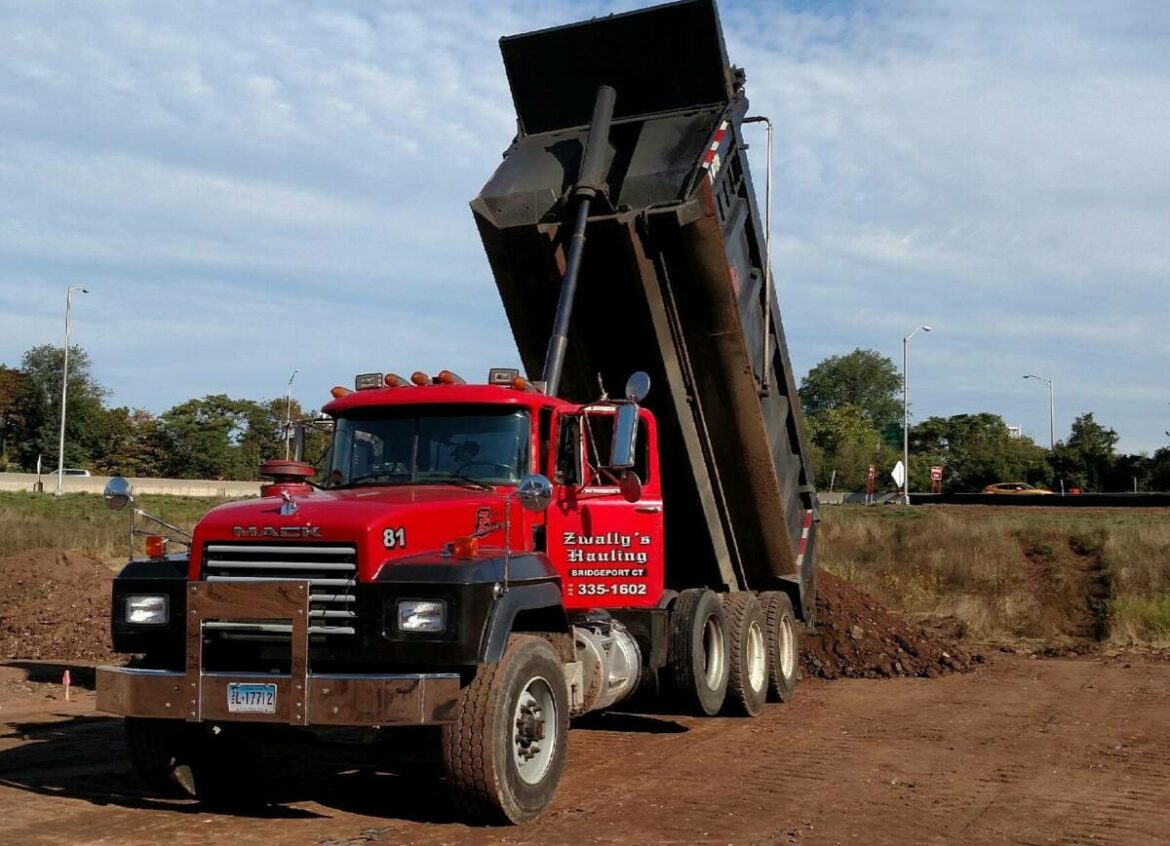 MONROE, CT — Zwally Hauling, LLC, has been providing tri-axle dump trucks to transport construction materials to job sites in Connecticut for over 15 years. Now George Zwally, owner of the trucking and transportation company, plans to move his fleet of trucks from Bridgeport to Monroe.

A special permit application to open at 1545 Monroe Turnpike appears to be headed for approval, which could spark a revitalization of the former Stevenson Lumber Co. property.

The Planning and Zoning Commission asked Town Planner Rick Schultz to draft a resolution to approve the permit for Zwally’s vehicle storage facility.

“I like this,” Ryan Condon, a commissioner, said at Thursday’s meeting. “It’s a locally owned business that wants to setup shop in town — and we heard two more applications are coming. It’s not a hotel or go-carts, or something flashy, but this business is low impact. It’s adequately screened. I’m excited to see what else comes here.”

John Kimball, a consultant for the applicant, said two more businesses have also expressed interest in coming to the Stevenson property. He had worked closely with the commission to establish the Stevenson Business District 2, allowing more uses in an effort to attract developers.

The applicant is Stevenson Properties LLC by Kimball Investments LLC, whose manager is Kimball’s wife Jill. It his owned by her and the Kimball children.

Larry Edwards, a professional engineer hired by the applicant, said Zwally Hauling plans to use an existing building, that once served as Stevenson Lumber’s maintenance facility, as a garage to maintain its dump trucks. He said it is still in good condition.

The building has restroom facilities that are served by an existing septic system.

“The septic system has been dormant for some time,” said Robert Westlund, a commissioner. “Has it been tested?”

“No. But we have enough area in reserve if it doesn’t work,” Edwards said.

The dump trucks would park under a long, rectangular-shaped lumber shed. Kimball said it is open on both sides, so the trucks will not have to back up to leave, with the accompanying beeping sound.

Nicole Lupo, a commission alternate, said she wants additional buffer to obscure the view of the trucks.

Another building, which was used for cold storage, would continue to have that purpose. Spaces would be striped for a small parking area.

The parcel also has another building that was once a showroom. There are no plans for it and an effort will be made to find a tenant and bring a separate plan before the commission.

Town Engineer Scott Schatzlein recommended a bond to cover the proposed landscaping improvements as a condition of approval, according to Kimball. The landscaping includes large evergreens along the Route 111 side of the property.

Westlund said he wants the screening to be more substantial, because drivers could see into the property while heading down Route 111.

A series of catch basins would be installed for drainage at the front portion of the site. It would carry the stormwater to a particle separator unit to clean it.

The developer would stripe the parking lot, make any necessary improvements to the buildings and build a pedestrian walkway. Kimball said some asphalt would be removed, for a six percent reduction in impervious surface.

Normally, an applicant will offer to reduce impervious surface or clean stormwater, according to Kimball, who said this applicant would do both.

Though the plan would result in an overall reduction in pavement, Kimball said there would be some paving and patchwork for the main driveway and islands.

He said there would be a wrought iron fence with gates to discourage people from parking on the property. The lighting would be Dark Sky compliant.

Lupo asked about the hours of the business. Zwally said his business is open from 7 a.m. to 3 or 4 p.m. When trucks leave the yard, the vehicles are gone for the day, he said, adding no materials would be stored on the site.

Lupo said she has a concern over it becoming a 24/7 facility.

Schultz said Zwally will paint the buildings. He also found the existing well and septic system to be adequate, along with the 27 outdoor parking spaces. There will be landscaping with construction of a cul-de-sac, in accordance with the master plan for the property, he said.

“The improvements should improve the aesthetics significantly,” Schultz said.

Kimball said the Connecticut Department of Transportation approved both driveways to the property, finding there would be no adverse impact on traffic.