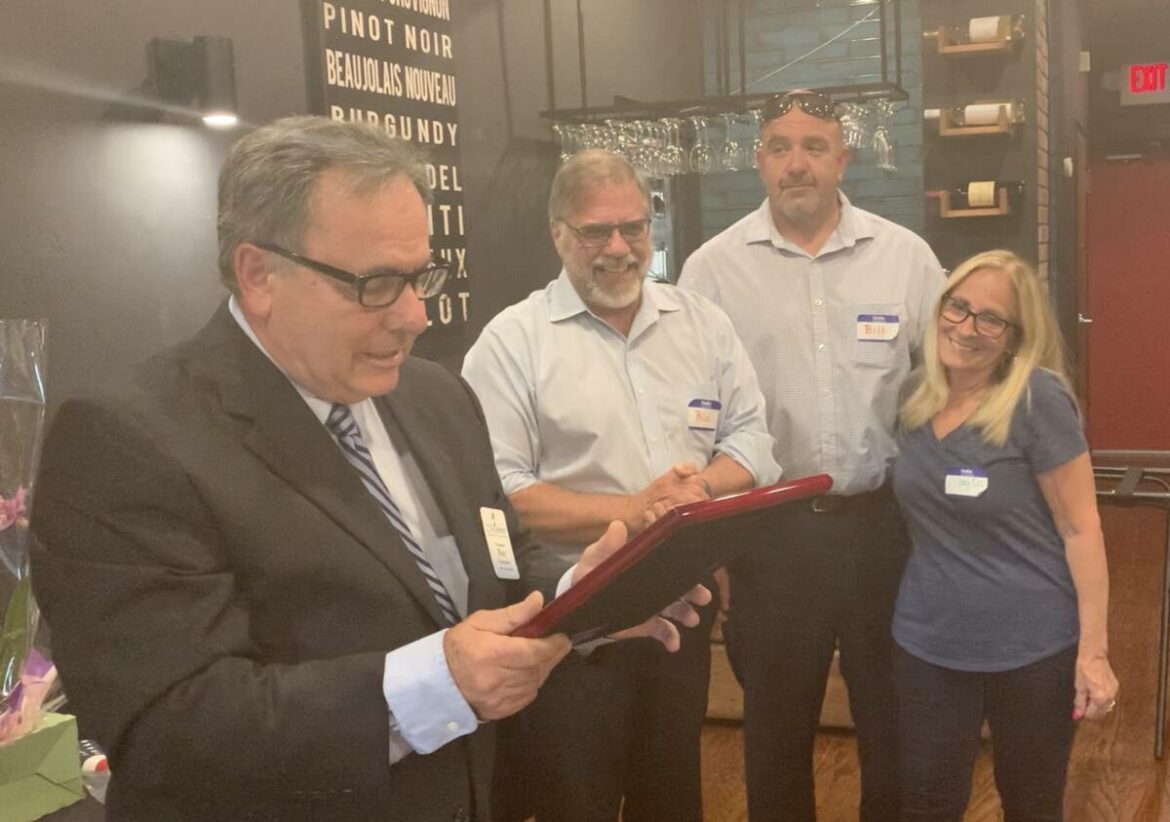 Nealon will pursue a vocational degree at the Port & Chester Institute in the fall. 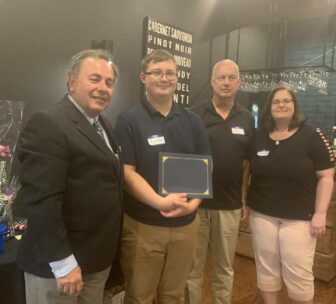 Ray Giovanni, president of the Monroe Chamber, presented a certificate to Nealon, who was accompanied by his parents Jennifer and Roy.

On Thursday, the Monroe Chamber of Commerce also announced its new board members and presented awards.

The Chamber normally presents $1,000 scholarships to two outstanding Masuk High School students a year and Tom Betzig, vice president and senior market manager for M&T Bank, has served as chairman of the scholarship program for the past decade, according to Giovanni.

Giovanni said the Chamber will lose Betzig, who will be moving on to a new career. He presented a plaque to him for his service. 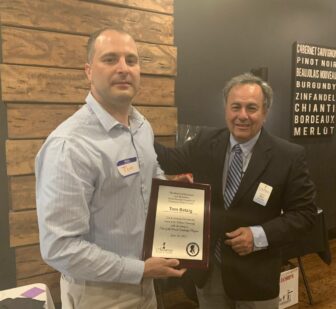 Tom Betzig, left, is honored for his leadership of the Monroe Chamber of Commerce’s scholarship program.

“The board of directors and the members of the Monroe Chamber of Commerce wish to thank Tom Betzig for his leadership and dedication of services to the Monroe community, while always serving as the chair our annual scholarship program,” Giovanni said.

He said Betzig has done a sterling job of trying to get great candidates, like Caleb Nealon, for scholarships.

“We couldn’t have done it without you,” Giovanni told Betzig. “We will not do it as well without you going forward. You will always be remembered.” 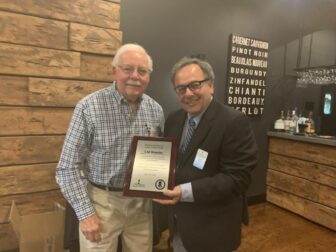 Lee Hossler, left, is honored as the Monroe Chamber of Commerce’s ambassador.

Lee Hossler was honored as the Monroe Chamber of Commerce’s ambassador for his “tireless dedication and service” at the annual golf tournament, as well as his involvement with all of the Chamber’s other initiatives.

“This is an honor for me to present this is for our wonderful ambassador, Lee Hossler,” Giovanni said, while presenting the plaque. “Lee is always the first to raise his hand and stroll the town to make things happen, so we couldn’t be more honored and pleased that he’s our face of our Chamber and is the face of nobody else’s.” 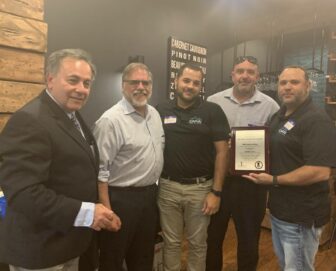 Monroe’s Economic Development Commission, in concert with the Monroe Chamber of Commerce, recognized improvements and beautification by businesses in town with 2021 Beautification Awards.

Mary Louise Wade Lang won an award for her business, Mary Lou’s Ristorante at 401 Monroe Turnpike, after renovating the restaurant which was formerly McGowan’s Pizzaland.

Monroe’s EDC in concert with the Monroe Chamber of Commerce, recognition of improvements and beautification by business owners in the town of Monroe. 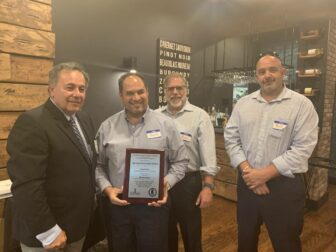 Henry Guzman, owner of CMW Roofing & Siding, and his company’s operations lead, David Fraga, accepted an award for their facility at 440 Main St.

Value Pet Vet of 506 Main St. received an award, as well as Jennie’s Pizzeria, which added a new dining room.

Three other businesses earning plaques include McDonald’s for its renovation, Vazzy’s Osteria for its outdoor seating area, which includes a fireplace, and Standard Oil for the renovation for the new Gulf gas station and convenience store on Route 111, across from Big Y Plaza. 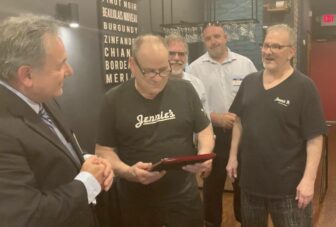 Giovanni said the organization has had many successes over the past year. He touted its relationships with SCORE and Edith Wheeler Memorial Library, where they provided seminars on topics like sales and marketing.

The Chamber held ribbon cuttings for new businesses and hosted a breakfast welcoming its new members.

Many of its members assisted with the community build of the new Wolfe’s Den playground at Wolfe Park. 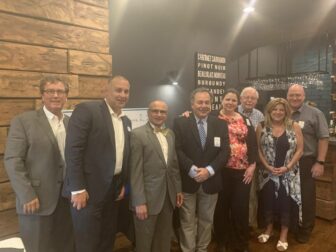 Members of the newly elected Monroe Chamber of Commerce board of directors pose for a photo.

The Chamber’s annual golf tournament raised close to $13,000 used toward its scholarships, as well as for a $5,000 donation to the Monroe Playground Foundation. Jim Weinberg, managing director of Clarksons Platou, was the tournament’s title sponsor.

“It was our most successful year we ever had in 56 years,” Giovanni said.

The Chamber held a Restaurant Week to assist town eateries during the pandemic, had a marketing campaign during Christmas to help local businesses get better advertising rates, and recently organized a Father’s Day sidewalk sale.

A questionnaire was used to garner feedback from businesses on their concerns, which the Chamber then addressed, according to Giovanni.

He said it is the Monroe Chamber’s turn to host an annual commercial brokers meeting at Whitney Farms this August, giving the town a chance to show New York and Connecticut brokers opportunities for investment in Monroe. Hossler first brought the event to town.