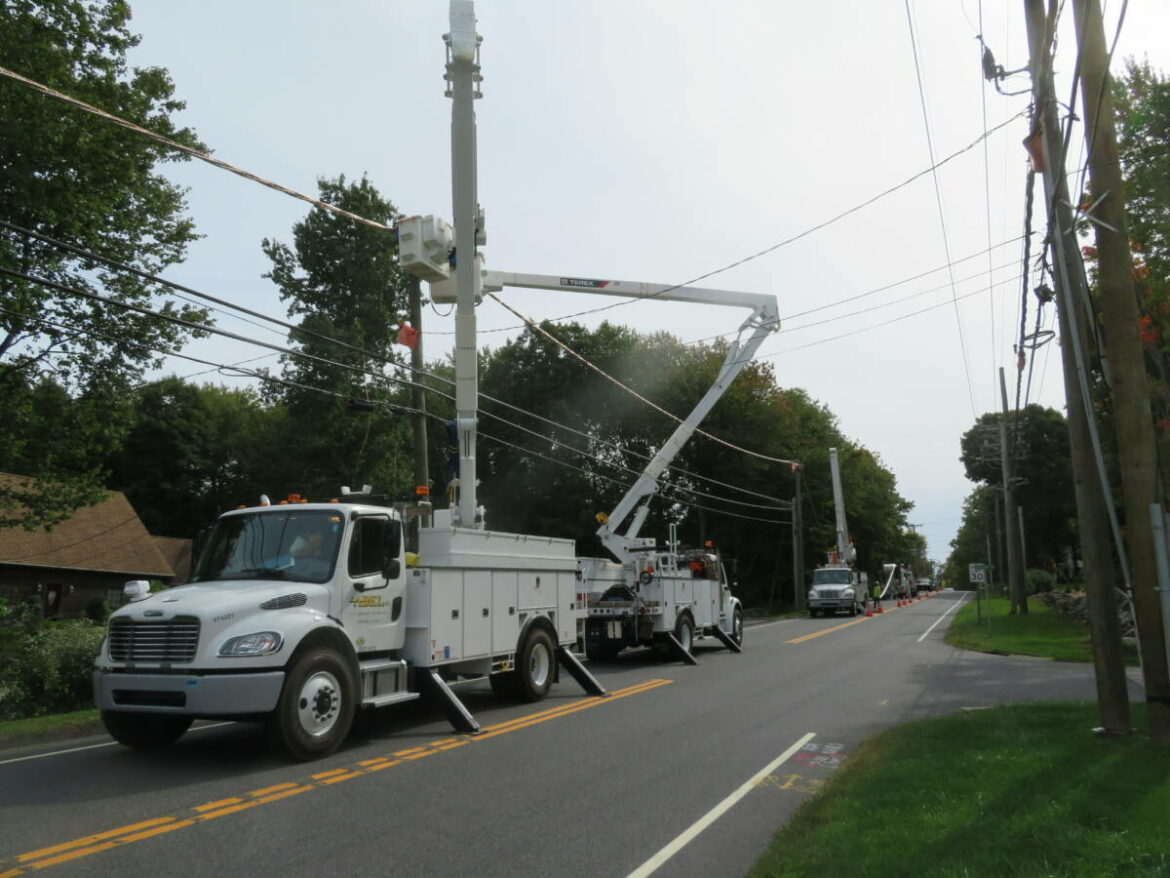 MONROE, CT — Traffic slows to a crawl on Monroe Turnpike some days, with the closing to one lane, as police officers direct traffic and crews from Eversource use bucket trucks to install new equipment on utility poles and trim back, and in some cases, remove trees close to power lines.

The extensive project along Route 34, from the Stevenson Dam to the intersection of Monroe Turnpike, and up Route 111 to the Fan Hill Road substation near Historic Drive, began in June. 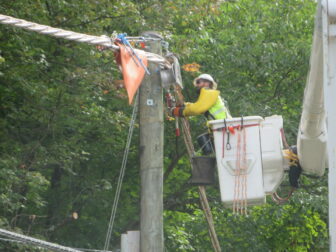 “We’re working to have all of this completed by the end of November,” said Mitch Gross, a spokesman for Eversource.

Crews are working from 7 a.m. to 5 p.m. Monday through Friday, weather permitting, according to Gross.

“Tree trimming or removal has also been taking place, where needed, so the crews can install new equipment,” he said. “Also, the original utility poles will be removed but will need to remain in place until all other utilities and services are transferred over to the newly installed poles.”

“We’re always taking steps to make our electric delivery system stronger, more resilient and more reliable and a prime example of that is the work along the Monroe Turnpike,” Gross said.

Residents in the Route 111 corridor complained of power cycling incidents on Feb. 8 and March 7, leading to maintenance of the substation.

First Selectman Ken Kellogg said Eversource reported that all work to stabilize the Fan Hill Road substation was completed in March. This included replacing the two source circuits that feed the Monroe Substation for further protection, he added.

In addition to the new equipment on utility poles, Kellogg said Eversource told him about the delivery of aerial cable wires, which will be installed as the materials arrive.

He said Eversource also embarked on a major project to rebuild the existing transmission lines between the Stevenson Substation in Monroe and the Pootatuck Substation in Shelton. 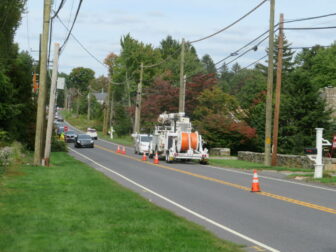 “Portions were originally built in the 1930s and, due to their age and condition, all existing lattice towers — 117 in total — will be replaced with new steel monopoles,” Kellogg said. “The project will also replace the conductor (energized wires) with new, upgraded wire of the same voltage, and the wire shield (top most wire) with new optical ground wire, designed to improve electrical reliability by enabling communications between substations.”