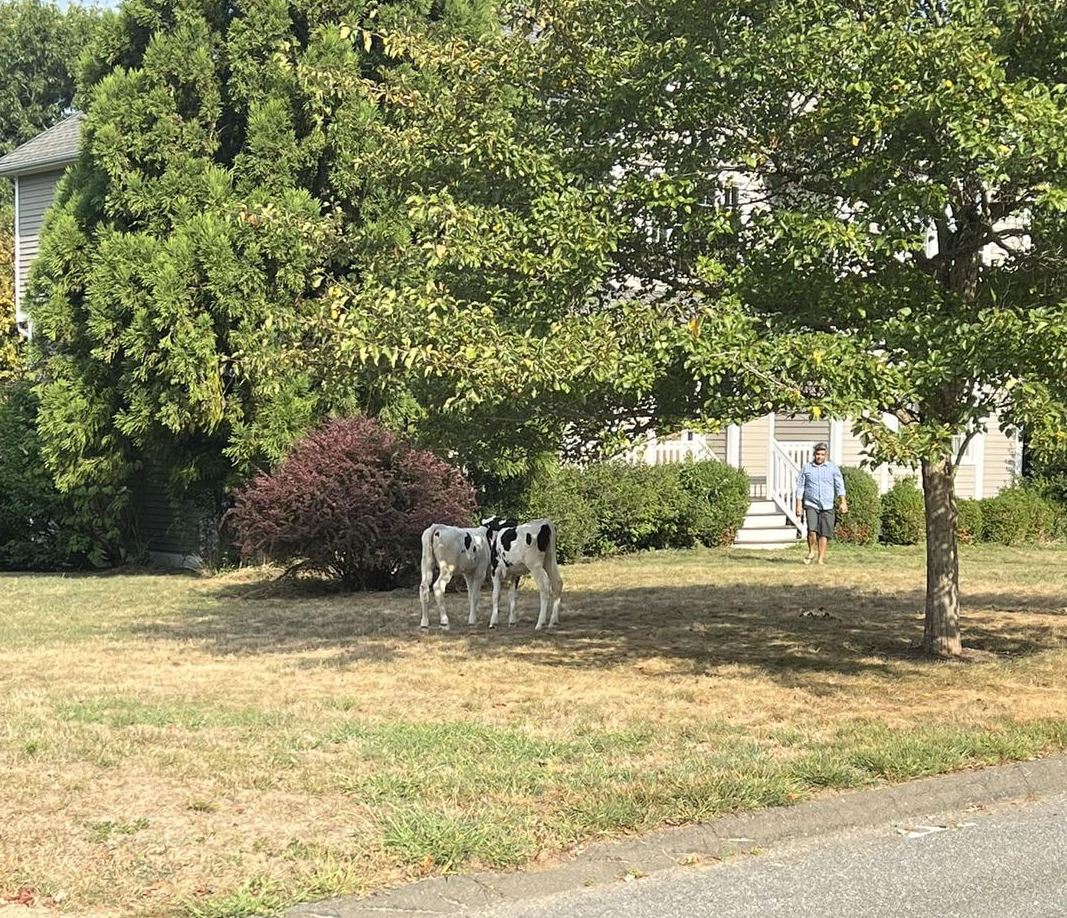 MONROE, CT — Monroe Animal Control and police officers rounded up three loose calves who were seen walking along the trails of Great Hollow and “strolling” around the lake Thursday morning.

The call came in at 8:37 a.m. and law enforcement managed to safely contain the steer after several minutes, helping to return the animals to their owner, according to Animal Control Officer Gina Gambino.

Since she was hired as Monroe’s new full-time animal control officer on July 1, following Ed Risko’s retirement, Gambino said she responded to more agricultural calls than in the entire year she spent at Regional Animal Control, which covers the towns of Brookfield, Bridgewater, Sherman, New Milford and Roxbury.

Last month, animal control worked with town police officers to round up a group of cows that escaped from a pen in Shelton and trekked all the way up Route 110 into Monroe. The last two cows were corralled at St. Jude Parish.

A baby deer struck by a vehicle near the driveway of a home in the 100-block of Guinea Road died from its injuries Thursday morning. An adult doe was seen in the area with the deceased juvenile fawn, according to Monroe Animal Control.

The call came in around 11:08 a.m. Animal control removed the remains of the fawn and determined it to be approximately four months of age, Animal Control Officer Gina Gambino said.

When an officer arrived, the driver had already left the scene of the accident.

Earlier in the week, another deer was struck and killed by a motor vehicle in the 600-block of Wheeler Road Tuesday morning. The remains were removed by animal control.