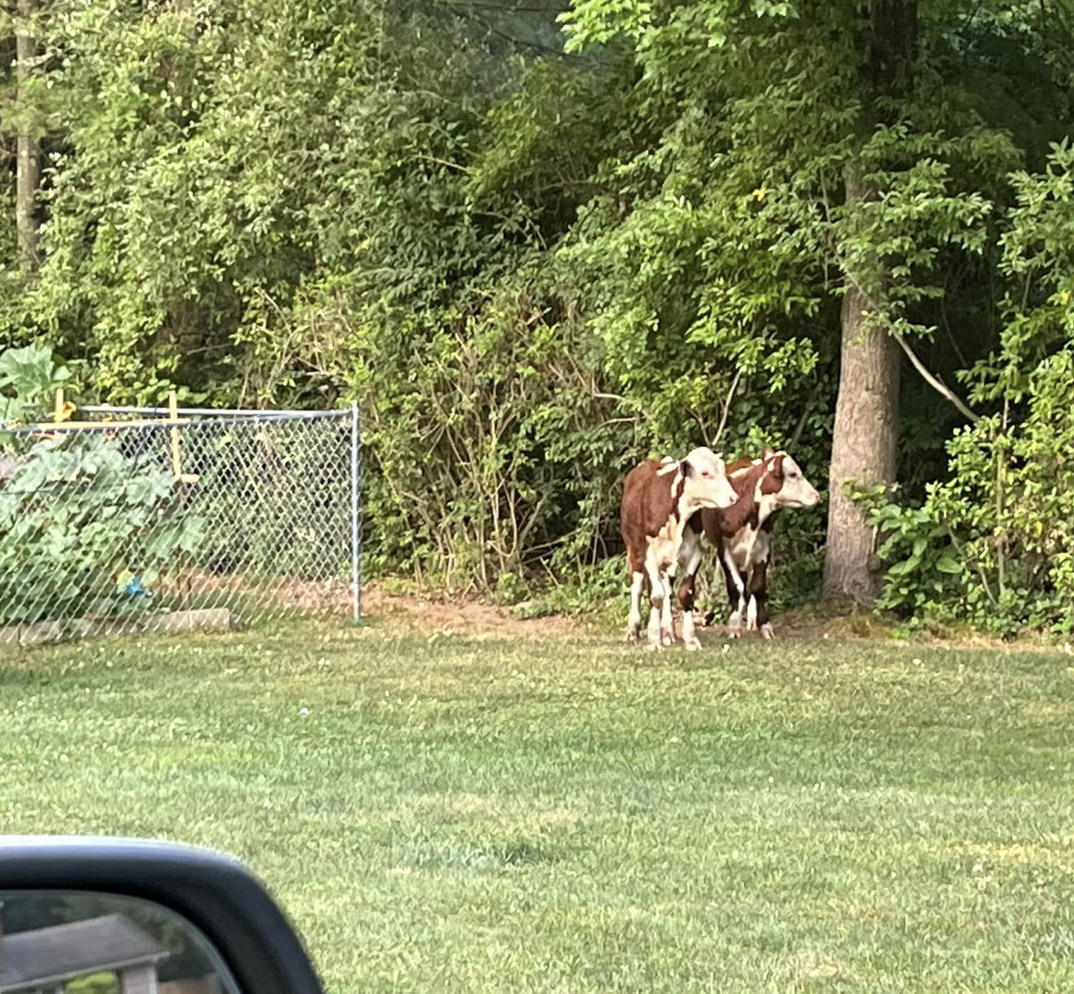 Sylwia Nartowicz posted this photo on Facebook after seeing two of the wandering cows on Whitewood Drive.

MONROE, CT — A group of cows that got loose from a farm off Route 110 in Shelton Tuesday afternoon, and made its way into Monroe, caused quite a stir over the past two days.

Matt Jamison, a volunteer firefighter who helped his family friends recover their livestock, said two of the cows made their way back home Wednesday morning and were found hanging out at a pasture, while a search party corralled the last two near the roundabout at St. Jude Church. 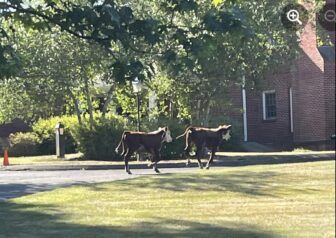 Jennifer Ciannella took this picture on Church Street, by the town green.

“They’re all yearling cows, so they’re young and full of spunk,” Jamison said in a telephone interview Wednesday afternoon.

By that time, police had received numerous phone calls and several drivers took photos chronicling the cows’ journey, which people followed closely on the The Monroe CT Residents Facebook page.

Among the online jokes were that McDonald’s wanted to cut out the middle man for its delivery costs, they’re “on the moove,” and “enjoy your freedom!! Don’t get steered the wrong way.” 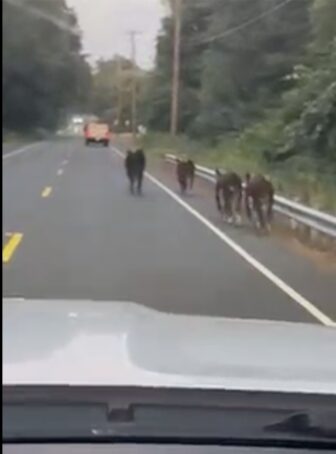 Here is a screenshot of a video Dave Kuban shot before the cows turned onto Nickeldale Trail.

“Cows, if they don’t have fresh green grass in front of them, they want to see if the grass is greener on the other side, especially the young ones who want to explore,” Jamison said.

He said a search party of six or seven people in four vehicles looked for the wandering cows.

“Between the police department updates and people on Facebook, we were able to narrow down their location and find them at St. Jude,” he said of the last two, captured at 11 a.m. Wednesday. “Once we found out where they were, we easily put their halters back on and put them in the trailer.”

Anyone encountering a cow that has gotten loose should call their police department or, in Jamison’s case he posted his phone number on Facebook. “Don’t try to approach them,” he said. “They’ll be skittish and run away.”