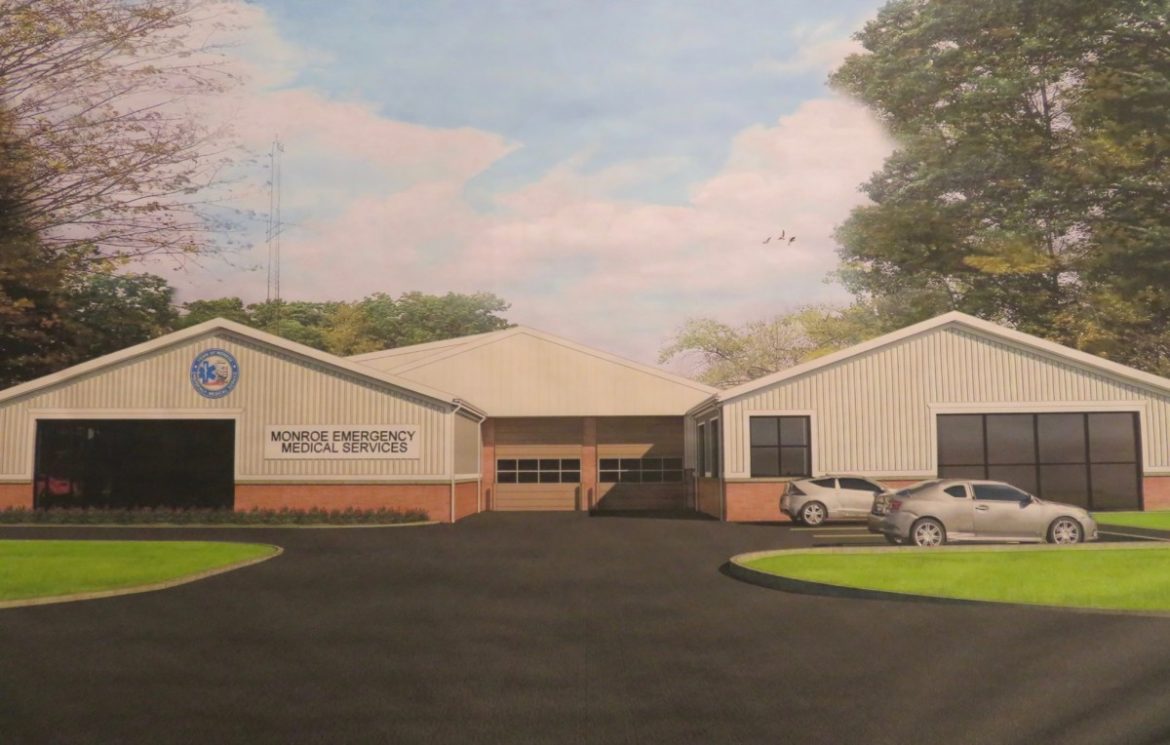 MONROE, CT — Bids are out for every aspect of construction for the renovation and addition of the Monroe Emergency Medical Service’s headquarters at the Jockey Hollow firehouse.

Once the bids are in by the Feb. 16 deadline, Terry Rooney, chairman of the building committee, said the total price tag will be calculated. After that, First Selectman Ken Kellogg said voters will decide on the bonding at a town meeting.

“I thought it was a more comprehensive approach to get a real time number on this building right now,” Rooney said of inviting individual contractors to bid.

Bidding every job will also give the town more control over the project, according to Rooney.

The first selectman said the COVID-19 pandemic underscores how important the EMS is and for its volunteers having the facility they need. Kellogg also praised the work of the building committee.

“They’re doing a great job of doing their due diligence,” he said. “At the meetings I’ve attended, they had only one thing in mind: the betterment of the community and being able to put together a facility that will meet the needs of the EMS — with taxpayer dollars in mind. We’re being as cost-effective as we can.”

To that end, Rooney credited State Rep. J.P. Sredzinski, R-Monroe, with obtaining a $500,000 Small Town Economic Assistance Program grant to offset the cost of the project.

“I was pleased to be part of acquiring the $500,000 STEAP grant for this important public safety project,” Sredzinski said. “Our EMS personnel provide a critical service to our town and should be supported with the proper infrastructure. This state grant will help the town of Monroe build a structure that we can all be proud of.”

Rooney said the building committee will award work to Monroe based businesses whenever possible to spur the local economy.

Kellogg said, “our purchasing policy states, if all things are equal, we put priority on Monroe businesses, because their involvement in the community is contributing to our tax base and we want to support that.”

The impetus behind the project comes from a feasibility study done years ago, before Kellogg was first selectman. The study, led by Jacunski Humes Architects, determined the best project, based on location and affordability, was to renovate the Jockey Hollow firehouse at 54 Jockey Hollow Road.

Jacunski Humes Architects, which designed the renovation and addition of the Monroe Police Department several years ago, was hired as the project architect for the EMS headquarters through the bidding process and another bid process resulted in Burlington Construction Co. being hired as project manager.

The project has Inland Wetlands approval and the Planning and Zoning Commission approved a municipal referral from the Town Council.

Of figuring out the cost, so it can go to a town meeting vote, Rooney said, “it’s a defining moment for this project. It’s a very important step that will lead to breaking ground to create a more suitable environment for our hard working EMS volunteers, who work diligently night and day to take care of the people of Monroe.”

During a Planning and Zoning Commission meeting last year, EMS Chief Donald Smith said the Monroe EMS worked out of the electric room of the police station on Fan Hill Road before moving to Jockey Hollow Firehouse in 2001.

Over the years, Smith said the ambulance service has seen an annual call volume increase, rising from 900 to 1,500 calls.

The EMS, which has between 45 and 50 members, has outgrown its facility. Smith said there is no office space and the classroom, which doubles as volunteers’ dining room, is too small. There is no restroom upstairs and there is an unworkable shower on the lower level, so volunteers have to go home to shower and change, according to Smith.

Rooney said the main issue is that conditions are not suitable for an overnight stay.

The facility has 20 striped parking spaces, which Kellogg said is inadequate. The project would increase the parking lot to 64 spaces. Currently, Kellogg said people are parking on the grass when classes and membership meetings are held, are double parking and parking in front of ambulance bays.