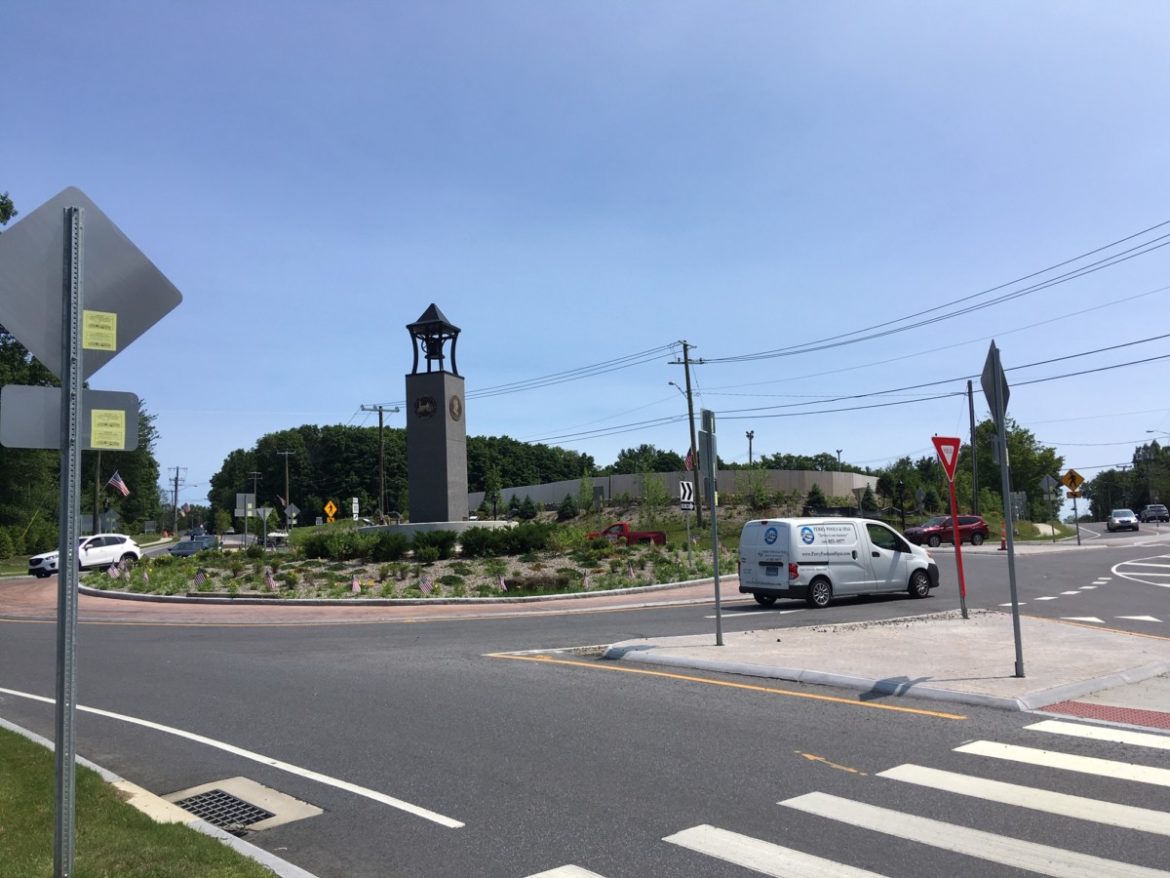 First Selectman Ken Kellogg told the Town Council that Connecticut Department of Transportation crews completed their “punch list” for the roundabout project at routes 110 and 111, so the town will now assume responsibility for the costs of lighting and of maintaining the landscaping, monument and walkways.

Kellogg said Town Engineer Scott Schatzlein confirmed that the DOT completed all of its work outlined in the 2016 agreement.

“In anticipation of this transition, the replacement of a piece of maintenance equipment for the Parks and Recreation Department was planned to accommodate the needs of the roundabout,” Kellogg said at the council meeting Monday. “A compact tractor with specialized attachments for winter operations has been purchased from approved funds in the capital reserve appropriation.”

Kellogg said the equipment cost around $28,000.

State officials say the roundabout at the corner of routes 110 and 111 solved problems at one of Monroe’s worst intersections. A little more than one year later, some residents agree, while others complain about drivers failing to yield for traffic and the high cost of the nearly $4.1 million project.

Is the intersection safer? 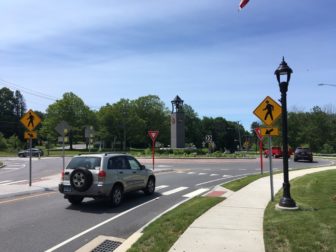 Police records show there were 140 crashes at the intersection between 2000 and 2018, including a fatal accident in 2012. Since the traffic circle was completed last July there had been none, before a rollover crash involving a drunk driver in September.

“The Monroe location was a huge success,” said Scott Bushee, a DOT engineer and the project manager for Monroe’s roundabout. “I think it’s a nice gateway for the community too.”

In a Monroe Sun article on July 16, Bushee made a case for the roundabout as the best solution to traffic problems at the intersection and townspeople cast their votes in a poll, which is still live.