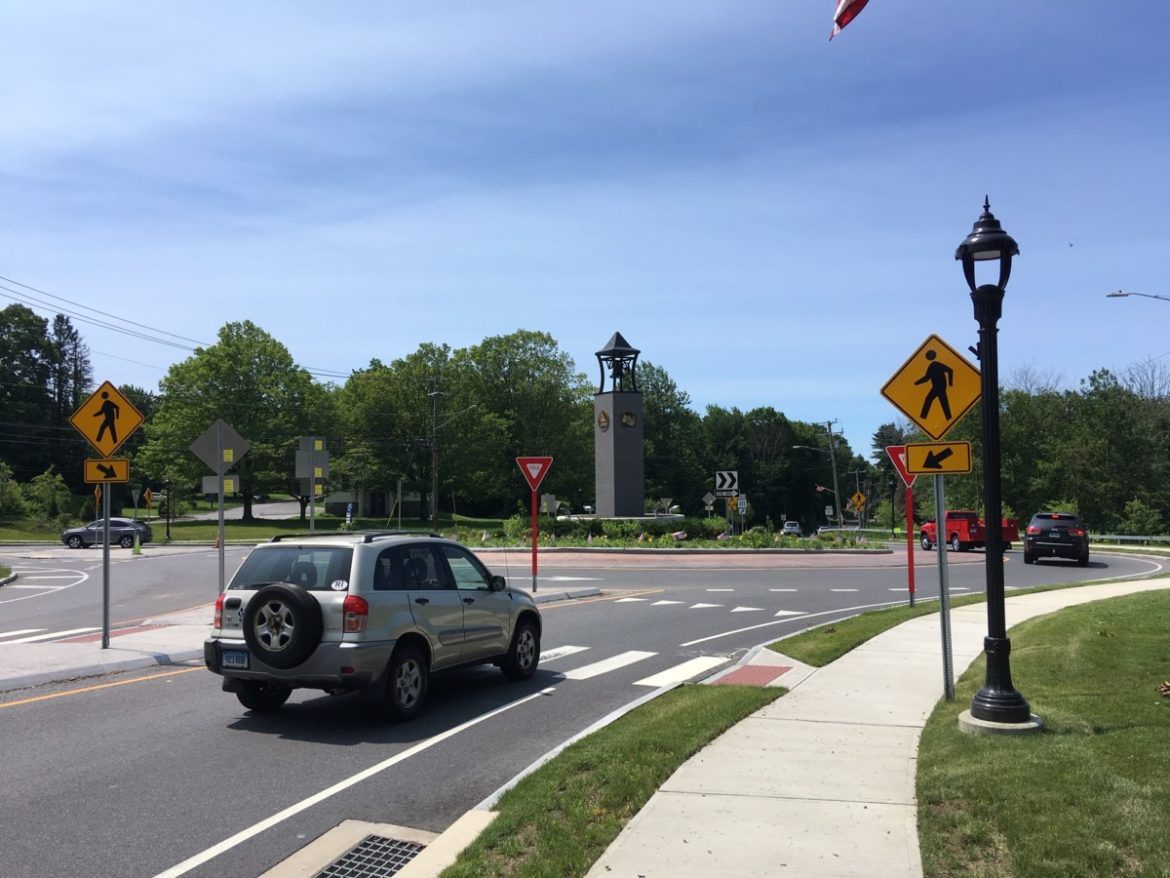 State officials say the roundabout at the corner of routes 110 and 111 solved problems at one of Monroe’s worst intersections. One year later, 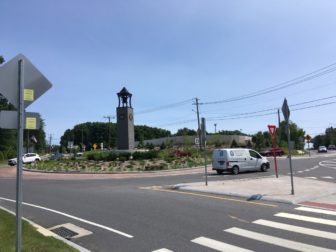 some residents agree, while others complain about drivers failing to yield for traffic and the high cost of the nearly $4.1 million project.

Police records show there were 140 crashes at the intersection between 2000 and 2018, including a fatal accident in 2012. Since the traffic circle was completed last July there have been none.

“The Monroe location was a huge success,” said Scott Bushee, a Connecticut Department of Transportation engineer and the project manager for Monroe’s roundabout. “I think it’s a nice gateway for the community too.”

Bushee said two utility poles must be moved to complete the sidewalks, but the utility company could not do it last year. The contractor had planned to come back this July to finish that work, as well as some landscaping clean up, according to Bushee.

“There is a groundwater problem on the north end of the roundabout,” he added. “Water was bleeding through the pavement over the winter. We have to cut the pavement along the splitter island on the north leg and put in some under drain. The town is aware of it and we’re working with them.”

Bushee said roundabouts are meant to improve safety by forcing traffic to move at slower speeds. Crashes tend to be less serious because vehicles slow down from 40 to 45 mph to 20 to 25 mph while entering the traffic circle, he said, adding the trees on the islands have a calming effect on traffic.

“We put in six roundabouts on state roadways in Connecticut since around 2009,” he said. “We’ve been able to reduce crashes by 49 percent in these locations and severe crashes were reduced by 81 percent.”

Prior to the rotary, Salvatore said property damage from crashes was substantial due to the higher speeds, even when there were no injuries.

Traffic steadily moved through the roundabout at the intersection of routes 110 and 111 one recent Saturday morning. Drivers approaching yield signs waited for gaps before turning right into the circle and exiting in their direction of travel.

Bushee said there was high traffic queuing at the intersection at peak hours during morning and afternoon commuting times before the roundabout was built. He said it was common to have lines of eight to 10 cars waiting to turn left onto Route 111 from 110.

“At this particular location we had some rear-end crashes on route 110, while somebody was waiting to turn onto 111, and sideswipes from people taking short gaps and pulling out,” Bushee said. “Drivers on 110 had trouble finding a gap to turn onto 111, because of the speed of the traffic.”

While drivers turning left from Route 110 onto 111 had to wait for gaps in both directions of traffic, Bushee said there are now no more left turns, so drivers just have to wait for a gap in one direction before entering the roundabout.

Why not use a traffic signal?

During public information meetings for roundabouts, Bushee said residents often express fear of the unknown and having to adjust to something new.

Some Monroe residents contended that a traffic signal could have solved problems at the intersection for a fraction of the cost.

“Some think a signal would be safer and think a roundabout would be more confusing,” Bushee said. “But the reality is, if you look at a four-way-intersection, there are 32 conflict points at a conventional intersection and with a roundabout there’s only eight. The speeds are lower and people have more time to make better decisions.”

Bushee said traffic signals are less efficient, because at least one lane of traffic is stopped for a red light timed by a computer, even during times when the intersection is clear. By contrast, he said traffic in a roundabout is steadily moving.

During a summer reading event outside Edith Wheeler Memorial Library the Sun asked parents about the roundabout.

“I love the rotary,” said Amy Domenicy. “It’s going to lessen accidents. However, people need to obey the yield signs.”

Ivona De Carvalho said some drivers become confused and are

cautious while driving through the roundabout, stopping for no reason. But overall, De Carvalho said she and her husband believe it is an improvement.

First Selectman Ken Kellogg was elected well after the DOT project got underway, but worked to ensure it went according to plan.

“It seems to be very effective,” Kellogg said. “It slows down traffic significantly to make for a safer intersection, while not generating a tremendous amount of traffic congestion. Traffic seems to flow pretty smoothly.”

2 thoughts on “Has Monroe’s roundabout made the route 110 and 111 intersection safer?”