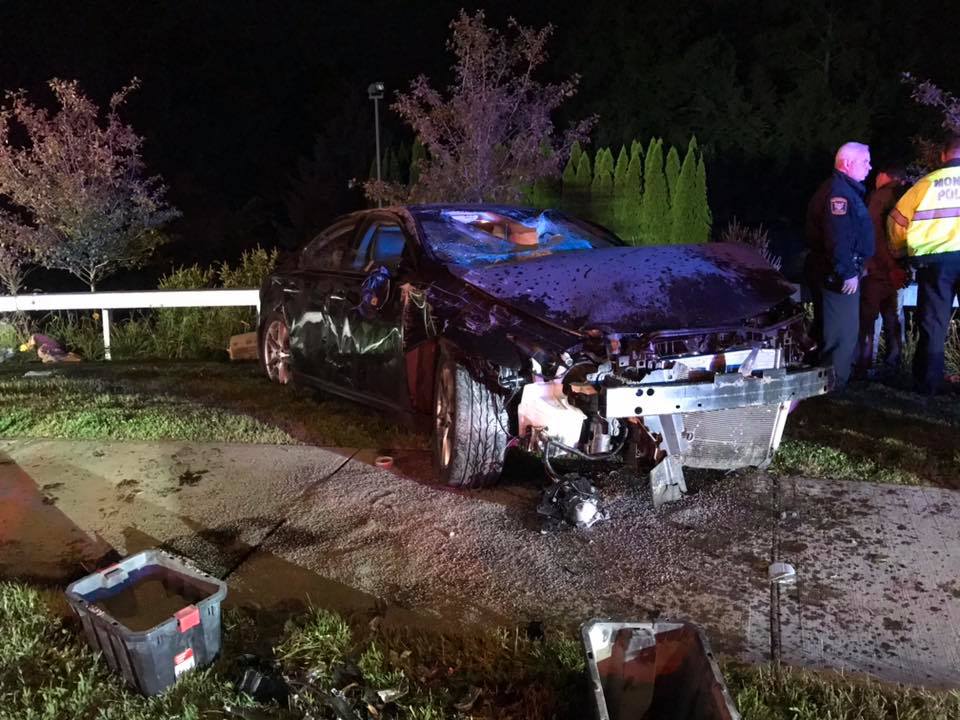 The driver was charged with DUI after crashing his Nissan in the roundabout early Saturday morning. Monroe Volunteer Fire Department Photo

The driver involved in a one-car-crash in the roundabout at the intersection of routes 110 and 111 around 1:27 Saturday morning was charged with DUI.

Police said the driver’s Nissan Maxima took out two signs and firefighters said it was a rollover crash. Police are still writing the accident report, so the direction the Nissan was heading in has not yet been disclosed.

The driver, Juan Colon, 27, of Bridgeport, was checked by paramedics at the scene, but police said he was not injured.

Colon was charged with operating under the influence, driving without insurance and failure to maintain the proper lane. He posted $500 bond for a Sept. 23 court date and was turned over to the Ansonia Police Department on an outstanding arrest warrant.