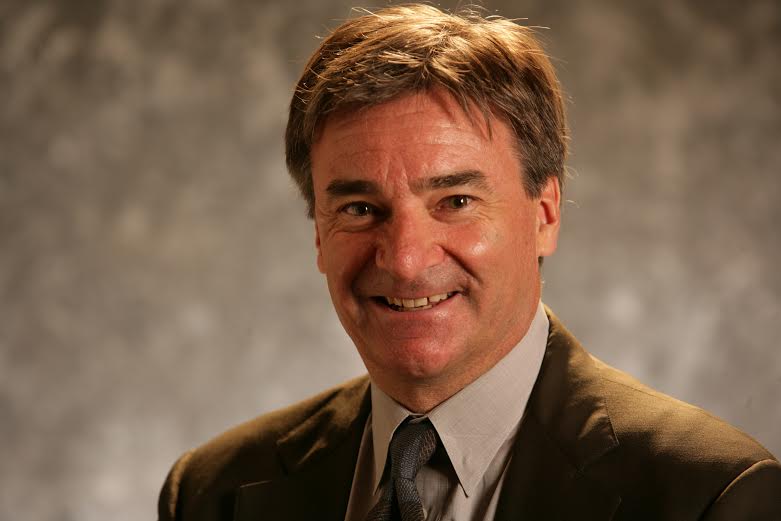 NEWTOWN, CT — William “Bill” Furrier grew up in a big Catholic family in Northvale, N.J., often playing outside with his seven siblings. Whether it was baseball, football or ice hockey on the neighborhood pond, the children set up their own code of conduct and kept each other in line, Furrier recalls.

Furrier, now 59, lives in Newtown and is still active outdoors, skiing, hiking, running triathlons and 5Ks. Politically, the chemical engineer considers himself to be Libertarian in his belief in limited government.

He is running as an Independent Party candidate in the special election for Connecticut’s 112th District, representing Monroe and Newtown. Among the issues Furrier feels strongly about, is a belief that the state should fully reopen amid the COVID-19 pandemic.

On Tuesday afternoon, all of the indoor seating at the Starbucks on Church Hill Road was temporarily closed off, so Furrier sat down for an interview on the patio outside.

Furrier says he believes a cloth mask has as much of a chance of stopping the coronavirus that a garage with open, double doors has of keeping a child from going outside.

He also contends that too much power rests with governors throughout the country, who can issue executive orders to close down businesses during the state of emergency. Furrier says it is his belief that those decisions should be made by legislatures, whose representatives are answerable to their constituents.

If elected, Furrier said, “I would say, ‘we should open the state,’ and hopefully others would agree with me. The overwhelming majority of healthy people have nothing to fear. The majority who come down with it have symptoms that are mild to nothing. To me, it means we’re that much closer to herd immunity.”

“It would be great if Connecticut joins those few state’s who are reopening,” he said of states like Texas and Mississippi. “If we don’t have voices fighting for us to reopen, we’ll never open.”

Furrier said Connecticut should at least be having the conversation.

He is running against Tony Scott, a Republican Town Council member in Monroe, and Nick Kapoor, a Democrat on the Monroe Board of Education. The 112th District seat became vacant following last month’s resignation of J.P. Sredzinski, a Republican. The special election will be held on April 13.

Furrier, a 24-year-Newtown resident, is a father of two.

Furrier, a senior scientist at Unilever in Trumbull, is part of the team for Dove Bar soap.

Furrier’s parents were Joe and Doris Furrier. Doris was a nurse, before giving up her career to raise a family, and Joe was a chemical engineer at Lever Brothers.

“I didn’t consciously follow in his footsteps,” Furrier said. “He worked on the original team developing Dove Bar.”

For his job, Joe Furrier moved his family from Massachusetts to Northvale, N.J.

“It was being built out,” Bill Furrier recalled. “Our neighbors moved there at the same time and we all became friends and had cookouts.”

“We had bomb shelter sirens,” he said of the neighborhood. “There were codes for ambulances, fires and other emergencies — and it went off at six o’clock for kids to go home. We stopped our games. It was time to go home for dinner. You ate, did your homework as fast as you could, and went outside again.”

“I couldn’t hit,” he said. “My brothers were great hitters. But I could steal bases. I wasn’t a fast kid, but I went for it.”

In the ’70s, hockey was starting to become popular in the area, and Furrier joined the team during his junior year of high school. He also played on the New Jersey Institute of Technology’s team.

Furrier still has an interest in sports, rooting for the New York Giants and the Boston Red Sox.

“My father was influential on baseball,” he recalled. “It was fair game to beat up a Red Sox fan. There was no political correctness. The first time I went to Yankee Stadium I was terrified. I didn’t want to cheer for the Red Sox.”

After school, Furrier worked as a process engineer, supporting research and development at a factory, before moving to Connecticut in 1997 to work for Elizabeth Arden in Trumbull, which later changed its name to Unilever.

“I’ve been with the company 24 years,” he said. “There’s a creative element to product development and a problem solving element. Each day is different. There’s a different problem to solve. The challenges are intellectually stimulating for me. It’s never boring. It’s never dull. And, every now and then, I come up with a new formulation.”

Setting down roots in Newtown

When Furrier and his wife searched for a house in Connecticut, he thought about finding something between Trumbull and Stamford.

“I thought Westport or Wilton would be good,” he recalled. “I was just looking at a map. Houses were starting at $1 million, so our Realtor showed us houses in Newtown, Monroe and Danbury.”

The couple took a drive into Newtown, where Furrier said his wife’s friend had found a good deal.

It was not long before Furrier became involved in local politics.

“I got involved immediately,” he said. “I saw an article. Republicans were looking for committee members.”

Furrier was appointed to serve on the Public Building & Site Commission, which supervises the construction of building projects, including major new construction, alterations or extensions, furnishing or equipping of a building to be used for public purposes, as well as the acquisition and improvement of land.

He said there was a comfort zone in being a Republican, though he added it is good to have differing views and perspectives in order to make the best decisions.

“I always aligned as a Republican,” Furrier said. “In town the Democrats are sometimes more fiscally conservative than the Republicans, depending on what you want to spend on. I’m more of a government conservative.”

Furrier said he also leans Libertarian, favoring limited government. Though he said he agrees with what James Madison wrote in the Federalist Papers, that without government, there would be anarchy because all men are not angels.

“But government has to be limited, because people in government aren’t all angels,” Furrier added.

Rise of the Independents

“I joined the RTC at one point, but for a number of reasons I didn’t feel at home with them. It was no hard feelings,” Furrier said. “Then this thing called the Independent Party of Newtown came along.”

Furrier said IPN was formed in 2007 by residents who were concerned over school spending and the high school addition project.

“I definitely agreed we needed to build the high school addition, but definitely wasn’t in the camp that thought we had to increase school spending all the time,” he said.

Furrier said the high school was at risk of being put on academic probation due to overcrowding, while the town was spending money to plan the future of the Fairfield Hills property. He said he also believed the first selectman had too much control over the latter issue.

“Not to say I didn’t trust the first selectman,” he explained. “It was too much power in too few hands.”

Furrier said IPN candidates won a lot of seats on town boards in 2007 and 2009, when Bruce Walczak ran for first selectman and Furrier was his running mate. Though Walczak did not win, Furrier garnered enough votes to become a selectman.

“The Republicans and Democrats realized there was a gap in what they provided and what people voted for,” Furrier said of the rise of the Independent Party of Newtown. “Under Pat Llodra they addressed those issues. By 2011, we were done.”

Furrier ran for first selectman in 2011, but lost to Patricia Llodra, a Republican.

Back on the campaign trail 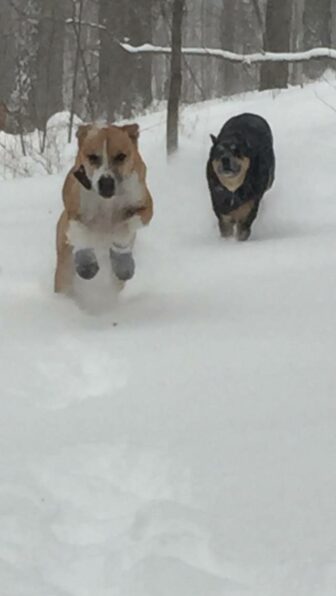 Bill Furrier’s dogs, from left, Rocco and Sparky, run through the snow.

“He said, ‘you’re in this district. Do you want to run?’” Furrier recalled. “I said yeah. Then I thought, ‘I don’t want to run.’ I didn’t know J.P. resigned and thought he was talking about the next election. I didn’t want to run against him.”

After he realized Sredzinski resigned, Furrier had a change of heart.

“I started to think about why I would want to run,” Furrier said. “I feel strongly that Connecticut should be open.”

Furrier said he has a strong belief that a legislator should represent the wishes of the voters in the district, unless it is something that violates your conscience.

As an Independent, Furrier said he would be able to advocate for what is best for the district without being beholden to the Republican and Democratic parties.

Furrier said Connecticut seems to have one-party rule in Hartford with the Democratic Party majority, while being what Forbes defines as a “Death Spiral State” financially.

At the same time, Monroe and Newtown do not get as big of a return as the towns should for the money they send to the state in taxes, particularly for education, according to Furrier.

“In the 112th District, we always had a representative looking out for more of a share, and I’d like to think all three candidates will continue that tradition,” he said, adding with a smile, “with me, more is always better.”