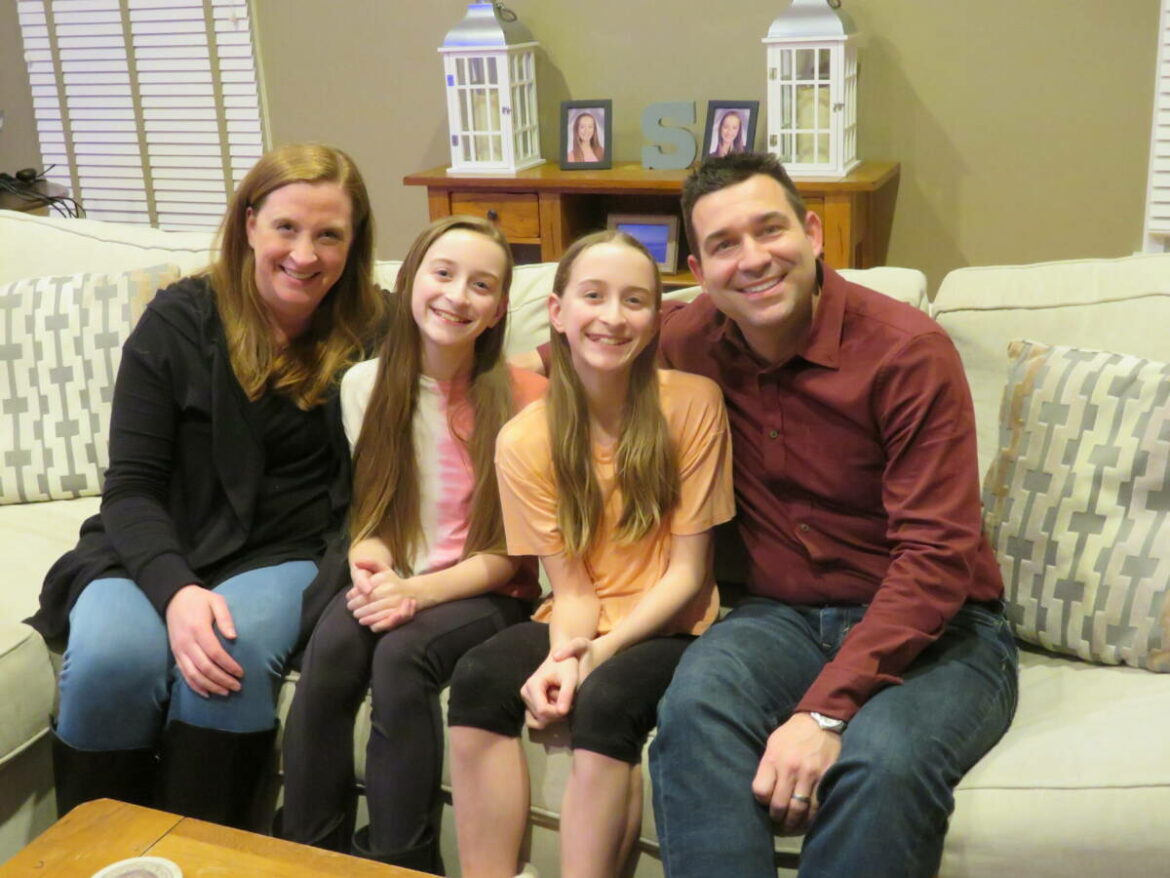 Tony Scott, far right, at home with his wife, Jennifer, and their twin daughters Lauren and Addison.

MONROE, CT — Tony Scott is a diehard Chicago Cubs fan, so much so that one of his daughter’s got her first and middle names from the cross streets for Wrigley Field, Addison and Clark, and his family’s yellow lab is named after the famous baseball stadium.

Scott, 44, played baseball and golf year-round growing up in Orlando, Fla., and went on to live in Harrisburg, Penn. He studied broadcast journalism for TV and radio at Penn State University, while dreaming of a career on a network like ESPN.

“I still use my communications degree,” said Scott, now a Town Councilman in Monroe. “I’m comfortable talking in front of a camera and giving speeches.”

Those skills will serve Scott well if Monroe and Newtown voters in Connecticut’s 12th District elect him as their representative during a special election on April 13.

J.P. Sredzinski, a fellow Republican, recently resigned as state representative and Scott, who was treasurer of his last two campaigns, decided to throw his own hat into the ring.

Scott will face a challenge from Nick Kapoor, a Democrat who serves on the Monroe Board of Education.

Scott and his wife, Jennifer, have twin daughters, Lauren and Addison, both 12. On Tuesday night, The Monroe Sun interviewed them at their Benedict Road home.

While taking classes at Penn State, Scott met his future wife, Jennifer Deak, through his roommate, Keith Nordyk of Monroe.

Jennifer grew up in town and graduated from Masuk High School in 1994. Her father, Edward J. Deak Jr., an economics professor at Fairfield University, is a longtime member of the Monroe Police Commission.

Jennifer is the director of finance for Bridgeport Hospital, which is owned by Yale-New Haven Health.

“They had races every week,” Scott recalled of the busy schedule.

Scott is now senior promotions manager for Edgewell in Shelton.

“Every coupon and deal you get as a consumer comes through me — digital coupons and coupons in the Sunday newspaper,” he said. “I manage a $60 million budget.”

After college, Scott moved to Connecticut and got his own place in Norwalk, while still dating Jennifer, who was living in Stamford.

In 2001, after the 9/11 terrorist attacks Connecticut’s economy took a downturn and Scott lost his job. He moved to Chicago and took Jennifer with him. The couple lived in the Windy City for five years, getting married in Connecticut during that time.

“We got married in the Newtown Meeting House,” Scott said.

Years later, the Scotts returned to Connecticut to find a new home and raise a family.

“We wanted two kids and we got them all at once,” Scott said of the birth of their twin daughters.

They stayed at Jennifer’s brother’s place in Shelton in 2006, while looking for houses on the real estate market, before choosing a house on Pepper Street in Monroe.

“Everybody knows everybody,” Jennifer said. “That’s why we love the town. We looked at other towns.”

The Scotts stayed in Monroe when they moved again three years ago, buying their current Colonial-style house. “My parents are still here, only two streets away,” Jennifer said.

“I like that it’s a town, not a city,” Scott said of Monroe. “You know a lot of people. It’s got a community feel.”

He praised the school and parks systems as the main draws to town. Lauren and Addison are both enrolled at Jockey Hollow Middle School and his family enjoys the concerts at Wolfe Park and other town events. 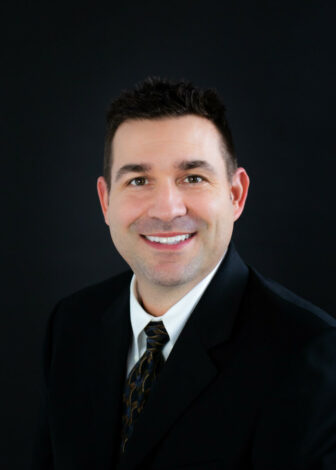 Scott’s parents are Rick and Joanna Scott and he has a younger sister named Nicole. Rick worked for his brother’s forklift company and Joanna was a homemaker, before starting her own travel agency.

“My family is not political,” Scott said. “At Penn State I got more involved in that environment. You come out of school and are not making a lot of money and it’s going to taxes and it makes you ask, ‘what am I getting for that money?'”

Scott describes himself as a fiscal conservative. One politician he looked up to was the late John McCain, the Republican senator from Arizona, who made two presidential runs.

“He was a war hero,” Scott said of McCain, who was a prisoner of war after being captured doing a bombing mission over North Vietnam. After coming home, Scott said McCain wanted to continue serving his country as a U.S. senator.

“He’s the definition of a hero for sure,” Scott said.

Jennifer said Scott always had a strong interest in politics.

“On election night, he stays up until the results are in,” she said of her husband’s monitoring of cable news stations. “And he’s done that since Chicago. The right to vote is a privilege.”

Years ago, Scott started attending all of the Monroe Republican Town Committee meetings when Judith Stripay was the party chair. Eventually, he said they gave him an opportunity to be a member of the Economic Development Commission.

Scott went on to serve on the Parks and Recreation Commission.

When Town Council Chairman Frank Lieto resigned to become the town attorney in late 2019, Lieto and Terry Rooney, who is the RTC’s Vacancy Committee chairman, asked Scott to fill the vacancy on the Town Council.

After Sredzinski’s surprise resignation on Feb. 17, Republicans in Monroe and Newtown sought a candidate to run in the special election.

“I definitely raised my hand to say I had an interest,” Scott said, adding of Sredzinski, “we’re friends and talking to him helped solidify my decision that this is the right thing to do.”

Scott said he hopes to make a difference by working to lower taxes and increase jobs in the state, while also making it affordable for young people, so they do not have to leave the state after graduating from college. He wants to do the latter for his own daughters.

“That’s unacceptable,” Scott said of what is known as the brain drain. “We need to build our state with our homegrown kids.”

He sees the recent real estate surge of families moving to Connecticut as a “blip,” rather than being caused by anything positive the state has done.

“If we don’t fix the problems, we’ll be left holding the bag,” Scott said. “We can’t just tax the wealthiest people or they will leave.”

While campaigning in the district over the next six weeks, Scott will work to solidify his ties in Monroe, while getting to know constituents in Newtown better.