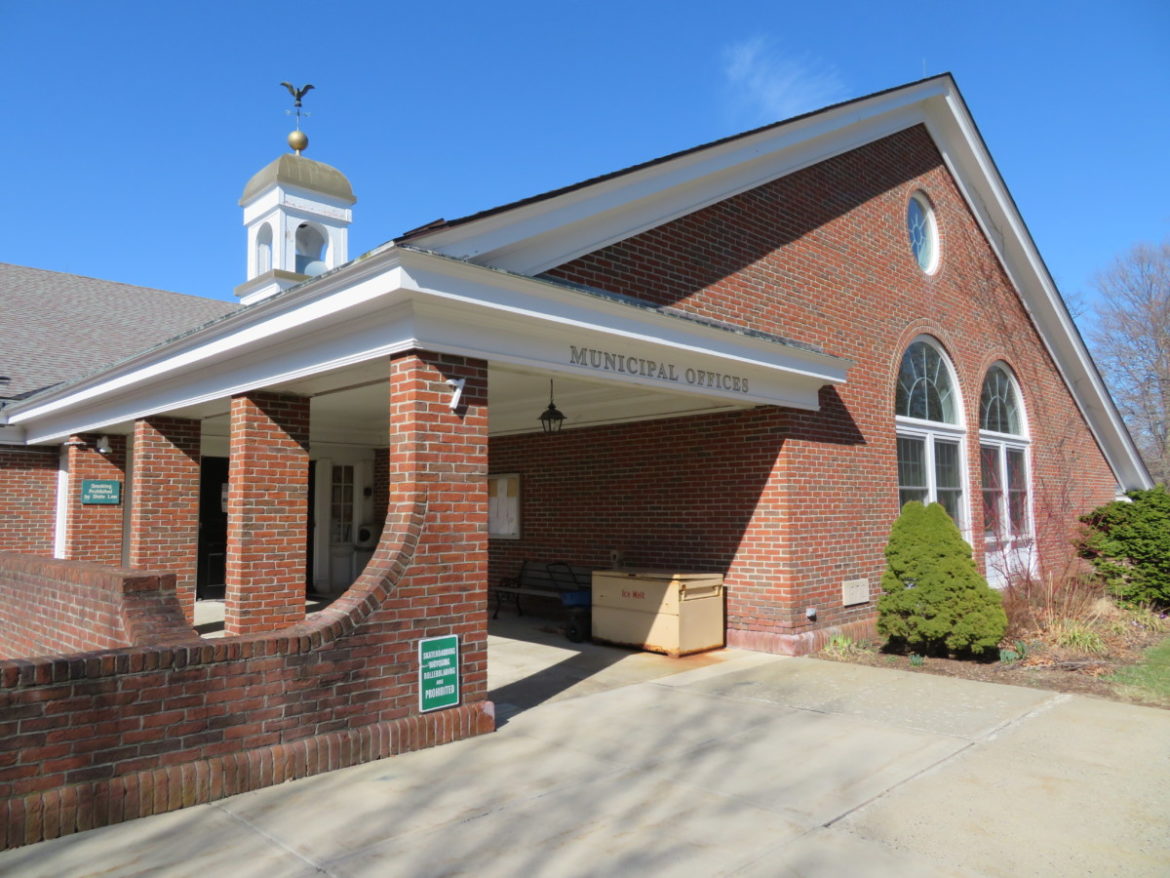 MONROE, CT — Planning and Zoning Commissioners shared a consensus to change the zoning on school property on Fan Hill Road, so nearly all of the 43-acre-parcel will be zoned as a Residential-Farming 2 district.

William Agresta, the town planning and zoning administrator, said this is part of the commission’s effort to eliminate bifurcated lots with more than one zoning designation, so zoning is more uniform throughout the town.

Currently, the property, which includes Fawn Hollow Elementary School, Jockey Hollow Middle School and the Chalk Hill building, is zoned RF-2 and RF-1. Agresta presented the town’s application to the commission at a hearing Thursday.

“The purpose of the zone change is to take care of the nonconforming status of the property and the bifurcated lotage,” he said.

He said RF-2 is more restrictive on development than an RF-1 district, so should the property ever be used for something other than schools, it would limit what could be built there and have farther setbacks from neighboring properties.

“We did a similar action not too long ago, where Webb Mountain Park is,” Agresta said. “That was zoned multifamily. It had been zoned R-3 at one time and that was rezoned back to the R-3 to be more consistent with the overall area, give it a park status and be a more restrictive zone.”

Approximately 1.4 acres of the Fan Hill Road property would be kept as RF-1, because it is reserved for the Monroe Volunteer Emergency Medical Service building project at the firehouse at 54 Jockey Hollow Road. Agresta said this would make that entire parcel RF-1.

Kermit and Nichole Bierut, who live on Jockey Hollow Road, were skeptical of the town’s reason for the zone change.

Kermit said his concern is the town is changing the school property to RF-2, so its buildings meet the lot coverage requirements, which it currently does not. RF-1 counts the entire acreage and RF-2 only counts the building coverage.

Nichole said she believes the impetus of the zone change is to allow the EMS project to proceed as presented, adding the project would adversely affect neighborhood property values.

“This application, to me, is no more than a shell game with property lines and zoning that does absolutely nothing to address our initial concerns and those of my neighbors,” she said. “Those concerns were lot coverage, impacts to the surrounding lands, size of the parking lot and the number of parking spaces proposed for the EMS building.”

Nichole asked, if the goal of the town is to eliminate bifurcation, then why was this not done when Jockey Hollow Middle School was built?

Agresta said he cannot speak to that, because he was not employed by the town back then. However, he said the commission has been “spending quite a bit of time” on rezoning bifurcated parcels to make zoning more uniform over the past five years.

“We’re gonna have another one come up in the next month or two in the business zones, rezoning several properties that are bifurcated as well,” Agresta said.

“This more restrictive zoning certainly won’t prevent the proposed cell tower, which was passed through Town Council, from being built on the school property — and that will negatively affect the surrounding properties,” she said.

“Further, as an owner of one of the surrounding properties, I’m confident that this application, which will move the EMS project in its existing form to fruition, will ultimately diminish my property value and my quality of life,” Bierut said. “I’m opposed to this zoning change and don’t find it to be, as the application says, a positive change to the benefit of the property and surrounding neighborhood. It’s a negative one and one that’s only a benefit to the EMS staff and the town — not the neighborhood.”

Mallory Sudol, of Fan Hill Road, asked if the zone change would result in the clearing of trees or if it has anything to do with the cell tower proposal on town property to the north of the Chalk Hill building.

Agresta said it would not involve tree clearing and that the commission has nothing to do with the cell tower, which is not subject to local zoning regulations. Though the cell tower’s application process will be held in town, Agresta said it is under the jurisdiction of the Connecticut Siting Council.

After the close of the hearing, the commission deliberated on the town’s application for the zone change.

Leon Ambrosey said there are mismatched zones throughout the town and the Plan of Conservation of Development recommends making parcels uniform, so he supports the change.

“I think it’s a very good strategic use of our town space,” said Robert Westlund. “I’m a fan of the change.”

Vice Chairman Michael O’Reilly, who was serving as chairman in William Porter’s absence, said the commission would direct Agresta to draft a motion of approval to be voted on at the next meeting.