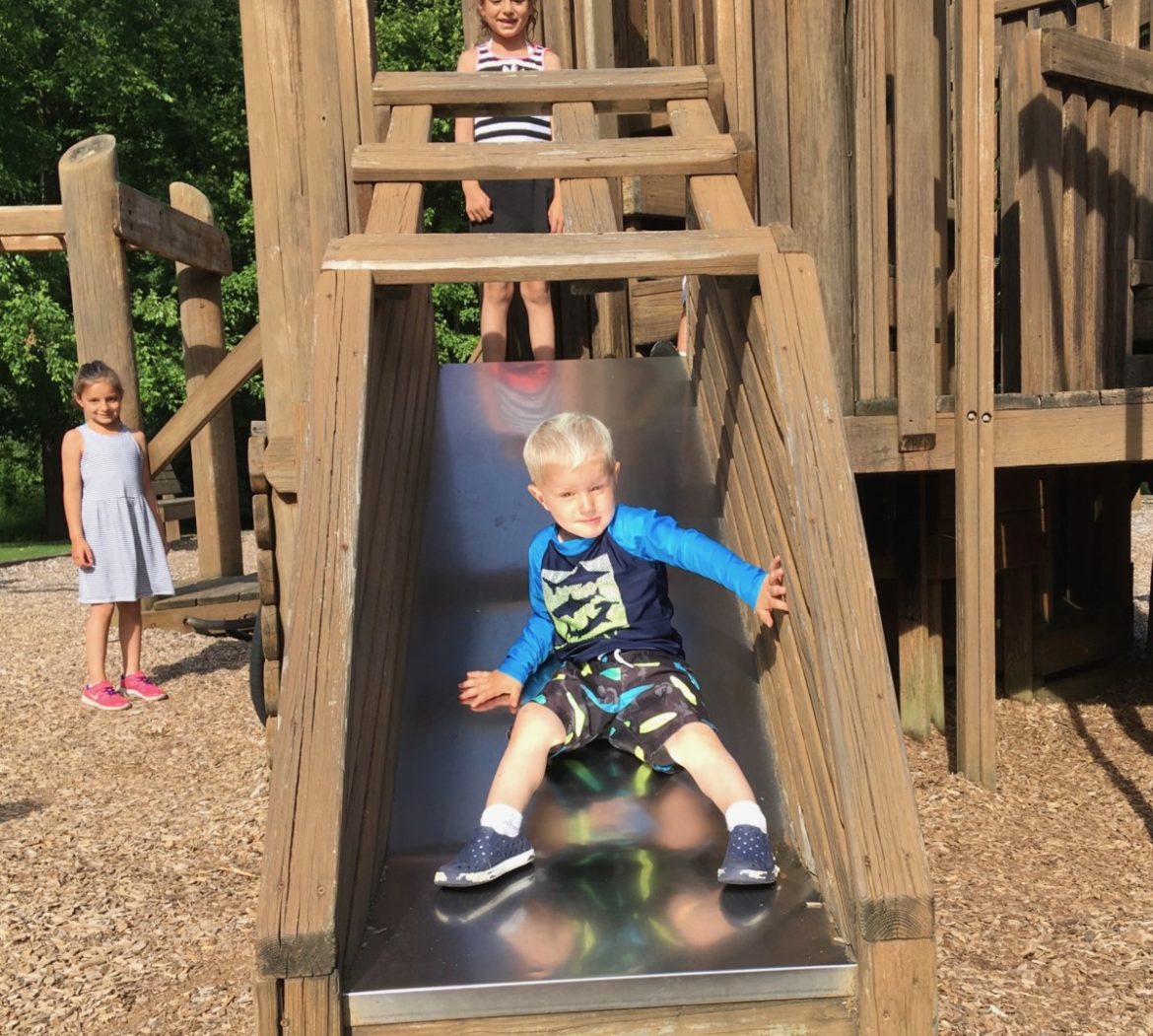 Owen, 3, takes his turn going down the slide at Kids Kreation playground at Wolfe Park.

Fundraising is still underway for the $400,000 project to replace the wooden Kids Kreation Playground at Wolfe Park. The new play space will be safer, more modern and may even have a new name.

Dan Keene, chairman of the Monroe Playground Foundation’s board, announced a contest to name the new playground.

“The grand prize is bragging rights. ‘You named the new playground!'” Keene told the Town Council at its meeting Tuesday night.

The Monroe Playground Foundation, the nonprofit organization leading the effort for a new playground with a community build, in which young and old volunteers assemble it, will have a dedicated page on its website for contestants to fill in their name, email address and idea for the name.

The contest will be held from now through Thanksgiving. Keene said foundation members hope it will create a buzz in the community about the project.

The foundation board will whittle down the submissions, giving names with multiple submissions preference. In those cases, the person with the earliest timestamp will get credit for submitting the name.

The board members will discuss the potential names with the Parks and Recreation Commission, Town Council and First Selectman’s Office before an approved list is agreed upon by all parties.

The top names will be published on social media and in local newspapers, along with the name of the person who came up with it. Voting will take place on an eVoting platform.

Finalists will be encouraged to drum up support for their name.

In January, the winner will be announced on social media and in local news.

Town Councilman Jason Maur suggested inviting the winner to the ribbon cutting ceremony for the new playground, a suggestion that appeared to be well received.

For information, to donate or be a volunteer, visit the Monroe Playground Foundation website.