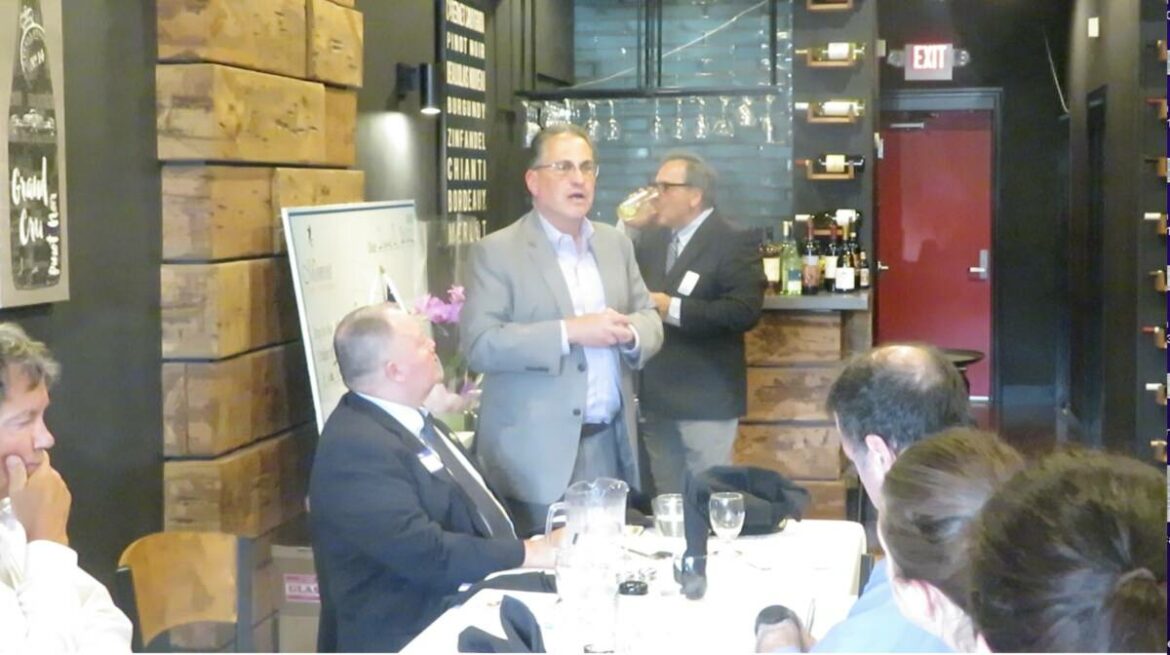 The Planning and Zoning Commission approved a modified design last September and construction began, but activity seems to have slowed. Kellogg said the project is still moving along. 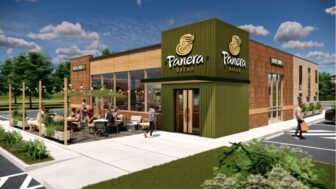 This computer rendering shows the next generation prototype for Panera Bread Cafés.

“The developer is responsible for putting the building up,” he said. “They are in the process of transferring ownership over to Panera.”

Once that’s done, the first selectman said Panera Bread is responsible for the interior. When the two-phase-process is complete, Kellogg said he expects things to move quickly.

To help the short-staffed Building Department, he said the town has paid former employees to come in and work hours here-and-there, while Town Planner Rick Schultz has been working his network trying to find people to hire.

“We’re doing everything we can to get fully staffed — to get the personnel in place,” Kellogg said, adding of the problem, “we’re aware of it. We’re on it. We’re working really hard to solve it every single day.”

Despite the unfilled opening, Kellogg said town staffers have created the right environment to encourage economic growth. He also said he’s proud of Monroe’s recent upgrade to a AAA-bond-rating, adding more evidence of the town’s strong fiscal health is the anticipation of a slight budget surplus.

“We still have a lot of great development going on in town,” Kellogg said. “There are still a lot of projects in the pipeline.”

There is already a conceptual approval for a medical facility behind the Panera and Noble gas station at 205 Monroe Turnpike. Kellogg said a tenant is lined up, so a site plan application should come very soon.

A dilapidated house on Route 111 was knocked down and there was a cleanup of the property next to it. A “for sale” sign is up and Kellogg anticipates applications for new development coming soon.

He credits Schultz for working with the property owner in a long process to address the blighted condition of the house that was razed.

Kellogg said there is a pending application to develop another property across the street from Walgreen’s, adding a white house there was abandoned years ago.

“Just north of that, applications are pending for two other businesses that are national names,” Kellogg said, without revealing the names.

A large development on four parcels in the industrial park is also anticipated, according to Kellogg.

The first selectman thanked Monroe Chamber of Commerce Chairman Ray Giovanni and its members for all they do to support town businesses to grow the commercial tax base.

Kellogg singled out William Holsworth, the town’s director of economic and community development, for praise. Kellogg said he recently received an email from a developer thanking him for all of Holsworth’s efforts.

“For anyone who went to the Stevenson car show, what a great story on a property long dormant for many years,” Kellogg said. “Permits were necessary, there was food served, carnival rides, a police presence — there was a lot that went on and everything that had to be dealt with was dealt with. Any glitches, you knew who to go to. They were solved. Thank you Bill.”

3 thoughts on “What’s going on with Panera Bread? First selectman provides an update”