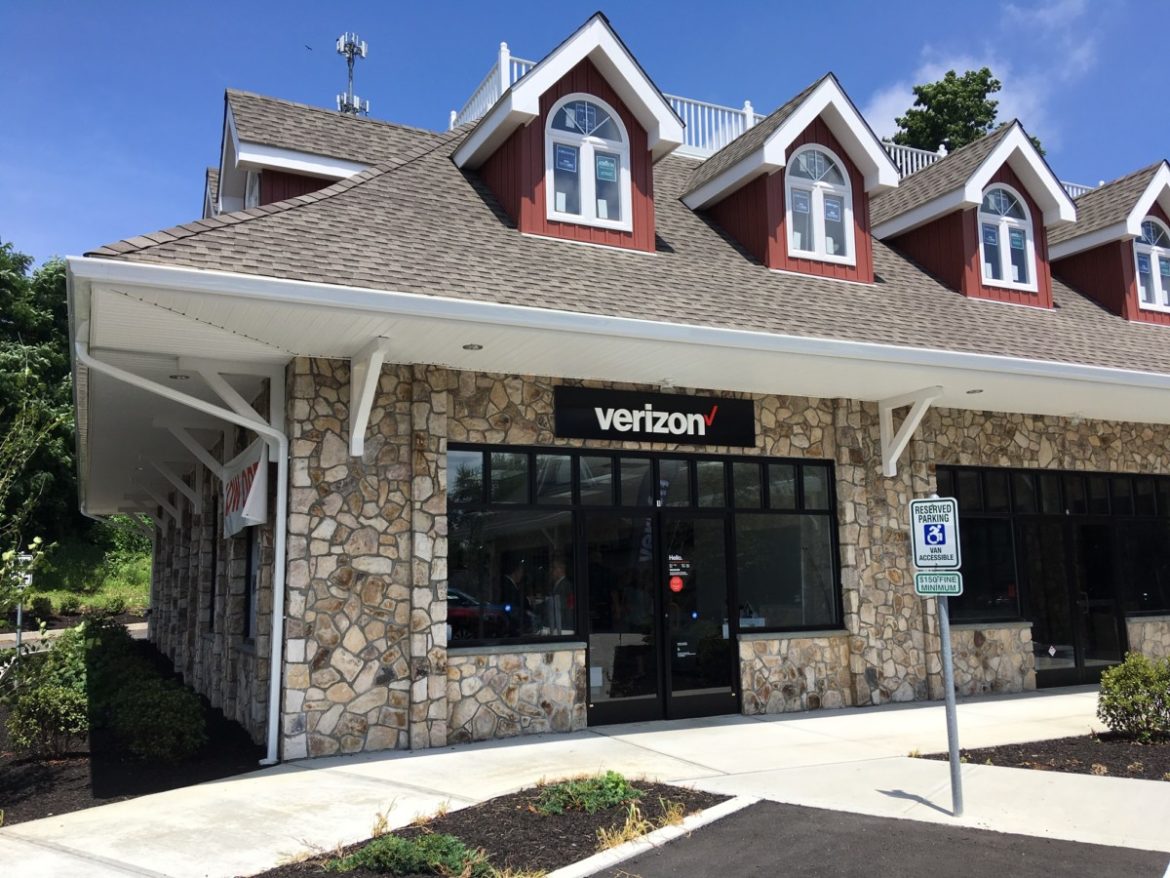 The Verizon store at 464 Main St. in Monroe was among the businesses hit by a massive burglary ring that was active in Connecticut, New York and beyond. 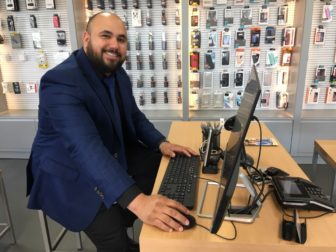 Abnel Vega is manager of the Verizon store, which recently relocated to the new stone-faced building at 464 Main St.

Verizon, which recently relocated to a new building at 464 Main St., is hosting a weekend celebration with deals on cellphones and upgrades, a bounce house, a dunk tank and a giveaway of 100 free backpacks filled with school supplies.

On Friday afternoon the store, owned by Wireless Zone, awarded $500 checks to both the Masuk Football Club and the Stepney Volunteer Fire Co. during a ribbon cutting ceremony attended by First Selectman Ken Kellogg and members of the Monroe Chamber of Commerce and Economic Development Commission.

“I joined the Chamber of Commerce,” said Abnel Vega, the store manager. “We want to stay here and help the community and any issue they have — even if they don’t buy a phone from us.”

Verizon, which used to be at 695 Main St., became the first tenant in the building with the stone facade at 464 Main St. just over two months ago.

“I’m really encouraged,” Kellogg said. “We’re really excited to have Verizon here. It is my understanding there are other tenants lined up to go into this building and I’m hopeful that they’re on the path to being fully occupied.”

The Planning & Zoning Commission had general, pre-application discussions on both proposals at its meeting on Thursday.

“I like to think it’s coming back,” Kellogg said of business on the Stepney side of town.

“Things are already picking up,” said Ray Giovanni, president of the Monroe Chamber of Commerce and chairman of the EDC. “Clocktower was mostly vacant the last five years and now it’s starting to fill up. We have a large pet store going in there as well.”

Back to school supplies 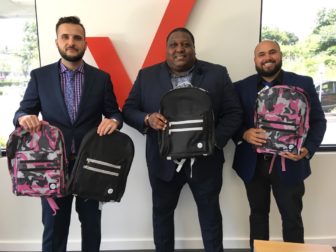 Wireless Zone District Manager Dmitriy Marchenko, General Manager Rashad A. Waller and Abnel Vega, manager of the Monroe Verizon store, show off some of the 100 free backpacks they will give away for their grand opening celebration Sunday.

This Saturday, Verizon is offering specials from 10 a.m. until noon with discounts on new phones with no activation fee and deals on accessories.

“All weekend we will offer free activation and will waive upgrade fees,” Vega said.

Sunday will be known as “Funday” from 1 to 4 p.m. with food, a bounce house, a dunk tank, beanbag toss, snow cones, raffles and a fire truck for children to climb into.

The first 100 children to arrive Sunday will receive a free backpack filled with school supplies like paper, pens and rulers.

Rashad A. Waller, general manager of Wireless Zone, which owns 45 Verizon stores throughout Connecticut, New York, New Jersey, Massachusetts, Rhode Island and Pennsylvania, said every location will do the Backpack Giveaway that has benefited nearly 700,000 students since 2013.

Dmitriy Marchenko, the district manager, said Verizon’s employees put a strong emphasis on customer service, from offering them a cup of coffee to holding an umbrella while walking them to their cars in the rain. 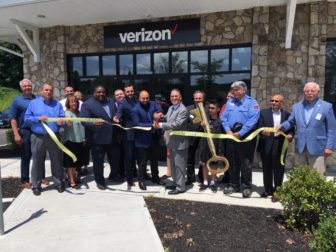 Damone said the club will use the money to defray costs of travel and feeding their football players before and after games.

“It’s just great to build a relationship between local businesses in the community,” Damone said.

“Every dollar we get goes into training, equipment and support of our members,” he said, “and we give back to the community by supporting different events and causes like the playground.”

Schmaling was referring to the rebuild of Kids Kreation playground at Wolfe Park.