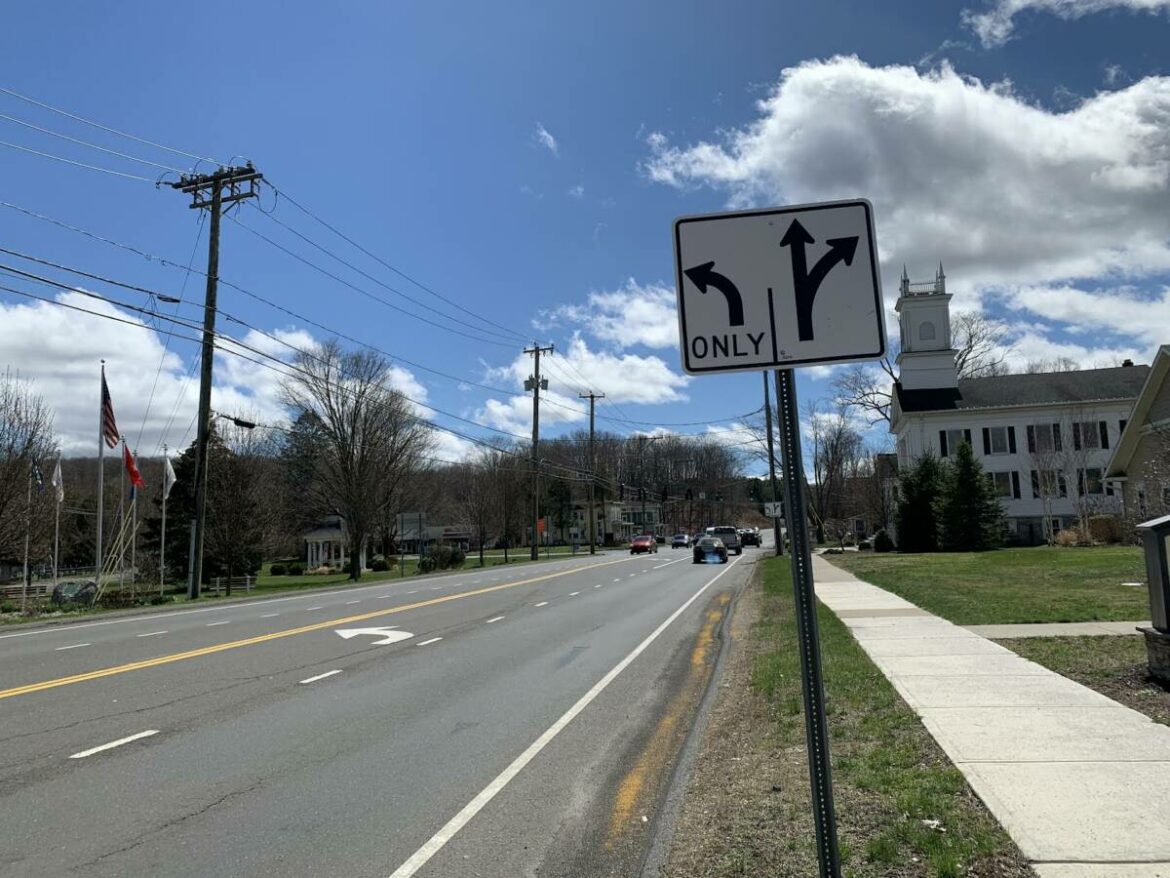 A longer left turn lane on Main Street allows up to 12 vehicles to queue, while waiting to turn onto Green Street, before stopping the flow of other southbound traffic.

“We received multiple citizen complaints about the backup of southbound traffic on Route 25,” White said.

In 2017, Vavrek and Salvatore put in a request to the Connecticut Department of Transportation for improvements, resulting in a plan to redraw lanes and directional signs, and to realign and change the timing of the traffic lights at the intersection with Route 59.

Five years later, just last month, a DOT crew came into town one night, removed the old traffic markings from the asphalt on Main Street, and adjusted the traffic signal at the intersection with Route 59.

“It was ironic, because the project was dormant for so long, that the DOT just came in and completed it,” White said.

First Selectman Ken Kellogg said town officials thought the concept had been abandoned by the DOT. “I’m pleased that they did it,” he added.

“We thought it was a fiscally responsible safety measure and the DOT concurred with us at that time,” Salvatore said of when the project was originally proposed. “For whatever reason it was held up.” 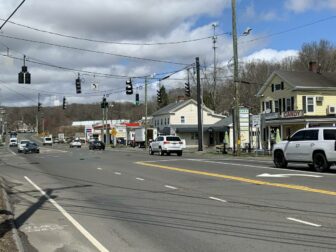 A new left turn lane decreased the number of straight lanes heading north from the Route 25/59 intersection from two to one.

White said the asphalt footprint on Main Street remains the same, but traffic markings on the road have been altered. The northbound left turn lane, heading toward Newtown at the intersection with Route 59, was made into a southbound lane.

This change allows up to 12 vehicles to queue heading south, before the intersection with Green Street is clogged by drivers waiting to turn left, according to White, who said this allows a continuous flow of traffic heading south, toward Trumbull.

There used to be two straight lanes to go north at the Main Street-Route 59 intersection. Now one became the left turn only lane for traffic turning onto 59, leaving one lane continuing north. The traffic light was shifted over, so the left turn signal is over the left turn lane.

White said traffic significantly increased in the area over the past five years, so it should take a while to know whether the DOT project improved the situation on Route 25. “It’s too early,” he said. “Time will tell.”

During his time as first selectman, Vavrek remembers seeking many improvements along the Main Street corridor, “from much needed road widening, to longer turning lanes, to traffic light timing, to the realignment of lower Pepper Street, down to trees and types of road lighting.”

“The state and the town police and our land use department were continuously meeting on the complete realignment of, not only that intersection, but all projects we did in a four-to-five-year period,” he said.

Plans for the DOT intersection project include this drawing of the Route 25 and 59, and 25 and Green Street intersections on Main Street.

Of the recent work, Vavrek said, “before that intersection was realigned, folks were using many side roads to stay away from constant congestion. Sadly with all the new work that was done, the road has gotten back to being congested, but widening the road anymore would mean a huge loss of businesses along the corridor as most, if not all, of their current parking spaces would be removed.”