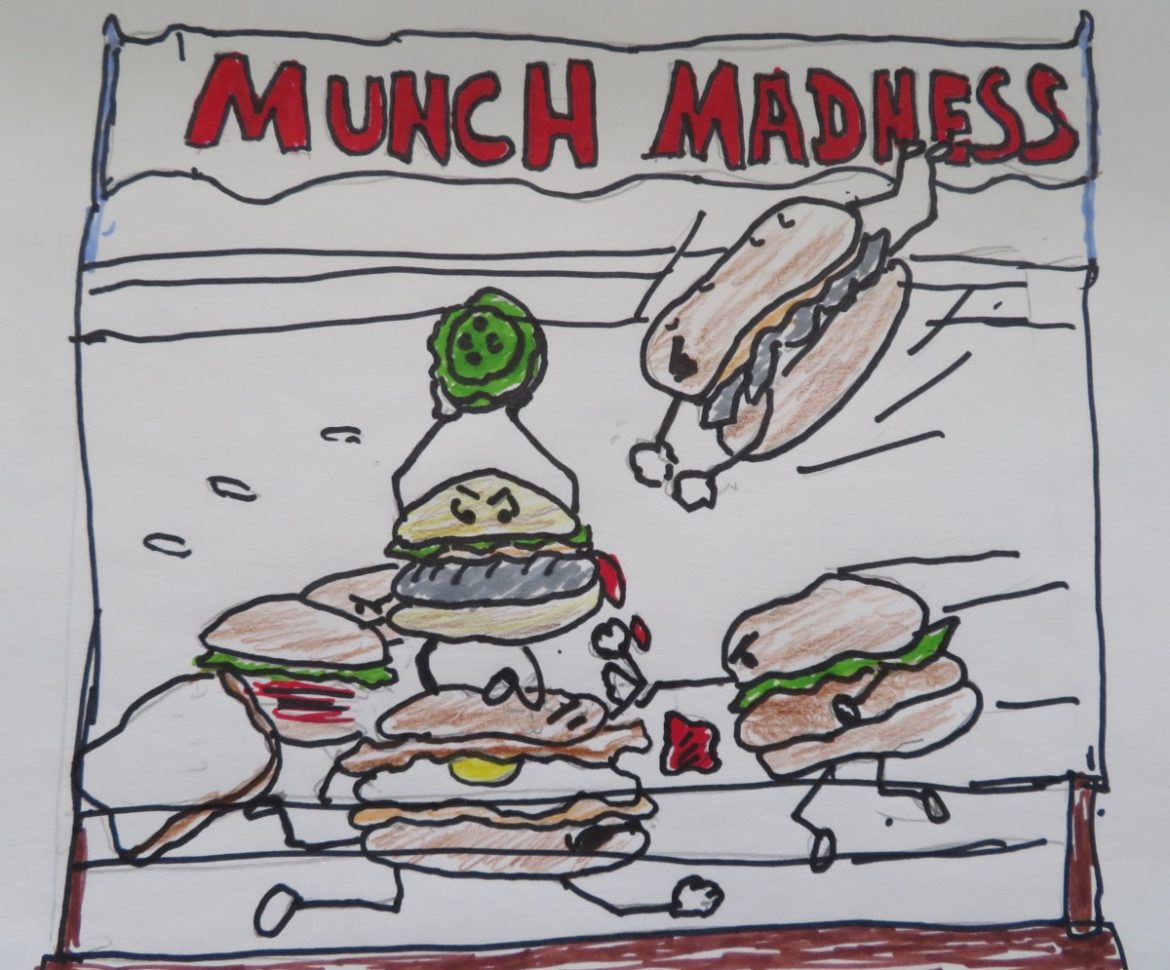 MONROE, CT — A tangy Reuben, a tender chicken cutlet and a juicy burger are among the sandwiches making it to the Sweet 16 of Munch Madness, a tournament on the “I Love Sandwiches” Facebook page.

The updated bracket is up on the page, ready for members to see this week’s matchups and cast their votes on each individual poll.

Jason Maur, a Monroe town councilman, and Kevin Casini, his friend from law school, came up with the idea for Munch Madness, and Casini serves as commissioner of the tournament.

Poll results are finalized every weekend and the intense debate among sandwich connoisseurs is sure continue long after a tournament champion is crowned. 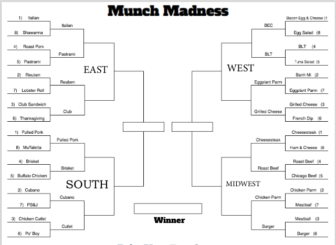 The Munch Madness tournament bracket can be downloaded from the “I Love Sandwiches” Facebook page.

Last week, classic favorites lost to more popular sandwiches. Among the casualties were the Lobster Roll and Peanut Butter and Jelly, which fell to the Reuben and the Cubano.

Who will survive this weekend, when the polls are tallied for Round 2? Join the “I Love Sandwiches” Facebook page and cast votes for your favorites throughout the week to help the sandwiches make it to the Elite Eight.

Among this week’s matchups are the Italian vs. Pastrami and Reuben vs. Club in the East, Pulled Pork vs. Brisket and Cubano vs. Cutlet in the South.

In the West, crosstown rivals Bacon Egg & Cheese and the BLT will battle for bragging rights, and Eggplant Parm will take on  Grilled Cheese.

In the Midwest bracket, Cheesesteak vs. Roast Beef will answer the age old question of, “where’s the beef?” And the final matchup pits white meat against red, as Chicken Parm takes on Burger.