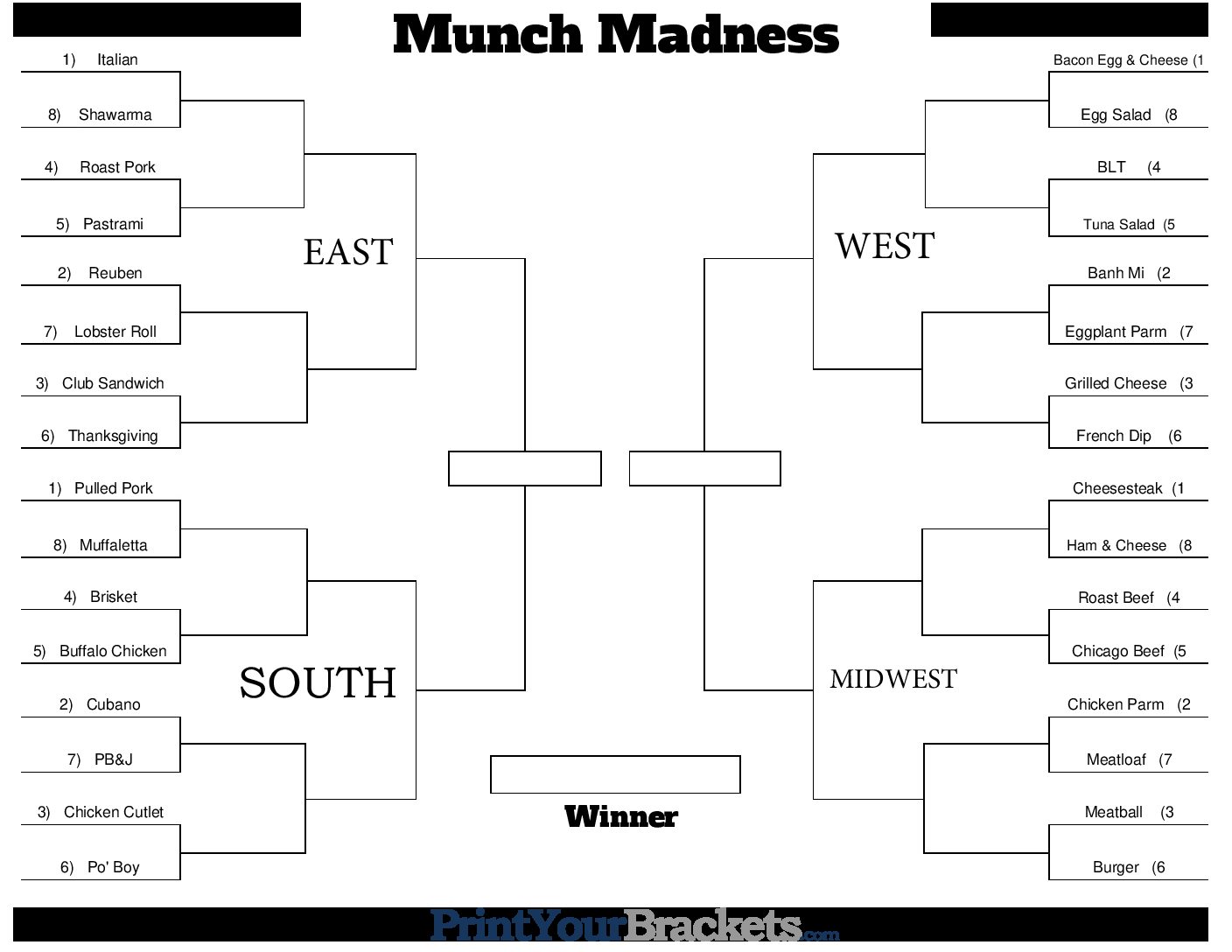 MONROE, CT — Cold cuts, toppings and an assortment of cheeses will collide and mustard and mayo will surely be spilled, as some of the most popular sandwiches go toe-to-toe in Munch Madness, an online tournament playing out on Facebook.

Round One this week includes matchups like Roast Beef vs. Pastrami in the East, Cubano vs. Peanut Butter and Jelly in the South, Grilled Cheese vs. French Dip in the West and Meatball vs. Burger in the Midwest.

To participate in the voting, or just be a hungry spectator, simply visit the “I Love Sandwiches” Facebook page and ask to be a member. There you can print out the bracket matching up 32 sandwiches. 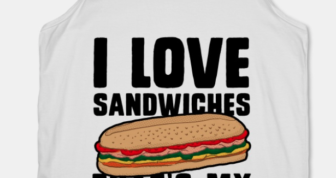 Jason Maur, a Monroe town councilman, and Kevin Casini, his friend from law school, came up with the idea for Munch Madness, and Casini serves as commissioner of the tournament.

“Some friends and I started a Munch Madness tournament on the ‘I Love Sandwiches’ page as a fun way for people to get some ‘sports’ in during quarantine,” Maur said Monday. “Quite simply, Kevin Casini, a fellow foodie and law school chum, asked a group of us to create a bracket of the best sandwiches based on input from the ‘I Love Sandwiches’ FB group.”

Casini recruited a group of 13 other chefs, restaurant owners, and foodies to create the brackets, Maur said, adding the tournament has a 14 person committee.

The group put the bracket out Sunday and the voting will take place in polls all week long. “We are going to announce the winners around the end of each week and release the next round each Sunday,” Maur explained.

The week leading up to the results is all part of the fun. 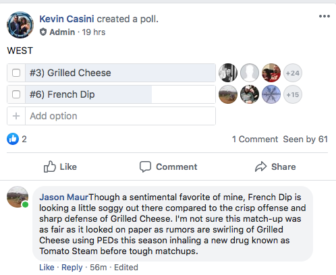 “Some of us are doing ‘color commentary’ of the match-ups in the comments of each poll,” said Maur, who has already been talking trash.

In first round action, Bacon Egg & Cheese is pounding Egg Salad 38 to 4, while Burger is edging Meatball in a closer matchup, 27-16 among some of the matchups. But there is still time for comeback victories.

Maur encourages all sandwich lovers to join the Facebook group and save their favorite sandwiches from elimination.