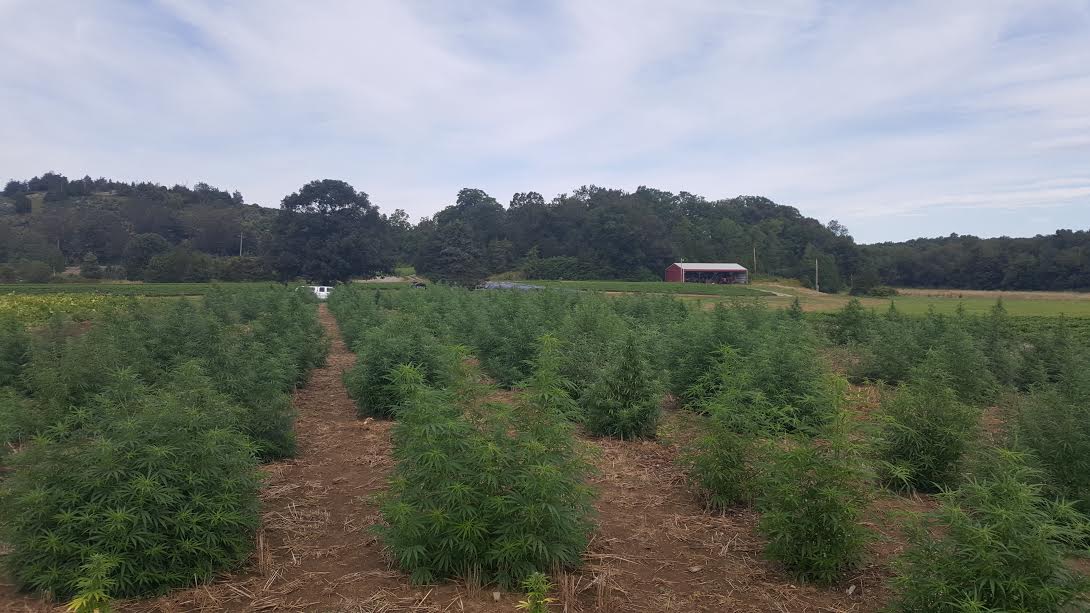 Connecticut is one of 33 states allowing cannabis for medicinal use. Contributed

MONROE, Conn. — A 24-year-old Monroe man was rendered unresponsive after smoking marijuana with a friend, while parked at the entrance to Webb Mountain Park on Old Fish House Road on Feb. 14, and police later discovered the cause for the bad reaction. A dealer laced the pot with fentanyl, a powerful synthetic opioid that has caused many overdose deaths in the state.

“I think instances like this make a strong case for the legalization of marijuana, because now there is no quality control,” said Sen. Martin Looney, president pro tempore of the Connecticut State Senate. “The same thing happened during the 14 years of Prohibition. There were thousands of cases of people killed by tainted alcohol they bought, causing illnesses and blindness. Without quality control, people were buying an unregulated product, as is the case now with marijuana.”

Looney, a Democrat, is a sponsor of Governor’s Bill No. 16, a proposal to legalize marijuana by July 1, 2020. It would allow adults age 21 and older to possess one-and-a-half-ounces at any one time, of which no more than five grams may be in the form of cannabis concentrate.

It also includes a ban on advertising geared toward children.

The senator said estimates on revenue from taxes and fees vary from $50 million to $80 million a year, “ramping up once there is full implementation.”

Connecticut is currently one of 33 states where marijuana is legal for medicinal use, but not everyone shares Gov. Ned Lamont and Looney’s optimism over Connecticut joining 11 other states in legalizing cannabis for recreational use.

Connie Crowell, program director of Alcohol and Drug Awareness of Monroe (ADAM), said medical marijuana is okay, but regulating pot for recreational use doesn’t account for the social and health risks of the drug.

Patrick O’Hara, who is known around town as Monroe’s treasurer, grows hemp for Luis Vega of WEPA Farms in Shelton. If Connecticut makes the recreational use of cannabis legal, O’Hara said he will grow it for Vega if he asks him to.

“Whether I lean toward it or not is irrelevant,” O’Hara said of his personal opinion. “It’s here. Legalizing marijuana used to poll 40 to 60 and now it’s 60 to 40 percent in favor. Now that it’s here, legalization will bolster the regulation.”

Should Connecticut legalize marijuana for recreational use? 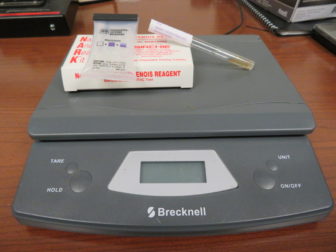 Police use equipment to test for narcotics seized in traffic stops and other arrests.

State Rep. J.P. Sredzinski, R-112th, one of the House Republican whips, is among the opposition Governor’s Bill No. 16 faces in Hartford.

“Without seeing the details of the bill, I am opposed to the legalization of marijuana,” he said. “The main reason is employers not being able to adequately test their employees, as well as the lack of drug recognition enforcement from our public safety law officers.”

Sredzinski said, without speaking for other representatives, he believes the majority of Republicans agree with his take on legalization, adding, “I do know from speaking with my colleagues that there are a number of Democrats who share that concern.”

State Sen. Kevin Kelly, R-21st, who also represents Monroe, said, “I have serious concerns about the public health and public safety impact of legalizing recreational cannabis. I continue to hear lawmakers say that we need to legalize it because that’s what our neighboring states are doing. As a parent I always tell my kids just because someone else is doing something doesn’t mean you should do it too or that it’s good for you.”

“Consistent with that, I don’t think our state should adopt a policy just because a neighboring state has,” Kelly continued. “I also hear discussion of recreational marijuana as a fiscal issue and a way to generate more from taxpayers. I don’t think we should legalize something just for revenue. That’s a slippery slope we should not be going down.”

The bill would allow testimony from drug recognition experts’ observations during traffic stops to be used as evidence in DUI cases.

Monroe Police Chief John Salvatore said there are less than 50 drug recognition officers in the state of Connecticut, adding the town has one of them. Sredzinski said that officer is not on duty 24-7, though Salvatore said one can be requested from a neighboring town in those instances.

But while a breathalyzer is recognized as an accurate way to measure blood alcohol levels to determine if someone is drunk, Salvatore said there is no equipment to test whether a driver is under the influence of marijuana.

Looney said there were DUI arrests before the breath test was in place, when someone was stopped for driving erratically and did not perform field sobriety tests to standard. He said the same thing could be done in the case of marijuana, until a reliable test is in place.

According to Governor’s Bill No. 16, anyone who possesses more than one-and-a-half-ounces of a cannabis type substance, but less than two grams, shall be fined $150 for a first offense and no less than $200, and no more than $500, for each subsequent offense.

“Anyone with two ounces or more shall be guilty of a class B misdemeanor,” the bill states.

“If the court determines this is a drug-dependent person, it may suspend prosecution and order the person to undergo substance abuse treatment,” the bill says. “Anyone found guilty of the violation twice can be referred for participation in a drug education program at their own expense.”

The bill also includes a social justice component allowing anyone with a criminal conviction for the offense on Oct. 1, 2015 or later to petition the Superior Court for an order of erasure.

Another concern of Salvatore’s is reports of more motor vehicle crashes in states where marijuana was legalized.

According to an article in Consumer Reports on Oct. 18, 2018, a study conducted by the Insurance Institute for Highway Safety claims motor vehicle crashes were up 6 percent in four states that legalized recreational marijuana, compared with four neighboring states where marijuana is restricted or illegal.

However, it also determined that future studies over a longer period of time are warranted.

Looney said any increases in crashes are more likely due to added traffic volume from out-of-state drivers visiting places like Massachusetts to buy marijuana where it is legal.

“If every state legalized it, nobody would have to drive out of state to get it,” Looney said.

No remorse in Vermont

“There is broad based support in the public for it,” Looney said of legalizing marijuana. “One reason it is challenging in Connecticut is because it is an issue that has to pass the legislature, while in other states it was a direct ballot initiative.”

Last year, the governor introduced three separate bills and all made it out of committees, but none came to the floor for a vote, according to Looney.

He said Governor’s Bill No. 16 will likely have to make it through the Judiciary, General Law, Finance and Public Health committees to get to the floor this year.

On Monday, the Judiciary Committee held a hearing on the 108 page bill.

Jonathan Harris, senior adviser to the governor, said revenue is not the main goal of legalization. Since New York, New Jersey and Rhode Island are all considering legalizing the recreational use of cannabis, he said the drug will be more accessible to Connecticut citizens, regardless of what the state does.

“The governor wants to do this because it’s good public policy and then he understands that there is going to be a cost to regulate it, and we have to take that into account,” Harris said.  “He also understands that there will be social costs to this. Although, we believe that a highly regulated, safe marketplace is better than the black market and will also help us deal with the legal products purchased in other states all around us that will be here, so it will be safer than if we do nothing … and then after all that, there will be revenue to the state of Connecticut.”

James C. Rovella, commissioner of the Department of Emergency Services and Public Protection, said, “we fully support this bill, because it protects the health and the safety of our citizens. Cannabis is already among us and law enforcement is dealing with it and expending resources on it.”

The bill also received support from the Department of Consumer Protection, which would oversee the regulation once manufacturing of product is allowed in the state.

A representative of the American Civil Liberties Union of Connecticut testified in favor of legalization with amendments, one of which would decriminalize possession of all amounts of marijuana.

“So I would suggest that that poll shows the opposite,” Simon said. “Vermonters like their current law allowing possession and cultivation and they want to see a regulated sales component added.”

But there was also stiff opposition, including from AAA, which is concerned over increased crash rates and no reliable test for the level of impairment from THC, the main mind-altering ingredient found in the cannabis plant.

The Connecticut Business and Industry Association wondered about employers’ rights to ask their employees not to use pot when they are not at work.

David Krechevsky, of the Waterbury Chamber of Commerce, said CBIA’s concern is over the fact that, unlike alcohol, THC can remain in your system and cause impairment the day after use.

What about the children?

The Rev. Ernestine Holloway, of the Refuse of Councils of Churches, wondered why there was no discussion over the effect on children, some as young as 13, who are using the drug.

“This is going to devastate our community,” she said, before asking aloud if legislators want to legalize cannabis for recreational use for tax revenue, because tolls did not pass.

Though he said he was not testifying for or against the bill, Thomas Burr, of the Connecticut Chapter of the National Alliance on Mental Illness, said the use of marijuana by teens is 25 percent higher in states where it is legal.

D’Souza also said there is “a fairly compelling link” to the use of marijuana and the development of schizophrenia.

State Rep. Rosa Rebimbas, R-Naugatuck, a ranking member of the Judiciary Committee, said she kept hearing how the bill would eliminate the black market, then asked if anyone knew of anywhere where the black market was ever eliminated.

Despite regulation, Crowell said marijuana will still find its way to teenagers. She cited studies reported by the National Institute on Drug Abuse showing the drug interferes with attention, motivation, memory and learning.

She also expressed concerns over the higher THC content in today’s marijuana, which can come in the form of edibles like Gummy Bears, which is appealing to children.

Salvatore said there are health benefits for medicinal marijuana, though there are a myriad of issues that should be considered before allowing recreational use.

“The THC content of marijuana is certainly stronger than it was 25 years ago and a lot of people say it’s the first drug they used before using more harmful drugs,” he said. “People we’ve interviewed for overdoses and possession and the families of a lot of these drug users, who are no longer here because they died, say the same thing.”

On preventing incidents like the one that happened in Monroe in February, Salvatore said something could be legally regulated, only to have a black market undercut sales by selling cheaper, unregulated product.

“The problem of fentanyl laced marijuana doesn’t go away with the legalization of marijuana,” he said.