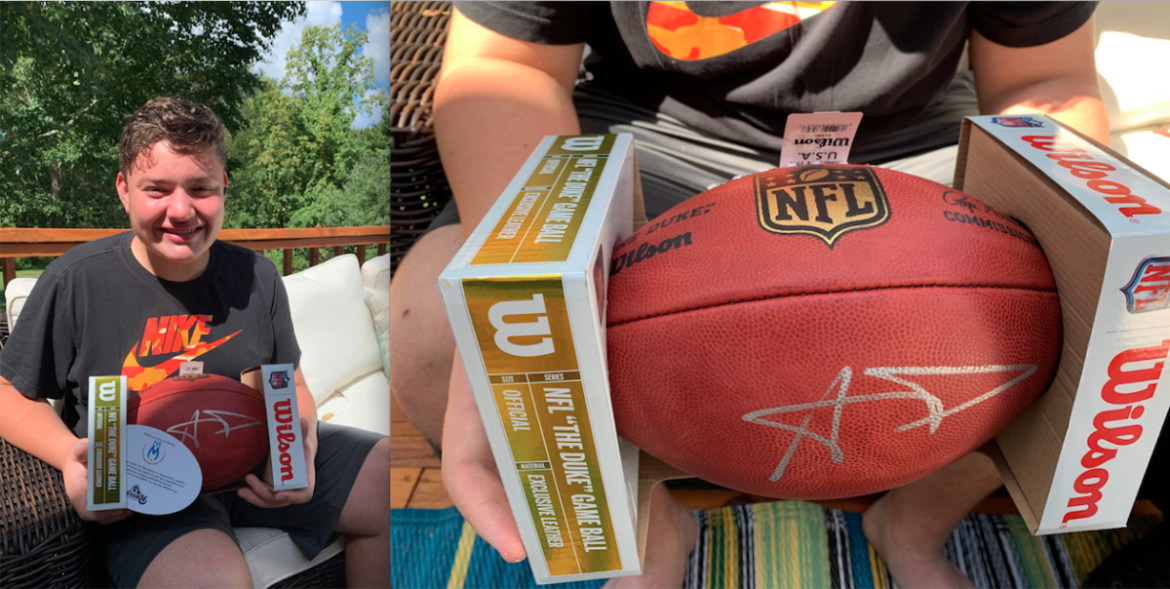 MONROE, CT — Edward Medaris, 14, received a surprise package in the mail Sunday, after the Los Angeles Rams noticed an article in The Monroe Sun about Medaris earning recognition by NFL Play 60’s Fuel Your Good campaign for his group Tackle the Trash, and sent him a football autographed by his favorite player: superstar defensive tackle Aaron Donald.

“I almost passed out when I saw the signature on the ball,” Medaris said Monday. “It was amazing. It took my breath away. I couldn’t believe it. It was like a dream come true. It’s crazy to think my idol knows who I am now. It’s just crazy.”

Medaris played nose tackle for the Monroe Lions and is now practicing as a Panther, while starting his first year at Masuk High School.

In addition to the football, the Rams asked Medaris for a photo, so a cardboard cutout of him can be displayed in a section of the stadium with cutouts of other fans. The display will be called Fans for Good and it will be shown during a telecast of a Rams game this season.

NFL’s Fuel Up to Play 60’s Fuel Your Good campaign rewards kids for something good in their community.

On March 9, Medaris, his parents Don and Elisabeth, some Lions teammates and other friends, picked up roadside trash along East Village Road as part of Edward’s group Tackle the Trash.

Medaris led another trash pickup this summer, but with school and football season starting, it will be a while before the next event. One goal of Tackle the Trash is to also inspire others to form their own groups.