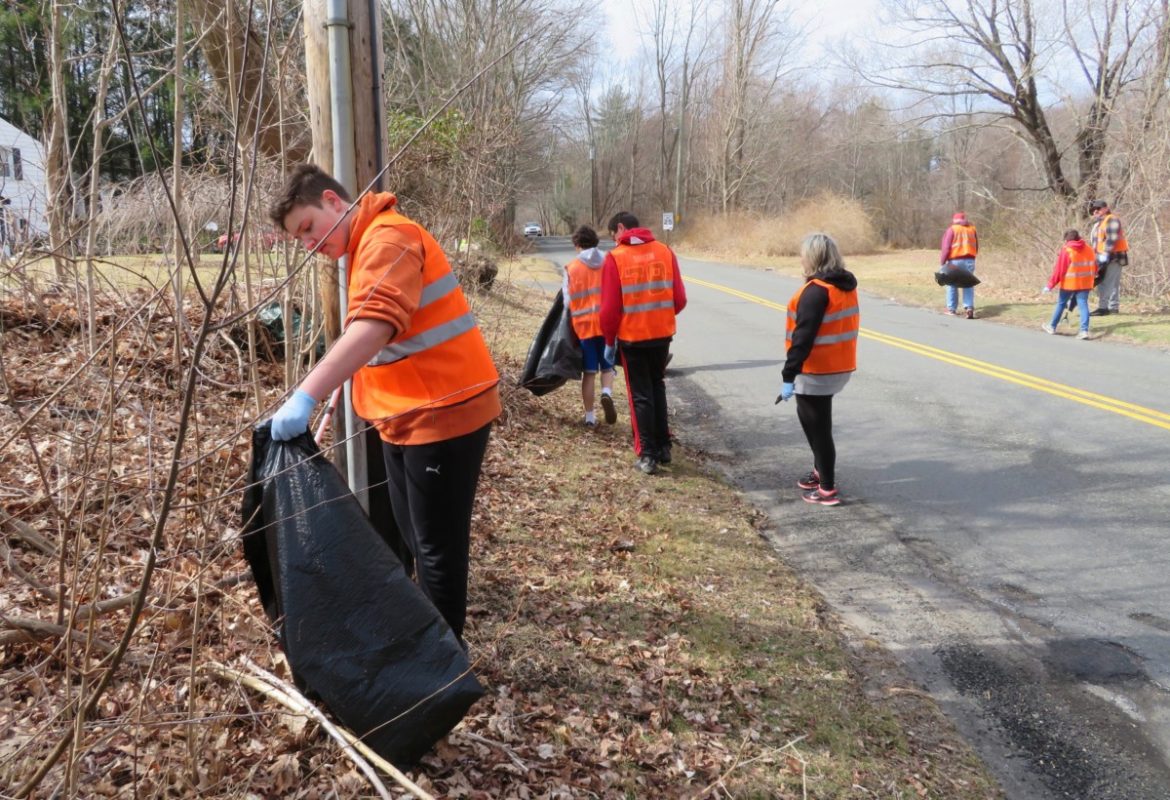 MONROE, CT — Edward Medaris is still hoping for the chance to impress his coaches in his first football season at Masuk High School, but he has already captured the attention of the NFL.

The story of his group, Tackle the Trash, was among the winning entries in the Fuel Your Good Contest sponsored by the NFL’s Fuel Up to Play 60. Fuel Your Good rewards kids for doing something good in their community. 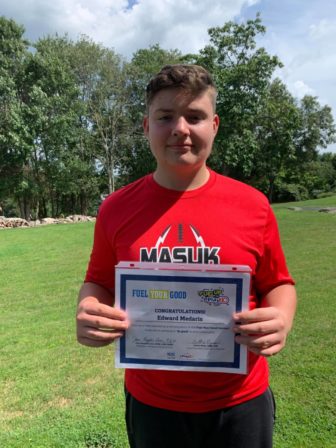 Edward Medaris holds up his certificate from Fuel Your Good, a Fuel Up to Play 60 contest.

Medaris, 14, who played nose tackle for the Monroe Lions youth football team last season, enlisted the help of some of his teammates and other volunteers to pick up roadside trash along East Village Road on March 9.

“We didn’t join this just for the rewards,” he said Friday. “Our main goal was just to help everybody out. I want my town to be clean. I don’t think anybody wants trash on the streets of their town.”

Medaris said participating in the cleanup made him and his friends feel good.

His proud parents are Don and Elisabeth Medaris.

Elisabeth remembers when a man recognized her son from an article on Tackle the Trash that appeared in The Monroe Sun and told him he was doing a good job. “That is way better than the contest,” she said of the positive impact felt at home.

Aside from the personal accolade, Medaris said he was happy to see a small town like Monroe be included among the Fuel Your Good stories shared by a community as big as the NFL.

Medaris is a Los Angeles Rams fan and his favorite player is Aaron Donald, the Rams star defensive tackle.

Elisabeth said the NFL originally was going to invite the kids to a conference in New York, where they would meet an NFL player, but added that won’t likely happen because of COVID-19. 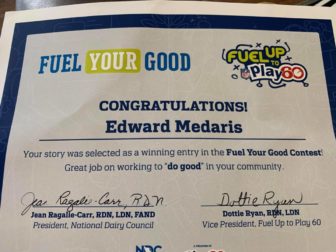 Fuel Up to Play 60 awarded Edward Medaris with this certificate.

Medaris received a certificate and a letter congratulating him on his winning entry, as well as a $100 gift certificate to the NFL store.

The letter says, “you are a great example of leadership in the world today,” and the certificate says, “Great job on working to ‘do good’ in your community.” It is signed by Jean Ragalie-Carr, president of the National Dairy Council, and Dottie Ryan, vice president of Fuel Up to Play 60.

A trash pickup this Sunday

Medaris said his group did not have trash pickup events since March, because of the COVID-19 pandemic. However, there is one scheduled for Purdy Hill Road this Sunday.

“People have asked us how they can help,” Elisabeth said. “Besides joining, you can start your own little group. We’re not accepting cash donations, but part of our mission is to provide healthy food to the Monroe Food Pantry.”

She said any donations to Monroe Food Pantry on behalf of Tackle the Trash would be greatly appreciated.