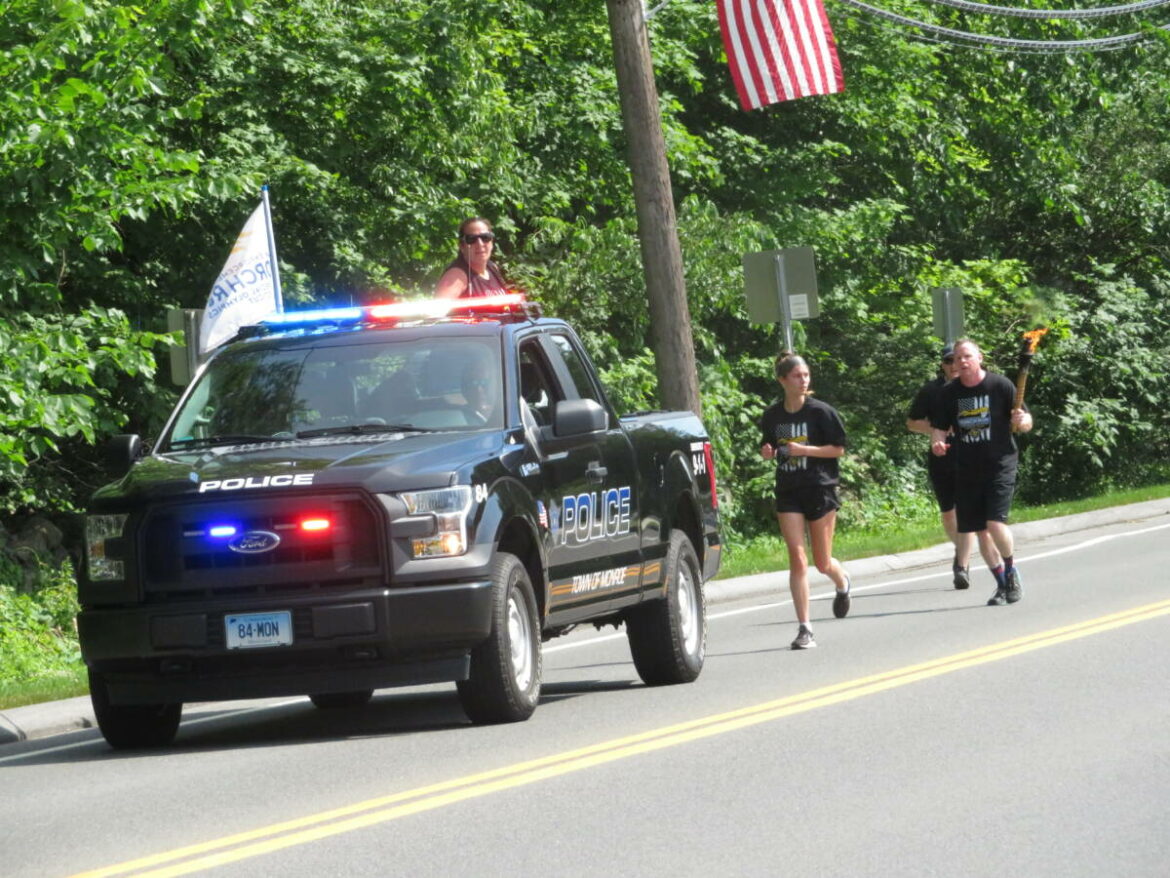 Monroe Police Sgt. Pete Howard, at the wheel of a pickup truck, escorts a group of town officers as they run a leg of Special Olympics Connecticut's Torch Run.

MONROE, CT — Town police officers will take Roberto’s Restaurant patrons’ orders and serve meals Friday night, and donate all their tips to Special Olympics Connecticut. Tip-A-Cop is back after recent cancelations due to the COVID-19 pandemic.

“We haven’t been able to do it in two years,” Howard said, adding officers are happy to bring it back. “Roberto’s has supported us for 15 years.” 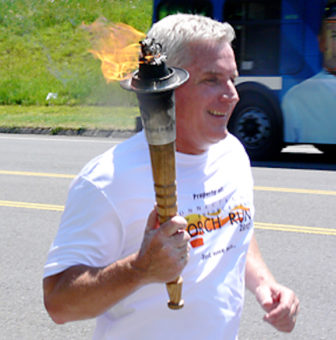 Sgt. Pete Howard always joins his fellow police officers in doing the Torch Run, ushering in the start of the games for Special Olympic Connecticut.

Since joining the Monroe Police Department 26 years ago, Howard has participated in the Torch Run. And Howard took things a step further last year, when he wore a helmet and harness, while rappelling down all 34 stories of the Mohegan Sun building in Uncasville in the Over the Edge fundraiser for the cause.

During a Special Olympics conference years ago, Howard learned about police departments in places like Michigan cutting through ice to do polar plunges, in which participants are sponsored to run into frigid water to raise money.

“We have Great Hollow Lake, so I thought it would be a good event here,” Howard said of Monroe’s annual plunge, which will take place later this year.

The Monroe Police Department has often been among the top 10 fundraisers among area police departments.

“The top 10 teams are listed on the back of the shirts during the Torch Run, so we take pride in that,” Howard said.

Special Olympians often take part in the fundraisers, which bring town police officers together for the cause.

Howard said around eight officers will volunteer for Tip-A-Cop at Roberto’s Friday night, adding family and friends will dine there to support their efforts.

The event will also be an opportunity for members of the public to meet the men and women serving on Monroe’s police force in a positive, informal setting.