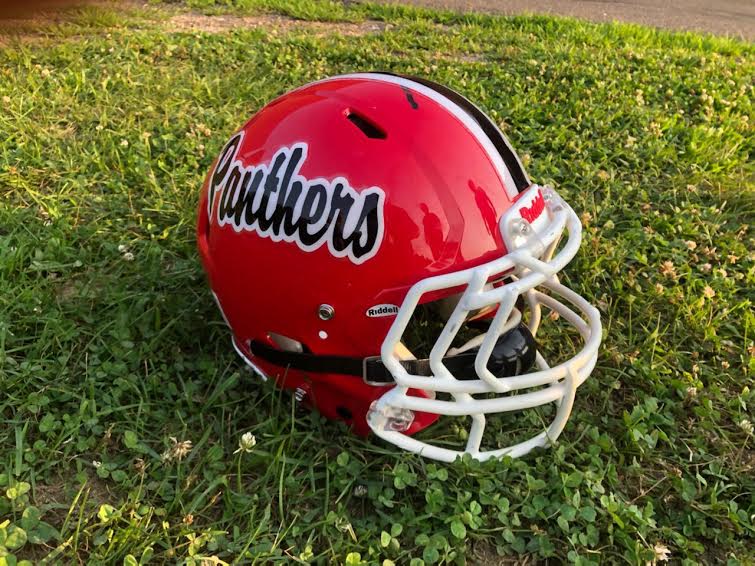 MONROE, CT — When the Masuk Panthers football team runs back onto the field this fall, its players’ red helmets will have “Panthers” written in cursive in black lettering, rather than white, on the sides. The letters will be outlined in white, rather than the black it had last season.

The traditional white logo of a roaring panther will move further into the past.

Masuk’s starting quarterback, senior Nick Saccu, said he and his teammates are embracing the new look, while enthusiastically anticipating the contact that comes with real game action following a season lost to the COVID-19 pandemic a year ago. 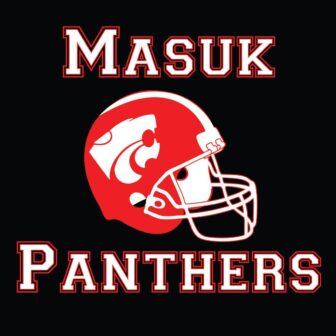 The Masuk Panthers used to have a panther logo on their helmets.

“We think it’s an awesome change for the team and we’re super excited about it,” Saccu said Thursday. “The logo’s awesome. It shies away from the panther heads and says ‘Panthers’, which I like more. But I haven’t got a full look at the jerseys yet. I’ve just seen the helmet.”

The Panthers’ new head coach, Steve Christy, has been too busy acclimating himself with his team to pay much attention to the new helmet logo.

“Last time I looked, the decals never scored a point — even though I like the look,” Christy said. “The players are really excited.”

The last time Masuk had the roaring panther logo was the 2019 season, before the pandemic.

“It’s awesome that I get to wear it my senior year and hopefully we’ll keep it for the other guys next year,” Saccu said of the new helmet logo.

Christy said his players have had two good weeks of practice, while preparing for the 2021 season.

“We’re all super excited,” Saccu said of the hiring of Christy. “We all support him 100 percent. It will be tougher getting used to the different coaching style.” 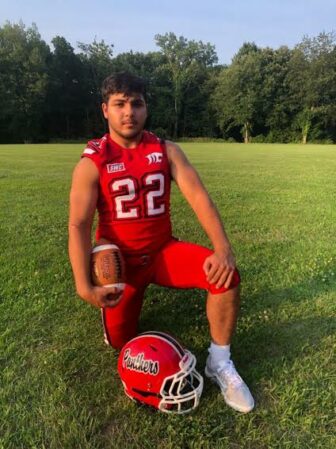 “We knocked out the number one seed New Canaan and it shows we can play with anybody,” Saccu said. “We’re eager to put the pads on, because it’s been a whole year since hitting.”

Masuk’s season opener will be against Bunnell of Stratford on Friday, Sept. 10, at 7 p.m.

4 thoughts on “No roaring panther logo, but Masuk anxious to sink teeth into 2021 football season”