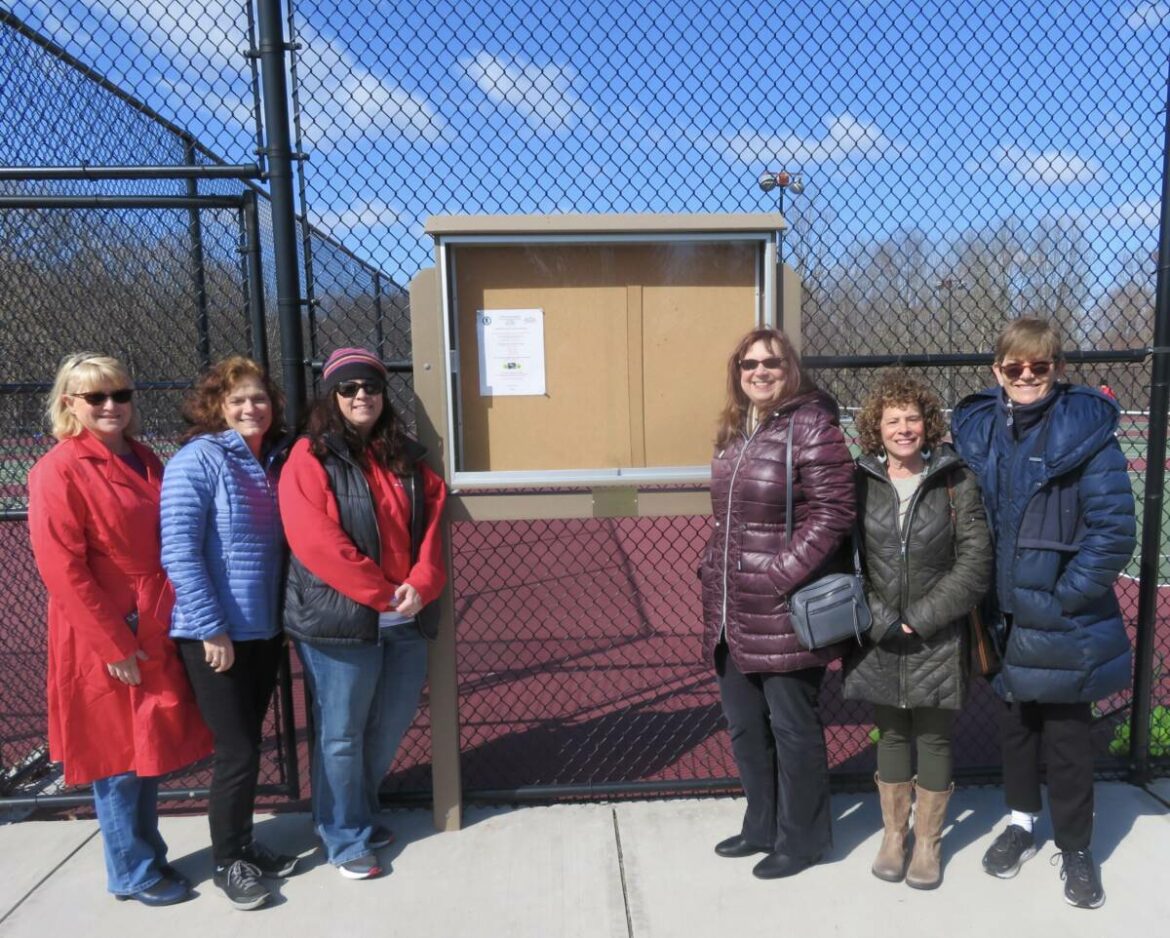 A new message board for Wolfe Park's tennis courts, a gift from the Monroe Women's Club, was unveiled during a small ceremony Saturday. From left is Deborah Heim, Mary Christian-Hein, Parks and Rec. Director Missy Orosz, Adele Buck, Sherry Goldstein and Veronica Condon.

MONROE, CT — Parks and Recreation Director Missy Orosz has posted notices on fencing around the tennis courts at Wolfe Park only for a stiff wind to blow it all away. Other times, she used a staple gun on plywood.

Now, thanks to a gift from the Monroe Women’s Club, a permanent sign has been erected in front of the tennis courts. A clear plastic window slides open and notices can be tacked up on cork board inside.

“The Women’s Club did a service project,” Orosz said. “I felt honored that they chose the Parks and Recreation Department and they let me choose something that would benefit the park.”

An unveiling ceremony for the new message board was held on a chilly Saturday morning as the Masuk High boys tennis team practiced nearby.

Orosz said the tennis courts at Wolfe Park are the home court of both the Masuk boys and girls tennis teams. The recreation department also has an active pickle ball group and a tennis program that serves over 200 children.

“These are the only public tennis courts in town,” she said.

“This is to honor the 45th anniversary of the club,” Buck said. “Every year we do monetary donations to the town for organizations like the Monroe Food Pantry. Because this is a milestone anniversary, we wanted to do something tangible that the town can see.” 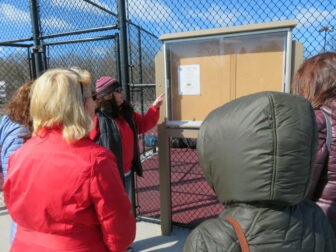 Parks and Recreation Director Missy Orosz shows Monroe Women’s Club members how their gift of a message board is being used at Wolfe Park.

The message board is an $800 gift to Monroe Parks and Recreation. On Saturday, Orosz had already posted a notice about its spring programs.

The message board is secured in place and a plaque says: Donation of this board provided by The Monroe Women’s Club. Serving the Monroe community for 45 years. 1976-2021.

The Monroe Women’s Club was founded as the Junior Women’s Club on Dec. 1, 1976 with six members. Its first fundraiser raised $8,000 for the town pool at Wolfe Park.

In 1980, the club broke away from the federation of Junior Women’s Clubs, according to Buck, who said there were 73 clubs in Connecticut at the time.

Monroe’s organization became the Connecticut Junior Women’s Club and over the years it was renamed as the Monroe Women’s Club. Membership is open to women age 18 and older. 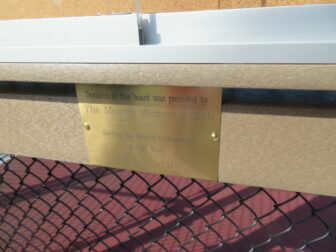 The message board includes a plaque showing the gift was from the Monroe Women’s Club and recognizing its 45th anniversary.

“We want to thank the town residents who’ve supported our fundraisers over the years,” Buck said.

Among the club’s numerous fundraisers are its poinsettias and luminaria sales.

The Monroe Women’s Club hosts an annual Tree Lighting at the gazebo at the corner of Fan Hill Road and Church Street, and raises money for Think Pink Monroe in its fight against breast cancer. Residents can “pink” their friends for a donation and club members deliver plastic, pink flamingoes as a temporary display by their mailboxes.