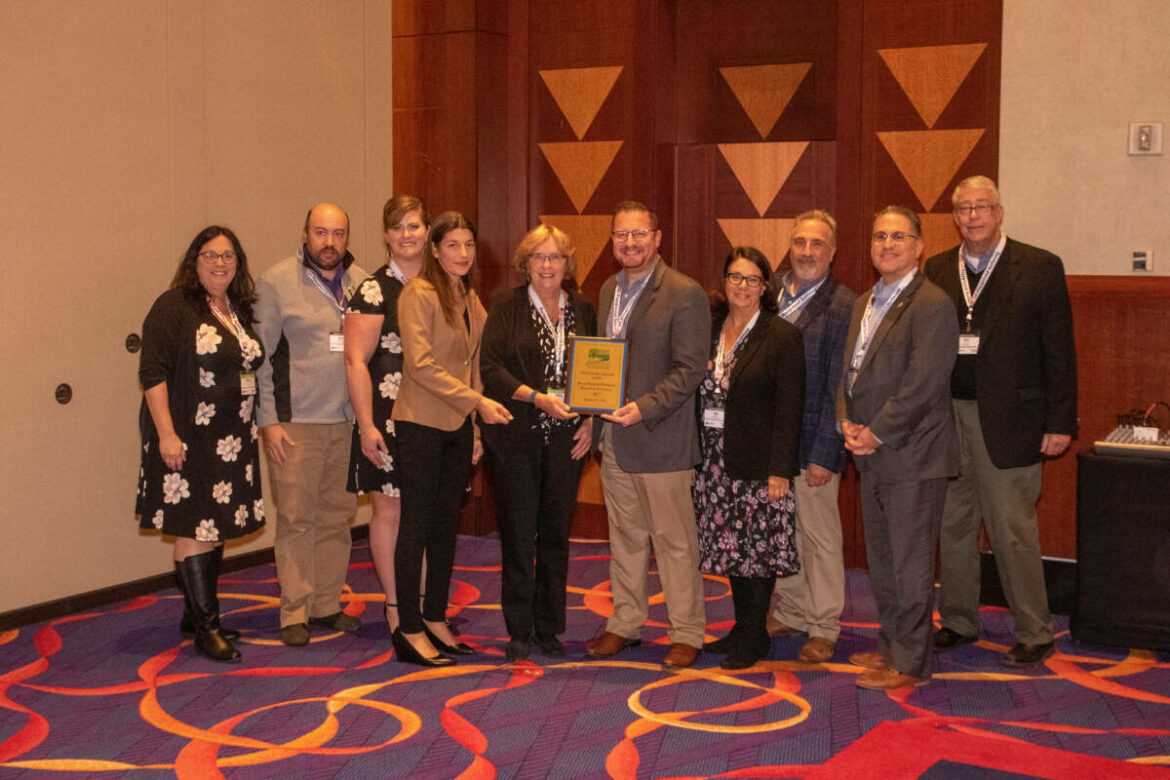 Monroe Parks and Recreation Director Missy Orosz nominated the foundation for this award.

“The Monroe Playground Foundation is 100% made up of volunteers who came together in the Fall of 2017 with a dream to rebuild the old Kids’ Kreation Playground at Wolfe Park in Monroe,” Orosz wrote in her nomination letter.

“The Monroe Playground Foundation’s mission was to gather up residents and families to provide the community with a safe and creative environment to replace the aging wooden playground in the park,” she continued.

Orosz said MPF volunteers are part of an independent, charitable nonprofit that was dedicated to achieving the goal of building a new playground for the community.

The volunteers worked to raise over $700,000 to build an all-inclusive structure that meets Americans with Disabilities Act requirements.

Orosz mentioned the many fundraisers run by the foundation, such as pancake breakfasts, Egg Hunts, ice cream and pie fundraisers, Friday Family Nights and Light Up Monroe.

She touted the community involvement, which included children providing input for the planning process and participating in a naming contest for what is now The Wolfe’s Den playground.

Orosz noted how the COVID-19 pandemic posed challenges, but the MPF showed creativity with its fundraisers and the effort picked up when the pandemic slowed.

“Their efforts were picked up a notch and the committee got corporate and community service organizations to assist when they noticed that funds were not completely there,” Orosz wrote. “It was great to have the Monroe Lions Club, several PTAs in town and youth sports associations step up with financial help, as well as to pledge to be there for build week when it came.”

Orosz said Monroe Parks and Recreation Department staff removed the old playground and diverse members of the community came together to build the new one.

Our parks and recreation department is so thrilled to benefit from the hard work of over 1,200 volunteers who did 30,000 hours over the course of those 14 days of constructing the town’s new playground that they donated to us,” Orosz wrote.

“The past four years has been a pleasure to see this group achieve so much,” Orosz closed. “I am hoping this honor of your award would showcase on a larger stage what community spirit and drive can do and to help promote parks and recreation further.”