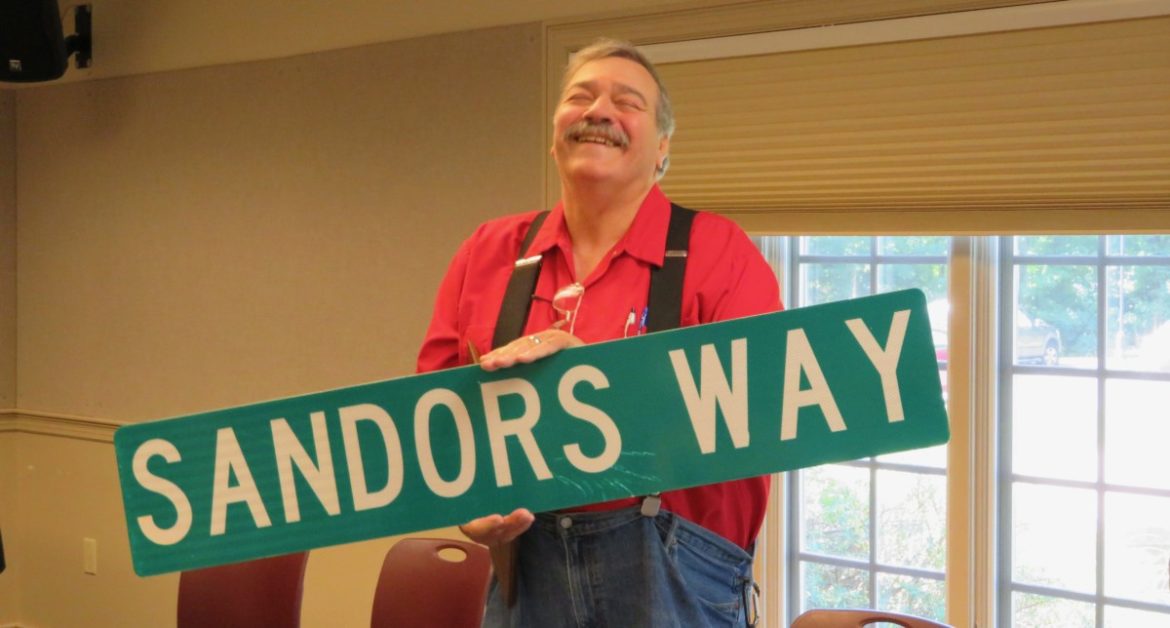 MONROE, CT — James Louis Sandor served as Monroe’s chief building official for 32 years before retiring in August of 2019. The barrel-chested town employee was known for his vast knowledge, calm demeanor, kindness to all — and his suspenders. Sandor died in his Monroe home from heart failure on Jan. 11. He was 67-years-old.

Sandor, who is survived by his loving wife, Bonnie, was also president of the Hills of Monroe condominium association.

“We extend our deepest sympathies to the family of Jim Sandor, who passed last week,” First Selectman Ken Kellogg wrote on the town Facebook page. “… Jim was an outstanding town official who held many professional licenses and was liked and respected by his customers and colleagues. He was a kind and generous person, a devoted husband, and a true friend to many. Jim was always willing to help. Rest in peace, Jim.”

“He was a class act,” said Fire Marshall William Davin. “There’s no other way to describe him, as nothing other than a gentle giant.” 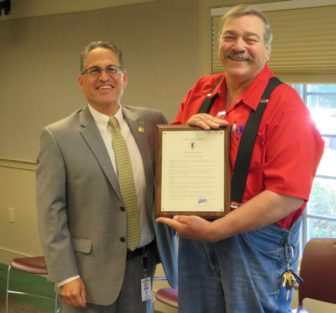 Davin worked closely with Sandor, while inspecting projects over the years.

“I never recall him blowing up at somebody,” Davin said. “Whether it was two-three in the morning at a structure fire, it was always the same Jim Sandor with a smile on his face. He will be greatly missed.”

“Jim was a gentleman in every sense of the word,” said Joseph Chapman, the town’s planning and zoning administrator. “He treated every applicant with courtesy and gave them the full benefit of his knowledge and decades of experience.”

“In my decade of working with Jim he always went the extra mile and never failed to spend the time with applicants to explain the regulations,” Chapman said. “The town has lost an invaluable resource and historical knowledge.”

“He was a gentle giant,” said Building Official Gunnar Gaylord, who served as Sandor’s assistant for 18 years. “He was a very considerate person. He always had the town in mind, while making sure things were done the right way. He was well-liked by everybody who met him.”

According to his obituary, Sandor was a graduate of Roger Ludlowe High School, Bullard Havens and Porter Chester School. He held a Home Improvement Contractor’s Registration since 1972.

Sandor was a National ICC Licensed Chief Building Official with numerous inspector licenses. He earned architectural and civil design, Connecticut building inspector, health and septic inspector licenses and degrees. Sandor trained other inspectors, both for the State and Monroe.

“Jim never had an air about him. He was very humble,” Phillips said. “If you asked Jim a question and he didn’t know the answer or he wasn’t sure, he would come back to you in a couple days with the answers you were looking for and then some. He was very thoughtful.”

Town Clerk Vida Stone said she Sandor was her go-to-person when she had a question, because he was so knowledgeable about the town, adding he was always helpful.

“Jim was one of those employees who always had a smile,” Stone said. “He was famous for his suspenders.”

“He was a very detailed and thorough building official in my experience with him,” Town Engineer Scott Schatzlein said, adding how Sandor could easily adapt and work with different people and processes over the years. 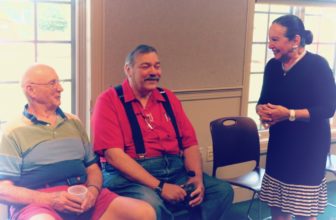 Ray Ganser, a member of the Architectural Review Board, left, sits with Chief Building Official James Sandor, while they chat with Linda Picheco, office manager of public works, during a retirement party for Sandor.

Davin said Sandor used to live in Maine, where he was a lumberjack for a few years. In the fall, Gaylord said Sandor and his wife liked to go to on trips to Rangely, Maine.

“He bought a Mustang just before he left and he used to like to drive with the top down,” Gaylord said. “He was just a good, good guy.”

Brault said she saw Sandor just two weeks ago, when he came to Monroe Town Hall for his COVID shot and a test kit. Others remembered seeing him that day too.

Phillips said Sandor had a passion for his job of ensuring buildings were constructed safely, and recalled how much Sandor cared about the town’s taxpayers.

“He was an amazing human being,” Phillips said. “He had a heart of gold. He was just a great all around guy.” 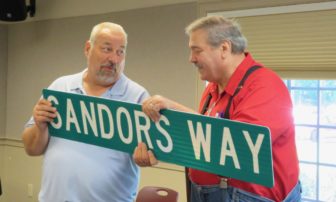 During his retirement party in 2019, Sandor shared his approach to awarding a certificate of occupancy following a building inspection.

“I’ll sign a release to the State. Then I will have a few nights of sleeplessness,” Sandor said with a smile. “Fortunately, nothing major ever happened. I think I had a good run.”