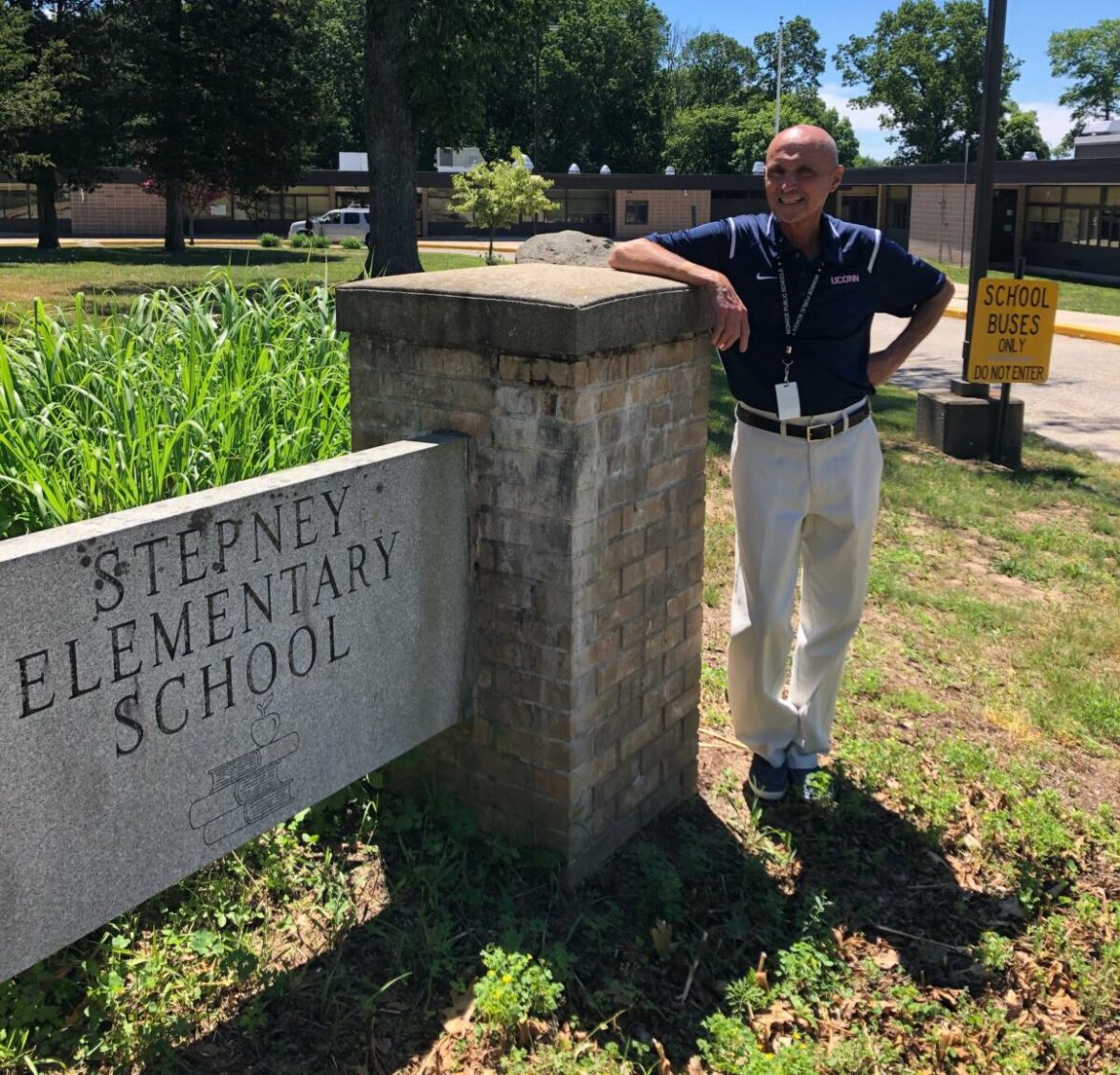 Bruce Lazar served as principal of Stepney Elementary School for eight of his 29 years working for Monroe Public Schools.

MONROE, CT — Bruce Lazar, who succumbed to a long battle with cancer Monday night, will be remembered as a beloved principal of Stepney Elementary School and for his work helping Sandy Hook Elementary School operate at Chalk Hill following the tragic shooting at their school in 2012.

Lazar and his wife Diane raised three daughters and a son together, while living in town during his 29-year-career as an educator at Monroe Public Schools. He was 64.

“We should all be so lucky to live a life like Bruce Lazar,” Superintendent of Schools Joseph Kobza said Tuesday night. “He touched the lives of so many people throughout his career as a teacher and administrator at Fawn Hollow, Chalk Hill, Jockey Hollow and, most recently, Stepney Elementary.”

Kobza recalled how Lazar provided stability to the Sandy Hook School community during a difficult time. When Sandy Hook School’s classes were moved to Chalk Hill, Lazar served as a shared Monroe-Newtown administrator, supporting students, while working tirelessly to reduce their anxiety and ease their transition, according to Kobza.

Lazar escorted the Sandy Hook Choir to New Orleans two months after the tragedy, where the children joined singer Jennifer Hudson to perform “America the Beautiful” before Super Bowl XLVII.

“I was fortunate to be his colleague and luckier to consider him a friend,” Kobza said. “Bruce was a role model for all of us. Most importantly, I know how much his family meant to him. Bruce was incredibly proud of the family that he and his wife, Diane, enjoyed. His children were his true pride and joy, and Bruce beamed every time he talked about each one of them.”

Many townspeople mourned the loss of Bruce Lazar on Tuesday.

“He was a phenomenal educator and was so well loved by the whole community — and he’s going to be greatly missed,” First Selectman Ken Kellogg said of Lazar.

Assistant Superintendent of Schools Jack Ceccolini got to know Lazar when he was principal of Jockey Hollow Middle School and Lazar was assistant principal.

“The thing that strikes me so much about Bruce is he was so child centered,” Ceccolini said. “He was so student oriented. He knew the kids by name. He always wanted to be where the kids were, whether it was greeting the kids off the bus in the morning, being outside during dismissal in the afternoon, visiting classrooms, seeing the kids in the cafeteria and at the different sporting events and concerts — that’s where he wanted to be. He wanted to be with kids.”

“You could hardly find him in his office, because he was always out and about,” said Sheila Casinelli, the district’s English language arts coordinator for K-5 and director of instruction and professional development. “It was a good thing we had walkie talkies.”

Ceccolini said Lazar led by example, whether it was displaying leadership to his colleagues or students. If Lazar expected kids to be neat, Ceccolini said he made sure they saw him pick up trash in the hallways or a pen off the floor.

“He was one of earliest to arrive at work each day and always one of the last to leave,” Ceccolini said. “I became a better educator because of Bruce Lazar. There’s no doubt about it.”

Board of Education Chairman David Ferris said Kobza notified the board of Lazar’s passing in an email Tuesday morning.

“He’s already missed,” Ferris said. “The thing that sticks out to me most is his smile. No matter what was going on, he would always initiate with a hello and a smile. His dedication to the school throughout his sickness is unmatched. It is sad, but if we remember Bruce for that happiness and that dedication, that’s what matters most.”

Donna Lane, who had served as chairwoman of the Board of Education for 12 years, learned of the bad news on Tuesday. She praised Lazar’s work at Stepney Elementary School and said he was instrumental to Sandy Hook School’s efforts to hold classes at Chalk Hill nine years ago.

“I’m just so heartbroken to learn Bruce passed away,” Lane said. “He was such a great guy. When he retired, he left a hole in Monroe because he was a beloved principal at Stepney.”

Lazar’s legacy will live on 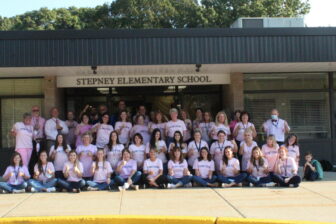 “He is just an amazing person, a really humble man who always looked at everything through the eyes of what’s right for children,” Casinelli said, “and the work that he did supporting Sandy Hook families, the teachers and administrators, it was wonderful for him to support them through such a tragic event and help them feel comfortable in a school that wasn’t theirs — but he made it theirs.”

“He was an incredible, loving husband to his wife Diane and his four beautiful children, who meant the world to him,” Casinelli said. “He grew up in Fairfield, but he raised his family in Monroe, so he was a Monroe man for sure.”

She said Lazar was a gentleman — kind and polite with a heart of gold — who took a personal interest in those he interacted with, always asking what was going on in their lives.

“He would do anything for anybody,” Casinelli said. “He was just humble. He didn’t ask for anything. He didn’t talk about his accolades, but there were many. And the love that people have for him is huge. We’re all trying to process the loss.”

When his health was failing, Casinelli said Lazar fought hard to be in the Stepney School building for the kids. “Being in the building helped him … to be around those smiling children,” she said.

Casinelli covered the school for eight weeks last winter. Then Debra Kovachi, the longtime principal of Monroe Elementary School, came out of retirement to help Lazar end the school year last spring. Kovachi also served as Stepney’s principal at the start of this year after Lazar retired.

Kovachi said all of the district’s schools strive to foster a caring community within their buildings, so she and Lazar’s goals were the same.

“I was really so impressed with the Stepney staff,” she said, adding they and Lazar were an inspiration. “When Bruce was not feeling well, the staff moving forward to support him — that’s a tribute to him.”

Kovachi said Lazar’s influence will live on through the lives he touched.

“I think Bruce was totally committed to the school and his profession,” Kovachi said. “I think the last thing he wanted to do was retire prematurely. I do think it’s a very big loss to the school and the school community. He should have felt proud for what he had done in his career. His many works will go on through his staff, and students will continue to move forward, even though he’s not with us.”