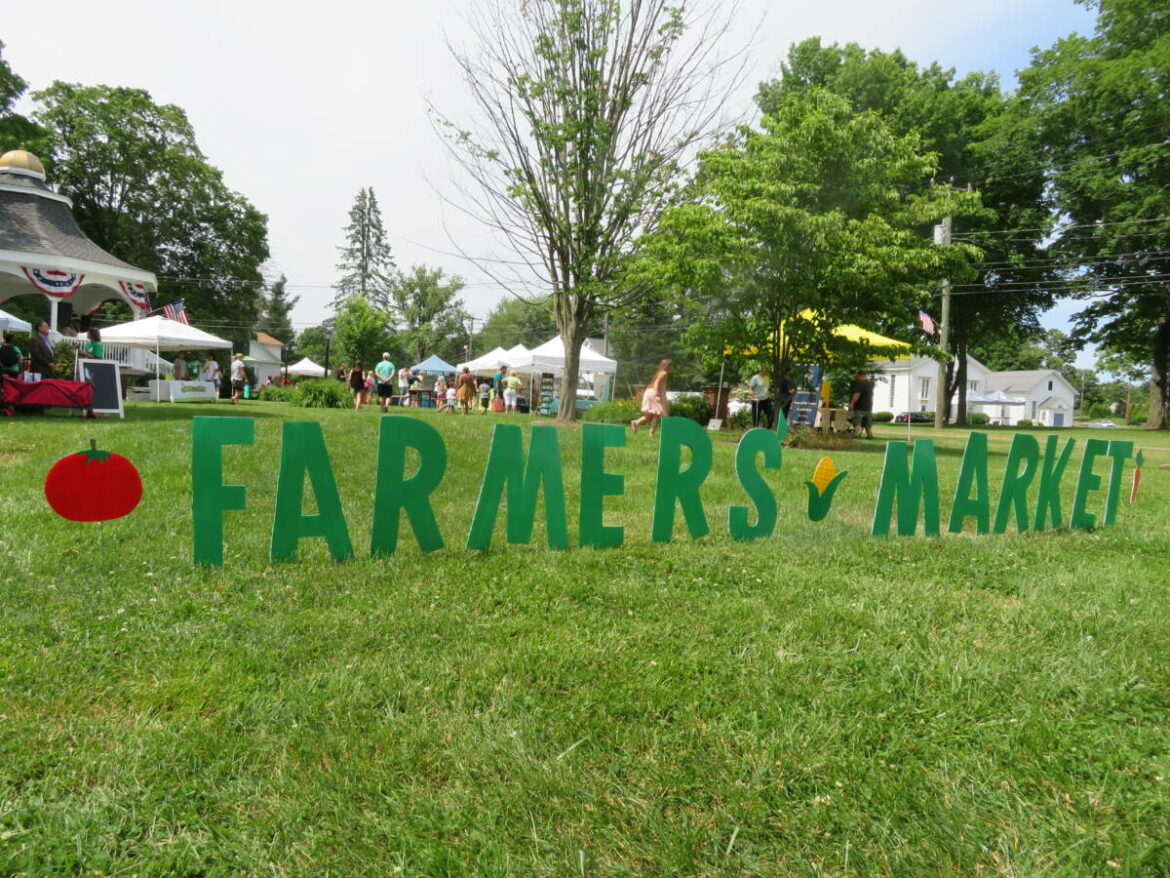 MONROE, CT — Families listened to The Jim and Julee Duo play music from inside the gazebo on the Town Green on a sunny Friday afternoon, sat on the grass to eat ice cream, mingled with friends, and shopped for fresh produce, seafood and other fare during opening day of the Monroe Farmers’ Market. 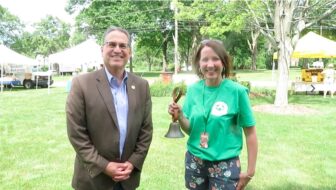 First Selectman Ken Kellogg, left, stands with market manager, Kelly Plunkett, as she rings a bell to signal the start of the Monroe Farmers’ Market on opening day Friday.

Kelly Plunkett, the new market manager, rang a bell at three o’clock to get the day’s activities underway. Ironwood Craftsmiths designed a leather strap for the bell, bearing the farmers’ market’s name.

“It feels so good to be back on the green with our wonderful Monroe Community,” Monica Brooks, another green T-shirt clad volunteer, said. 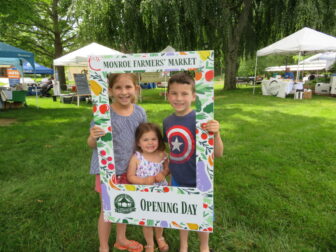 Isla Daigle, 8, left, of Monroe, poses for a photo with her little sister, Waverli, 2, and their brother, Easton, 6, as the Monroe Farmers’ Market gets underway.

Last year, the Farmers’ Market was held on Fireman’s Field, first with curbside pickup, then with shoppers practicing social distancing as the market followed Centers for Disease Control and Connecticut Department of Public Health guidelines amid the COVID-19 pandemic.

On Friday, health guidelines were relaxed and most people walked on the green without masks.

“I want to welcome the market back to the green,” First Selectman Ken Kellogg said. “I’m super excited it’s back. It’s amazing what the volunteers did last year. I can’t thank the volunteers enough, and Kelly for taking over as market manager.” 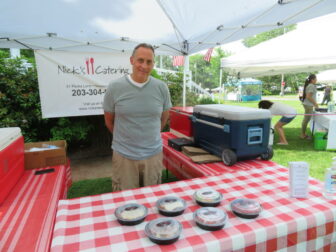 Gazy Brothers Farm, which sold flowers, strawberries, kale and other fresh produce, was among the market’s regular vendors. But this year, the Monroe Farmers’ Market also has some new ones.

Among them, Frank DeGirolamo of Nick’s Catering, 31 Pecks Lane in Newtown, had prepackaged meals customers could take home and heat up.

Eggplant A’la Nick is one of his specialties. It has fresh eggplant rolled and stuffed with mozzarella and ricotta cheese and spinach, then topped with homemade marinara sauce. 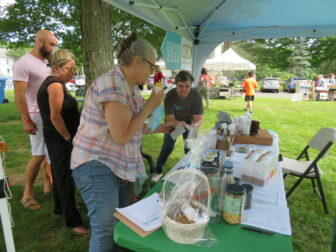 DeGirolamo grew up in Monroe and graduated from Masuk in 1983.

Sunset Meadows Vineyards, based in Goshen, another new vendor, had bottles of locally produced wine and Veracious Brewing Company of Monroe sold its craft beers.

Joanne Fox, manager of Your CBD Store, 574 Monroe Turnpike, explained the potential health benefits of natural hemp-derived products to visitors of her table. The store recently opened in space behind the building shared by 574 Wines. 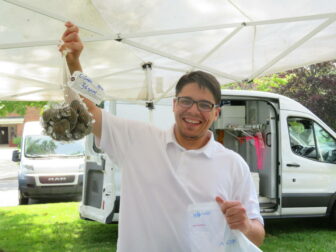 Mike Azevedo, manager of The Local Catch Inc., holds up a bag of littleneck clams.

Mike Azevedo, manager of The Local Catch Inc., sold a bag of littleneck clams to a customer Friday afternoon. The business is based in Point Judith, Narragansett, R.I.

The Local Catch was stocked with swordfish, red fish, scallops, shrimp, littleneck clams and oysters. Azevedo said they will soon have tuna and will occasionally have striper.

A Photo Gallery of Monroe’s Market 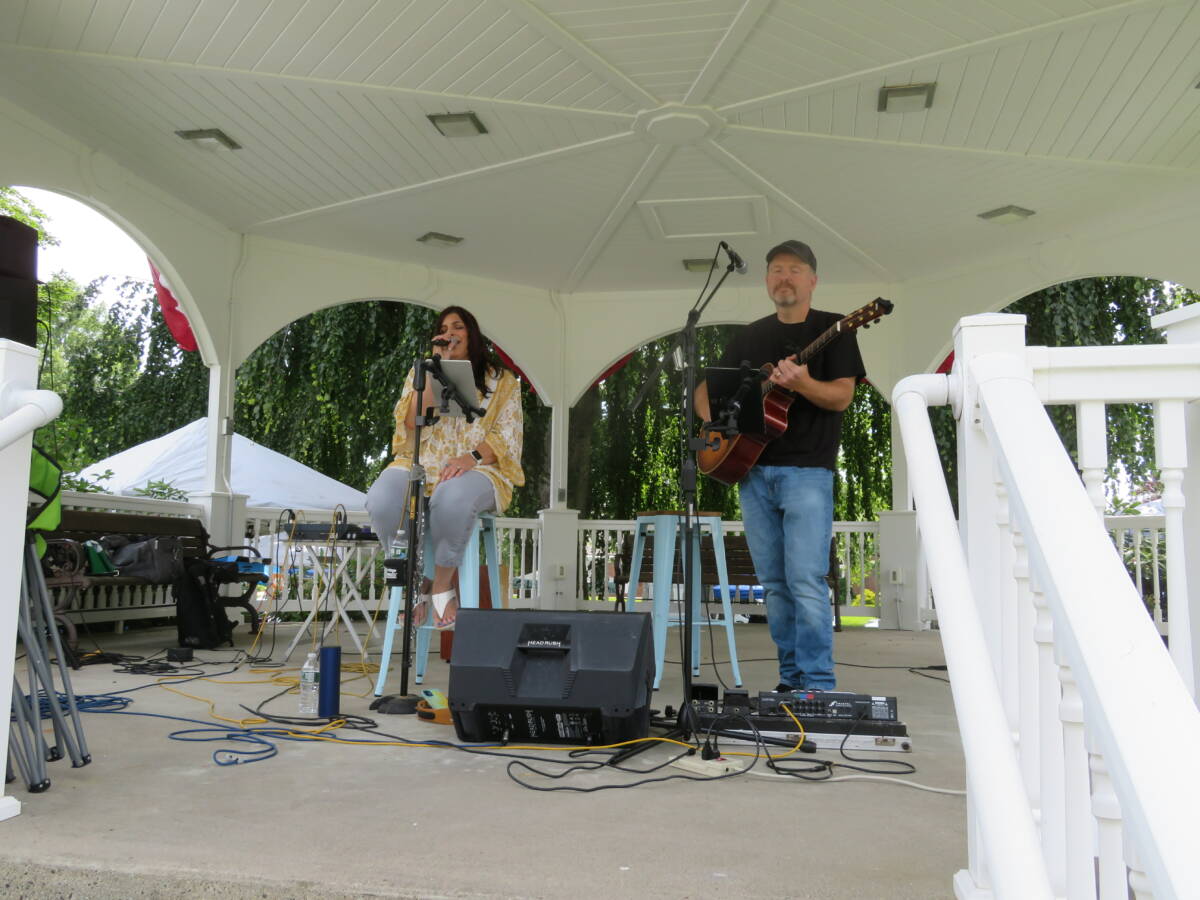 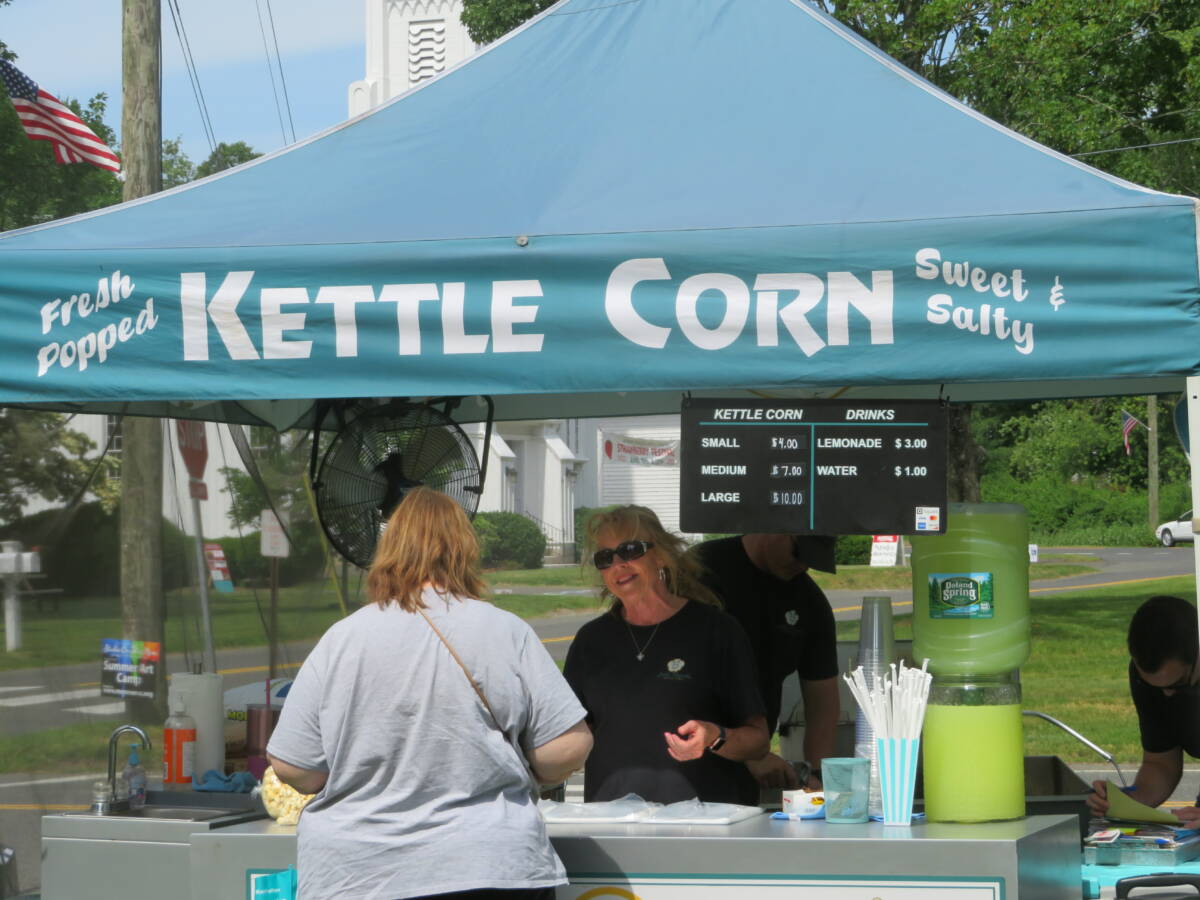 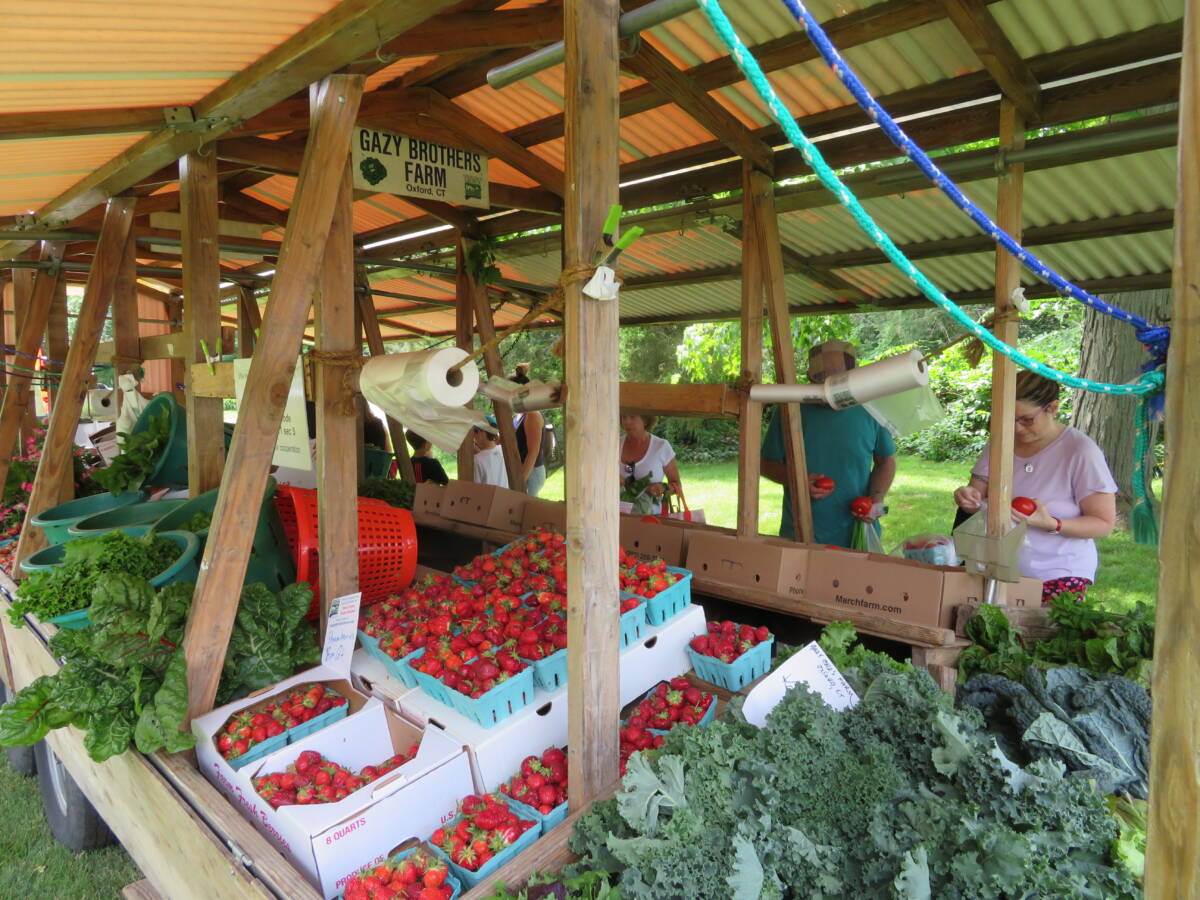 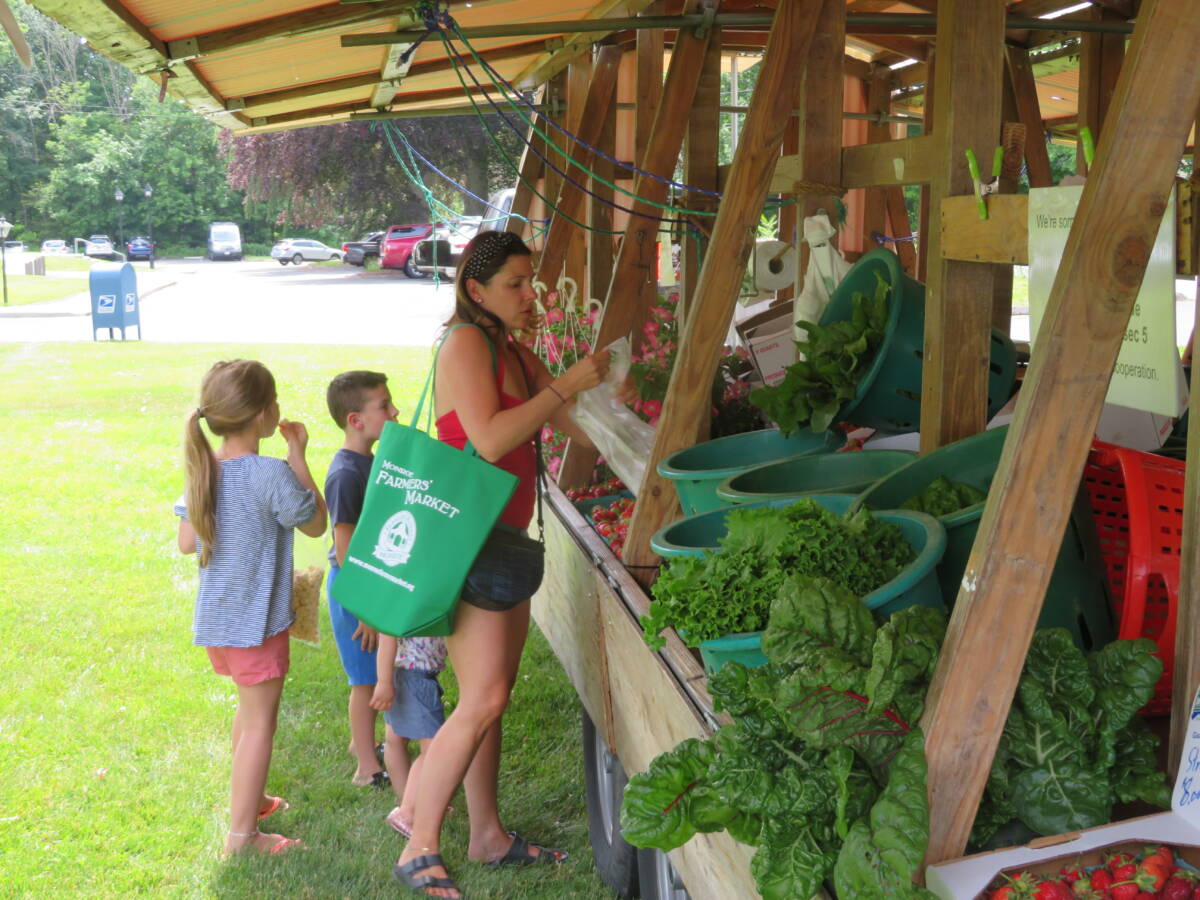 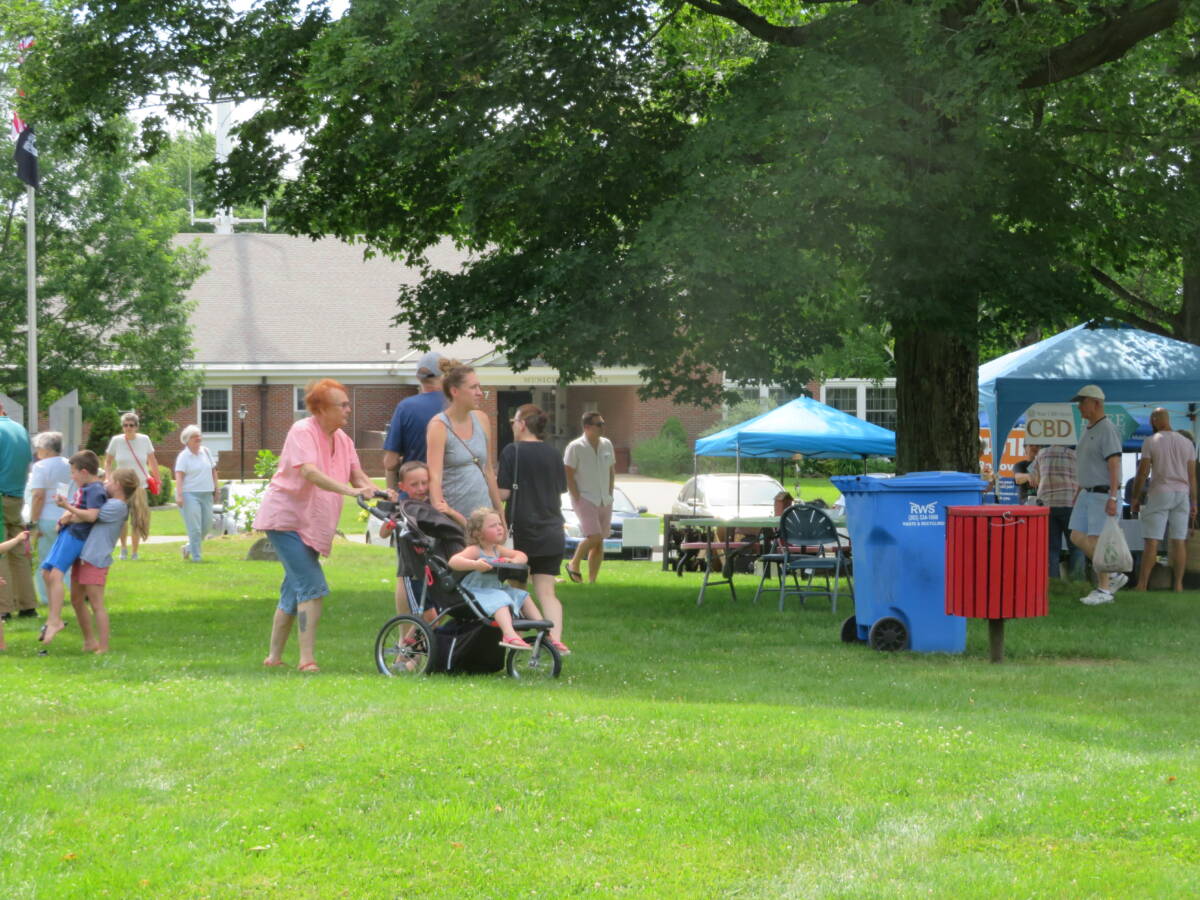 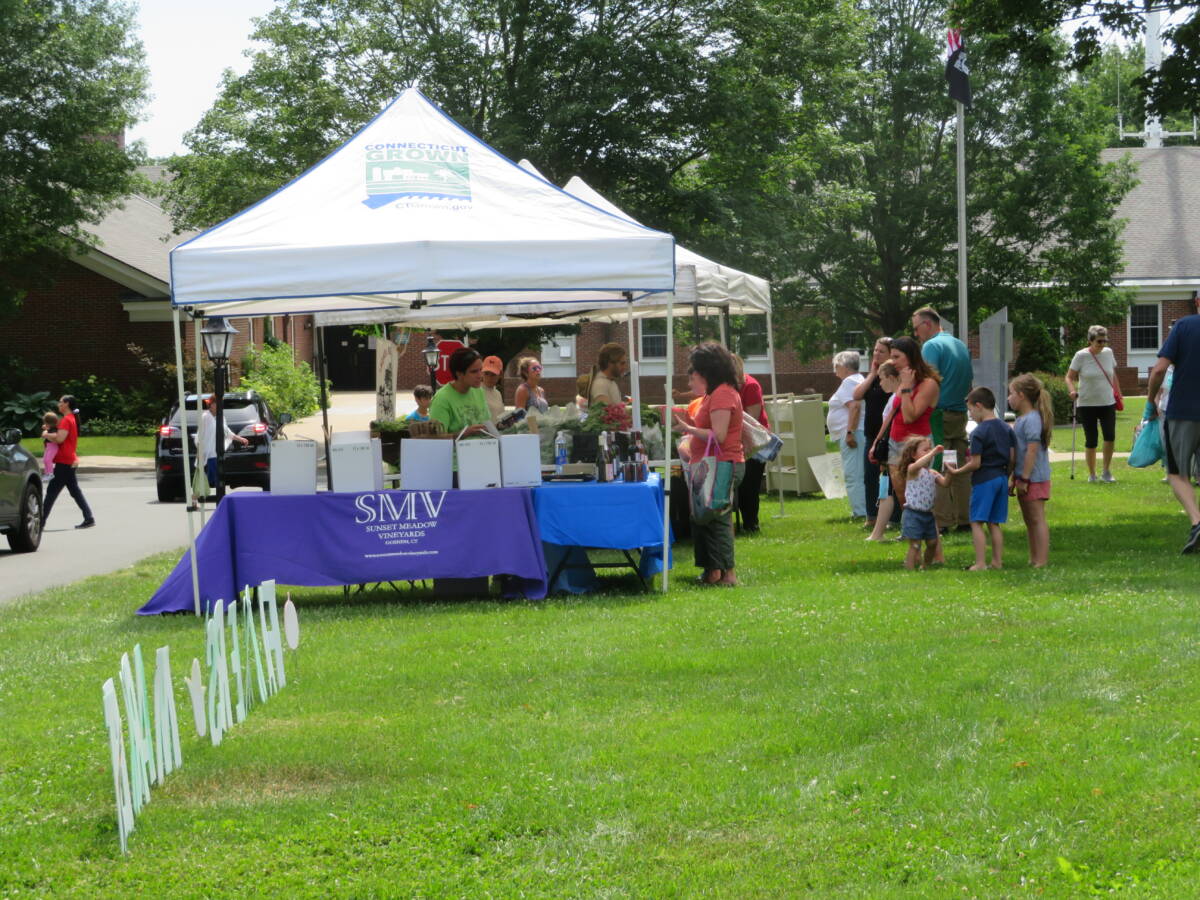 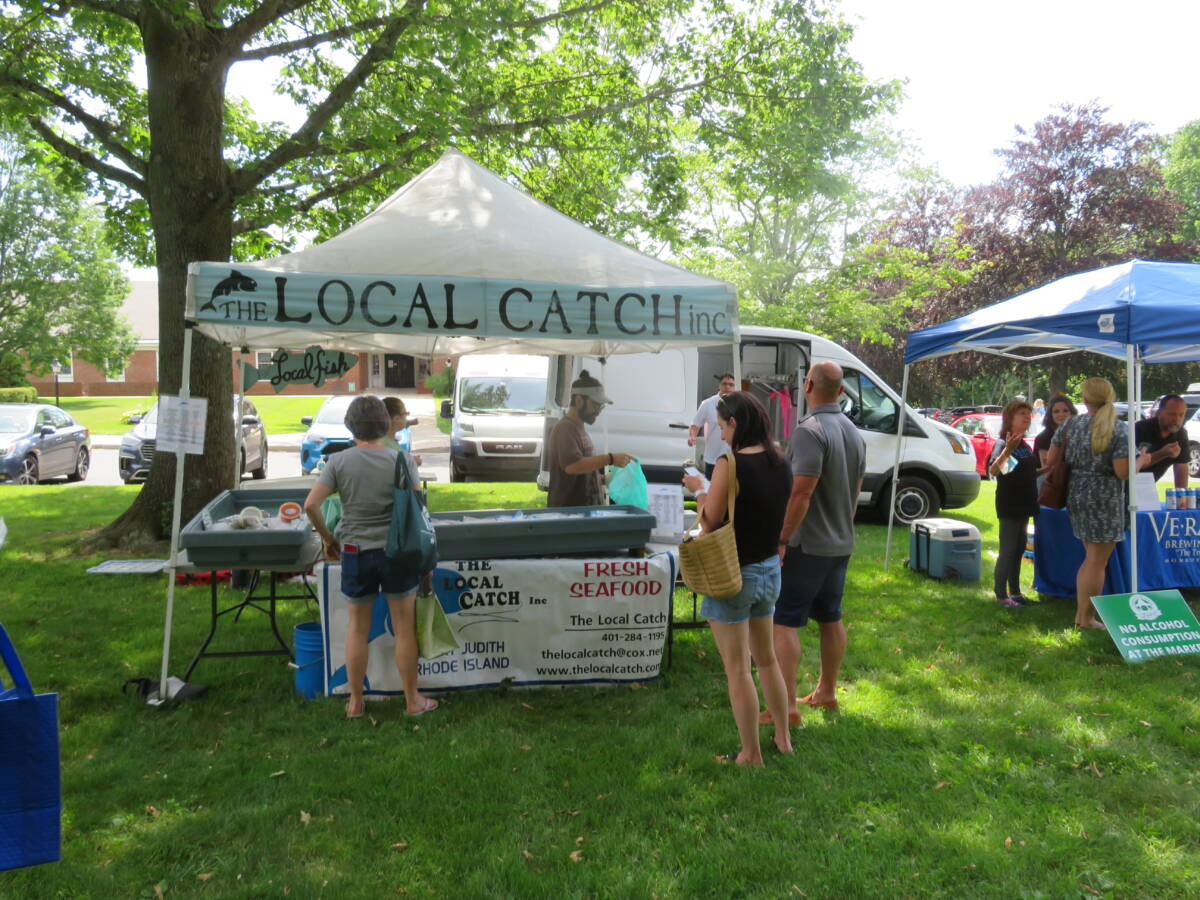 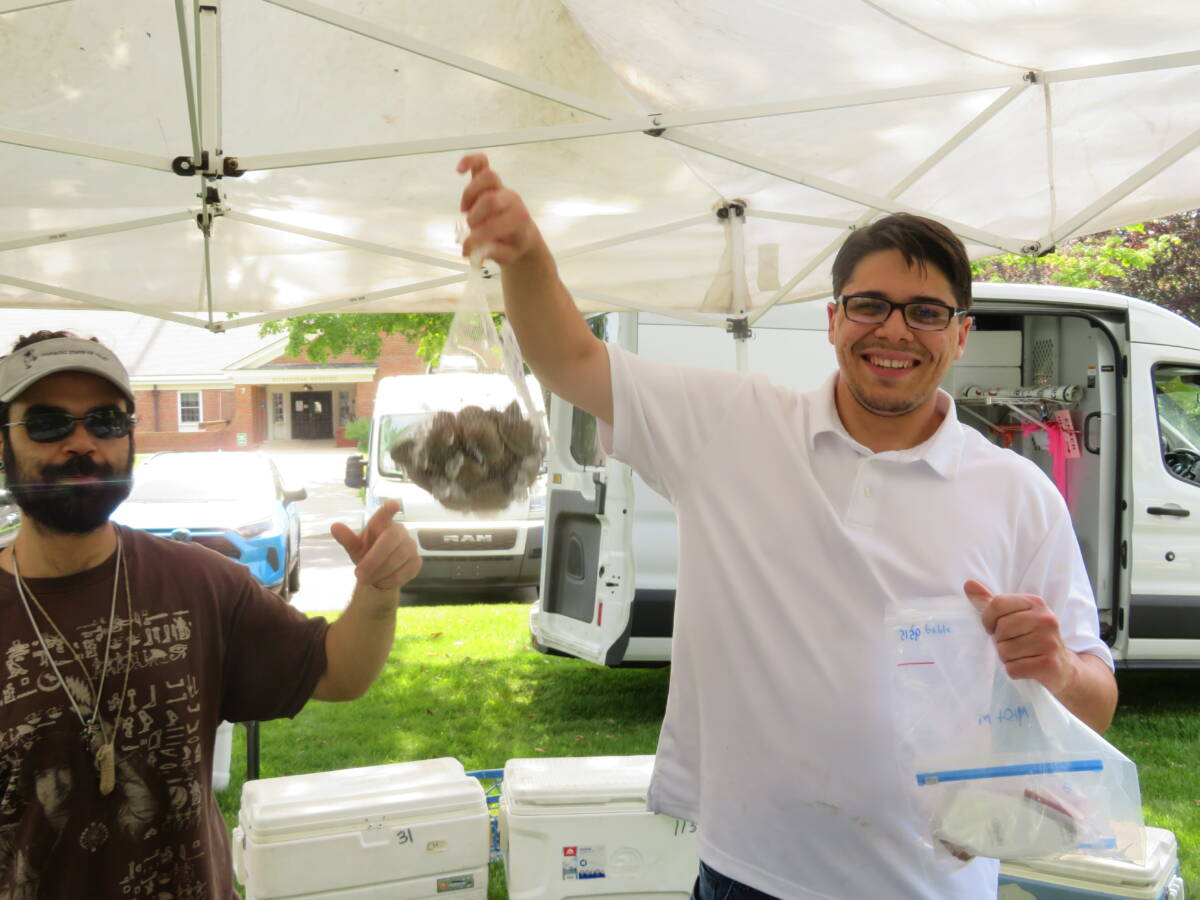 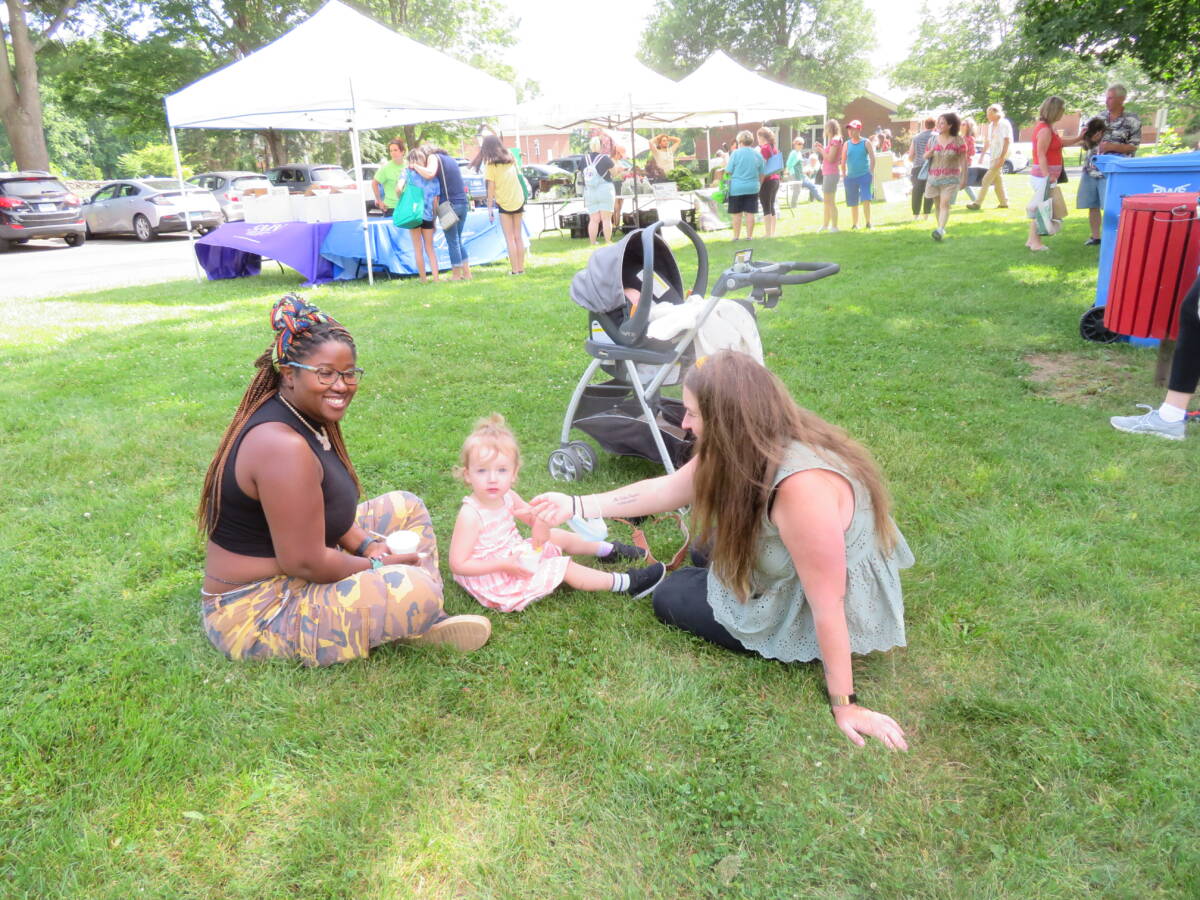 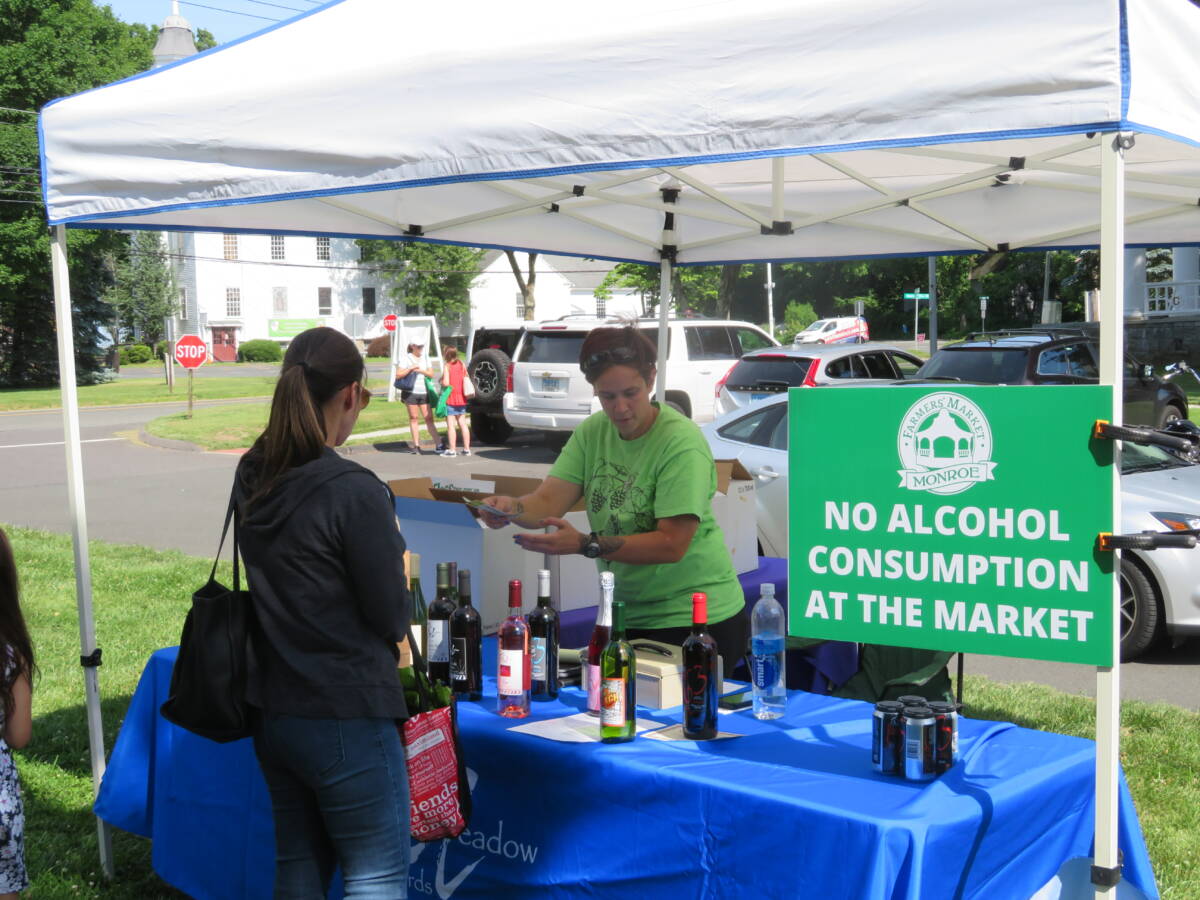 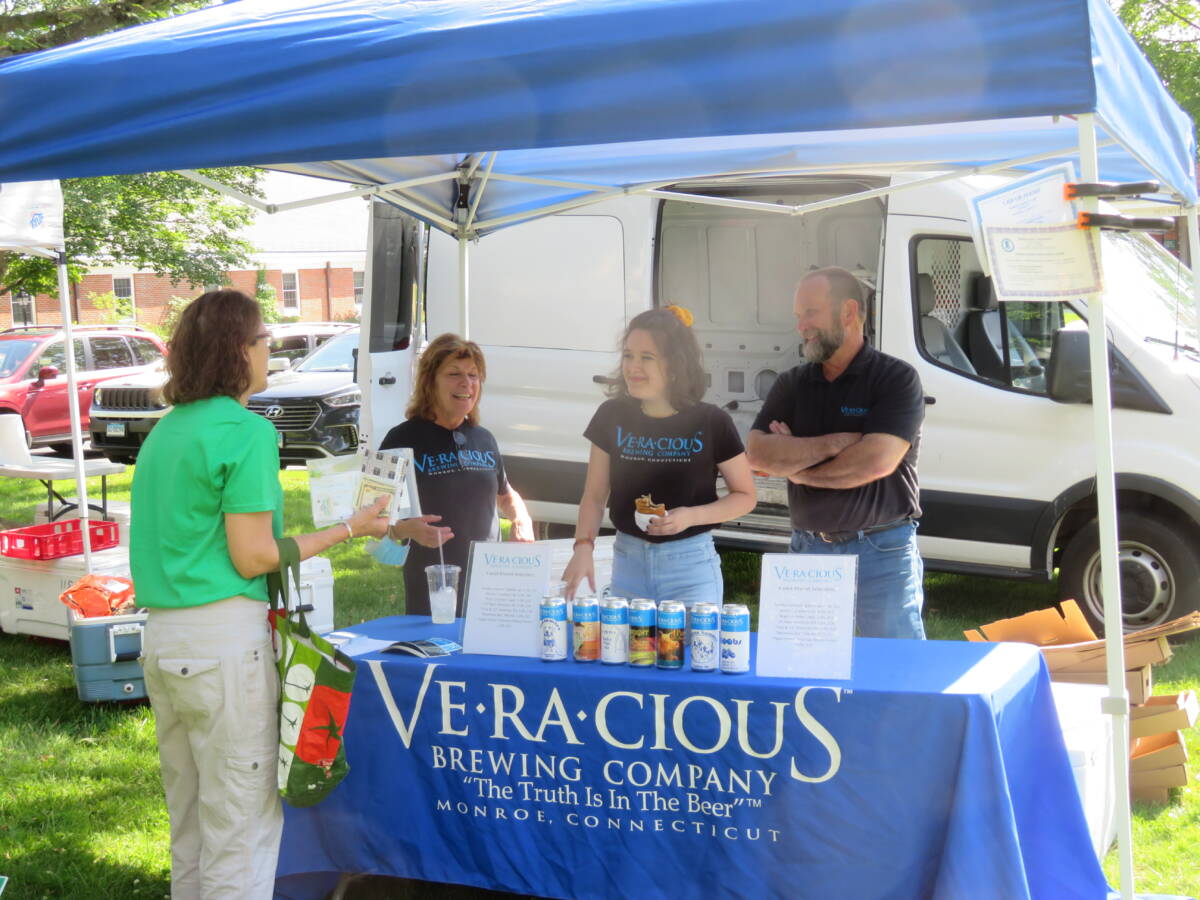 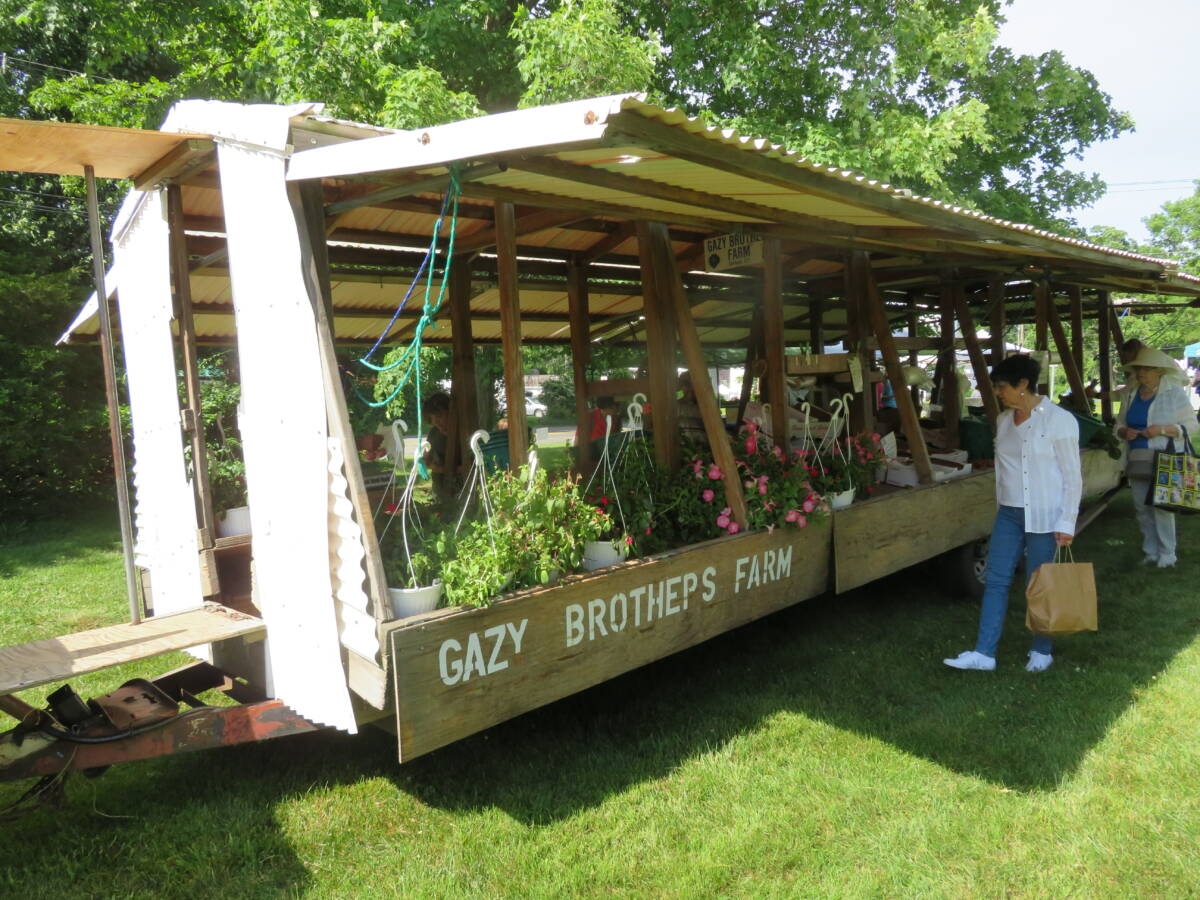