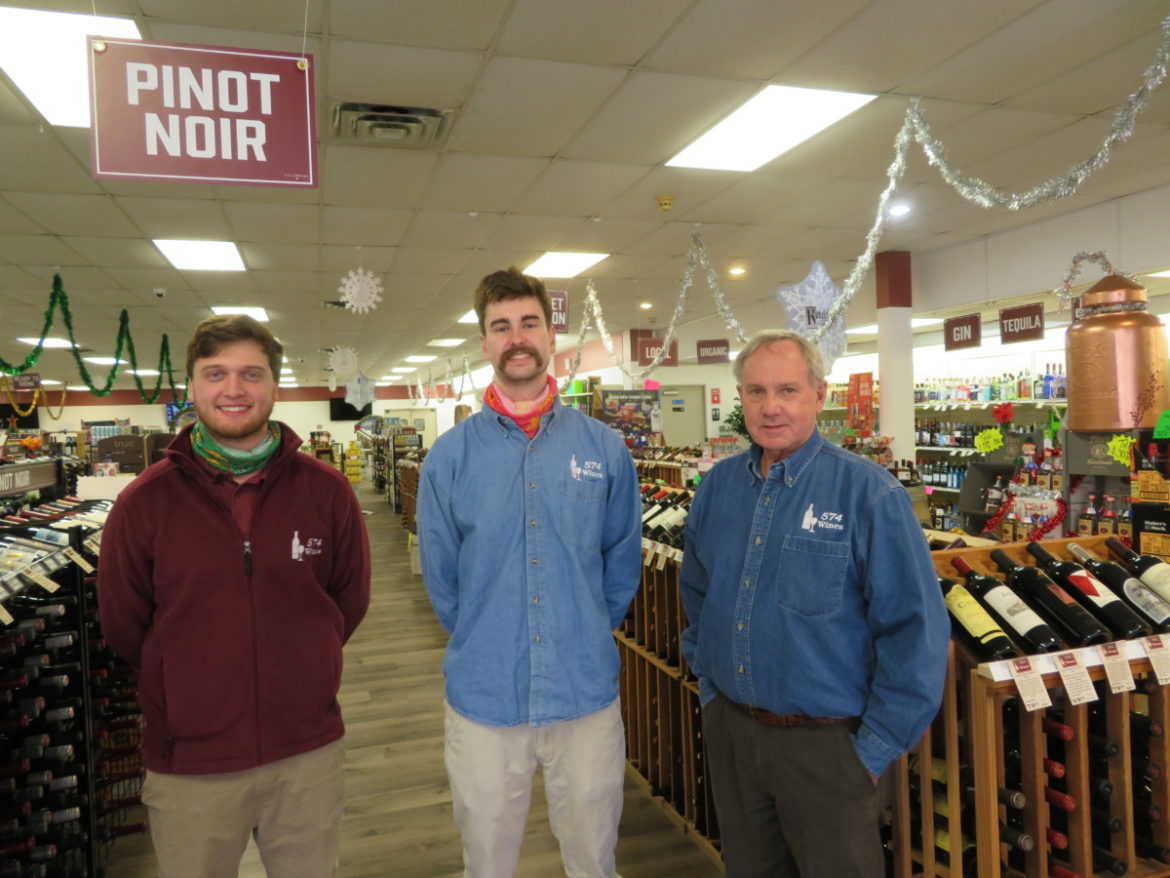 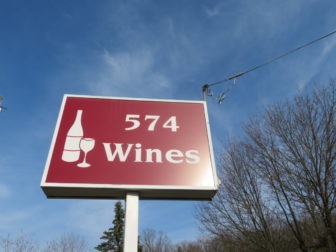 MONROE, CT — Ribbon-cutting ceremonies celebrating new town businesses ceased amid the COVID-19 pandemic in the spring, when 574 Wines and Spirits opened its store at 574 Monroe Turnpike on March 6 with little fanfare. Since then, the liquor store, with its spacious aisles, “craft beer cave” and curbside service, has been growing a loyal following.

Prior to that, Robert “Bailey” Stewart, who has owned the property since it was Walter Stewart’s Market from 1986 to 1995, then the Goodwill store, said people were telling him how they couldn’t wait for his new store to open.

“We’ve done well with the local community, I think,” Stewart said. “We have all the ingredients to make it a successful store.” 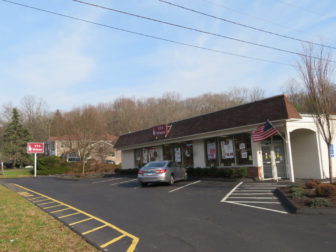 574 Wines is located in the former Goodwill building at 574 Monroe Turnpike.

Ty Nicholson, the manager and permittee, said 574 Wines quickly established itself with its knowledgable staff and customer service. Staff members are always helping customers pair wines with their meals and carrying heavy purchases to their vehicles for them, according to Nicholson.

During the pandemic, he said 574 Wines’ curbside service has been popular with customers, enabling them to pick up their orders without leaving their car. Inside, Nicholson said shoppers enjoy shopping in the spacious aisles, which are six feet apart.

The racks are filled with bottles of cabernets, merlots, pinot grigios, chardonnays, zinfandels and other varieties. “I covered the globe with wines, from boxed wines to Opus One,” Nicholson said.

The retail space is approximately 8,000-square-feet. Aside from the vast area of wine racks, shelves along the side walls display other spirits and there is ample space for coolers, including a walk-in cooler filled with craft beers, known as “the beer cave.” 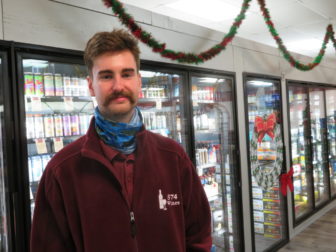 Among the most popular, according to O’Neill, are Two Roads Brewing Co., New England Brewing Co., Counter Weight and Bad Sons.

“When they come in, I usually ask them what they had recently to see what they like,” O’Neill said of his craft beer customers. “People are always looking for the newest, really good beer — the latest and the greatest.”

He said a lot of his customers are already knowledgeable about craft beer, including one who works for Kent Falls Brewing Co.

Craft beer makers want a level of balance and some complexity to make something unique, according to O’Neill. “It’s very easy to make something that everyone’s had before,” he said. “If there’s one with a very noticeable uniqueness to it, it’s a good find.”

A wall mounted TV screen on the back wall of 574 Wines shows O’Neill giving tips on craft beers and Nicholson, talking about wines, also makes an appearance.

Once the COVID-19 pandemic is over, 574 Wines will use the space in back of its store to host classes, as well as wine tastings to raise funds for local charities and organizations.

“It’s not just fine wine,” Nicholson said of the tastings. “We are going to taste fine bourbons and spirits.” 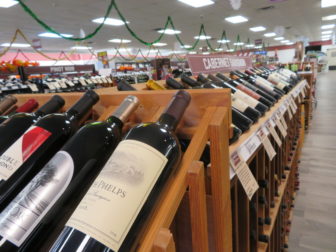 In addition to using wall mounted TVs for education, 574 Wines dedicates screen-time to display community news and happenings from around the town.

Since Stewart’s grandfather opened the first Walter Stewart’s Market in New Canaan in 1907, he said his family’s businesses have always been active in supporting the community.

Stewart said he continued that tradition of community involvement with Stewart’s Wine & Spirits, a liquor store he opened in New Canaan in 1974, and with his Walter Stewart’s location in Monroe when it was in operation.

In a short period, 574 Wines already joined the Monroe Chamber of Commerce and was among the businesses participating in Monroe Merriment, a small business promotion led by the Monroe, CT Residents Facebook page.

“Our philosophy is to not only have the best place to shop, we believe great service also involves supporting the community,” Stewart said.

Back for a sequel 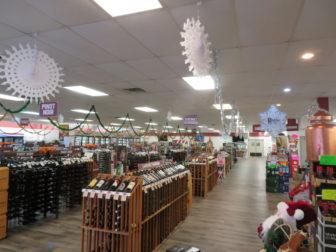 The retail space at 574 Wines is about 8,000-square-feet, enabling it to spread things out, while still carrying a huge selection.

Nicholson touted 574 Wines’ location, recalling how a representative from Goodwill told him its Monroe store thrived at 574 Monroe Turnpike, becoming one of the best performing locations in Connecticut, but had outgrown its space.

Stewart envisions a bright future for 574 Wines, because of the experience of his team, which includes Nicholson, O’Neill, building manager Scott Overbeck and sales clerk Jon Bertek.

Nicholson has been involved in retail his whole life, starting out as a haberdasher. He rose to become one of the vice presidents of Gant, which makes men’s dress shirts, before departing in 1989.

He operated Cleto’s Wine & Spirits, a package store in Shelton with one of the oldest liquor permits in Fairfield County. “I knew nothing about liquor, except what I would buy on a weekly basis,” Nicholson said. “I ran that store for 11 years and was very successful.”

He gained knowledge of the business over the years, later enhancing it by working in wholesale.

Nicholson and O’Neill previously worked together at a wine store in Southbury and bonded over lacrosse. O’Neill played the sport at Holy Cross High School in Waterbury and Nicholson had been a coach in Maryland.

“I have a brother in the Army and his son is a former Navy Seal,” O’Neill said. “For a 75-year-old and a 23-year-old, we have a lot in common. Some people come in thinking Ty’s my dad.”

“It’s been great,” O’Neill said. “We love the customers. We love the town so far. People are very welcoming — and I love working with Ty.”