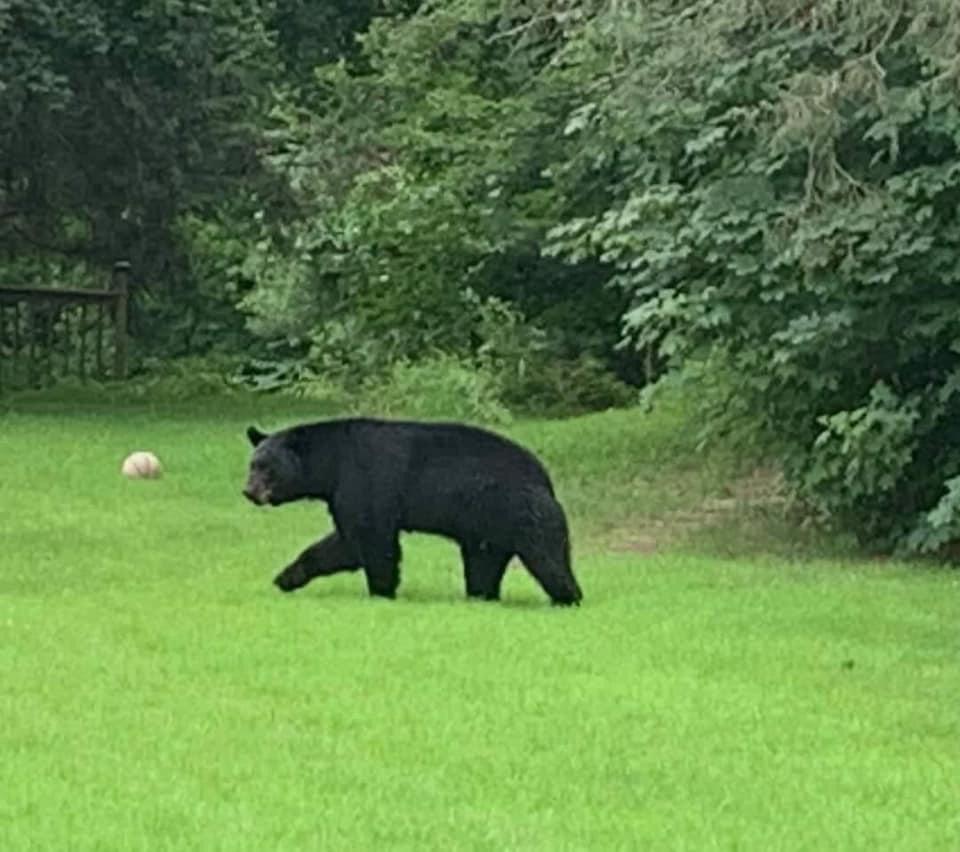 This bear does not have tags and was seen in various parts of Monroe and Trumbull on July 19. Photo by Betsey Glynn

MONROE, CT — A mamma bear and her cub, as well as another large adult bear, were spotted multiple times in Monroe during a busy few days in town for these majestic wildlife creatures in mid July.

Animal Control Officer Ed Risko reported that these were black bears, one of which is not tagged. 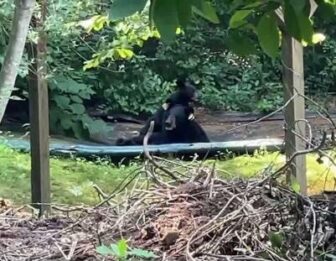 Bear 217 (Bobbie the bear) and her cub enjoyed a trampoline at a residence on Knollwood Street on July 16. Photo by Kim Thompson

Bear number 217, with her one remaining cub, Risko said, was seen on Knollwood Street and crossing the Rails to Trails property on July 16. The bear has been in Monroe before, said Risko, adding that bears repeat their travels where they remember finding food.

The bear was also seen on a porch investigating cat litter on July 16. Risko said bears return to properties where they find food and will explore anything and everything new to a location they have previously visited.

Risko added that bears mark their territory by clawing or rubbing their backs on trees to leave their mark or scent. 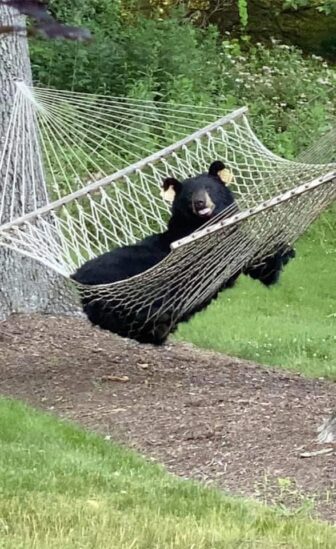 The other bear was seen in multiple areas of town on July 19. “This Bear started coming across town from the northeast side, East Village Road, Squire Road at 8:30 a.m. and Camelot Drive/Route 110 at 9 a.m. — covered one mile in about 30 minutes — heading southwest into Trumbull,” Risko said.

The bear was reported in Trumbull a couple of times after venturing four miles from Route 110 over the course of three hours. The bear was last seen at Porters Hill Road/Whitney Avenue in Trumbull, Risko said.

Here is some information from the Monroe Police Department on how to avoid attracting bears: