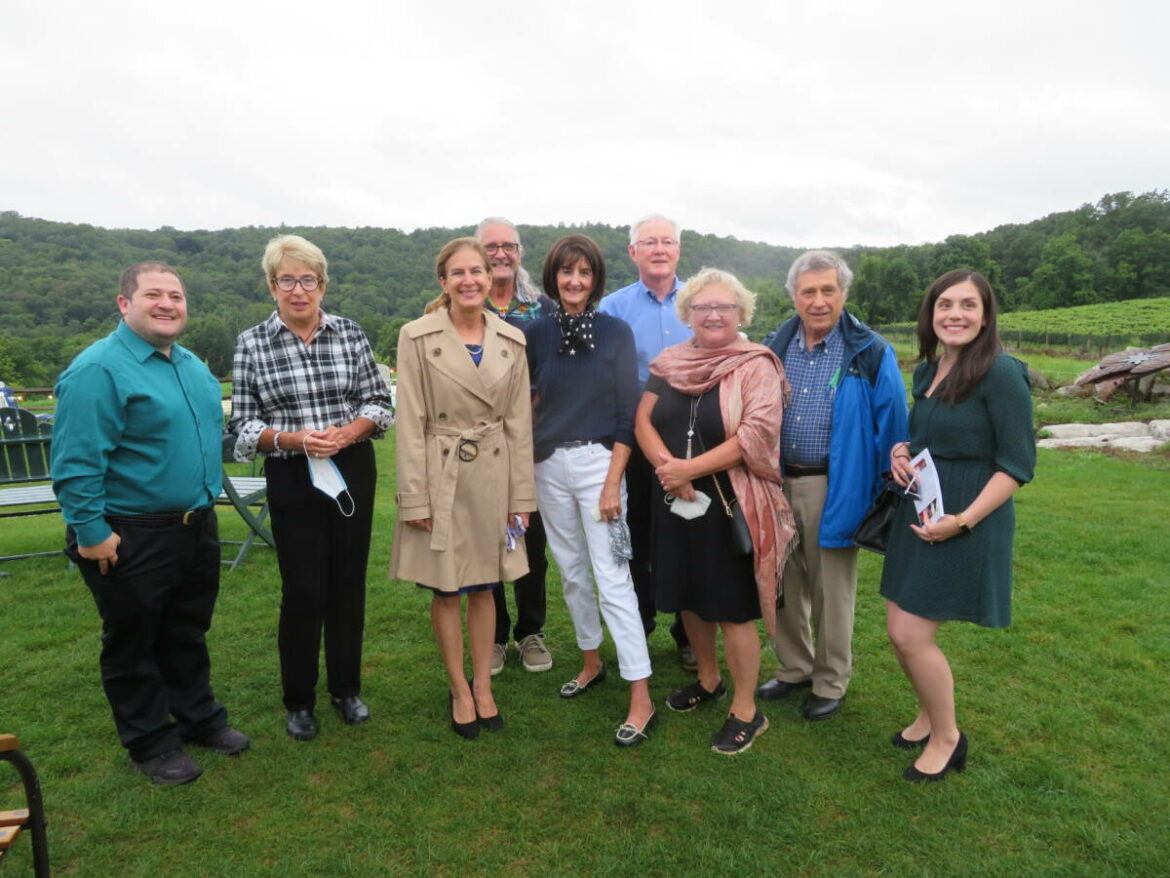 NEWTOWN, CT — Democrats from Monroe and Newtown joined forces for a campaign fundraiser for their municipal candidates this fall. A Night at the Nest, a star-studded event, was held at Aquila’s Nest Vineyards Wednesday evening. 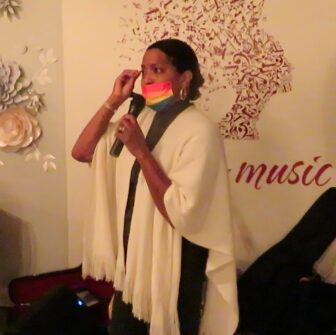 U.S. Rep. Jahana Hayes, D-5th District, speaks during a Night at the Nest, a party fundraiser at Aquila’s Nest Vineyards in Newtown Wednesday.

Though Democrats are running for seats on their boards of finance, Town Councils and Planning and Zoning commissions, the state and federal officials emphasized the importance of the Board of Education.

The country is divided among those who believe masks will enable children to go to school safely and those who say masks are ineffective and an infringement on people’s freedoms.

Hayes, a former National Teacher of the Year, said if Monroe and Newtown voters do not do anything else this November, they need to elect Democrats to their boards of education.

“When I decided to run for Congress, when people said, ‘she’s just a teacher,’ I said, ‘that was the best training I could have ever had for this job, because being a teacher prepares you to care about other people’s children,'” Hayes told the 164 people gathered inside the dining room of Aquila’s Nest Vineyards, as rain came down outside.

“And right now, we are the party that cares about other people’s children,” Hayes continued. “It is not just about caring about our families and what’s good for us. It is about uplifting communities, and that is so important.”

Hayes said not one Republican voted for the American Rescue Plan, providing billions of dollars for communities that are struggling, nor to reauthorize the Voting Rights Act.

“Right now, we are the ones that are holding the line,” she said. “People come out in droves in Presidential elections, in national elections when a governor is on the ticket, but it’s these local elections where quiet revolutions happen, where people are sleeping and they don’t show up, where a small number of people turning out can flip a town — and that’s what makes the difference.”

Hayes said she is proud that every community she has visited recruited “dynamic people” to run for local office.

“The only reason I’m here today before you is because I had a community that stood up for me, because other people saw something in me and created opportunities to make sure that I had a space to thrive,” Hayes said. “Right now, every single one of us is called to that same action: to do what we can as the responsible adults in the room, as the advocates, as the people with agency to speak up and protect the most vulnerable among us, those who cannot. Nothing is more important than that right now.” 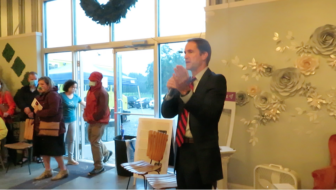 Himes shared how he was a former Democratic Town Committee chairman in Greenwich, saying it was, “a very challenging territory for Democrats, but it has migrated blue.”

“I understand how challenging communities like Monroe and Newtown are,” Himes said. “You guys are at the front of a sphere of a very challenging fight.”

Himes said many Democrats thought they could relax after getting President Donald Trump out of office and winning Congressional majorities, but then Jan. 6 happened, when a violent mob tried to stop the peaceful transfer of power.

Himes said the Republican Party showed abject support of stopping the peaceful transfer of power when 150 of his Republican colleagues voted to override the Presidential Election.

“In that moment, I recognized that the work was far from done,” he said.

Since then, he said statehouses across the country have been passing laws to make it hard for communities of color, young and older people to vote.

“We now face a headwind, and the challenge is as big as it has ever been,” he said. 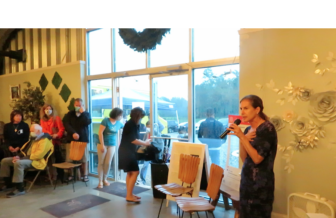 Lt. Gov. Susan Bysiewicz speaks to guests at A Night at the Nest, a fundraiser by the Monroe and Newtown Democratic town committees, Wednesday. The event was held at Aquila’s Nest Vineyards in Newtown.

Bysiewicz touted how the state of Connecticut has been doing under Gov. Ned Lamont’s leadership.

“We’re here safely and we are one of the best tested and vaccinated states in the country,” she said. “People are coming here in droves. We have one of the hottest real estate markets in the country, because people know that public health comes first. In our state, we have companies large and small coming here.”

Bysiewicz said the last U.S. Census shows a population increase of 31,000 in Connecticut, adding it has grown since then.

“We couldn’t have done this without our partners in the Legislature,” she said. “We’re Democrats and we believe in science and data and vaccinations.” 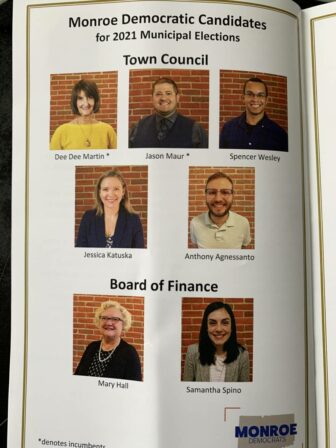 Crispy Melty, a grilled cheese truck, was outside the fundraiser, as well as a tent with gift baskets for a silent auction. Inside, each guest had a glass of wine and tables were covered with appetizers and sweets.

A musician played a piano in the center of the dining room and the folk group “News to Me” performed later in the evening.

The tables were surrounded by local Democratic candidates and supporters, all wearing masks.

Mary Hall of Monroe, who is running for the Board of Finance, and Joe Bojnowski of Newtown were co-chairs of the event. 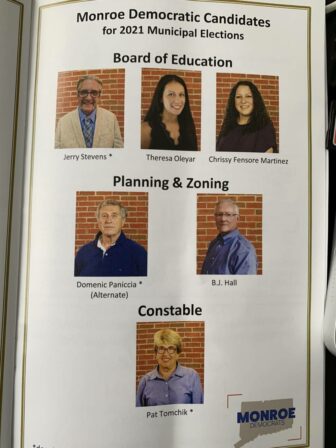 campaigning for Nick Kapoor, of Monroe, when he ran in the special election for Connecticut’s 112th District, shared by Monroe and Newtown.

The election was ultimately won by Monroe Republican, Tony Scott. But the closer relationship between the two DTCs led to the joint fundraiser on Wednesday night.

“It’s great to get together and pool resources,” Paradis said. “That’s what community is all about. This is the first time we worked together.”

“They have the same issues we do, trying to protect our children, promoting economic development …” Paniccia said of Newtown. “It’s important for both our towns to have two points of view and not just a majority speaking.” 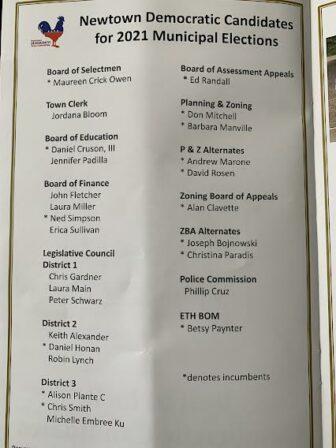 Paniccia said Bysiewicz, Himes and Hayes realize those working at the grass roots are their constituents and they participated in the event to speak to them and hear their concerns.

“The Democratic town committees do the work of getting out the vote, nominating the candidates and keeping voters informed about what they’re doing in Washington, D.C., and Hartford,” Paniccia said. “They want to know what people are hearing and what’s important to them.”

“Both elections are the most critical elections,” Paradis said. “They have the most direct impact on the people in our towns.” 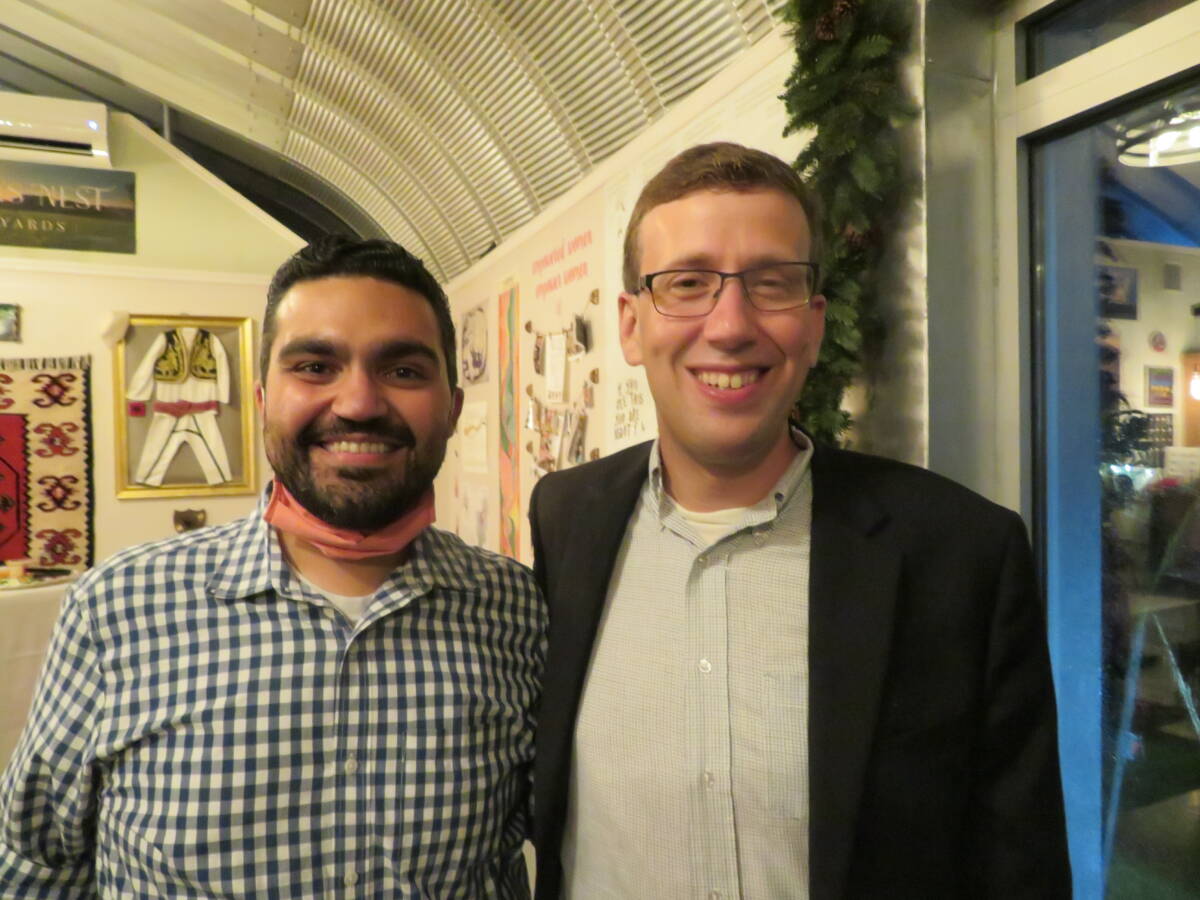 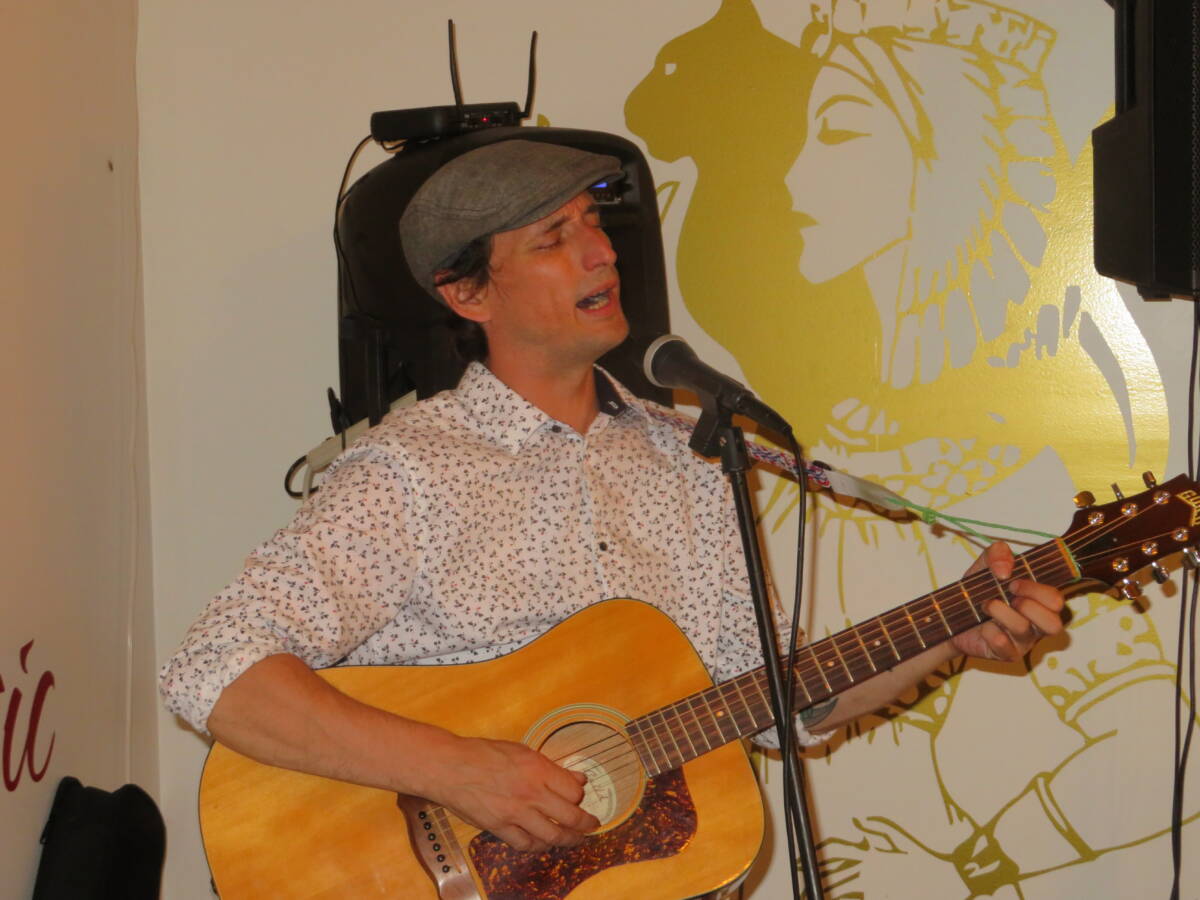 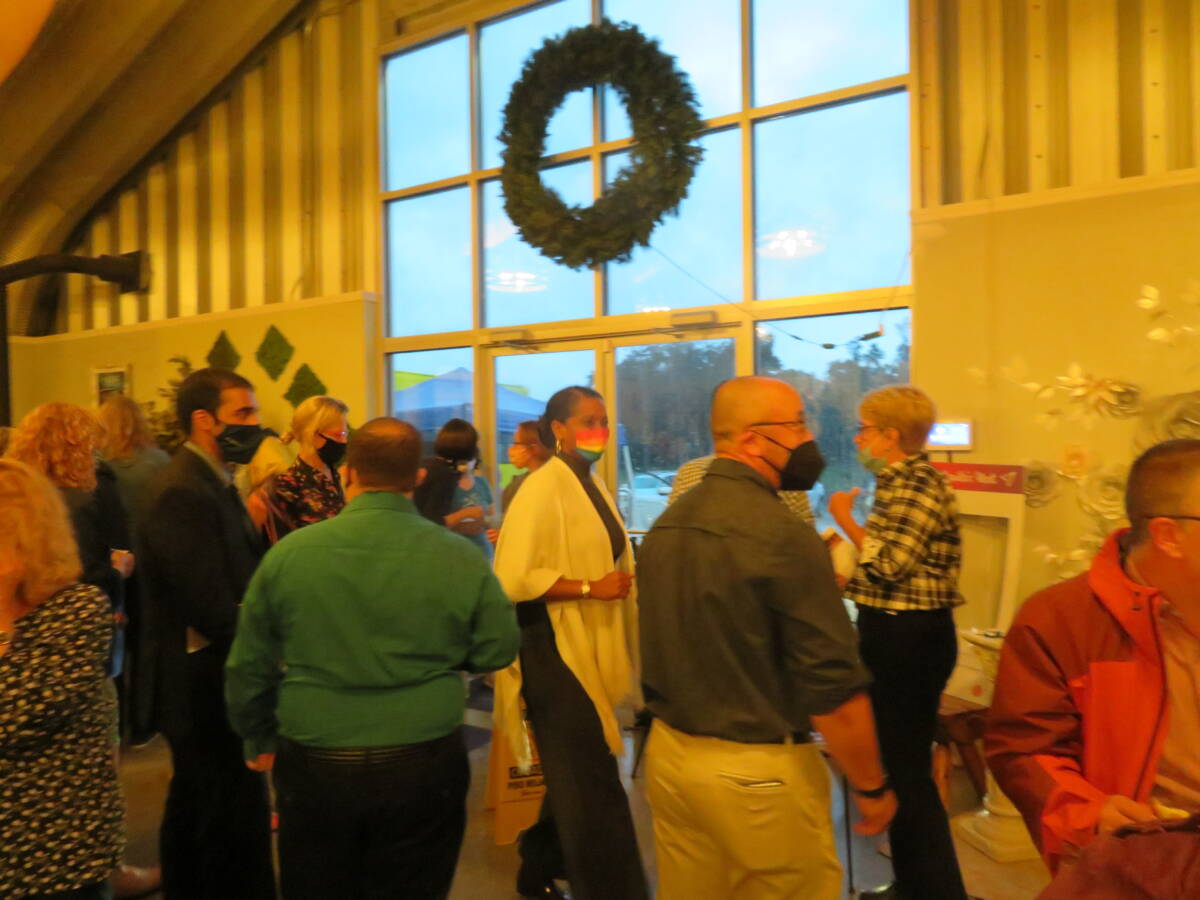 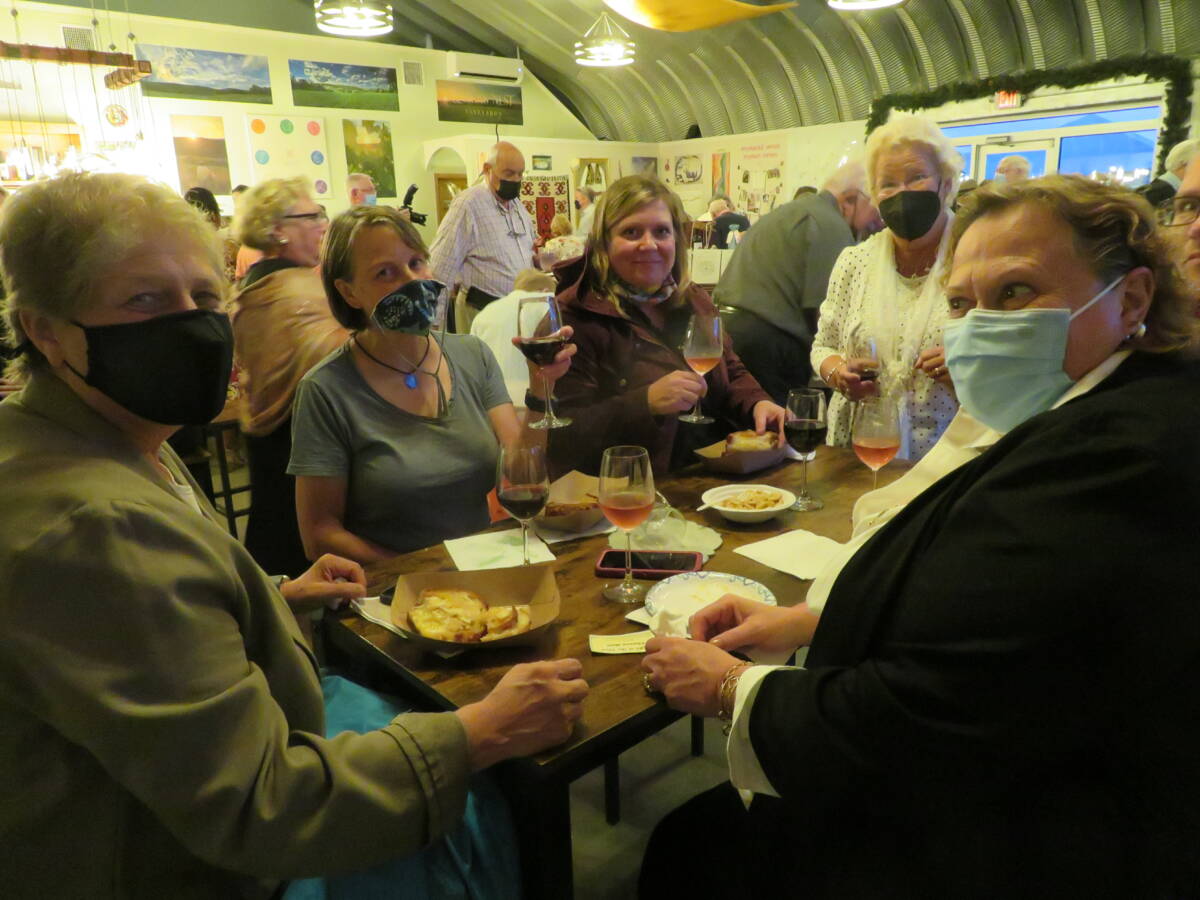 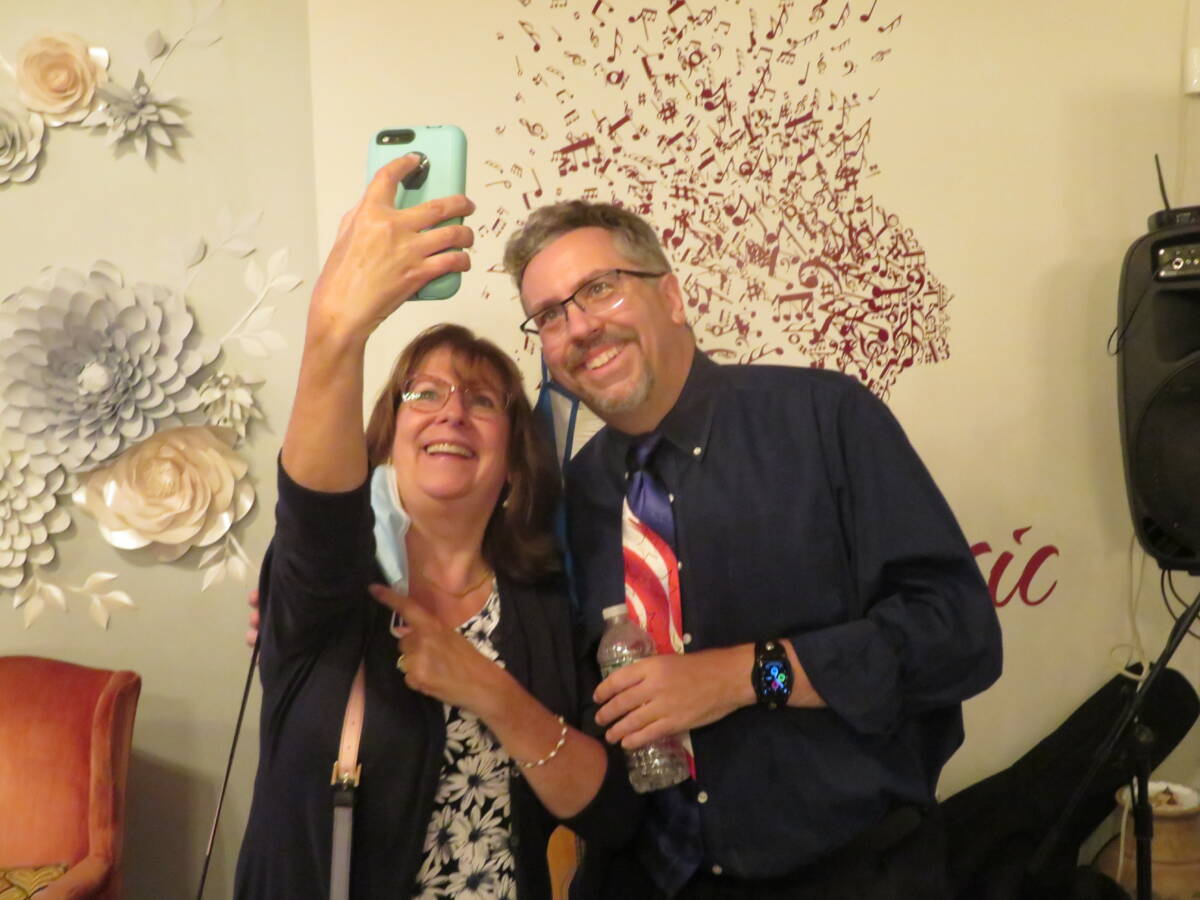 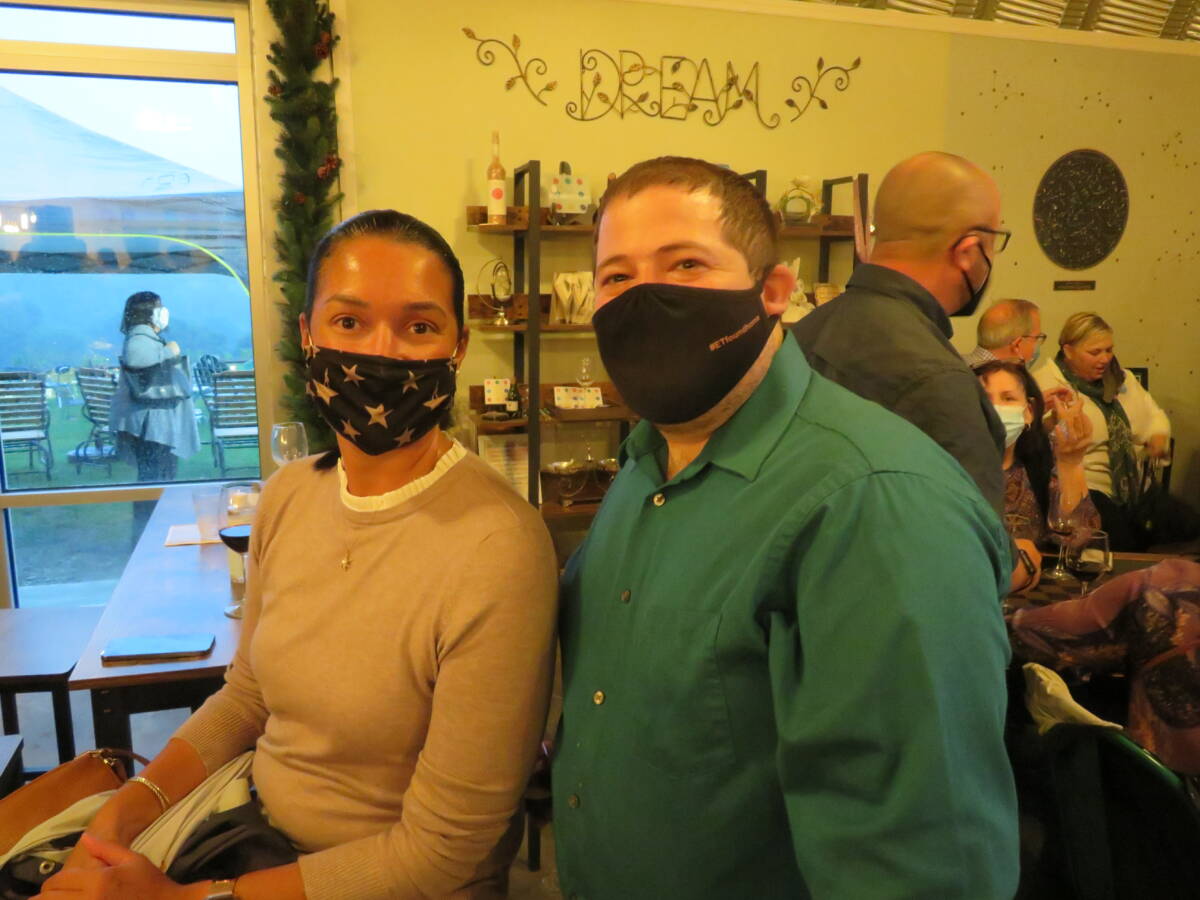 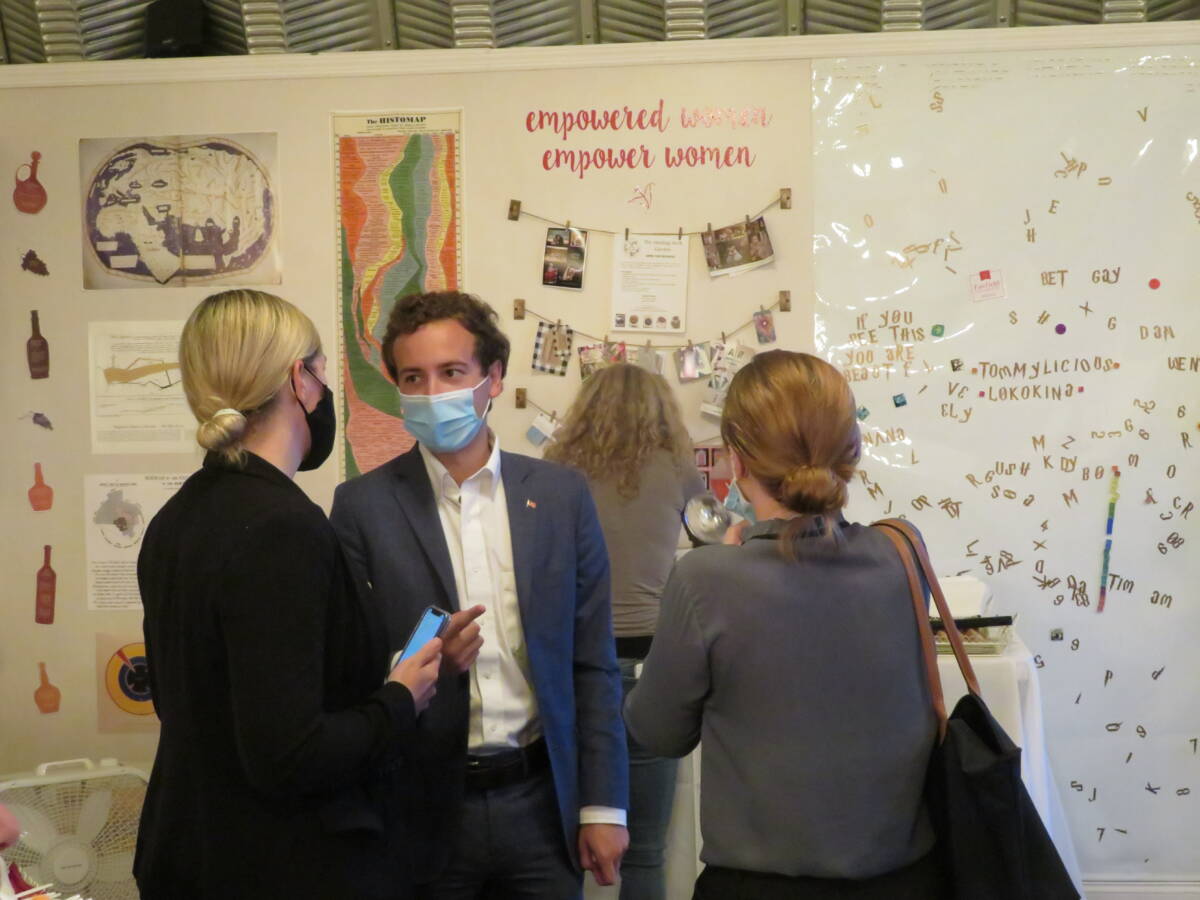 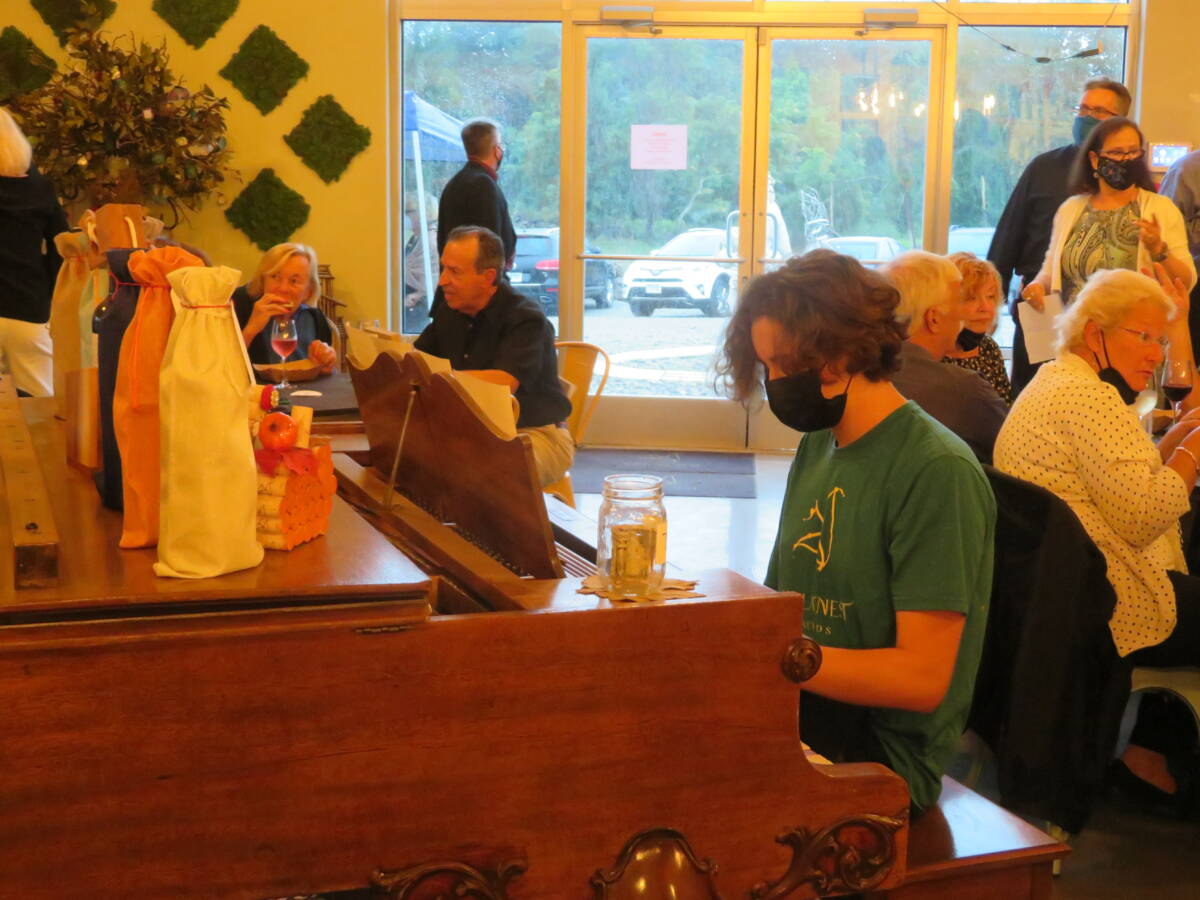 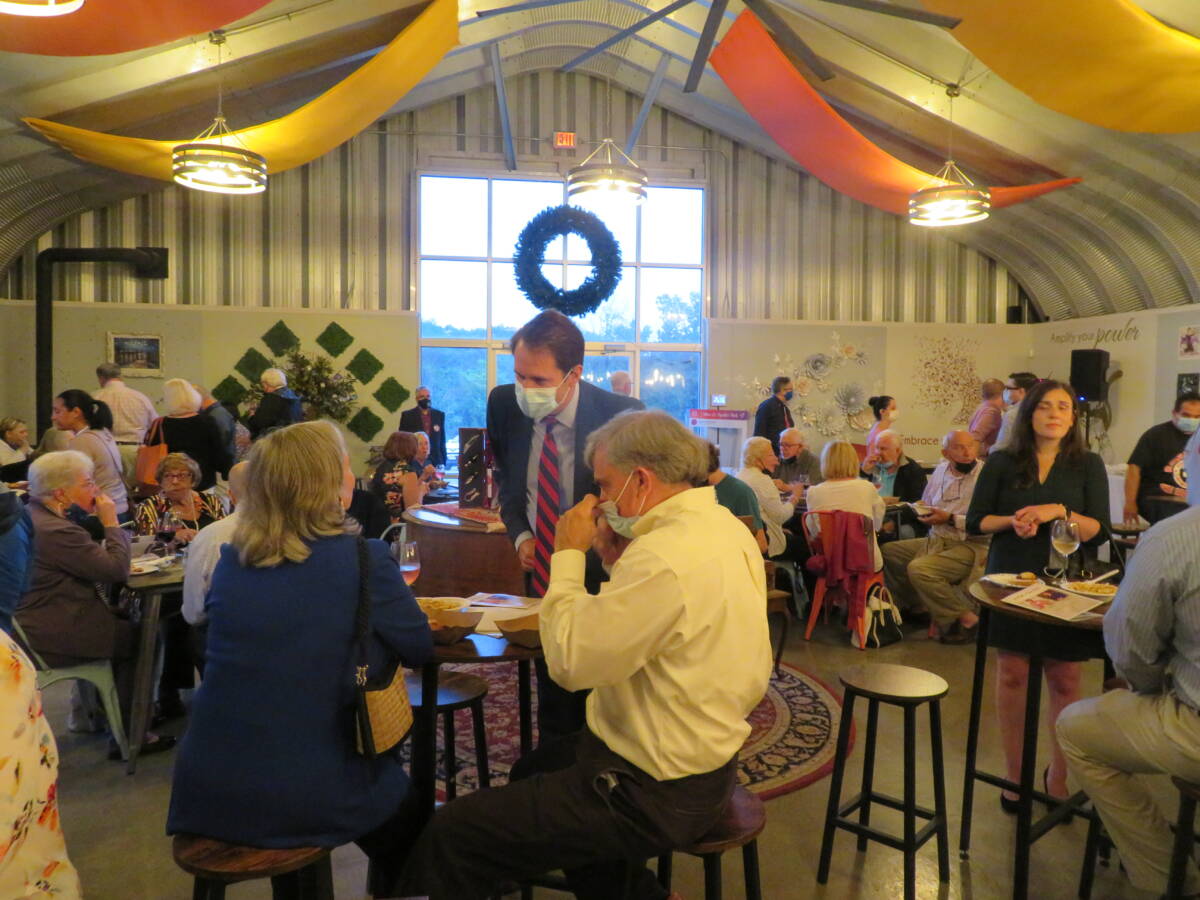 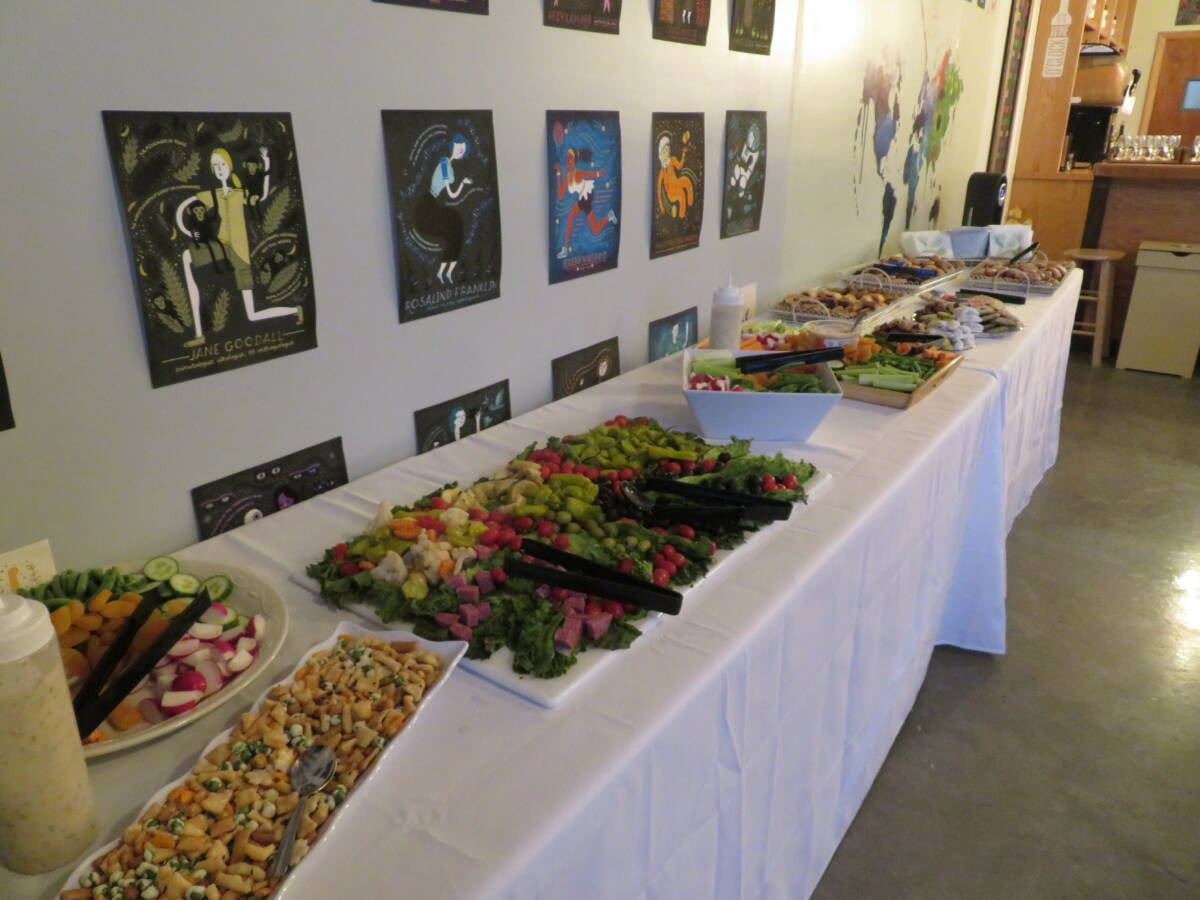 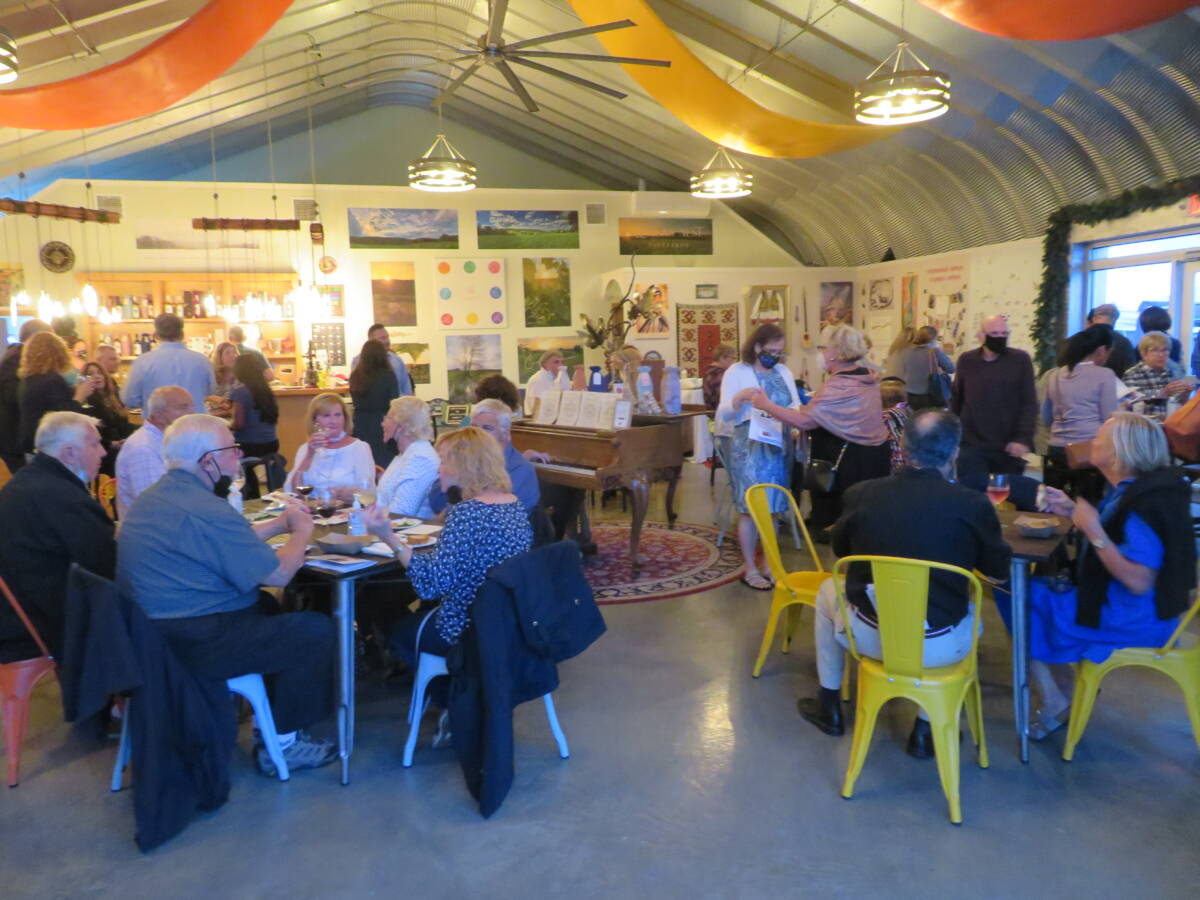 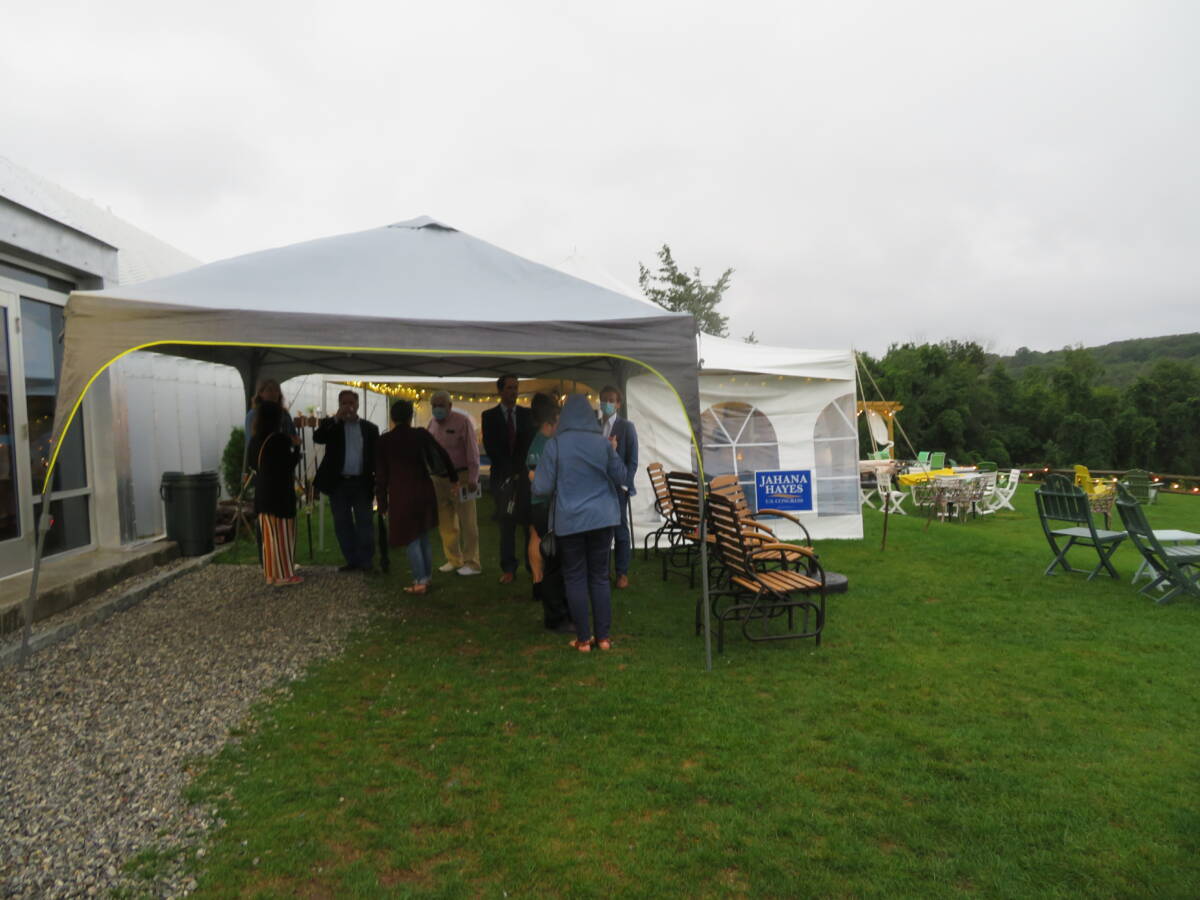 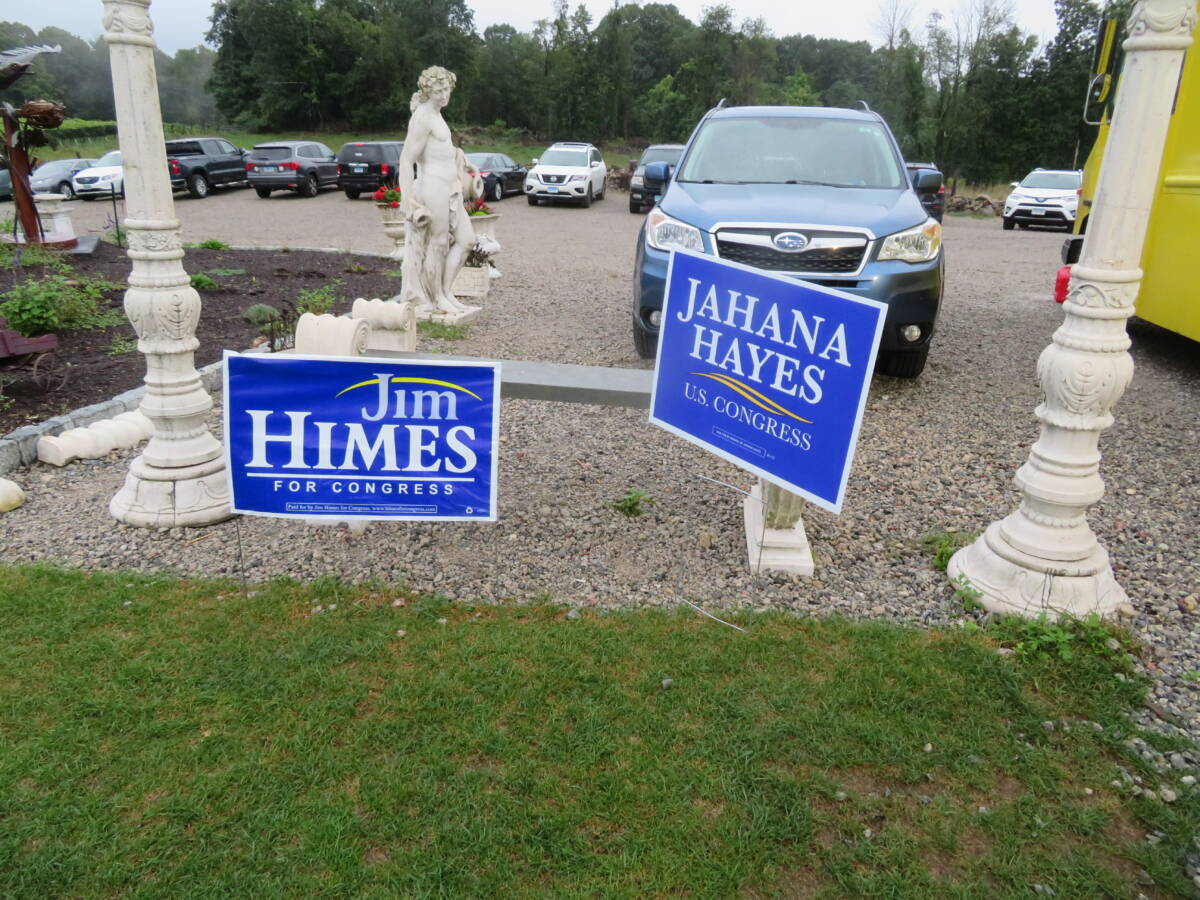 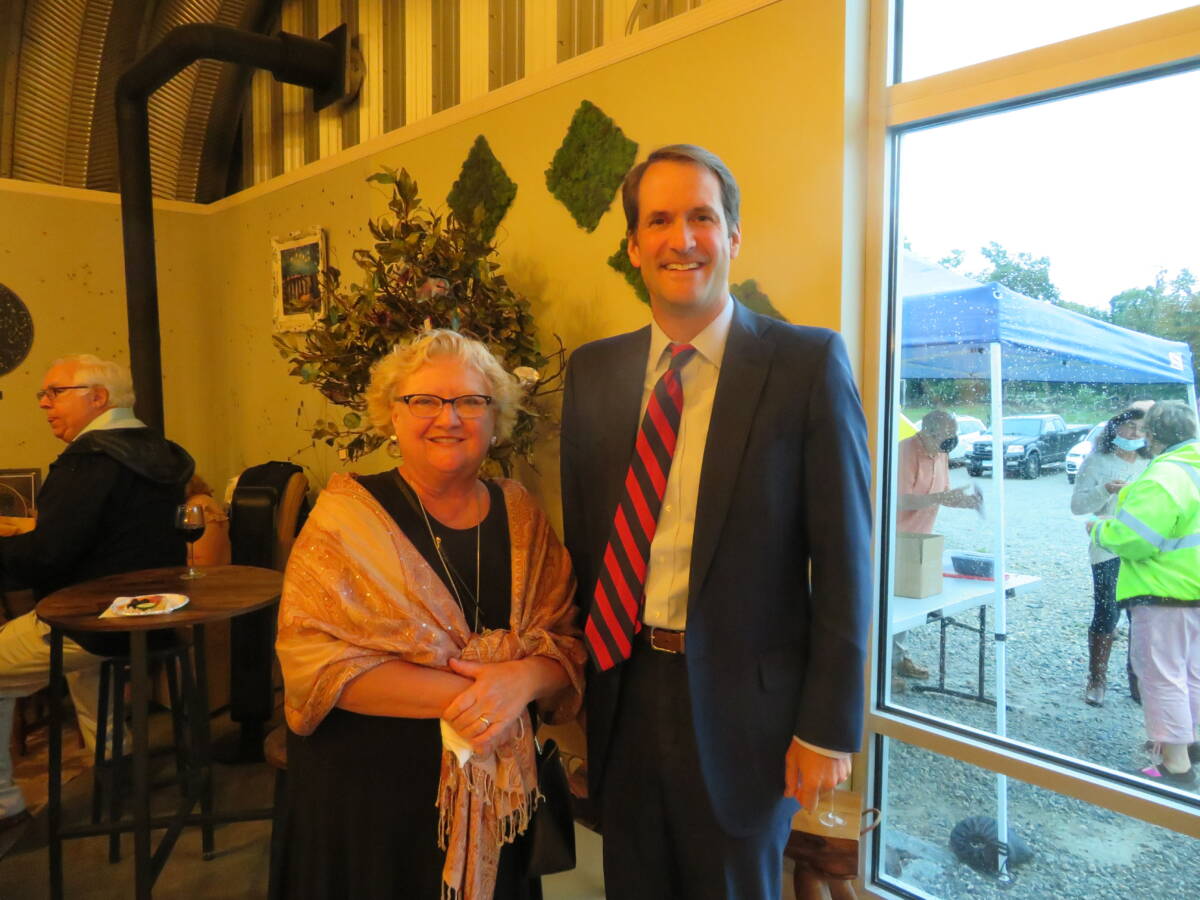