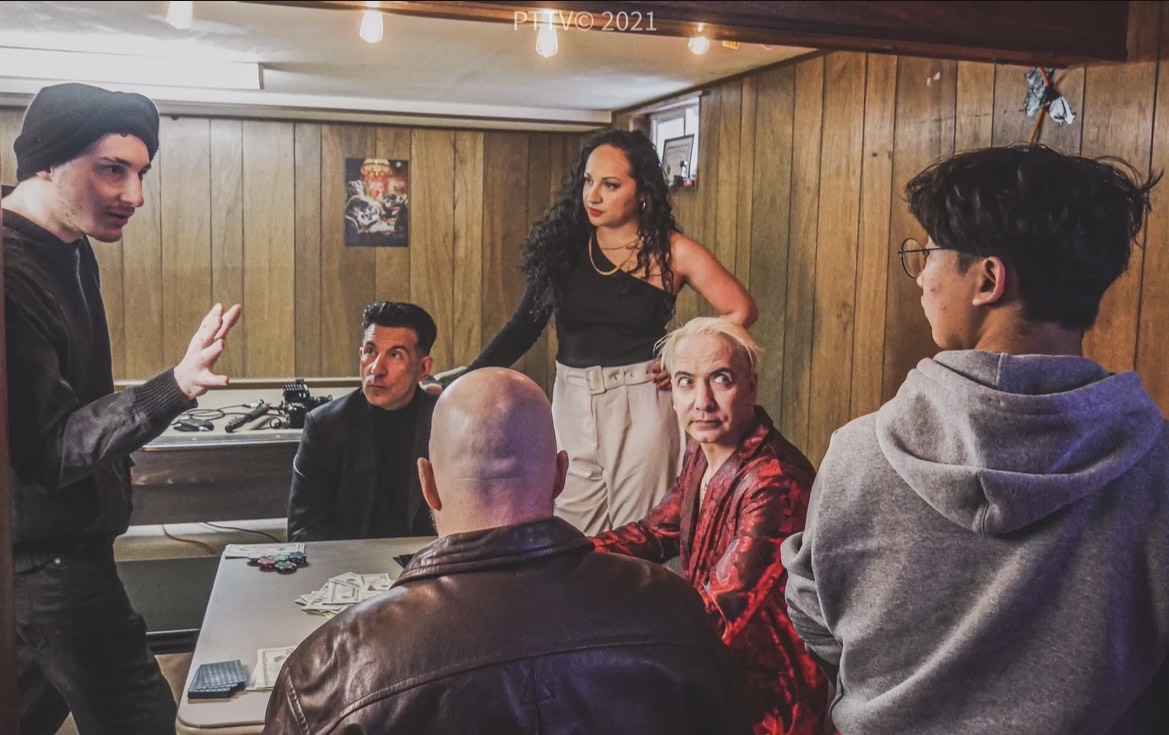 Joey Ambrosini, left, wrote, produced and appeared in "The Jackpot Hit", a movie shot in Monroe.

MONROE, CT — Joey Ambrosini, a Monroe native, continues to build upon his resume as an actor. In his latest film, Ambrosini stars in “The Jackpot Hit”, a crime thriller about two crooks who team up for a big score. The duo comes up with a dangerous plan to hold up the local mob’s card game.

The movie, scheduled to premiere on YouTube on May 13, 2022, is currently in post-production. There was one day of shooting in North Haven, but most of the film was shot right here in Monroe.

“Having this movie shoot in Monroe, for me, was a one of a kind feeling,” Ambrosini said. “I put a lot of time and dedication into creating this story and playing my character, which makes this project very special to me — and Monroe, being the town I was raised in, will always have a special place in my heart, so pursuing my passion in my hometown is like no other.”

Ambrosini, whose credits include screenwriter and producer, plays the role of Billy. 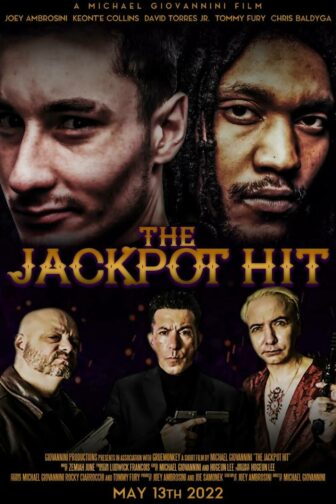 “My character, Billy, is very bold but very cocky,” he said. “I think he’s quite the conflicted type as the movie goes on, because he’s trying to do a million things at once to get this mission accomplished, which requires him to motivate his partner and to just come off as this guy who you should fear.”

The cast for “The Jackpot Hit” includes another notable Monroe figure. Tony Spera, the son-in-law of famed ghost hunters Ed and Lorraine Warren and a paranormal researcher himself, plays as Raymond.

“My character, Raymond, was the mob boss — a real cool guy,” Spera said. “It was a difficult part, only because I know that there is no such thing as ‘the mob’. Understand?”

Aside from acting, Spera has been preparing for “Warren’s Seekers of the Supernatural Paracon”, an event allowing people to view haunted artifacts. It is scheduled for Oct. 29 at the Mohegan Sun in Uncasville, Conn. For tickets, click here.

“Being Jacolby was a very action-packed experience,” Collins said. “I was able to be behind the camera as well.”

The movie is directed by Michael Giovannini (“Pay Day”) and the distributor is Giovannini Productions. The production company is Gruemonkey. 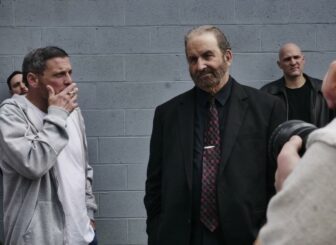 “It has been a great experience directing ‘The Jackpot Hit’,” Giovannini said. “I have learned so much over the last two months and I am very excited for the final product. This is just the beginning for me and I am extremely confident that this film will raise the bar I set for myself as a filmmaker.”

Samonek said, “producing this film has honestly been great! Everyone here has been very nice. Michael Giovannini made the film days go by very smoothly with the help of Joey Ambrosini as well.”

“Everyone on set has really shown me they are going somewhere,” he said. “They are very passionate about what they do and are truly going to move forward in the film industry in ways never before seen. I just cannot wait for this to come out.”

Backgrounds of the cast 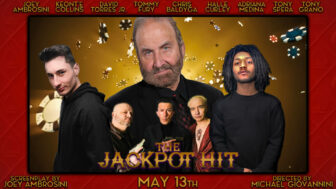 Halle Curley has been attached for roles in numerous projects such as “Breakup Alli”, “The White Queens Army”, and “Witches of the Hollow”, all productions by Carly Starr.

Adriana Medina is set to play a role in Joel Roman’s “The Port”, which is based on true events.

David Torres Jr. has roles in numerous upcoming projects set for release. Two of which are also in the crime genre. He plays Stefano “Smooth” Esposito in Joseph McGee’s “Tony Martone”, set to premiere on July 8, 2022. He also plays Nicky B. in Robert Curreri’s “Cadillac: A Mobster Fairy Tale” with a release date soon to be determined.

Ever since his first appearance as a casino patron in the film “Vault” in 2018, Ambrosini has busily built up his resume as an actor. He played as one of Santa’s elves in “My Adventures with Santa” in 2019, before landing his first speaking role in a feature film as Perry in “Burial Ground Massacre” last year.

This year, Ambrosini reprised the role of Perry in the “Burial Ground Massacre” sequel “Damon’s Revenge”. Other recent movie credits include roles in “Drowning in Secrets” and “Junkyard Dogs” and Ambrosini is involved in seven movies in pre- and post-production.

Among the projects, Ambrosini has a role in “Johnny & Clyde”, which is set to come out in Fall 2022. The cast includes movie stars Megan Fox, Robert LaSardo and Avan Jogia to name a few.