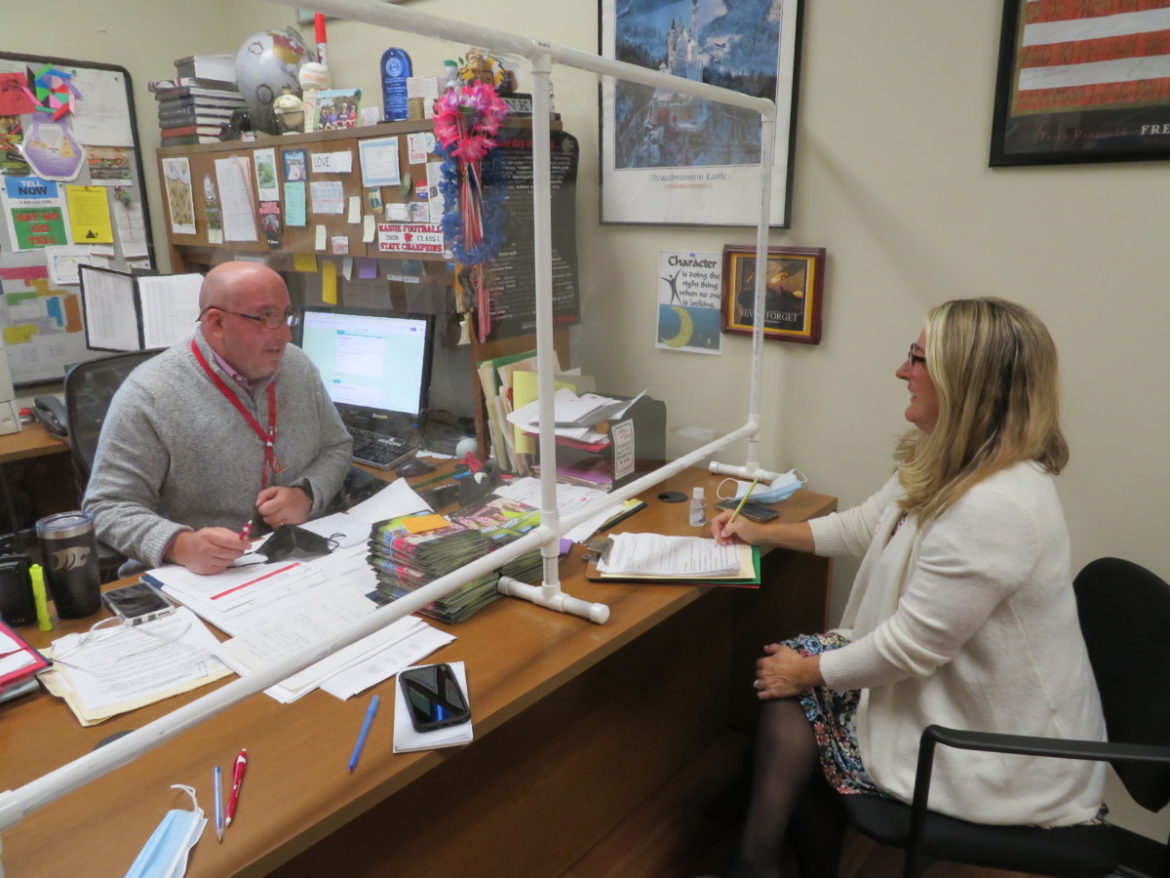 MONROE, CT — Masuk’s freshmen class won’t miss out on the 11th annual Forum on Underage Drinking and Substance Abuse this year. Meg Letko, a library media specialist at the high school, is recording talks by guest speakers and editing a video, which will be posted on YouTube on Nov. 12.

Having it virtually will allow the event, hosted by Alcohol and Drug Awareness of Monroe (ADAM), to be held despite the coronavirus.

“Everything is different in education,” said Mark Schwarz, an assistant principal at Masuk. “We’re doing it differently, but we’re doing it effectively.”

The forum is part of Connecticut’s required health curriculum for ninth graders. Because there will be no way to keep track of who is watching it this year, Schwarz said students will be asked to do a short writing assignment, reflecting on the experience, for their health class.

A teenager in possession of alcohol could receive fines and have a suspended or delayed driver’s license and, in the case of vaping, be hit with a school suspension.

One day last week, Schwarz met with Tammy Julian, an ADAM volunteer serving as coordinator for the forum, in his office to go over the planning for the virtual event.

The YouTube video will be released for public viewing at 7 p.m. on Nov. 12, and be posted for a limited time. A save-a-date post card and a letter will go out to parents to ensure everyone is notified, according to Schwarz.

After the video, families will be encouraged to take surveys.

“I just think it’s a wonderful event,” said Julian, whose daughter attended the forum last year and son will be a freshman next fall.

She said it sparked a conversation with her daughter. “If they’re ever in trouble,” Julian said of her kids, “they can call us and we’ll come and get them — no questions asked.”

“We just want them to be safe,” he said of students. “We’re really focusing on, this year particularly, the social and emotional well-being of kids living in the COVID world.” 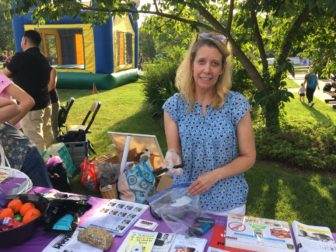 Acting Superintendent of Schools Joseph Kobza will take time during this year’s Forum on Underage Drinking and Substance Abuse to honor the memory of Connie Crowell, the late program director for ADAM.

Schwarz said most of the featured speakers will talk for 10 minutes or less in an effort to keep the video to an hour or so.

Bob Pagel, a health and biology teacher at Masuk, will make opening remarks. Then Acting Superintendent of Schools Joseph Kobza will talk about making good decisions, before thanking ADAM and its late, dedicated volunteer Connie Crowell.

Crowell, who organized the forum in the past, and her son, Jack, died tragically this summer. Kobza will ask for a moment of silence to honor her memory.

“The Forum on Underage Drinking began when I was the assistant principal at Masuk,” Kobza said. “The members of ADAM have always done an outstanding job getting  engaging speakers that touch on a number of topics — legal consequences of drinking, social host laws, courageous parenting, decision making, etc…”

“I would be remiss if I didn’t mention the role that Connie Crowell has historically played in coordinating this program,” he said. “In addition to preparing for all of the logistics of the forum, Connie worked tirelessly to secure all the guest speakers annually — no small task for sure.”

This truly is a community effort to raise awareness on the dangers of drugs and alcohol.  Research shows that the longer a person delayes their exposure ot drugs or alcohol, the higher the chances for a healthier life.  This is one of the main messages of the Forum.  Because parents attend the Forum with their child, the Forum also presents a great opportunity to open the door for a difficult conversation between parents and children.

School Resource Officer Brooke Larsen will share the personal story of a family member, who struggled with addiction.

Ann Dyke, a registered nurse and the injury prevention coordinator for Yale New Haven Health at Bridgeport Hospital, will share some of the horror stories of the hospital operating room, when people are brought in with alcohol poisoning or after being involved in a serious DUI crash.

A speaker provided by Mothers Against Drunk Driving will talk about having lost a loved one, who was involved in a motor vehicle crash with someone impaired.

Attorney Thomas Tesoro will tell students how relentless he is when someone drinks and drives and harms one of his clients. Aside from living with guilt and a poor driving record, an offender’s life savings and college tuition could be wiped out by a lawsuit.

Schwarz will talk about vaping and school counselor, Beth Young, and Jessica Champagne, a social worker for the school district and the town, will share advice for parents and resources for families who need help.