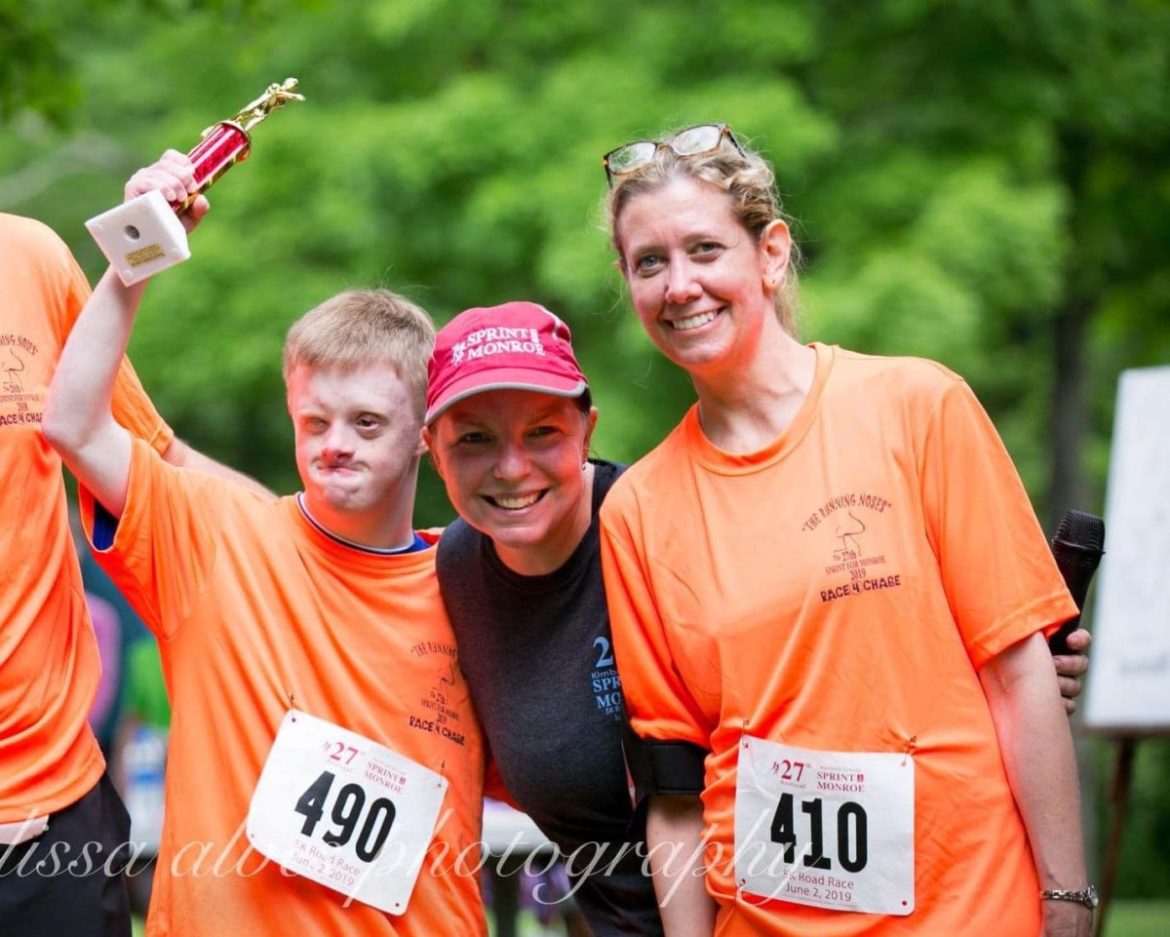 Connie Crowell, right, and her son, Jack, left, pictured here at the annual Sprint for Monroe, died in a fatal incident off Route 34 Friday.

SEYMOUR, CT — Police identified the victims, who died when their silver SUV ended up submerged in the Housatonic River Friday, as Connie Crowell, 54, of Monroe, and her 22-year-old-son Jack.

Police received numerous calls from people who saw the vehicle in the water, just off the shore, Friday afternoon. Firefighters, Emergency Medical Service personnel and diving teams also responded to the accident.

Divers were able to locate two occupants, Connie and Jack Crowell, inside the submerged vehicle and brought them to shore where medical assistance was rendered, but resuscitation efforts were unsuccessful and both were pronounced dead at the scene, according to police.

The incident is still under investigation. Any witnesses are asked to call the Seymour Police Department at 203-881-7638.

Connie Crowell was well known in town for her efforts with Alcohol and Drug Awareness of Monroe (ADAM), working tirelessly to educate young people to make good decisions by staying sober.

Acting Superintendent of Schools Joseph Kobza said he worked closely with Crowell when he was principal of Masuk High School.

“She volunteered her time, pretty much my whole time at Masuk,” Kobza said. “If it wasn’t on ADAM, it was the Parents Council. She was one of the driving forces in coordinating our forum on underage drinking.”

Crowell introduced Kobza to the nonprofit organization, My Team Triumph, where runners push disabled people in wheelchairs in races like 5Ks, giving them the experience of a long distance race and the thrill of crossing the finish line.

Her son, Jack has special needs, and Kobza ran the Fairfield Sunset 5K with him. Kobza’s oldest daughter, Hailey, partnered with Jack, while playing Unified Sports together at Masuk.

Jack, who graduated from Masuk in 2017, also participated in town events like the annual Sprint for Monroe.

“Everybody loved Jack, I’m sure at all the schools, but especially at Masuk,” Kobza said. “He was always happy, always smiling. He just brightened up everyone’s days.”