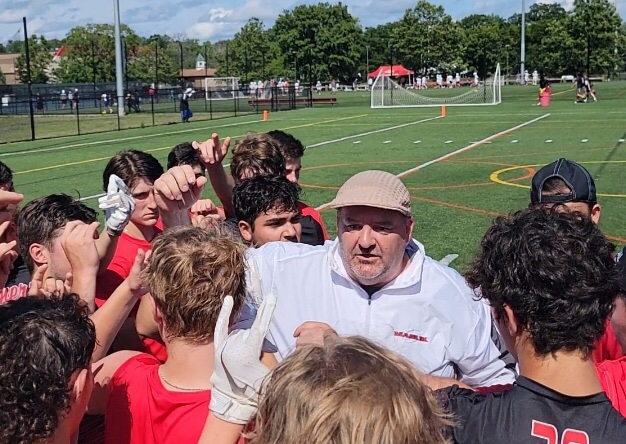 Steve Christy, who has a storied history of coaching football in town, was chosen as Masuk High School's new head football coach.

MONROE, CT — There will be a new face on the Masuk High football sideline this year, and it will also be a very familiar one.

Steve Christy, who has coached in town throughout the years, including as an assistant at Masuk, takes over head coaching duties. The news was official on July 7 and Christy has been hard at work with offseason preparation and getting to know his coaching staff and players already.

“I’m very excited about the opportunity. As soon as I got the blessing from my family it was an easy decision,” Christy said. 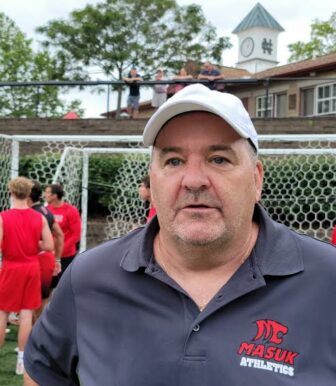 “The committee had a difficult job in choosing the next football coach at Masuk,” Superintendent of Schools Joseph Kobza said. “There were a number of letters sent, advocating for Steve to get this position. While those letters were very nice, I believe it was the body of work that Steve has done at both the youth and high school level that impressed the committee and made him the candidate of choice. ”

“We are extremely excited to announce Steve Christy as Masuk’s head football coach,” Masuk Athletic Director John DeGennaro said. “Coach Christy has an amazing ability to connect and inspire student-athletes that I have been able to witness first-hand, both on the football field and the baseball diamond. The committee was extremely impressed with his knowledge, passion, energy and plan for football at Masuk and in Monroe. I know our student-athletes are ready to go!”

Christy is certainly ready to go, and prides himself on possessing the following: “A lot of energy, a lot of juice, a lot of excitement.”

The new Masuk coach anticipates the transition being smooth given his familiarity with the program and players themselves. Although he has not coached them on the playing field, he has directed them and gotten to know them at his passing league where they serve as counselors.

“We’re very familiar with each other. They’re really good kids and I really like them a lot,” he said.

Christy was the offensive coordinator for the Masuk team that went all the way to the Class L state championship game before falling to Daniel Hand of Madison. Some of the same offensive plays stuck with the Panthers and are still in place, with the same play names, the coach said.

A bulk of Christy’s coaching experience is with the Monroe Lions youth program. Christy had five stints totaling 16 years coaching with the Lions.

Although there may be some differences between the elementary/middle school game and high school game on the gridiron, Christy will take the same approach he has always taken.

“Football is football. I’m not changing. I’m going to be me,” said Christy, who added that he will be all about the collaborative effort on the football field.

Grip It and Rip It

“It was really good for the kids,” Christy said of the experience.

Along with his wife Cathy, he has two sons — former Masuk football players Scott and Brian — and three grandchildren.

Brian was on the 2003 team that went 13-1, and Scott is a two-time All State player who also coached with his dad when the Panthers reached the state final. Brian is a Realtor in town and Scott is taking over running his dad’s screen printing and embroidery business, SportsLook.

Christy has a new football family with the Panther program.

Justin Scarpati and Jason Bouton provide strength and conditioning coaching during the summer and are doing a great job of getting the players ready, Christy said. Coaches Joe DeVellis and Sal Longo have also helped with training in the workouts.

“I’ve got some really good pieces. I’ve just got to put the pieces of the puzzle together,” Christy said.

One game at a time

The Panthers kick off their first traditional season since 2019 following the pandemic-altered/ 7 on 7 touch football season, when they visit Bunnell of Stratford on Friday, Sept. 10, at 7 p.m.

Masuk will play three consecutive road games to start the season. The first home contest is Friday, Oct. 1, when Hand visits at 7 p.m. for a rematch of the 2017 final. That game is an enticing one on paper, but Christy won’t be looking past his first opponent.

“I’m looking forward to Bunnell and Bunnell only,” he said.