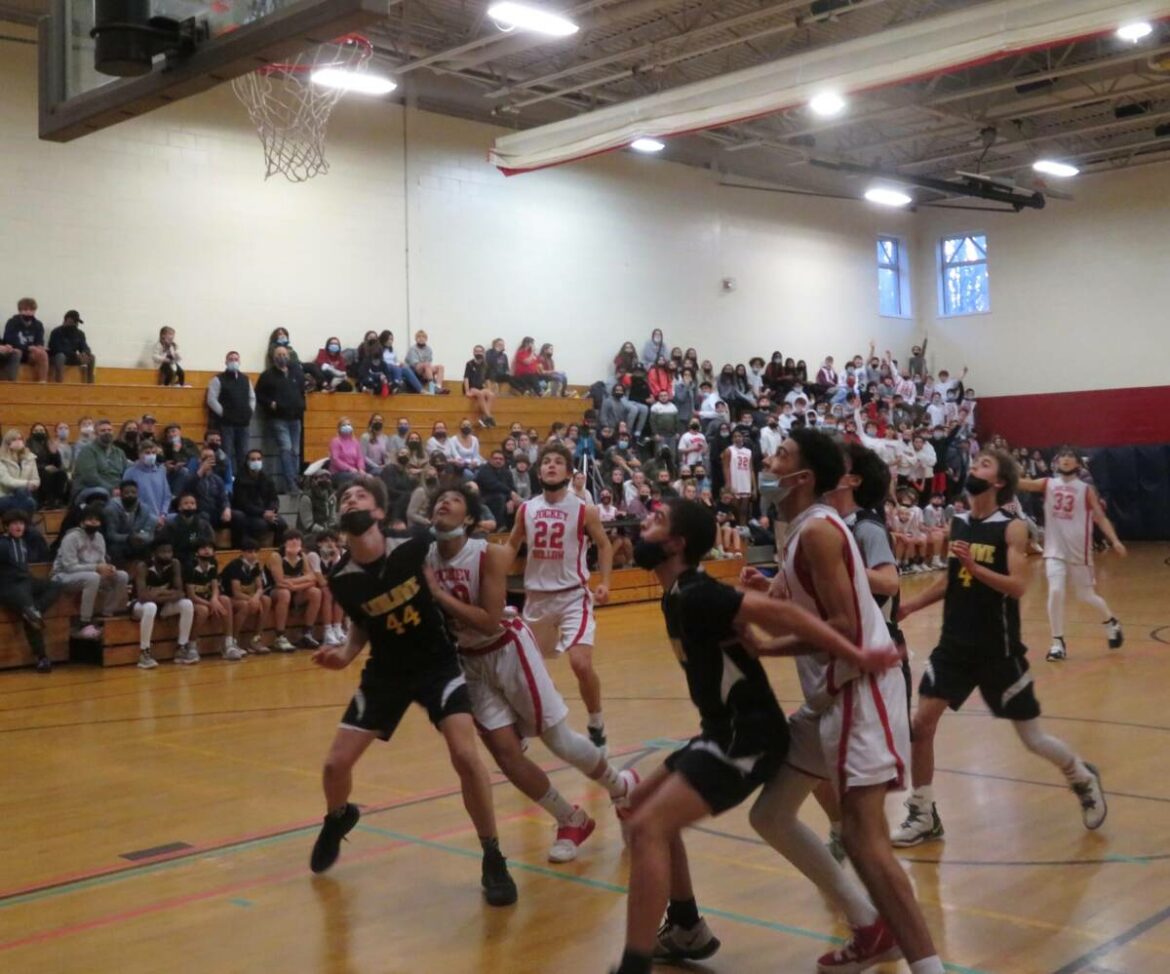 Jockey Hollow and Roger Ludlowe's players were physical inside throughout Thursday's championship game, won by the Lions 55-40.

Lions Coach Peter Simoulidis said Jockey Hollow dropped its first road game to Ludlowe in Fairfield early in the season, 48-44. But he said the loss motivated his players, who cleaned up their mistakes and started playing better basketball en route to a 13-1 regular season record.

In the FCBL title game Thursday the Lions fed off the energy of the home crowd and jumped on the visiting Bulldogs, building a 28-13 halftime lead and never looking back.

“We came out firing. That was our goal,” Simoulidis said. “We knew they would come out with a lot of energy and we had to match it. The boys fought hard. The game was physical. The boys had to play through it and did an amazing job. It’s great bringing home the first Boys FCBL Championship to Monroe.” 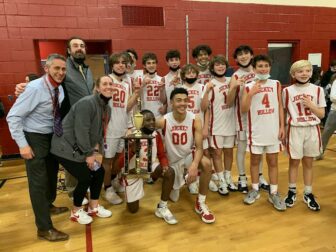 Last year’s season was lost to the COVID-19 pandemic, but just two years ago Jockey Hollow lost to Tomlinson, another Fairfield school, in the finals, according to Simoulidis.

Thursday was an historic day, when JHMS’s girls and boys teams both played in the league championship on their home floor. The girls also won their game, 36-33 over Hillcrest.

On Thursday, the Lions were led by their team captain, Tyler Newsome, who poured in 14 points and dominated in the paint, playing tough defense and pulling down rebounds.

Contributing to the Lions stingy defense and scrappiness on the boards were Aidan O’Driscoll, Andrew Picci and Jackson Thom. 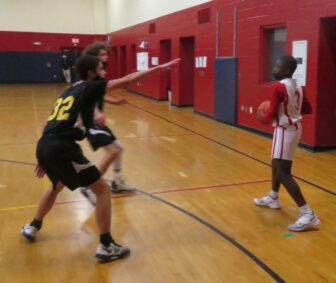 Josh Charlot, right, hit a three pointer in the second period that keyed a 9-0 run for the Jockey Hollow Lions Thursday.

Thursday’s game was close early, when a Ludlowe layup in the second period narrowed the Lions’ lead to 13-8.

But then Charlot nailed a three-pointer, Newsome scored on a fast break, Fanning had a layup, and Newsome made a driving layup. Suddenly Jockey Hollow built a 22-8 lead.

A Ludlowe jumper in the third period brought Fairfield to within 32-24. But then the Lions went on an 11-0 run to put the game out of reach.

The home crowd erupted late in the game, when Jockey Hollow had possession and milked the clock’s final seconds.