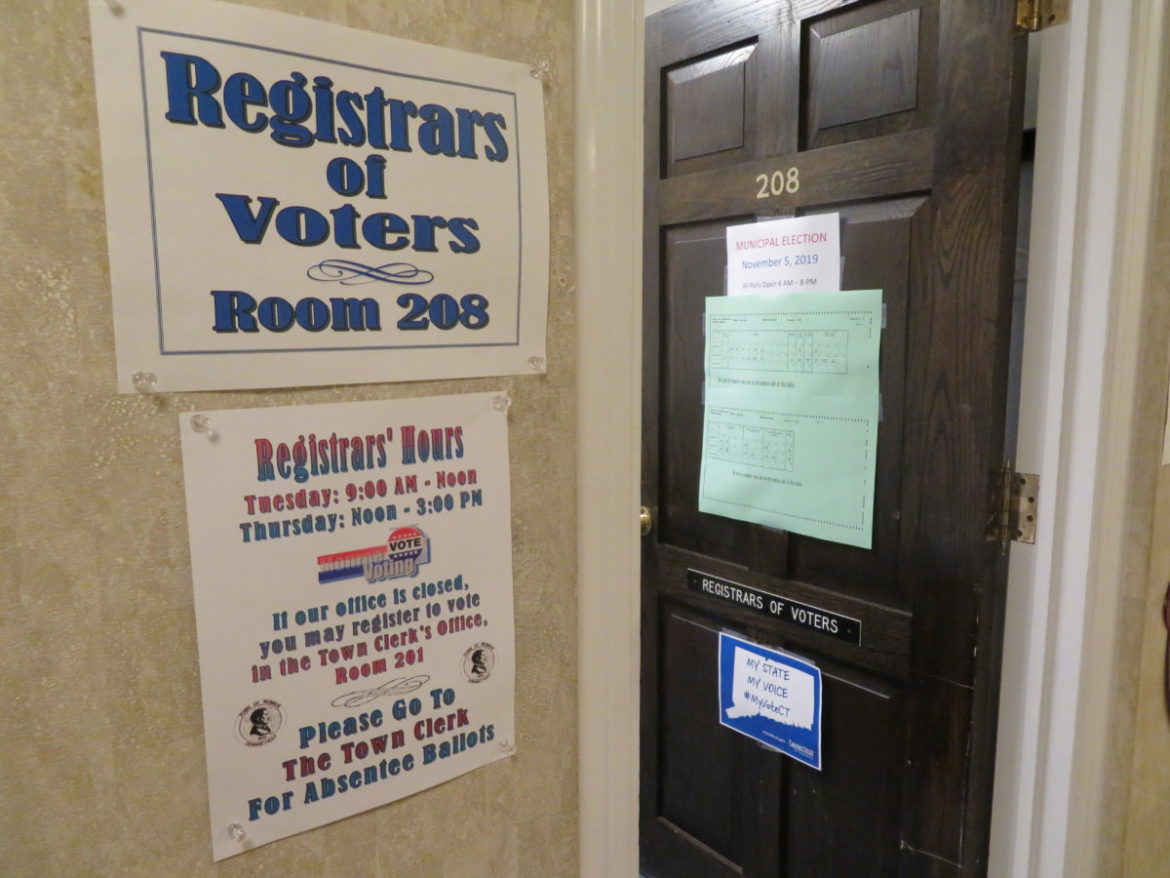 First Selectman Ken Kellogg is running unopposed, but a two-way-race for town treasurer will be decided Tuesday and all nine Town Council seats are being contested. Will the Republicans retain their 6-3 majority or will the Democrats pick up seats?

Polls for this year’s municipal election will be open Tuesday from 6 a.m. until 8 p.m. Those who have not registered to vote will be able to participate in Election Day Registration.

“It will be held right here in the Council Chambers of Town Hall from 6 a.m. to 8 p.m.,” said Margaret J. Villani, the Republican Town Registrar.

Jan Larsen will run it with his wife, Barbara, and the help of two volunteers from Masuk High School. Connor Rownin and Phil Hayes, both 17, will work in shifts.

After people register, they will be given a ballot to fill out and vote then and there.

To find out where your voting district is, follow this link.

Town Treasurer Patrick O’Hara, the incumbent Republican, faces a challenge from Democrat, Christa DeLeo. Click on their names to see their profiles.

Here is an article on the treasurer race:

Monroe has a two-way race for town treasurer

Click on the 12 Town Council candidates’ names to see their profiles. Nine will win and no more than six can be from the same political party.

Hear from the candidates in these two stories:

Town Council candidates are asked: Why should people vote for you?

What’s the best way for Monroe to grow its grand list? Council candidates weigh in

Other than the treasurer and Town Council races, all of the other candidates are running uncontested and will win seats.

The Board of Finance has four seats and four candidates: Democrat Steve Kirsch and Republicans Craig Hirsch, Rebecca O’Donnell and Dane Krchnavy.

The same goes for the Board of Education. Four candidates running for four seats include Democrats Nick Kapoor and Dr. Alan Vaglivelo and Republicans David Ferris and Shannon Monaco.

The Planning and Zoning Commission has three candidates and three seats up for election. Republicans Bruno Maini and Ryan Condon are running, along with Democrat Leon Ambrosey.