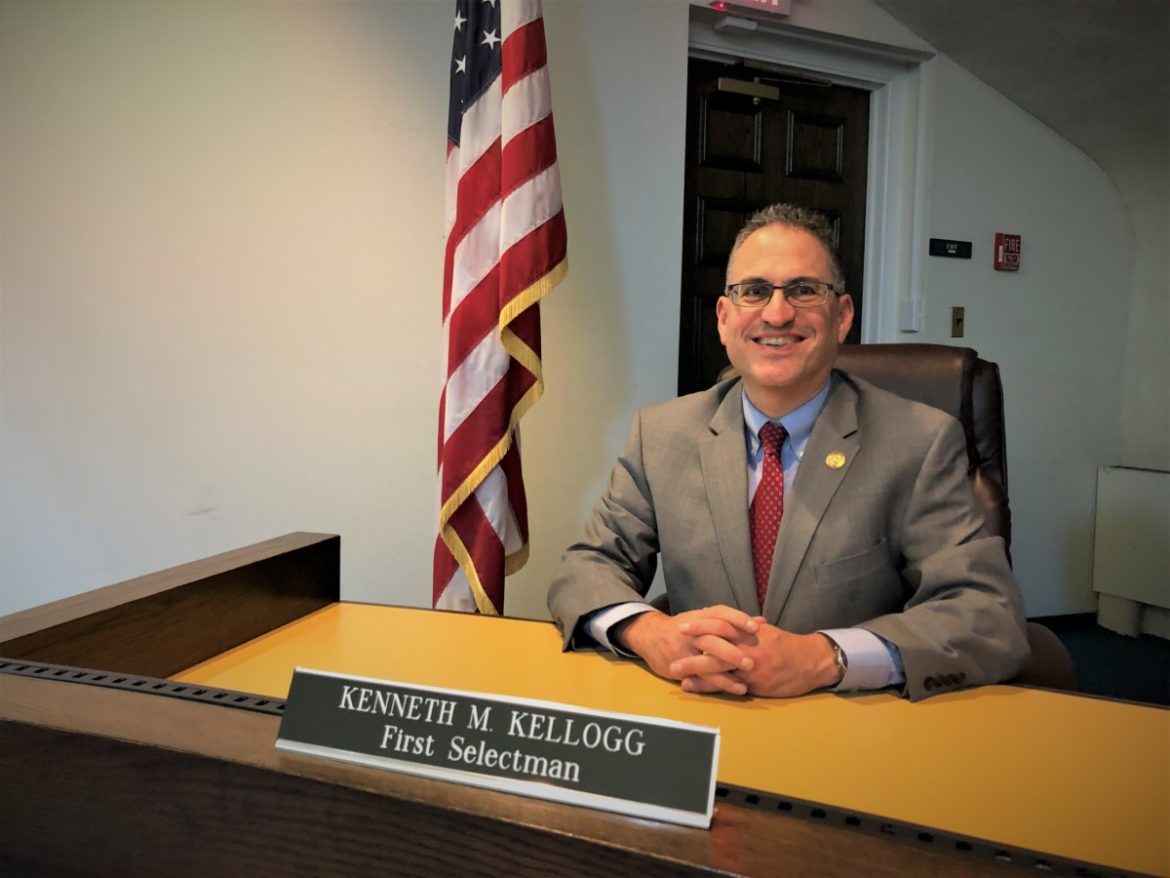 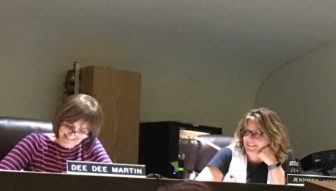 First Selectman Ken Kellogg will not face a challenge in his bid for a second consecutive term in this November’s municipal election. However, that does not mean the opposition party supports the incumbent Republican.

“I would hope that it’s certainly at least an acknowledgement and recognition that I’m working hard every day to control taxes and improve services in our community,” Kellogg said, “and I’m doing that in a collaborative fashion to serve all residents in our town.”

“First Selectman Kellogg has done a remarkable job in controlling taxes while improving services and fostering a positive environment for economic growth,” said Sean O’Rourke, chairman of the RTC.

During the Republican caucus, Town Council Vice-Chairwoman Enid Lipeles praised Kellogg for the way he restructured town land use departments and his efforts to improve the permitting process.

“From major changes, such as hiring our new Town Planner, to simple things like inserting park stickers in the mail, Kellogg is working tirelessly for this community,” Lipeles said. “He has added hours at the library, the pool at Wolfe Park, and expanded recreational programming for our Senior Center.”

But the Monroe Democratic Town Committee’s Executive Board accused Kellogg’s administration of using the undesignated fund balance surplus to artificially lower the tax rate, while draining savings so taxes will be higher in future years.

While Republicans see signs of economic growth, Democrats mention the “for lease” signs along the commercial thoroughfares of routes 25 and 111.

Democrats called for a comprehensive economic development strategy to grow Monroe’s commercial tax base and reduce the burden on residential property owners. Patricia Paniccia, chairwoman of the Democratic Town Committee, said her party has been expressing the need for an economic development coordinator for years.

“Our lack of a candidate is not an endorsement,” Paniccia said. “We would be less than candid if we did not acknowledge our disappointment that no qualified candidate emerged. The first term incumbent gets at best an, ‘incomplete,’ and at worst a failing grade for failing to address the issues we have cited.”

Asked about the use of the undesignated fund balance to reduce taxes, Kellogg said, “if we have funds that exceed the parameters of the desired fund balance set by the Board of Finance, those are dollars that belong to the taxpayers.”

Kellogg said he has worked to control taxes by focusing on controlling spending and growing the commercial side of the grand list.

Republicans control virtually all of the boards and commissions in town and Democrats say Republicans do not allow an opportunity for Democrats to sit on town boards other than the seats allotted by law in many cases.

“Yet, the Republicans have 14 vacancies on local boards and commissions,” Paniccia said. “One of those 14 is a crucial open seat on our town’s six-member Board of Finance.”

She said electing more Democrats will result in “proper budgeting and accountability, proper economic development, and the need for everyone who has an idea to have a seat at the table.”

“The Monroe Democrats have put forth a slate of incumbents and newcomers, former Monroe teachers and a former Monroe HR director who are all neighbors and friends of the citizens of Monroe,” Paniccia said. “We believe that our experience in our local government, community and professional experiences will be a great asset to all of the elected positions that our candidates are running for.”

Board of Finance: Steve Kirsch

Board of Education: incumbent Alan Vaglivelo and Nick Kapoor, a  former councilman.

Planning and Zoning Commission Alternate: Domenic Paniccia, who currently serves on the Zoning Board of Appeals.

Kellogg said he looks forward to continued progress, including ongoing work to implement strategic plans, such as long-term planning for improvements to town facilities.

“We’re developing a roadmap to address needs over time in a financially responsible way,” he said. “I may have the most visible job at Town Hall, but I am surrounded by many great people. Whether paid staff or volunteers, including our elected and appointed boards, commissions and committees, I am proud of the teamwork and collaboration we have built.”

O’Rourke said, “we are proud to have a strong team of candidates, representing a wide spectrum of our Monroe community.”

Board of Finance: incumbents Craig Hirsh and Rebecca O’Donnell, and Tony Scott