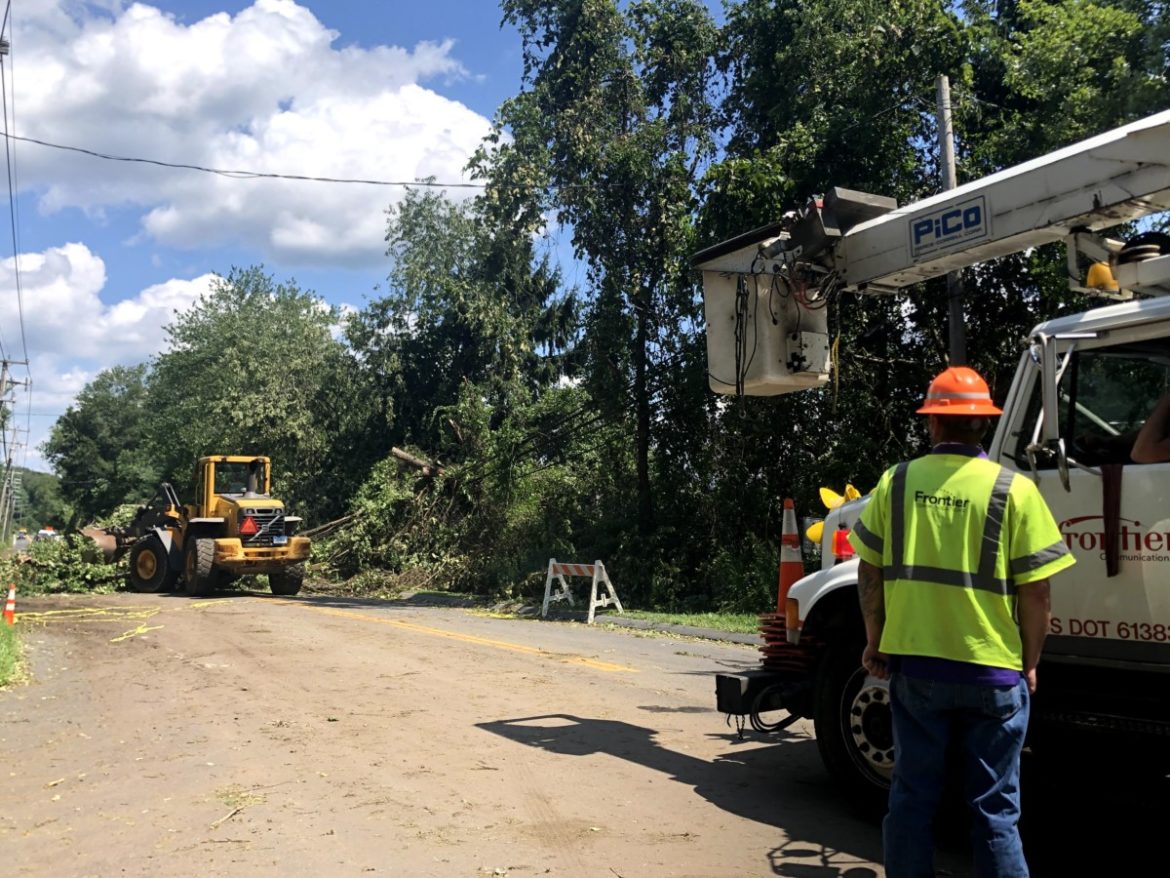 MONROE, CT — First Selectman Ken Kellogg announced a change in leadership for emergency management in town, during his update to the Town Council this week.

Kellogg praised David York for over two decades of leadership as Monroe’s emergency management director. During that time, he said emergency management evolved considerably, demanding an increasing amount of time — most recently for the response to the COVID-19 pandemic.

Police Capt. Keith White will be the new director and Fire Marshal William Davin has been appointed as the new deputy director.

“Keith White has served as deputy EMD since his promotion to police captain,” Kellogg said. “Since then, he has taken on increasing responsibilities for emergency management, as evidenced recently during our response to Tropical Storm Isaias and the ongoing pandemic.”

“Dave has a passion for our Community Emergency Response Team and has decided to focus his efforts on leading the volunteer CERT team,” Kellogg said. “In that capacity, Dave York will assume the role of deputy EMD-CERT. While this is a critical support role, it will be less demanding of his time.”

“I hope you will join me in congratulating Keith and Bill on these new assignments, and thanking Dave for his many years of service as EMD, and for his continued leadership on our CERT Team,” Kellogg said.

While sharing economic development news, Kellogg said Warehouse Wines & Spirits, an existing business, will move from Main Street and into a 4,600-square-f00t space formerly occupied by CVS in the Big Y shopping center on Monroe Turnpike.

He said final approval is pending at the next Planning and Zoning Commission meeting. Monroe Turnpike would then have Warehouse Wines & Spirits, GlenRo Spirit Shoppe and the new 574 Wines and Spirits.

At its current Main Street location, Biometrics/Northeast Laser plans to expand into the 6,800 square feet vacated by Warehouse Wines.

Crown Pizza, which has a location in Trumbull, is in the approval process to open a Monroe location, where the former Tuscany Pizza and Deli was, on Main Street.

ARX Wireless wants to construct a 170-foot cell tower on town-owned land at 345 Fan Hill Road, behind the Chalk Hill building. The proposal faces opposition from some neighboring property owners who have health concerns due to the site’s proximity to homes and schools.

An informational meeting was held late last month, so residents could hear a presentation of the proposal, ask questions and share concerns.

Kellogg said the next step in the approval process is for the Town Council to consider a ground lease, but questions raised in the September meeting must be answered first.

“I am specifically awaiting for ARX to finalize their report confirming their evaluation of other town land in the area and to correct certain addresses on their balloon simulation report,” he said.

“Furthermore, while the proposed lease is still under review with the town attorney, any lease to be considered would incorporate assurances from ARX to provide an independent power density emissions report to demonstrate compliance with FCC regulations,” Kellogg added.

When Storm Isaias slammed the region in August, it left 700,000 homes and businesses in Connecticut without power for several days. Monroe and other area towns shared frustration at how long it took for Eversource and other utility companies to respond to the extensive damage caused by fallen trees and downed wires.

The Connecticut Public Utilities Regulatory Authority (PURA) opened an investigation into electric distribution companies’ preparation for and response to the storm — and the legislative body can expect to get an earful from Monroe residents.

PURA granted the town’s motion for intervenor status, allowing Monroe to submit evidence, interrogatories, and file briefs in the investigation.

“We continue to collect statements from residents and businesses at www.monroect.org/pura, and have received over 70 reports, all of which will be submitted to PURA according to their docket schedule later this year,” Kellogg said Tuesday.

The first selectman said there are three more opportunities for the public to speak directly to PURA. Public hearings will be held via Zoom and residents must register in advance to attend:

Information and registration links to these public hearings are available on the town website under “News and Announcements.”