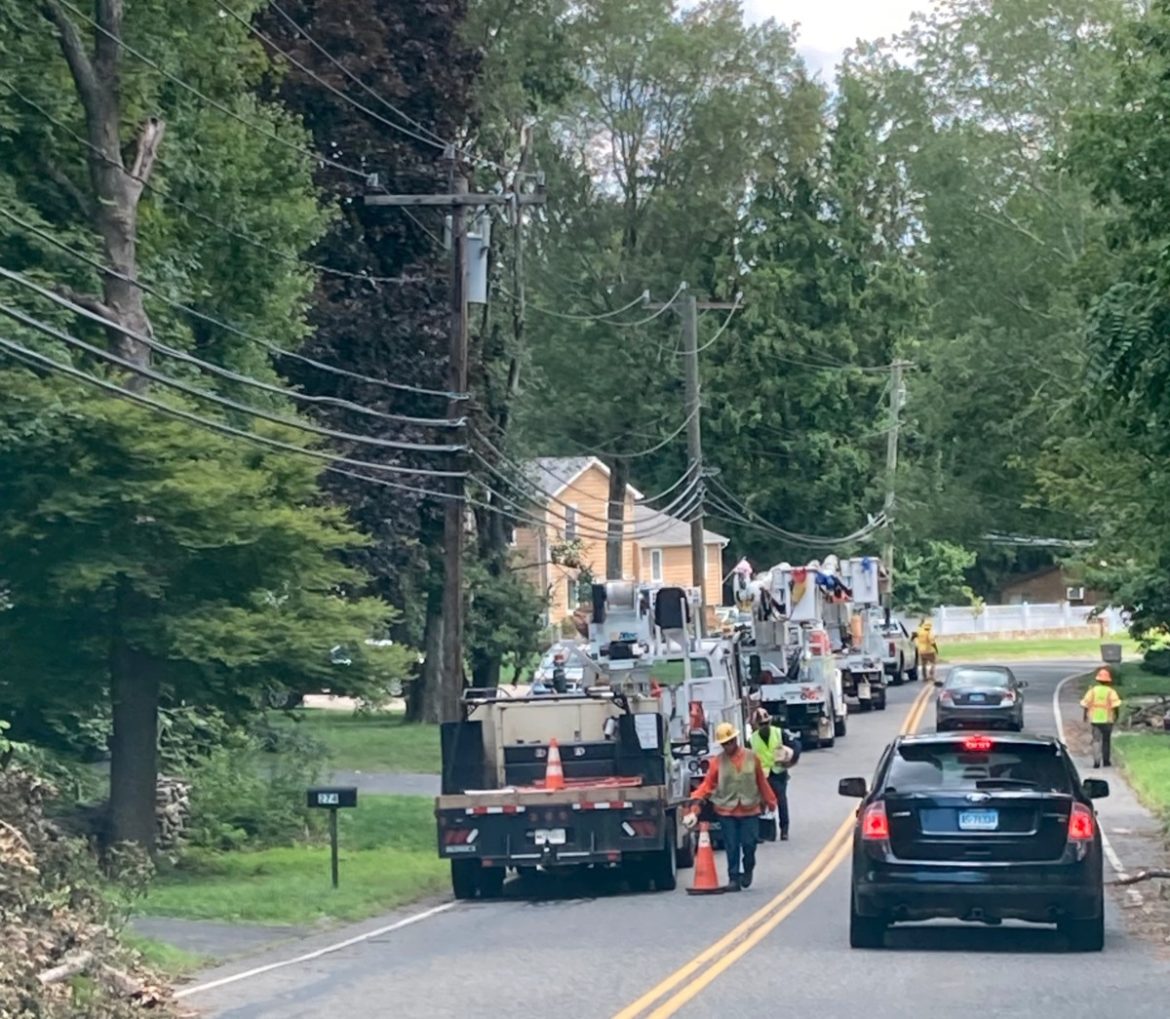 MONROE, CT — Residents and municipal leaders around the state directed their anger at utility companies over restoration efforts after Tropical Storm Isaias knocked out power to well over 700,000 homes and businesses, leaving many without electricity for several days.

The Connecticut Public Utilities Regulatory Authority (PURA) opened an investigation into electric distribution companies’ preparation for and response to the storm — and the legislative body can expect to get an earful from Monroe residents.

“It is critically important that the experiences and concerns of Monroe residents are heard, loud and clear, during the PURA investigation,” he told the Town Council at its meeting Monday.

The town has since created a webpage, where residents, businesses and property owners impacted by Tropical Storm Isaias may submit comments regarding the Eversource response. All comments will be submitted, along with those already received earlier this month, as testimony to PURA.

On Aug. 4, heavy winds from Tropical Storm Isaias caused power outages to over 80 percent of the town, toppling trees and taking down branches and wires to block locations on over 100 roadways. Power was not fully restored to all Monroe residents until Aug. 13.

Kellogg acknowledged the storm’s impact on the entire state, but said several municipal leaders shared his concerns “regarding the insufficient Eversource response.”

“Those insufficiencies, included, without limitation, inadequate resources, unexplained departures from the immediate deployment of ‘make safe’ crews to expedite clearing of roadways, and the provision of minimal crucial information to designated liaisons to Monroe’s Emergency Operations Center, resulting in an overall inability to effectively coordinate restoration efforts with Town officials,” Kellogg said in a news release Friday.

The Sun interviewed leaders in Oxford, Southbury and Middlebury who expressed similar criticism.

Townspeople complained of not being able to report outages to Eversource due to issues with the company’s reporting system early on, as well as a lack of updated information on when they could expect to get their power back.

It was not until the town was out for several days, that more trucks and crews arrived and restoration was done in earnest.

On Aug. 16, Bill Cummings of the New Haven Register wrote a story chronicling how the state’s electric companies have steadily reduced their workforce as earnings rose.