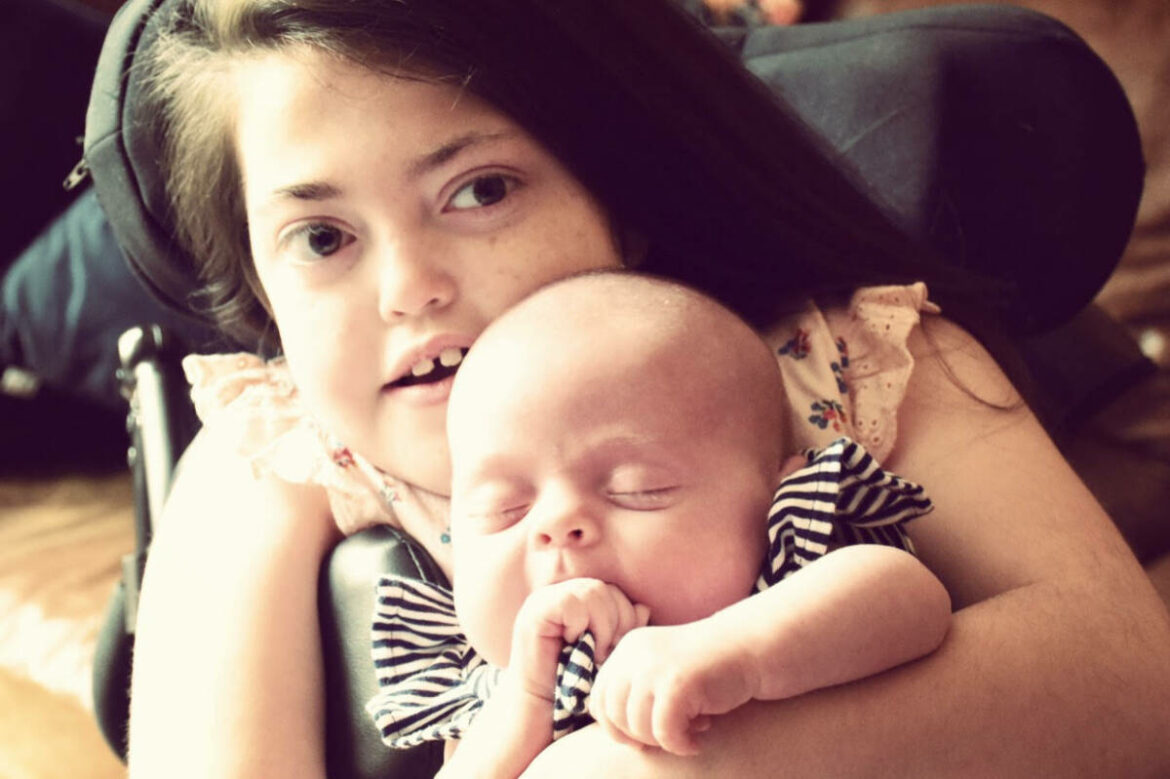 Reagan Deaso holds her little sister, Julia. Reagan, who had special needs, died in the spring at age 12.

MONROE, CT — Dianne Deaso looked forward to seeing her 12-year-old stepdaughter Reagan, who had special needs, play with the other children at The Wolfe’s Den, a new playground to be built at Wolfe Park. The playground will be wheelchair accessible, allowing children of all abilities to play together.

Sadly, the Deasos’ lost Reagan last spring. But the family is donating two swings designed for special needs children and a bench in Reagan’s honor to keep her memory alive.

“Playgrounds are easy enough to find, but being able to find a playground that has accessible equipment is far harder than it should be,” Dianne Deaso said. “We were so pleased when the playground started to get traction a few years back and they shared that it would be accessible.”

“Being able to donate two accessible swings that other children can use is a very heartwarming feeling,” Deaso said. “We are so pleased that other special needs children will be able to swing with ease.”

Purchases of equipment are among a number of ways residents can support the new playground, which will have a community build. The Monroe Playground Foundation, a 501c3 nonprofit, is leading the fundraising effort to replace the outdated wooden Kids Kreation Playground at Wolfe Park.

Dan Keene, chairman of the Monroe Playground Foundation’s board, expressed his gratitude to the Deaso family for their donation.

“Dianne was kind enough to donate two accessible swings to our cause, as well as a bench in memory of her daughter,” Keene said. “Those will be in place when the new playground is constructed.”

Keene said the target for construction is the spring of 2022, assuming fundraising stays on pace. The Monroe Playground Foundation’s board is trying to raise $400,000 for the playground.

“We’ve raised 60 percent of our goal so far, including the money earmarked by the town,” Keene said.

The foundation has organized Family Supper nights, A Sundae on the Green, Pictures in the Park, Light Up Monroe and Cow Plop Bingo among its family-oriented fundraisers. 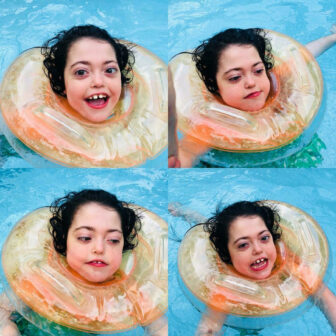 The foundation’s board is appreciative of the support from Deaso and others.

“We’re grateful for all the support we receive from the community, and we’re especially honored that Dianne and her family chose our cause to honor their daughter’s memory,” Keene said. “The accessible swings will be a wonderful addition to our new playground and the bench will provide a wonderful place to rest for weary parents chasing their kids around the playground.”

Keene has lived in Monroe for 11 years. He and his wife, Lisa, also a foundation board member, serving as secretary, have seven-year-old twins Sam and Emily.

“So, you could say my family is all in on this playground idea,” Keene said. “One of the things I love most about Wolfe Park is that it’s open to both residents of Monroe and nonresidents — it’s inclusive, just like the new playground will be! Our vision is side-by-side play for all the children of Monroe and we’re working every day to make that a reality!” 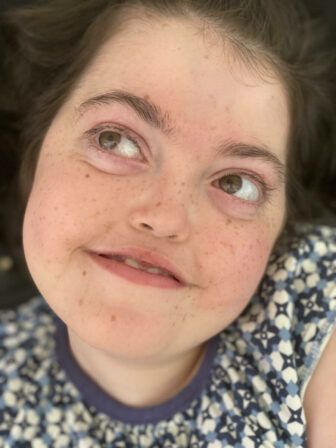 Reagan loved to swim, no matter how cold the water was. She wore a neck ring that allowed her head to stay above water. Deaso said it was the one time her stepdaughter was truly free of her limitations.

Deaso said Reagan had a gift for bringing her entire family together.

“Reagan was a love bug who loved Disney movies and cozy blankets,” Deaso said. “She loved to cuddle with her dad Ron and her mom Ashley and had instant love for her little sister.”

“A month prior to Reagan’s passing we were granted a wish from Make-A-Wish and we chose a swing set for Reagan. It was something that she could use with her younger sister, Julia,” Deaso recalled.

“Our last memory as a family was a beautiful sunny day in late March where we were all able to use the swing set together,” she said. “One of the swings that Make-A-Wish provided was an accessible swing that allowed Reagan to have her own swing with a harness. Our younger daughter came home from school with a fundraising form for The Wolfe’s Den and we realized it was a great way to honor Reagan.”

Deaso said the outpouring of support has been appreciated.

“We have also been able to make donations to Make-A-Wish, Yale New Haven Toy Chest, the Yale New Haven Child Life, Kisses from Katie, Ruth’s House — a home for single mothers — and several other smaller donations to charities that are close to our loved ones. We were also able to purchase two accessible swings and a bench in Reagan’s memory,” Deaso added. 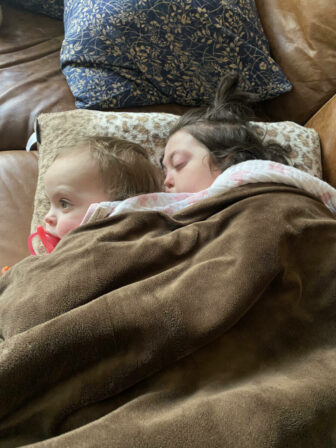 Deaso said the bench her family donates will have a plaque with Reagan’s name on it.

“The bench was important to our family, so when we take Julia to The Wolfe’s Den we will have a place at the park where we can sit and reflect on our love for Reagan. It will also allow her memory to live on with others in the town,” Deaso said.

“Reagan was a fighter, who was always happy. She taught those around her about perseverance and to not give up,” Deaso said. “We know that through the donations we have made to charities, and the equipment to The Wolfe’s Den, that Reagan’s memory will live on.”