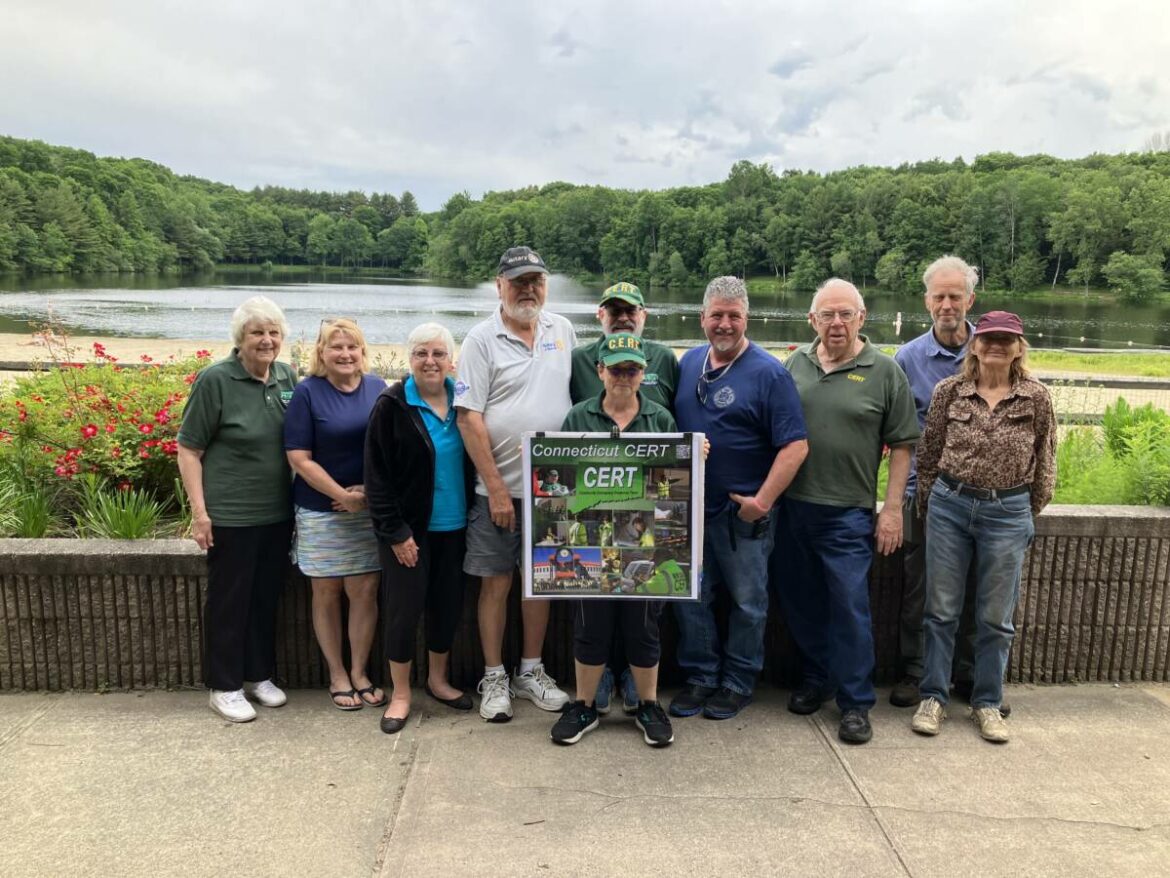 First Selectman Ken Kellogg, who attended the event, expressed his appreciation for the many different ways CERT has supported the community.

Another special guest was Don Smith, chief of the Monroe Volunteer Emergency Medical Service. He had been an instructor for Monroe CERT since it was formed.

BOSTON, Mass. — Chelsea Onuska, of Monroe, made the dean’s list at Wentworth Institute of Technology for the Spring 2022 semester. 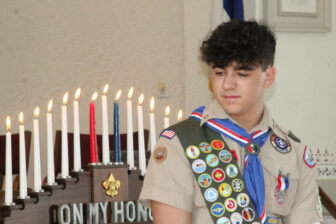 Malewicki, who graduated from Masuk High School this spring, led a project to build a gaga ball pit near the overflow lot at Wolfe Park for his Eagle.

Malewicki joined the Cub Scouts in the first grade and crossed over to the Boy Scouts at the end of fifth grade. Ed Gratrix is the scout master of Troop 63 and Malewicki’s father, Joe, is assistant scout master.

Scouts must demonstrate proficiency in leadership, service and outdoor skills at multiple levels before achieving the Eagle Scout rank. In 2019, before the COVID-19 pandemic, only 8 percent of all Boy Scouts in the nation earned the Eagle rank. 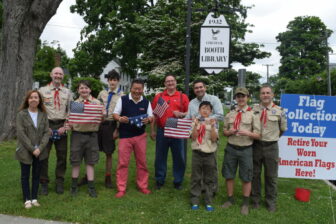 Residents turned in their worn and tattered flags to be retired at VFW Post 308 in Newtown, at a brief Flag Day ceremony on June 14.

Scouts demonstrated the proper procedure for folding an American flag for the public and legislators. During the collection, among the dozens of flags received was a very large 12′ x 18′ U.S. flag from the owners of Sippin Energy Products and an old, 48-star “Stars & Stripes”, such as those in use from 1912 to 1949.

“Thank you to all of the organizations involved in making this drive happen, from the C.H. Booth Library, to the Scouts who collected them,” Scott said. “Many brave men and women have made the ultimate sacrifice for our country while protecting freedom and democracy. Our country’s flag, and the ideals it stands for, should always be treated in a dignified and respectful manner, including when it is taken out of service.”

In 1916, President Woodrow Wilson marked the anniversary of the Second Continental Congress passing a resolution stating that “the flag of the United States be 13 stripes, alternate red and white,” and that “the union be 13 stars, white in a blue field, representing a new constellation” by officially establishing June 14 as Flag Day.

The U.S. Flag Code specifies that old American flags no longer in service must be properly disposed. The collected flags will be given to the VFW Post for proper retirement during a ceremony on June 14.