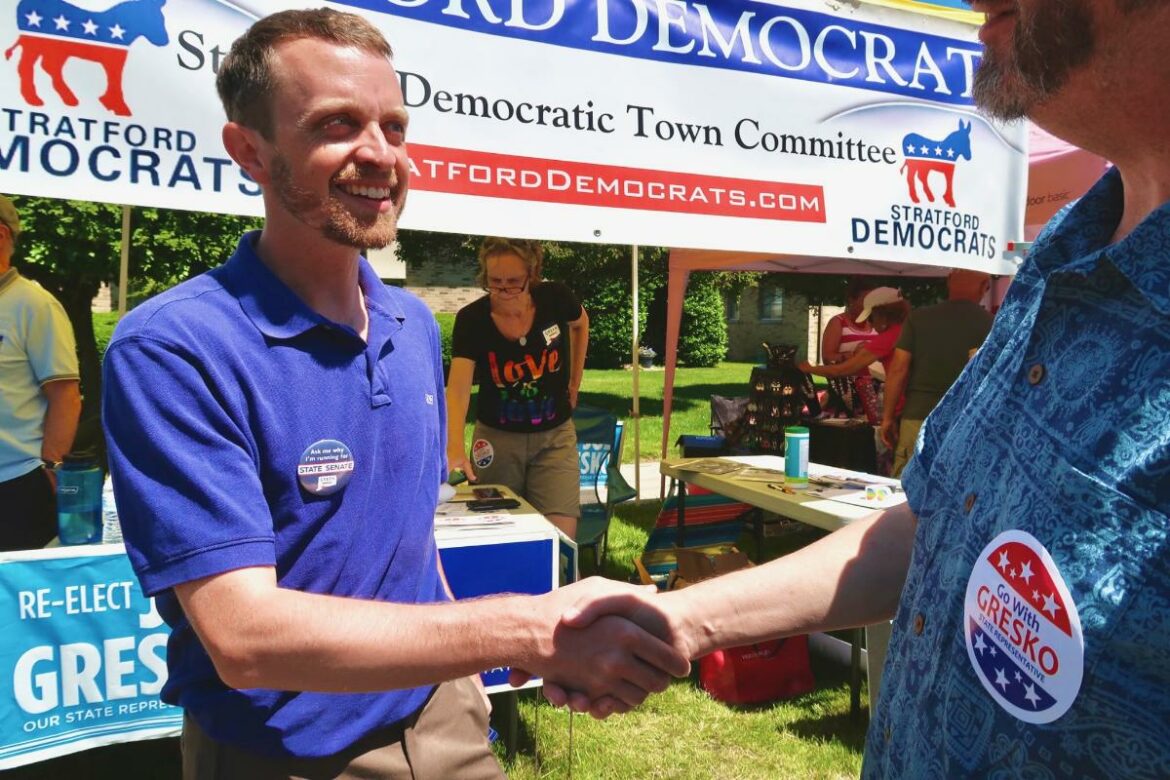 STRATFORD, CT – Christopher Green, who announced his intention to challenge six-term-incumbent Republican, Kevin Kelly, for the 21st State Senate District in April, was recently endorsed as the Democratic candidate in the race to represent the district, which includes Shelton, most of Stratford, and parts of Monroe and Seymour.

“I believe residents in my district are ready for a change,” said Green, a resident of Stratford. “We need someone who will truly fight for middle- and working-class families, not someone who voted against the paid leave act and efforts to raise the minimum wage.”

Kelly announced his intention to seek another term in mid-May.

Green said he was inspired to join the race, in part, because of the birth of his and his wife’s first child earlier this year.

“I want to create a better future for my daughter and for everyone in Connecticut,” Green said. “I will focus on fiscal responsibility, increased affordability, jobs and educational opportunity, and protecting our rights.”

A graduate of Harvard University, Green began his career as a middle school math teacher before joining an educational enrichment company. In his role as principal and regional manager for Connecticut, he launched two after-school learning centers in Wethersfield and Stamford working with over 2,000 students each week.

Green also is an active member of the Stratford Democratic Town Committee and was treasurer for all 10 town council candidates in the November 2021 election.

Green said the governor and Democratic leaders have made progress in providing targeted tax cuts to families with children, retirees, and others, but he believes more can be done.

“I want to continue pushing for affordability for all of our residents,” he said. “I support living wages indexed to inflation and where tax cuts are possible, they must go first and foremost towards our working and middle class.”

“I will fight for healthcare and educational access and affordability, reasonably priced housing, and investments in infrastructure, schools, and career training programs,” Green continued.

“At the same time, I hope to help modernize our voting laws and will tirelessly defend the rights of women and the LGBTQ+ community as well as the right for labor to organize to protect the interests of workers, especially against our largest corporations,” Green said.

For information, visit the Christopher Green for Senate website or email him at [email protected]