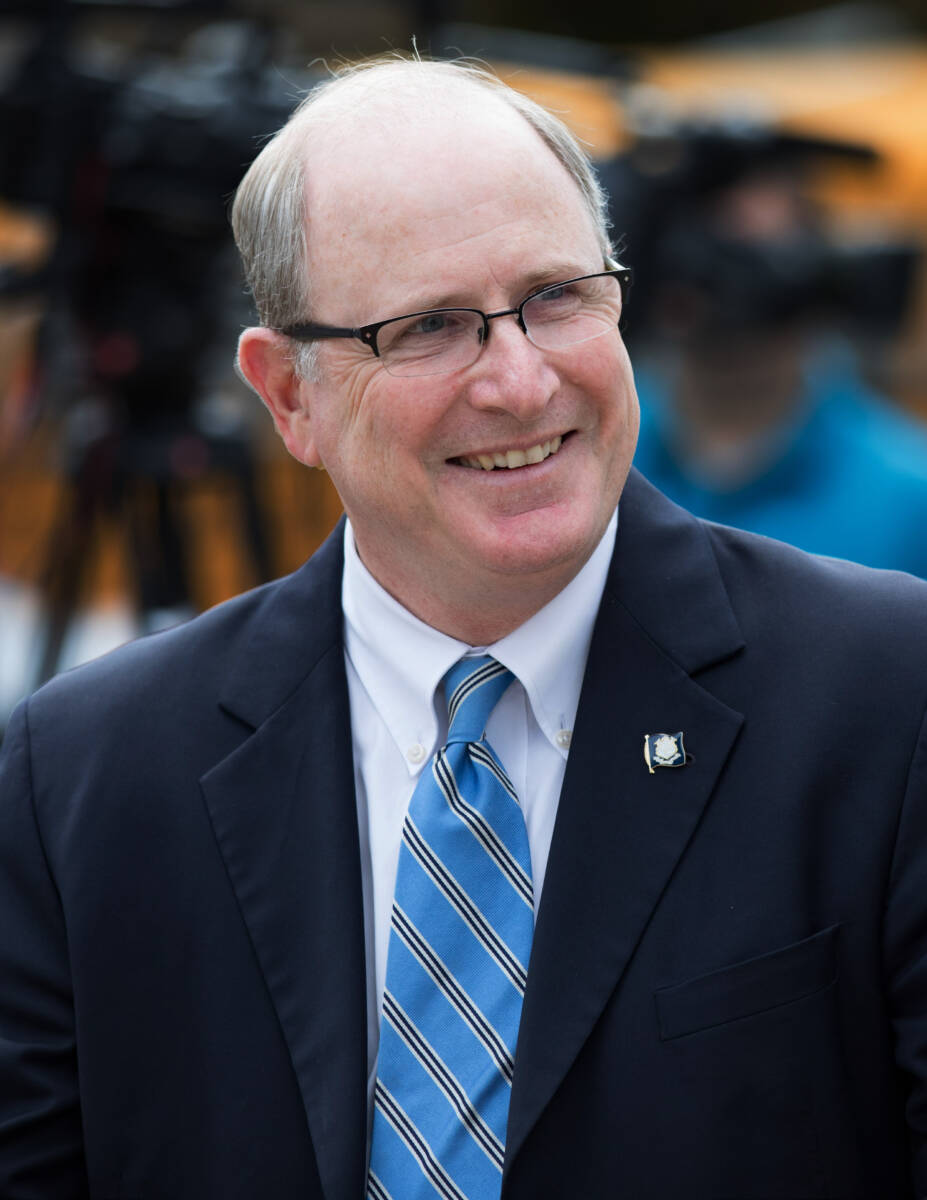 The Republican legislator currently serves as the Senate Minority Leader in the state Senate and works as an elder law attorney as the owner of Kevin Kelly & Associates, PC; a Stratford law firm.

Prior to working in private practice, Kelly worked as an investigator for the Department of Social Services for over 13 years. He and his wife Cindy live in Stratford and have four children and seven grandchildren.

Kelly said he is an advocate for common sense solutions to make Connecticut more affordable, grow jobs, and increase access to health care at all stages of life.

“I love Connecticut. I grew up in Stratford, raised my family here, and get to watch my grandchildren grow up here,” he said in a press release. “But I also see the struggles working and middle-class families are facing today. Connecticut is unaffordable for far too many families. Necessities like good paying jobs and affordable health care remain out of reach. Inflation is only making it harder for people to balance their household budgets and putting further strain on all aspects of life.”

“I am running to bring the voices of all people to the State Capitol and fight for a more affordable, healthier, and safer Connecticut,” Kelly continued. “I will continue to propose and stand up for policies that show a better way to help all Connecticut residents, like cutting the income tax on low- and middle-income Connecticut residents and driving down out of control health care cost growth. I will also continue to stand up to politicians and policies that have overtaxed our families and put Connecticut near dead last in the nation in job growth and income growth.”

“As an elder law attorney and former Department of Social Services employee, I understand the challenges faced by Connecticut’s most vulnerable residents and see how desperately Connecticut’s working- and middle-class families need relief,” he said.

As a state senator, Kelly said he has championed historic bipartisan legislation to enhance children’s mental health care, to reduce the price of insulin, to increase access to life-saving early screenings for diseases including breast cancer and ovarian cancer, and to make pregnancy a qualifying life event to connect more people to vital prenatal care. He said he is also a leading state advocate for seniors and elderly residents, successfully working to increase supports for nursing home residents, family caregivers, and aging in place initiatives as well as strengthen the state’s elder abuse laws.

Kelly has been recognized by many advocacy groups for his work focused on creating jobs, supporting seniors, protecting the environment, and improving health care access.

He received the AARP National Capitol Caregiver Award, the Advocate of School Nursing Award, the Oral Health Champion Award, the Radiological Society of Connecticut’s Outstanding Commitment to Quality Health Care and Patient Access Award, as well as awards from the Greater Connecticut/Western Massachusetts Chapter of the Juvenile Diabetes Research Foundation, the Connecticut Association of Optometrists, the Bridgeport Regional Business Council, the Connecticut League of Conservation Voters, and the Connecticut Marine Trades Association.

“I want Connecticut to be a place where all people have access to affordable health care and good paying jobs, where seniors can safely age in place, where people are not afraid in their own communities or homes, where our environment is protected and respected, where the most vulnerable have needed supports, and where working- and middle-class families can afford to live here without having to make impossible choices and sacrifices,” Kelly said.